Released in 2018, the Buck 112 Slim Ranger Pro is an evolution of an iconic knife of the woods. It may have received a lukewarm reception, but I’ve come to love this little EDC blade.

Take a beloved blade and remake it with better steel. Trim the weight to make it barely noticeable in the pocket. Add a pocket clip. Slightly alter the blade shape. 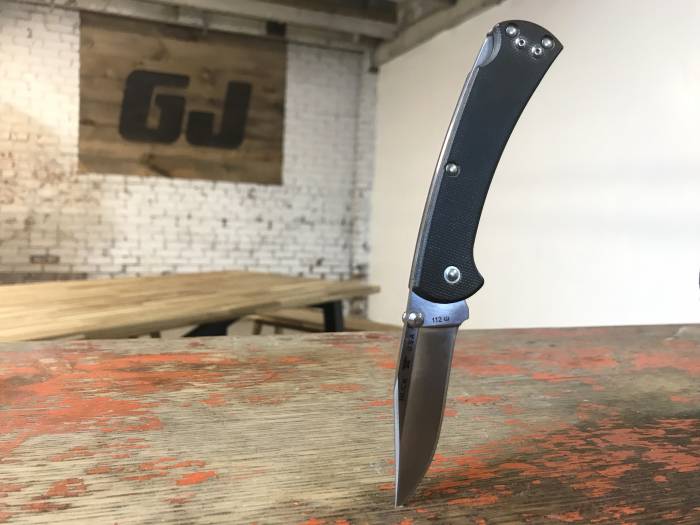 That’s what Buck did when it created the 112 Slim Ranger Pro. And to me, it was a recipe for a really wonderful EDC knife. It did, however, get roasted for a few quality control and other issues early on in its release.

I’ve been carrying this blade almost every day for the past 3 months and have come to love the trusty pocket knife. Read on for my impressions of this easy-to-carry (and dismiss) little blade.

Reading the professional reviews out there, I think I’m in the minority in loving this knife. So, why do I like it?

I’ll tell you. But first I’ll mention why others don’t like it. First, many of this knife’s reviewers discuss early samples with quality control issues. Several reviewers note an off-center blade on review samples. Others call out poor grinding that damaged the heat treatment of the steel, lessening its edge-holding potential. 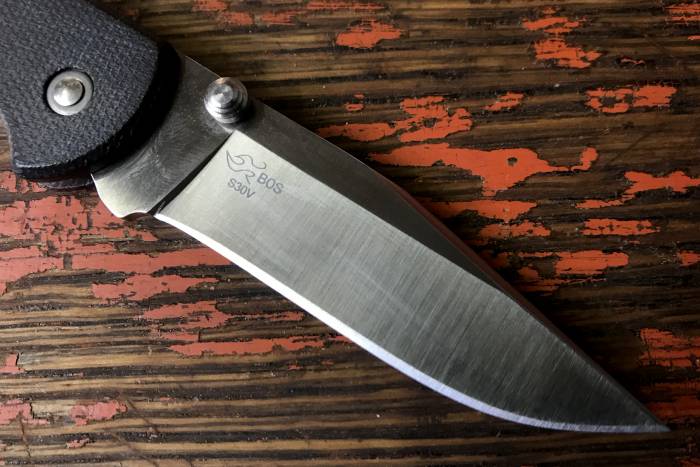 But in examining two 112 Slim Ranger Pros, I’ve seen none of these problems. Now my regular EDC, this knife is centered well, locks up hard, and has very little blade play even though it has no liners. I can only judge the knife on the merits I see, so I’ve been very pleased so far.

Many also dislike the pocket clip. That one I tend to agree with, even though it’s entirely functional in my opinion. It’s just, well, ugly. Buck should get rid of the anvil logo on the clip and go with something more elegant. The knife deserves it.

Buck 112 Slim Ranger Pro in Use

I’ve used the 112 Slim Ranger Pro a ton since picking it up and have been very pleased. I use it daily to open and break down boxes, cut string or rope, tend the garden — basically, anywhere I need a knife. 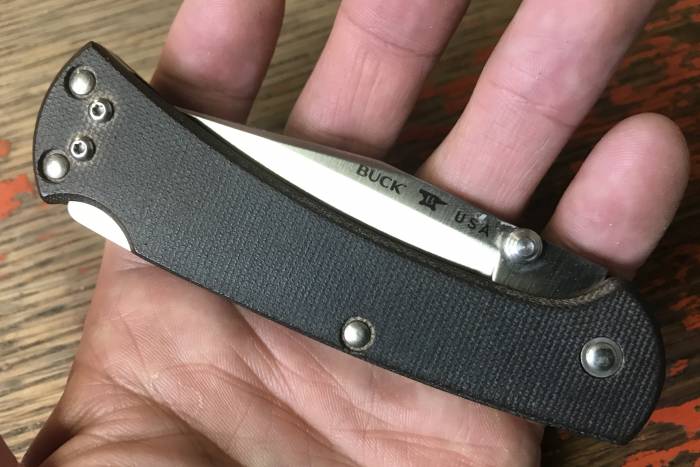 And man does it hold an edge well! To me, this was no surprise. The 112 Slim Ranger Pro uses BOS S30V steel. To me, it’s one of the best steels at a reasonable price on the market. I’ve used other S30V Buck knives for hunting elk. They can process an entire animal without losing an edge. That’s a serious testament.

And so this steel in a light EDC knife is spectacular for me. In 3 months, I’ve not so much as stropped it, and it’s still paper-slicing sharp. It’s probably due for maintenance soon, so I’ll update with my experience stropping. It will likely take a bit of time, as this steel is wicked hard. 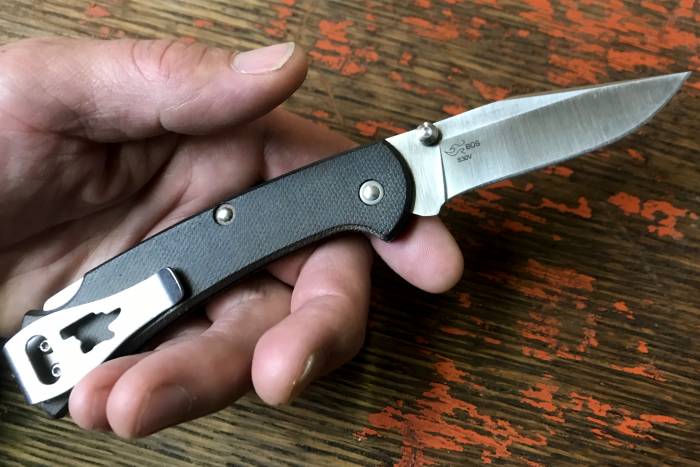 The Micarta handle is great in my medium-size hands. It gives a good grip, and it’s not slippery when wet.

In the pocket, the knife is light. I barely know it’s there until I need it. But the clip, well, it’s not great. Buck should redesign it with something a little longer and slimmer. This knife deserves a better clip. 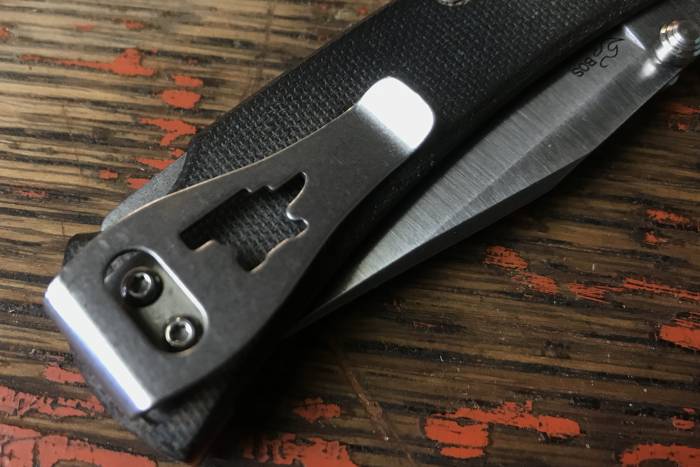 Otherwise, it’s wonderful. The knife has no metal liner, which some other reviewers have called out as a negative. But that makes it super light at just 2 ounces.

Plus, the knife opens one-handed and has an ambidextrous thumb stud. The user can move the clip to either side for left- or right-handed use. While it flips open with a nice sharp snap, it does take some force and practice.

Up Next: Leatherman FREE Review: The Best Multitool Ever?