At just 2.6 ounces, this small blue box contains an array of fish-finding mechanisms that can aid angler success in any type of water. And it brings Garmin’s fishing technology directly to your cellphone.

You can cast or drop the small but mighty Garmin STRIKER Cast GPS ($180) or sans GPS ($130) to depths of 2-150 feet in both freshwater or saltwater with a 20-pound test weight or higher line. It delivers sonar data from fish up to 200 feet away, and it checks water temperatures while it’s at it. 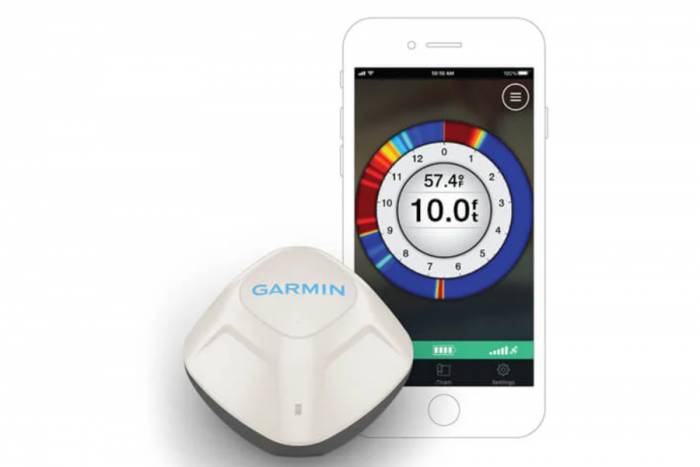 Smartly, the device powers on when it hits the water and it powers down once it’s out. And it boasts a rechargeable battery life of 10+ hours, plenty of time for long hours spent on the water. GPS capability allows anglers to mark hot spots, boats, and docks for future outings.

“Now more than ever, consumers are finding ways to spend more time outside enjoying the great outdoors, and for so many, that includes fishing,” said Dan Bartel, Garmin vice president of global consumer sales.

“Whether you’re new to the sport or a seasoned angler fishing from shorelines, docks or piers, STRIKER Cast will help you identify structure and fish, right from the palm of your hand.”