Most of the United States’ eastern seaboard is preparing for the impact of Hurricane Florence, a Category 4 storm. And one group of athletes prepares to race in front of it.

Participants in the Shenandoah Tough, a part of the Adventure Racing World Series, are preparing today to compete on a 250-mile wilderness course that traverses Virginia.

More than 1 million residents along the coasts of the Carolinas and Virginia have been ordered to evacuate inland. Hurricane Florence is packing winds over 130 miles per hour. Forecasters expect it to strengthen before making landfall sometimes Thursday.

It’s a scary storm. But for a group of adventure racers, it’s another element to outrun.

The Shenandoah Tough race, which was scheduled to start on Thursday at 8 a.m., has now been moved 12 hours ahead. It will kick off at 8 p.m. today. Organizers hope the earlier start and expected track of the storm will allow racers time to complete the course before heavy rains inundate the region.

“It’s all a go at 8 p.m. tonight to get ahead of Hurricane Florence,” organizers from Adventure Enablers noted on the group’s Facebook page. “Almost without exception, the racers have expressed excitement about doing something they’ve never done before … try to outrace a hurricane.”

GearJunkie contributors Jason and Chelsey Magness will be leading team BendRacing/YogaSlackers in the event. “I’ve been in hundreds of big races, and often organizers delay start times because of weather,” Jason said. “But I’ve never seen the start time moved up like this. I think they actually hope we can outrun the storm.”

Per Adventure Racing World Series rules, organizers will not reveal the course until a few hours before the start. Pre-race communications alerted the teams to expect heavy and continuous rains. Some forecasts predict more than 30 inches of rain between Thursday and Sunday.

The race organization is working on several contingency plans, including canceling the paddling section due to flooding.

Team BendRacing is both excited and scared.

“There really is no precedent to something like this. We’ve raced in a lot of harsh conditions, but this storm has the potential to knock out a huge swath of logistical support that is necessary for the race to function,” Jason Magness said.

“If roads flood, power fails, and infrastructure collapses, it will be impossible for the event organizers to continue to reach the transition areas, and we could find ourselves stranded.”

Fortunately for racers, the current track takes the brunt of the storm to the south of the course. If the hurricane continues along its projected track, racers could face heavy rain if they don’t finish quickly. It appears that hurricane-force winds will remain far south of the course. 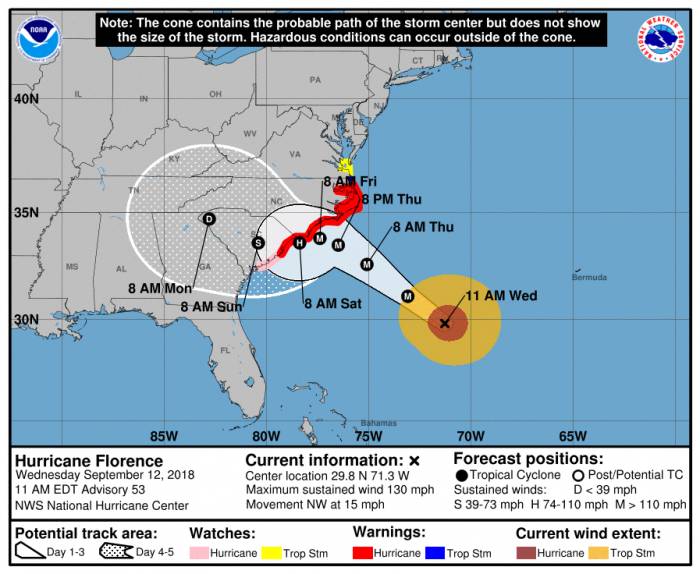 “But the team aspect of the event (all four members must stay together at all times) adds an element of safety. And since the beginning of the sport, there has been an emphasis on self-reliance and self-rescue,” Magness continued.

“This race has attracted some of the most experienced teams in the U.S. and is run by Adventure Enablers, one of the most capable race organizations out there. That said, none of us have ever raced a hurricane before.”

The course is about 250 miles long, with 46,000 feet of elevation gain. It’s a doozy even in perfect weather conditions. Most teams race nearly continuously under normal circumstances, taking only an hour or two of sleep over the course of 60-plus hours.

Organizers will provide live tracking and updates via the race’s website.

Up Next: 2020 Kia Telluride: Luxury SUV Goes From Concept to Creation