Phoebe Smith has slept soundly on mountaintops and inside glaciers. Now she’s sharing her secrets through the popular app Calm. Think bedtime stories for adults.

Smith has spent a better part of her life as an “extreme sleep adventurer.” In fact, the U.K.-based travel author has written eight books related to sleeping in some of the weirdest places in the world. She’s so good at it that the sleep and meditation app Calm recently tapped her to write and narrate bedtime stories for grown-ups.

To learn more, we caught up with Smith after a chilly visit to the Scottish Highlands. She explained how her “Sleep Story Collection” soothes buzzing adults to sleep like babies. 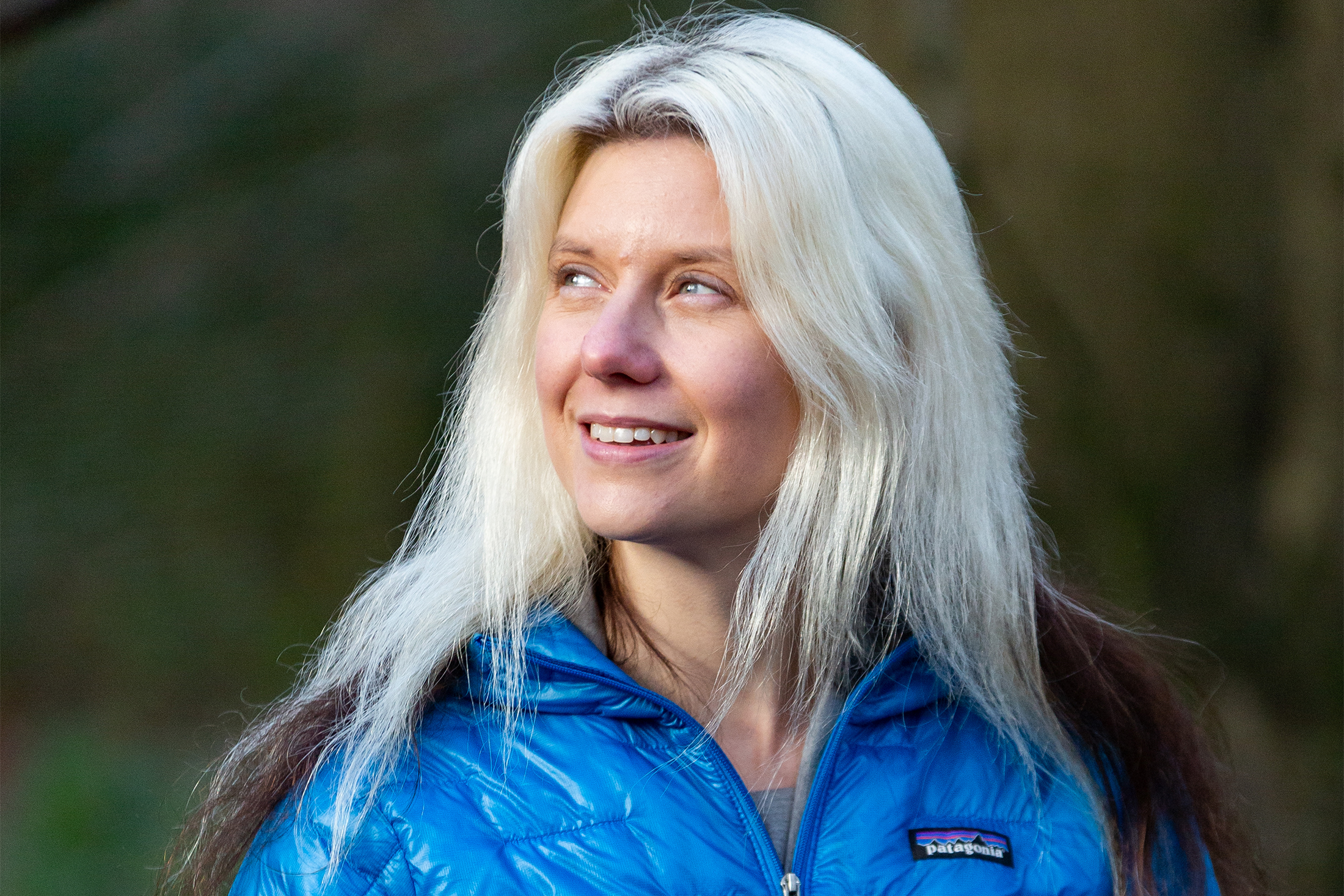 One Good Night in Australia

Smith didn’t even grow up camping, aka sleeping outside. But one night over a decade ago while visiting Australia, she had the most remarkable night of sleep, drifting off while waiting for the sun to set.

“I got addicted,” she said. “And that led to me traveling around the world and in my own country.”

Since then, she has slept on mountains, glaciers, sea cliffs, and even inside a tree trunk. When she writes about her dreamy adventures, the crux is the tendency to end in profoundly deep sleep.

“I found that I slept really well on these trips, but not in my own bed,” she said. Smith knew she wasn’t alone. Research overwhelmingly suggests that people are more stressed, increasingly depressed, and sleeping less in the modern world. Insomnia is widespread. 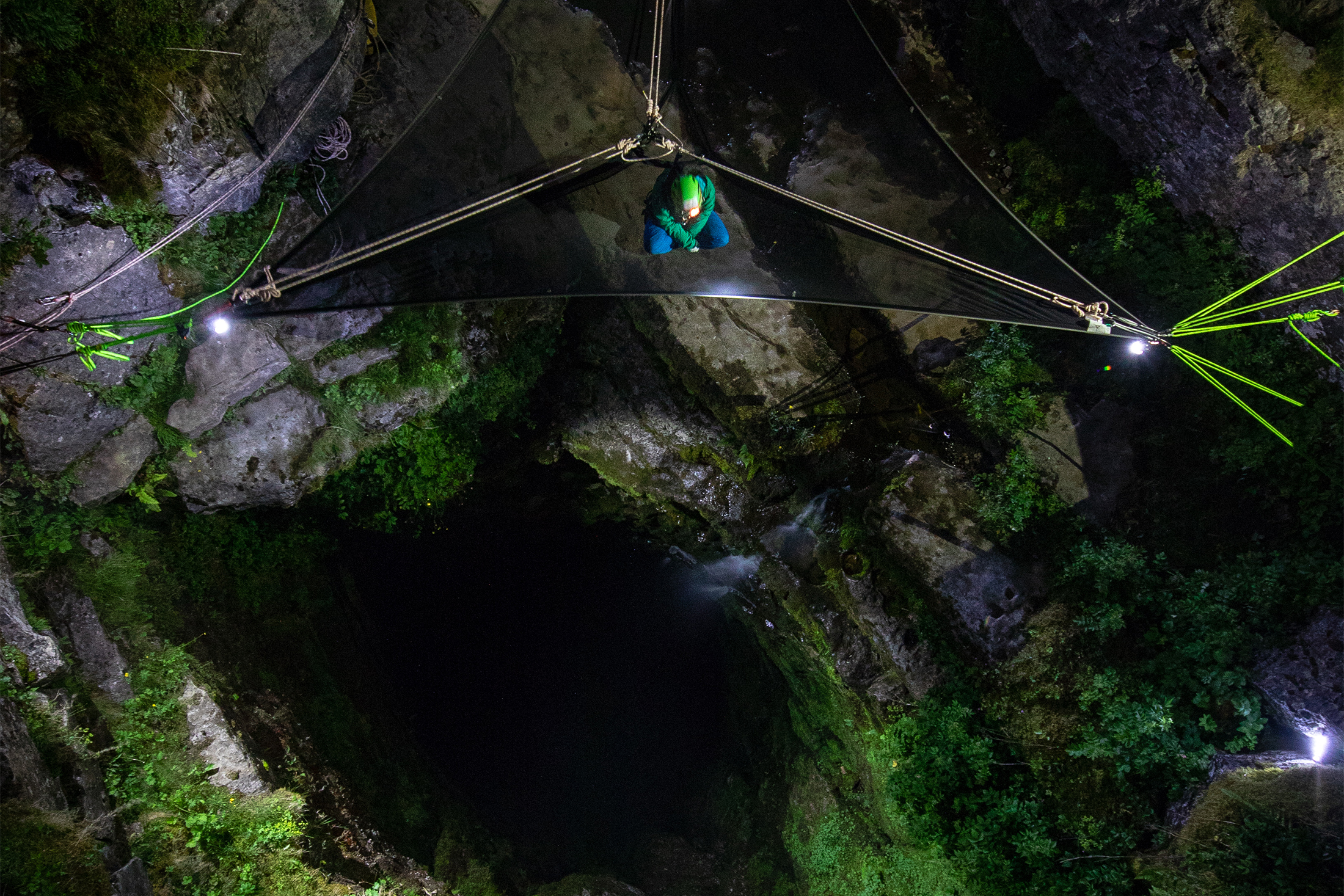 And that is exhausting in its own special way.

The Best Sleep Stories Are Transporting

So Calm asked Smith to bring those extreme sleeping adventures into the bedroom. And she has delivered as much with her personal sleep series, some of which she narrates. Master storytellers like Stephen Fry narrate others.

Calm describes these sleep-inducing audio tales as a mix of words, music, mindfulness, and sound effects to help listeners wind down. “Writing about a place somewhere different and transporting people somewhere makes them gently let go of worries and concerns,” Smith explained.

Her sleep stories transport listeners on her favorite extreme sleeping adventures. One follows a winding road to the ancient cedar forests of Morocco. Others explore the jungles of Madagascar and an outdoor network of huts in Scotland. One can even sleepwalk among the elephants in Nepal. 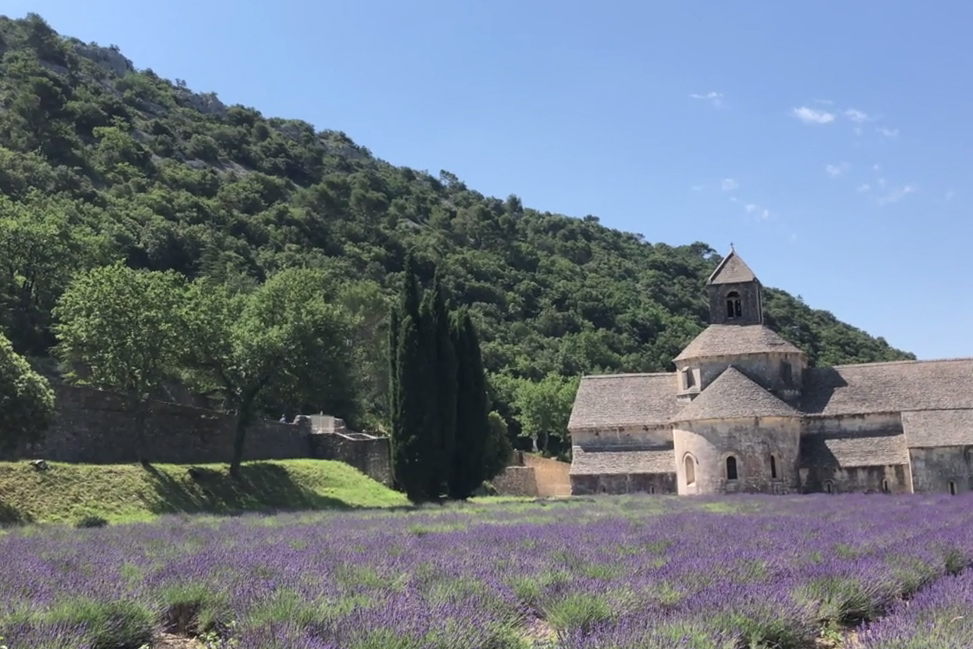 To date “Blue Gold” is Smith’s most popular sleep story on the Calm app. She set the story in the lavender fields of Provence. “It’s an iconic destination with these amazing fields that almost glow blue at sunrise,” she said. “And we all know you’re supposed to spray lavender on your pillow to relax and destress.”

I don’t know about you, but I feel like a nap already.

An adult bedtime story is great. (And you can download the Calm Sleep Stories on your phone to go.) But not everyone sleeps well in the wild. So what guarantees a good night’s rest when sleeping outdoors? Smith says knowledge, practice — and the right gear. 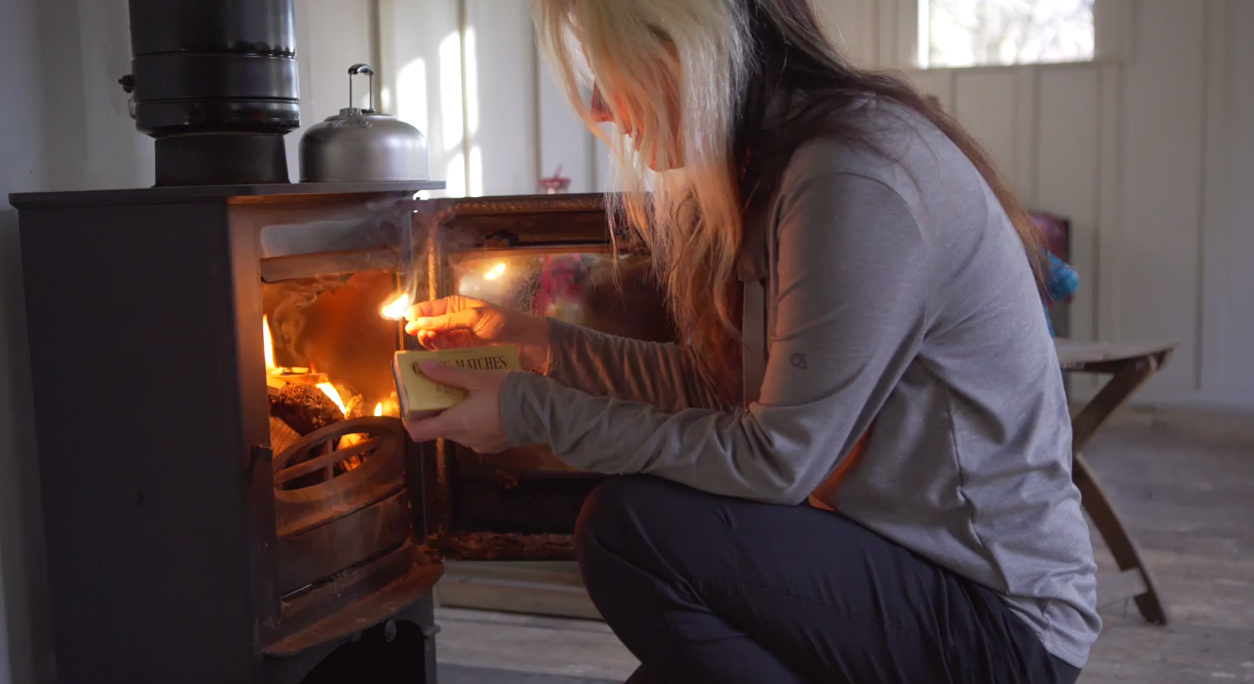 “I invested in a good kit,” she said. “I never skimp on a tent, sleeping bag, pad, hot drinks, and a change of clothes for sleeping. This tells your body it’s in the process of getting ready to go to bed.”

Her favorite trick on cold nights is filling a Sigg as a makeshift hot-water bottle. Load it with boiling water, wrap it in a sock, and put in your sleeping bag. See what else Smith takes when sleeping outside here.

Up Next: NEMO Teams With First Lite on Ultralight Camping Kit for Hunters