A 23-year-old Duluth man is attempting to circumnavigate Lake Superior on a SUP board. 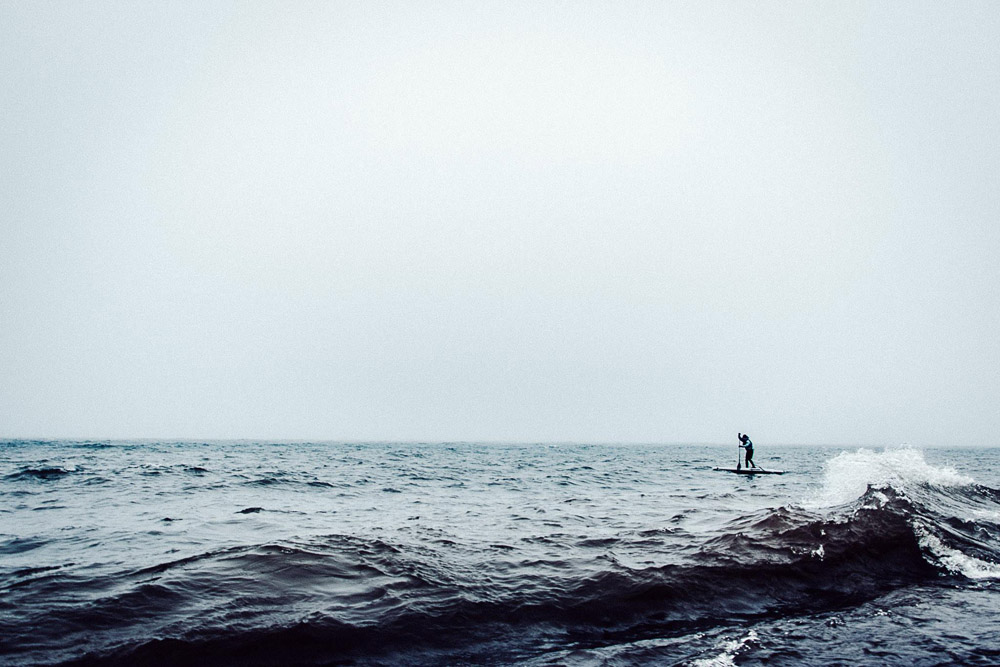 You read that right: a stand up paddle board.

Jared Munch launched his trip about a month ago, departing from Duluth, Minn., and heading north. His plans call for nearly two and a half months paddling 1,200 miles along Lake Superior’s rugged coastline. Except for food drops ever 150-200 miles, Munch will be unsupported, hauling gear aboard his 14-foot C4 Waterman Wai Nui.

He has paddled about 120 miles so far and stopped just short of the Canadian border for a two-week break to return to Duluth to work and raise funds for the remainder of the trip. Munch resumed his trip this week, starting where he left off. 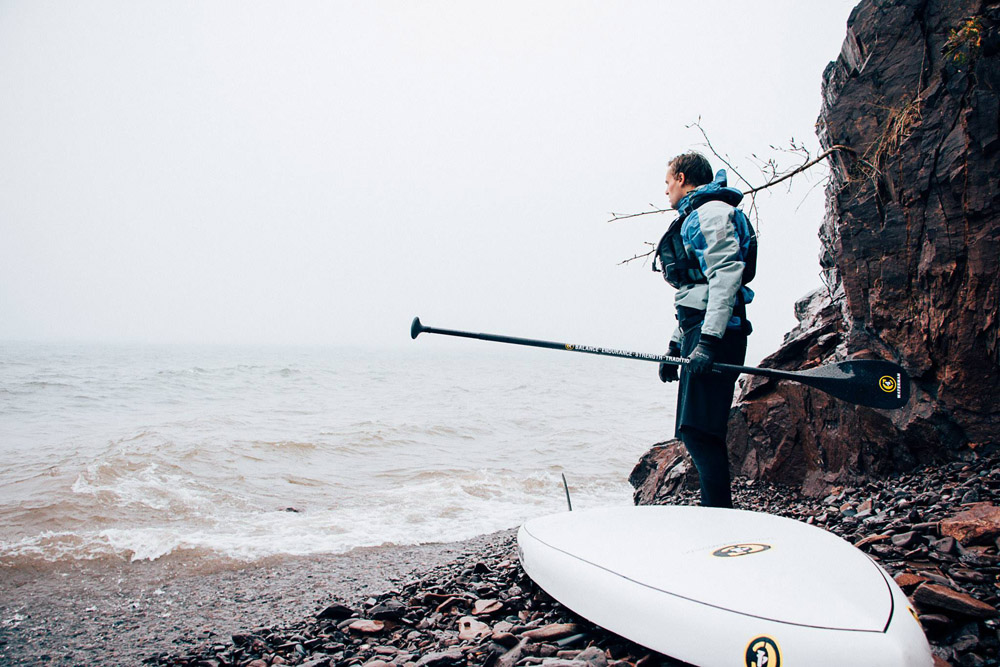 He faces unpredictable weather on the big lake including dense fog and chilly water temps. He will be alone along extremely remote sections of Canadian shoreline.

We caught up with the young paddler during his short break and asked a few questions about his adventure. 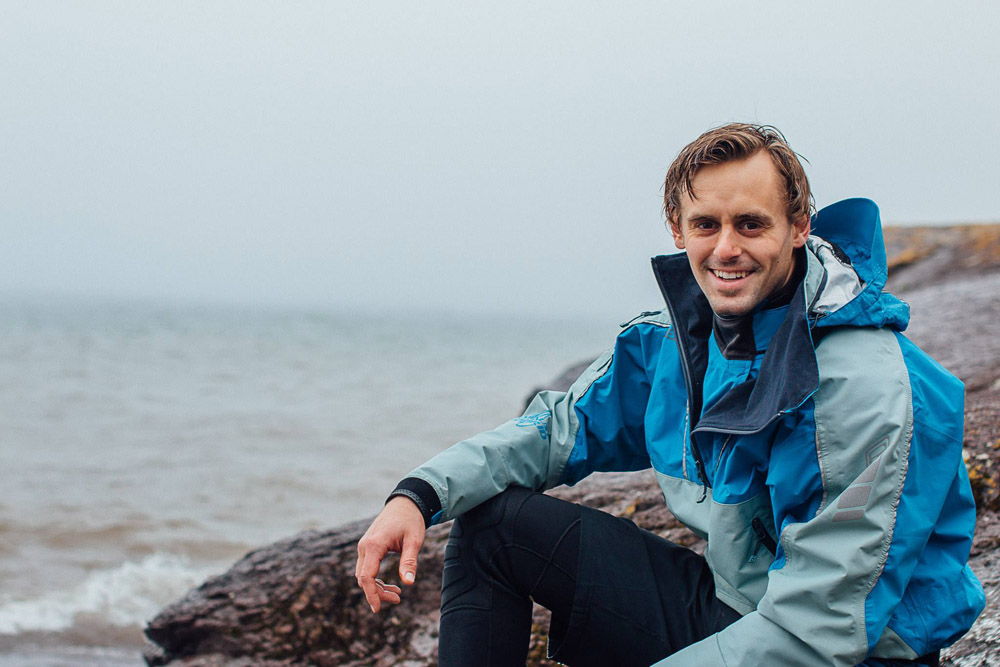 What inspired you to circumnavigate Lake Superior on an SUP?

I was originally looking at a study abroad option in Patagonia designed specifically for whitewater kayakers. It looked sick, but it was kind of expensive and wouldn’t have really made any progress in my major.

As I pondered about it, I realized that there isn’t any point in traveling halfway across the world to go have fun when I have a super epic adventure waiting for me in my backyard. I knew nobody has ever stand-up-paddled around Lake Superior, so the whole idea really sparked my interest. It was just a crazy idea at first, grew on me, and eventually became a reality.

What are some of the adversities that you expect to face?

Wind is the biggest adversity. It can really slow me down to a point where I am just exhausting myself without making any progress. Those are the days that I may choose not to paddle. Hopefully there isn’t too much of that. Other adversities include waves and typical Lake Superior weather (cold, dense fog, and rain).

As far as camping goes, it’s a little bit nerve-racking to be camping solo in some really remote Canadian locations. That’s bear country up there! 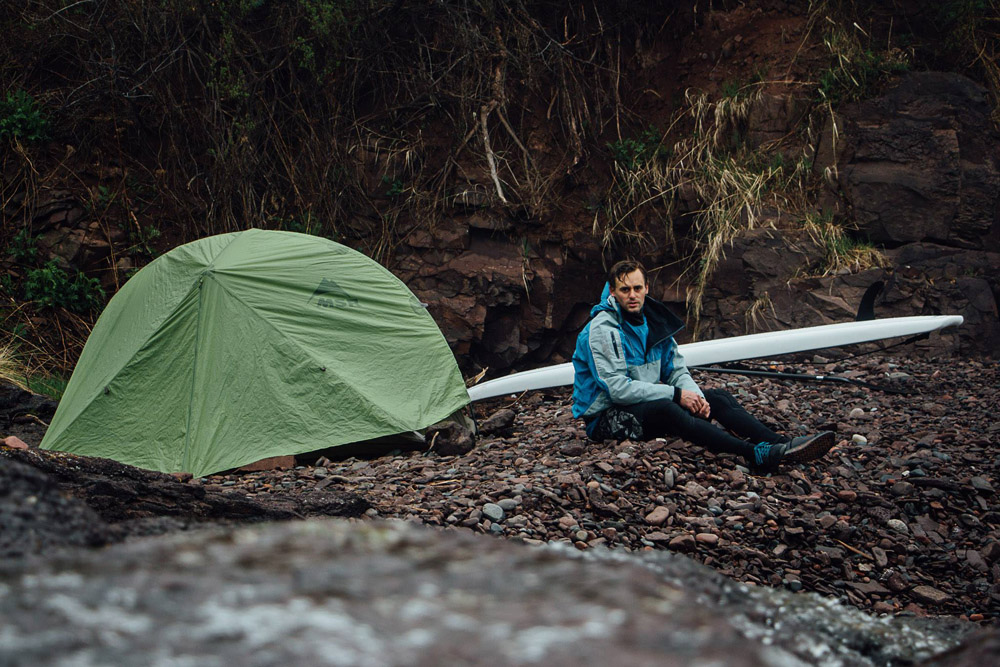 When you encounter people along the way and tell them what you’re doing, how do they react?

Everyone that I have encountered has been either very confused or really stoked. There was one family that gave me $20 to go get food at a resort I had pulled up to. I am all about free food!

Are there any highlights of the trip that you’re looking forward to? Any locations that you’re stoked to see?

Sleeping Giant Provincial Park in Ontario should be great! This is followed by a long section of island hopping (2-3 mile open water crossings) which is awesome and pretty scary to think about. I’m going to be stoked to reach Terrace Bay and meet up with a couple friends to paddle a section of shoreline with me. The entire Pukaskwa Peninsula should be pretty epic as well. It’s stressful being solo in the really remote areas, because there is nobody to save me if I screw up. Once I get back to the South Shore, Things ease up a bit, as the American shoreline is much more civilized. 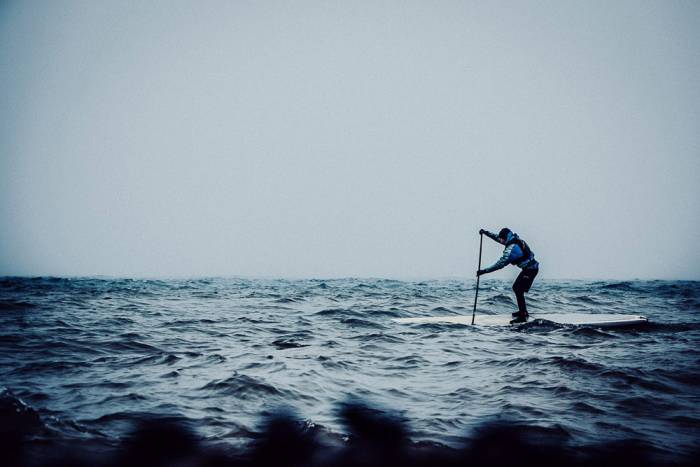 Do you plan to complete the rest of the trip in a final push or will you be returning home at some points?

The rest of the trip should be a final push, but there is a whitewater kayak race in Duluth that I have my eyes on. It is coincidentally the day before my birthday, so that would be a pretty tasty treat to be able to ditch the flatwater for a day and ride some rapids.

This time back in Duluth has by no means been a resting period. I’ve spent nearly every day teaching whitewater canoe classes to fund my trip this summer. It has been 12 hour work days followed by late nights in front of the computer making my maps and prepping everything for the rest of the summer. I’m looking forward to getting back to the easy stuff (paddling around the lake).

Gear For The Journey

We wish Jared the best of luck in his journey and hope to see him complete the epic journey this summer.

Up Next: Boats For Your Backpack: New Packrafts For 2015