Basically a street-legal Dakar prototype, the Laffite X-Road looks like a stunning off-road monster. And it’s a rare monster at that.

With locations in Los Angeles, Miami, and Valencia, Spain, Laffite runs its production out of Los Angles. The brand specializes in “the creation of concept car/road ready limited series” vehicles.

Basically, it plans to make some insane, super small-run vehicles. And it will build some one-off custom cars for the uber-rich. 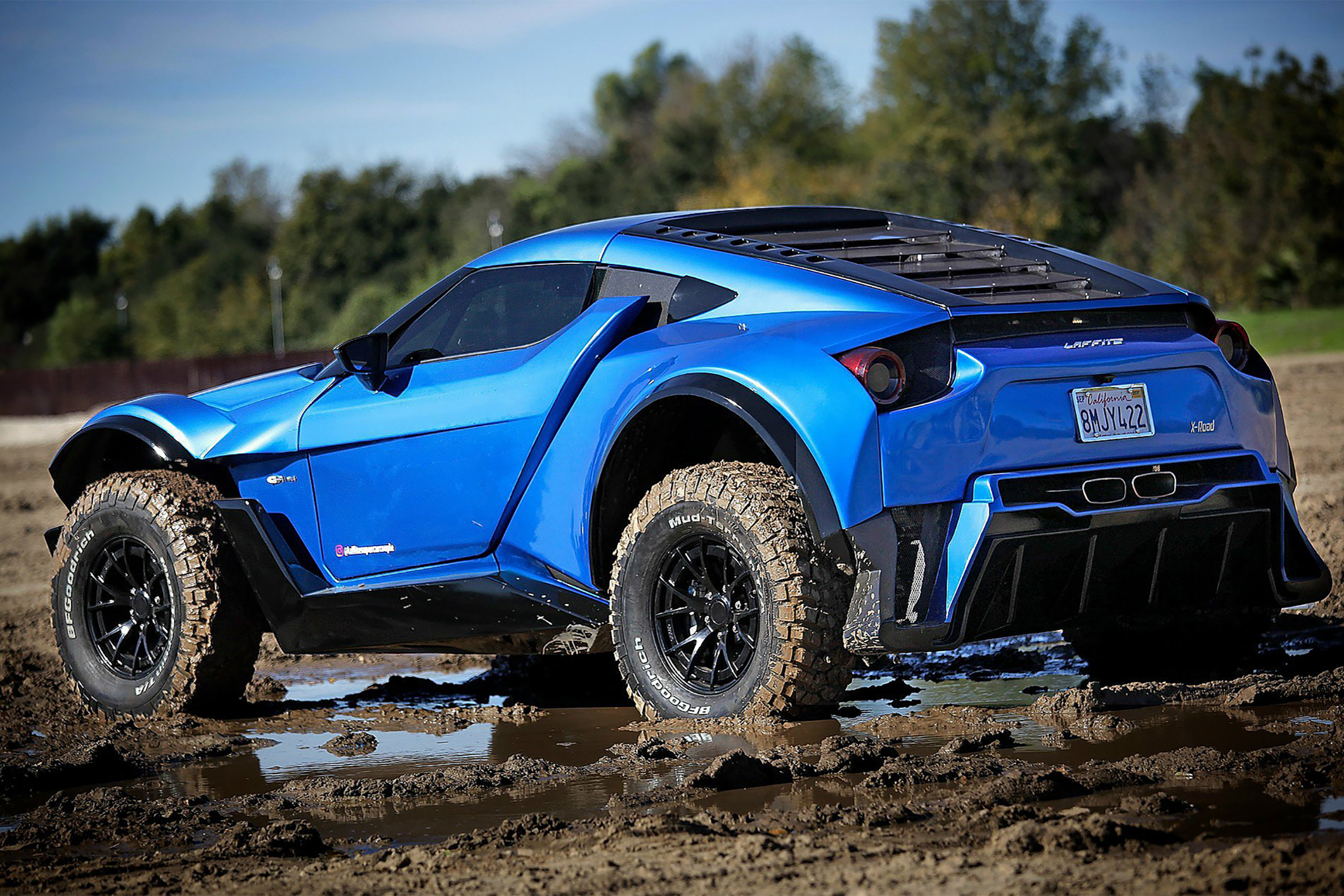 Laffite touts the X-Road as the beginning of a new segment in the auto industry: the “All-Terrain Supercar.” We’ve seen this idea many times before, however. Remember the GFG Style Kangaroo? While that vehicle presented a crazy design, the Laffite X-Road is essentially a street-legal version of a Dakar prototype racer. 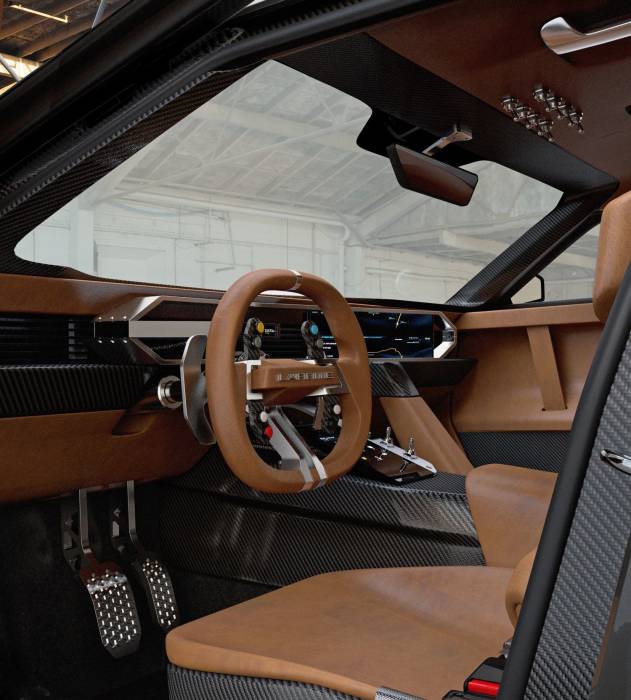 All the components of the X-Road are real, which gives us hope that we’ll actually see more than just the prototype cruising down the street soon.

The Laffite X-Road is a long-travel, rear-wheel-drive, lightweight, off-road racecar that Laffite built to be street legal. It’s powered by a 6.3L LS3 V8 that puts out 470-720 horsepower depending on whether it’s supercharged or not.

That power is controlled either through a five-speed sequential or six-speed paddle-shift gearbox. And at sub-3,000 pounds, the X-Road has a proper supercar power-to-weight ratio. The brand claims its top speed will limit at 143 mph, but no other performance numbers have been released.

With 17 inches of suspension travel and lots of power being thrown at the big rear tires, we have no doubt the X-Road will be insanely fun to drive. This vehicle should dominate in the dunes, be a blast in the mud, do pretty well in the rocks, and offer a perma-grin on pavement. At a starting price of $465,000, with lots of options available on top of that, it had better!

If you want a more environmentally friendly way to spend your $500,000 supercar money, the Laffite X-Road E is your ticket. Laffite claims this all-electric version of the X-Road has 460 horsepower, weighs 3,590 pounds, has a top speed of 136 mph, and offers a 200-mile range.

But beware: That electric powertrain presents about a $90,000 upgrade over the base model gas-powered X-Road.

Up Next: ‘Nestbox’ Puts a Camper in Your SUV or Jeep: Car Camping Elevated

Saving…
‘Nestbox’ Puts a Camper in Your SUV or Jeep: Car Camping Elevated
Hertz Ride: BMW Motorcycle Rentals Have Arrived in US
×