The Monarch 3000 Stabilized adds image stabilization technology – found in camera lenses and binoculars – to range finders. The resulting product will likely raise the bar in this niche. 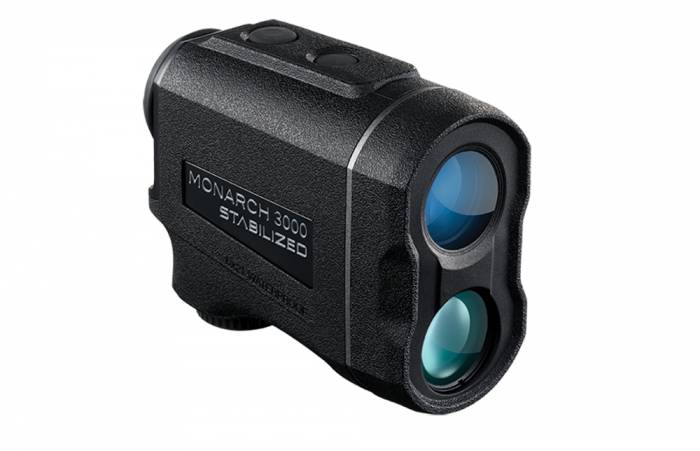 If you use a range finder much (for hunting, shooting, or even golf), you know it can be tricky get a good hold on a faraway object. It can also be tough to use them well as a monocular because of shaky hands (buck fever, anyone?).

Now, Nikon wants to make it easier for you. Nikon released the new rangefinder at the Archery Trade Association show in Indianapolis, and it created quite a buzz. Nikon released its first image-stabilized range finder, the 7i VR Range Finder, last year. This one improves on it in several ways, including a 20-percent size reduction.

The “hyper read” laser delivers a target reading within .3 seconds to the red OLED display to a maximum range of 3,000 yards. 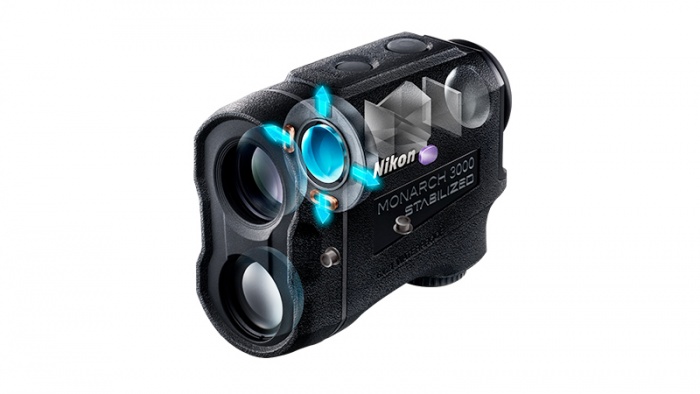 Nikon claims the Monarch 3000 sustains image stabilization for up to 8 seconds at a time, enough for a good look at far-off prey.

Nikon also claims its “Tru-Target” technology will allow you to accurately range an animal and not be deceived by nearby branches or grass. As the brand puts it:

Because shots are not always flat, Nikon builds in compensation that reads the angle and automatically adjusts to tell the range of a horizontal shot. No more shooting over your target on steep uphill or downhill shots.

The reading of the OLED distance is available in an automatic or five selectable brightness levels for maximum contrast against most targets and backgrounds.

I examined it for a few minutes on the showroom floor. While it was a limited sample of its capabilities, it provided a really clear image. I was surprised how quickly it stabilized and how clear it was when image stabilization was on. Ergonomically, it felt great, especially when used one-handed.