GearJunkie continues to share excerpts from Filson’s tribute to the firefighters who risk their lives to protect our forests and wildlands.

Phoenix Crew 1 is one of the many heroic and talented teams deployed to fight forest fires. But one thing sets them apart from the rest.

Meet one of the most unique teams partnering with the U.S. Forest Service (USFS) — an Arizona fire crew made primarily of post-release inmates. Firefighters go through strenuous training for both physical fitness and the ability to work together as temperatures rise. Filson sent a reporter to Arizona to learn more. 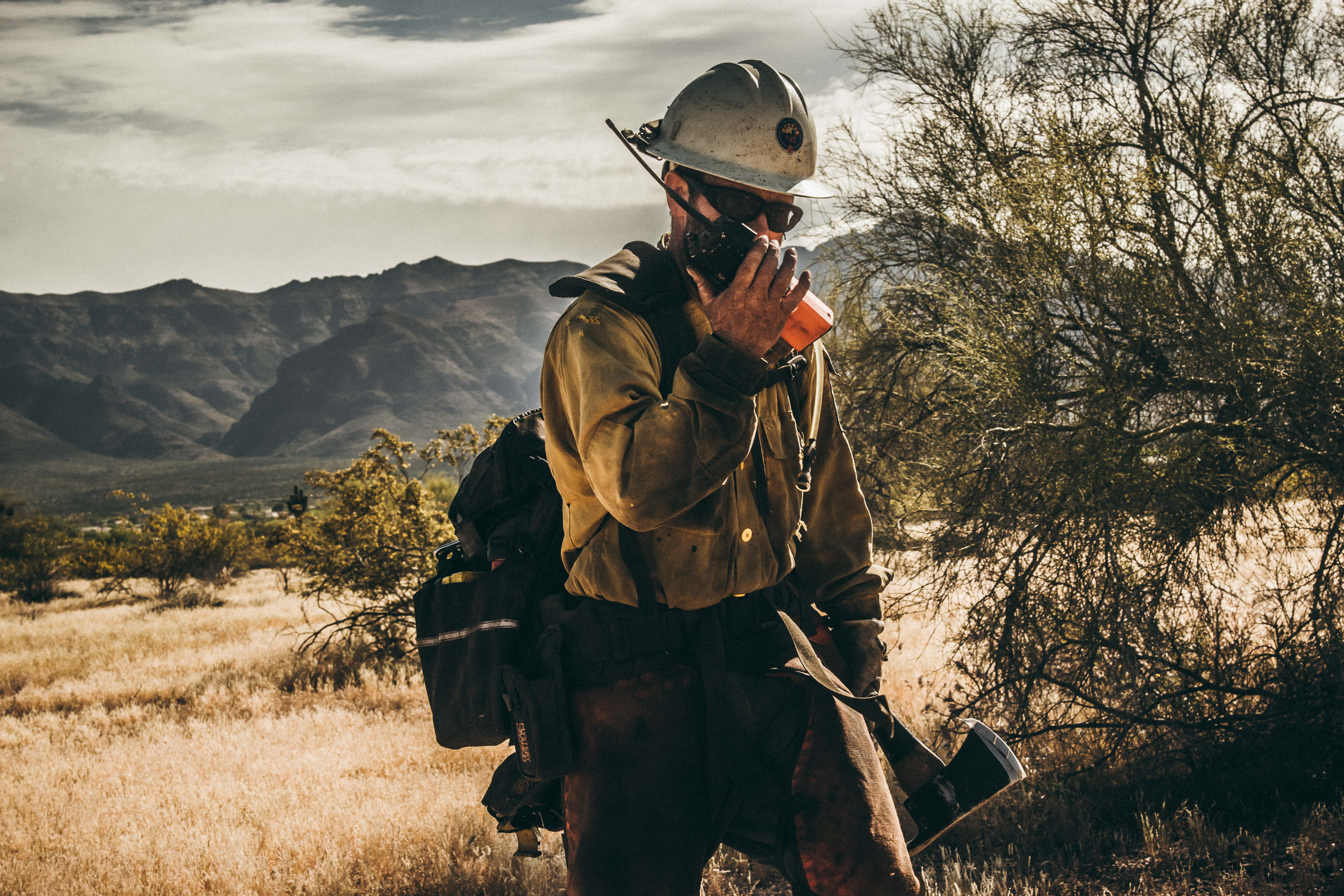 The dust thrown up from their trucks is just starting to settle as all 20 members of Phoenix Crew 1 jump out of their vehicles into the dry, parched landscape.

Their arrival has transformed this normally quiet stretch of high desert into one teeming with activity. This Type 2-IA (initial attack) fire crew is the first line of defense in a wildland fire.

From the lead truck, Superintendent Jeff Gallivan is radioing information back to base about the conditions. His assistant, Clint Kelley, is headed off toward the fire; he will be in constant communication with Gallivan as he decides the best way forward. Squad Leader Rick Borunda pulls his pack on while talking tactics and double-checks his chainsaw.

Within minutes of arriving, the entire team is geared up and ready to go. Temperatures are forecasted to hit triple digits. The crew moves with the precision and practice of a well-oiled machine.

A few team members share a can of chewing tobacco, tucking a dip under their lip. Conversation is focused on the task at hand. Hiking a mile into the untracked wilderness, they will spend nearly 14 hours creating fire breaks to stop a wildfire from reaching the nearby town.

Not Your Average Crew

They are just like one of the many teams deployed today to battle this blaze, yet they are not. In fact, they are one of the most unique fire crews in America. They are the only crew made primarily of post-release inmates. Just a few years ago, most of them were in Arizona prisons. 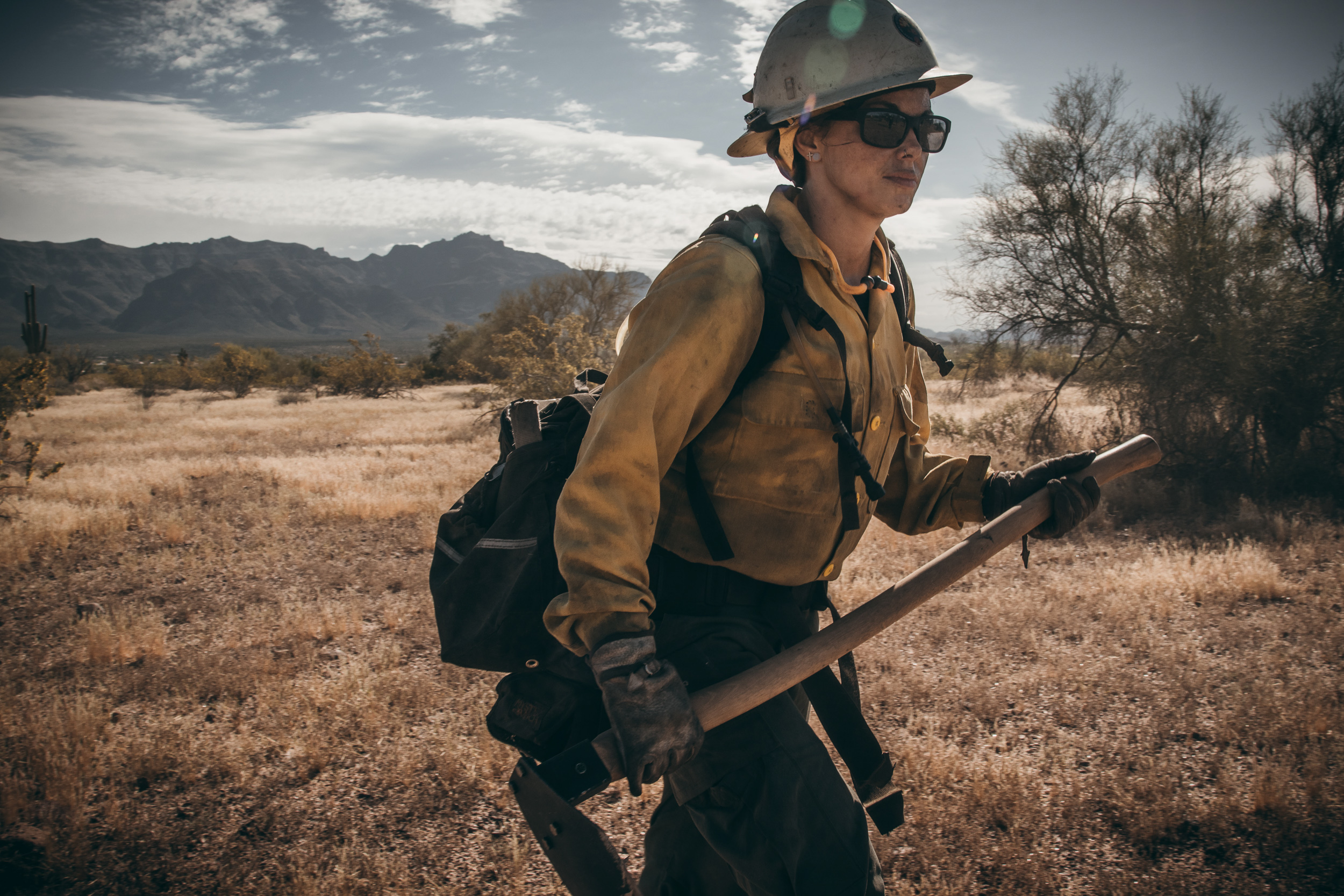 Most people are surprised to learn that many states, especially the ones in the western part of the country, deploy wildland fire crews comprised of current inmates from their Department of Corrections (DOC) prisons. In some states, they are one of the only resources state officials have, aside from the USFS, to use when a wildland fire breaks out in remote areas.

In Arizona, there are 12 inmate fire crews — 11 male and one female. To be considered for a fire crew, inmates must be vetted to make sure they are low-risk for escape, have no violent convictions, and are nearing the end of their sentences.

Once approved, they must pass a strenuous physical test to prove they can handle the rigors of the fire line and then be trained on how to battle a blaze. By the time they are let outside their prison’s walls on their first call, they have received the same level of training that other wildland firefighting crews have received. 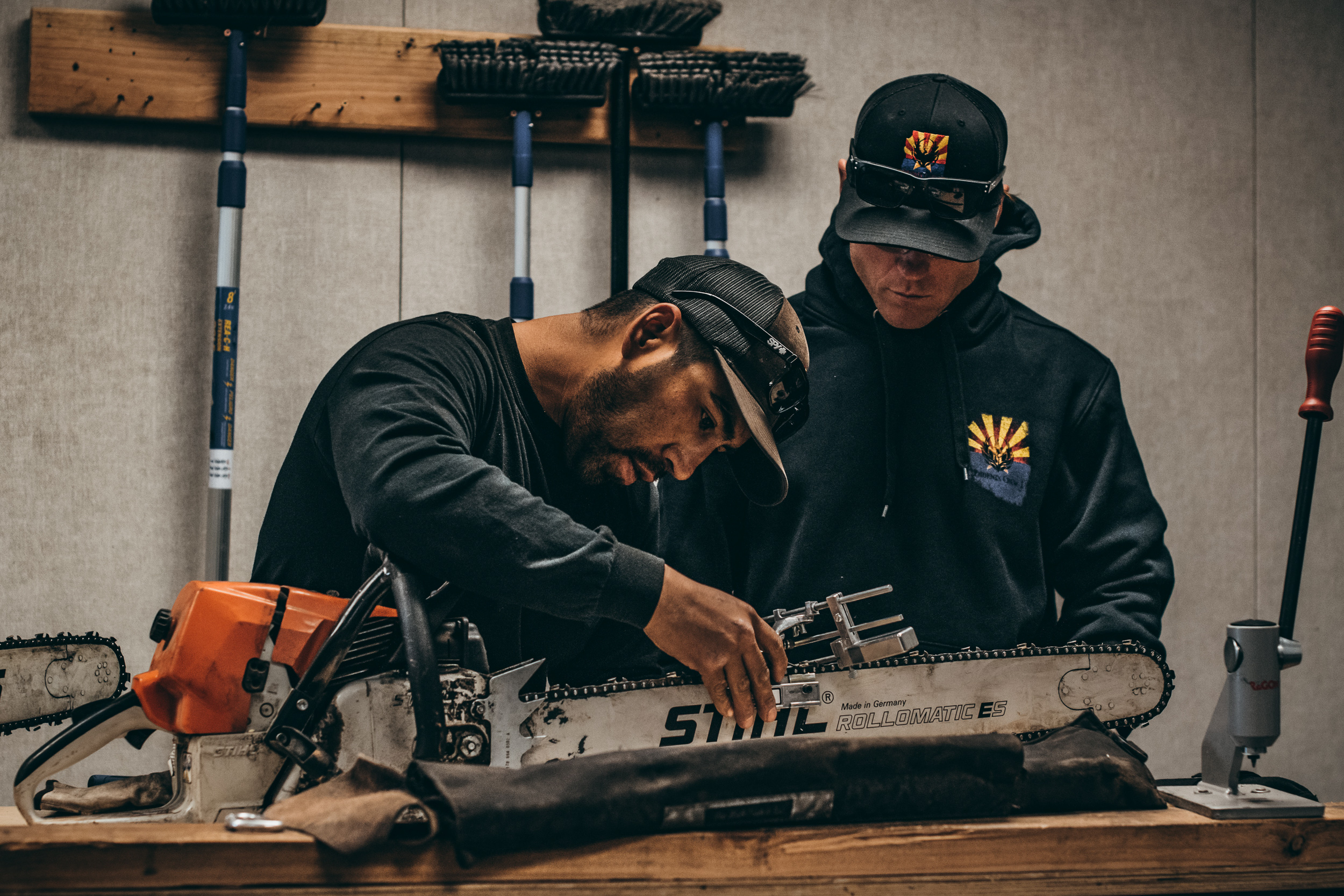 And even though they spend long days in the stifling heat trudging up mountains chasing remote fires, a spot on an Arizona doc fire crew is one of the most coveted positions in the prison system.

“The fire crew guys were known in the prison, they were the guys that were going somewhere,” says Saw Boss Pedro Mungarro. “They talked about duty, honor, and respect, things you don’t often hear there. They had made the decision that they were going to change their lives, and I knew I wanted to be one of them. Making the crew was one of the hardest things I had ever done.”

And when they are deployed, there are no armed guards watching over them, just one sergeant and two corrections officers who work on the line with them. In Arizona, unlike some other states, the DOC crews wear the same gear as any other fire team on the line. 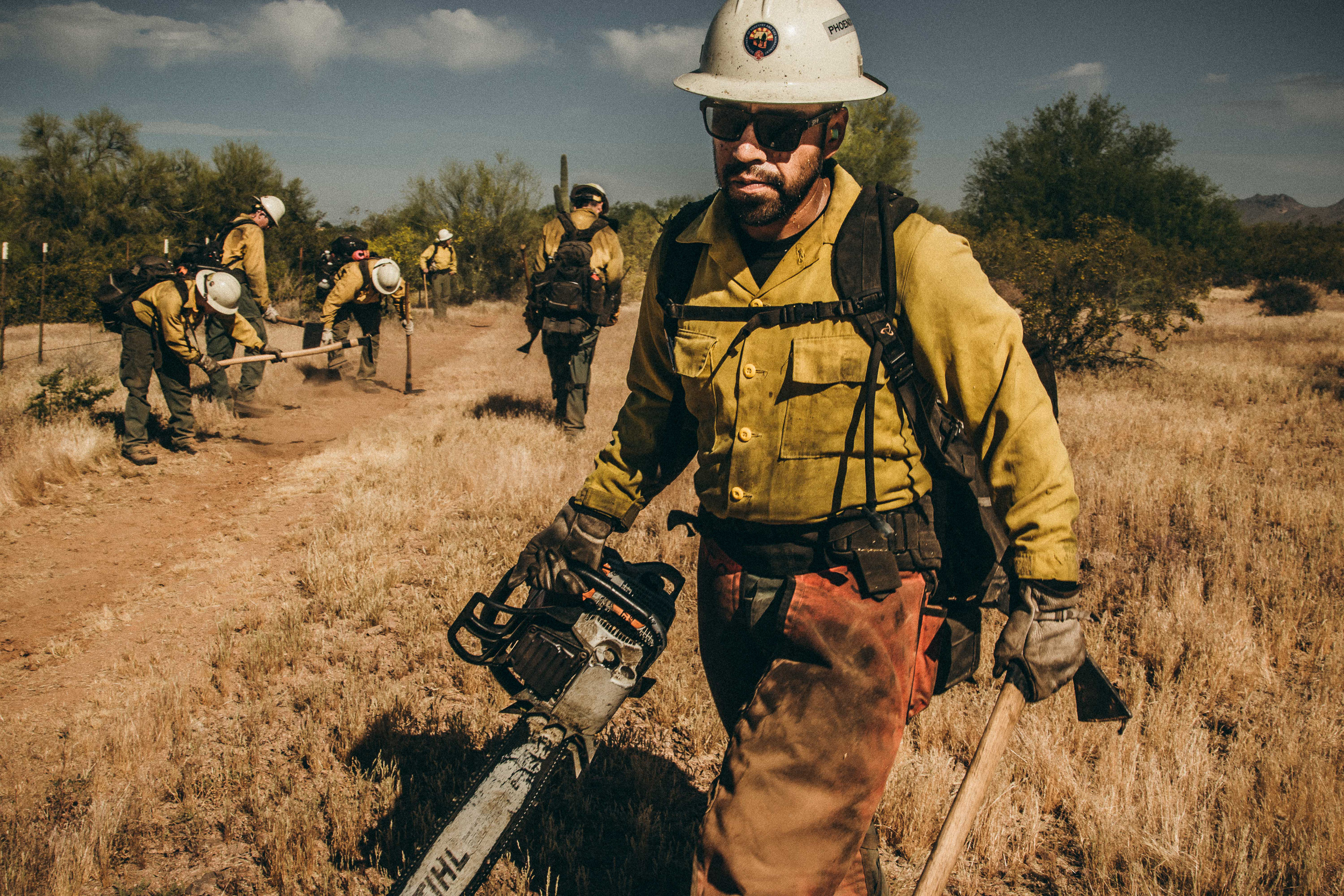 “Most people have no idea that this hardworking crew they see battling the fires around their house or town are DOC. They just think that they are a state crew sent there to help,” says Brian Perrone, a crew coordinator with the Department of Forestry and Fire Management who manages the region around the city of Phoenix. “I think that’s what makes the job so coveted — it gives the crew members a chance to give back to society and feel like a normal person again.”

But what happens to all of these model prisoners when they are released back into society? They have just spent the last few years becoming top-notch firefighters, being looked to as leaders in their respective facilities — as people to emulate.

It’s tough for any felon to land a decent job when they are released, and scoring a job as a firefighter is even harder. The unmooring from their life inside was hard, and the chance to fall back on old habits is there, possibly leading to a return visit to jail. That’s when Doug Ducey, the governor of Arizona, championed an idea that came across his desk. 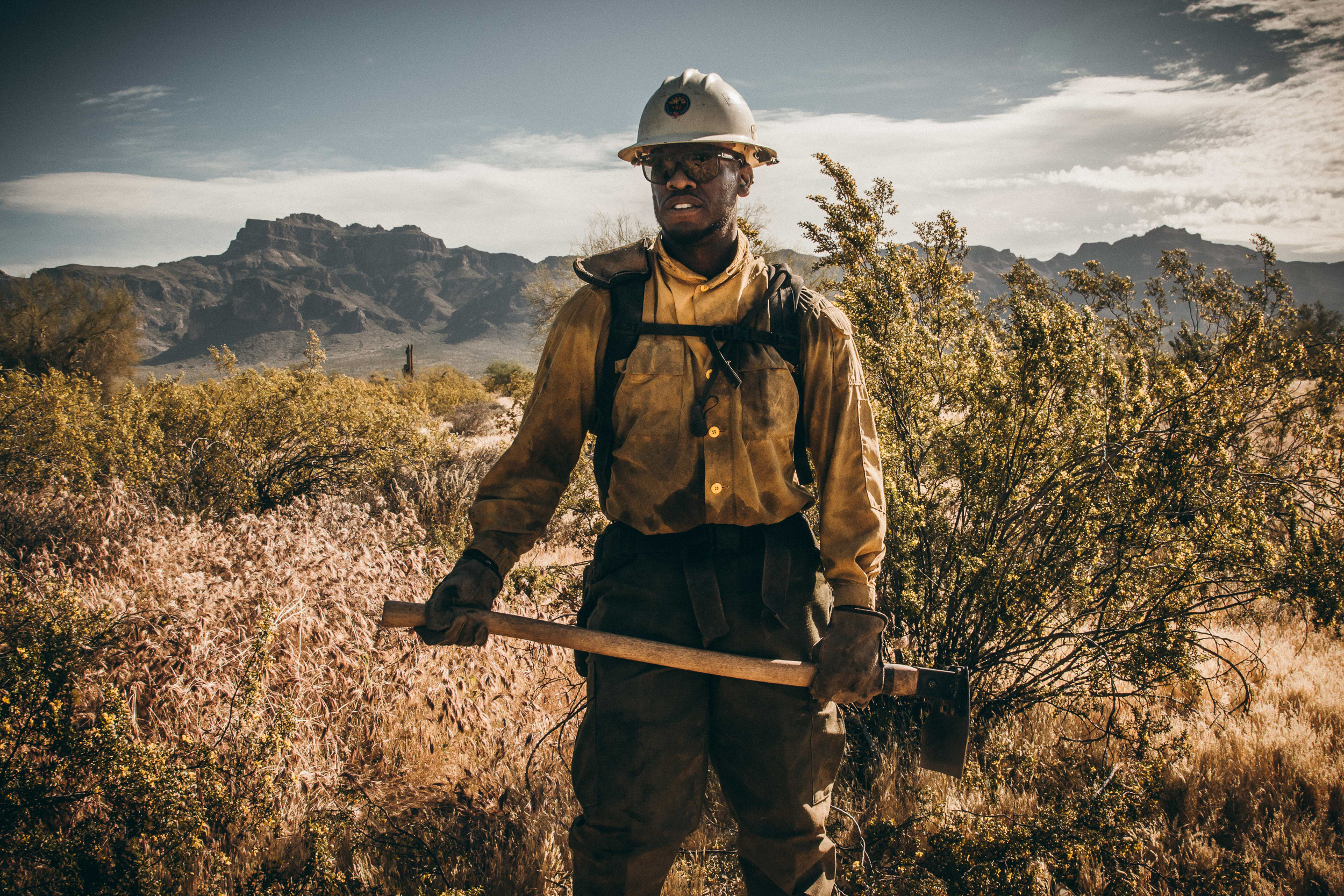 Arizona, like most western states, struggles to keep up with the growing incidences of forest fires inside their borders each year. But resources are tight, and training wildland firefighters isn’t cheap.

When several of the key people involved with the DOC program proposed creating a team for released inmates to become full-time state employees fighting fires, the governor said yes. It would help lower recidivism (one of Ducey’s main goals) and help some folks that were trying to turn their lives around permanently. He secured funding and ensured that the bureaucratic red tape was trimmed.

To run the new team, the state hired two veteran hotshots, Gallivan and Kelley. Knowing they were doing something that had never been done before, they set their standards high. They wanted the best that the DOC crews had to offer, and they were going to push them harder than they had ever been pushed before.

“We set high goals Day 1. We would not be known for the past that my squad was leaving behind, but instead would become known as the hardest working crew on the line, one that people asked for when a fire broke out,” says Gallivan.

When they put out the call for applicants, they had 138 resumes to fill 18 positions. By November 2017, they had their team built and started training. It was tough in the beginning, as they had to shape everyone into their vision of a team. Some folks did not make it. But by January 2018, they were on their way to their first fire.

They say firefighters are a brotherhood that, once you enter into, you will be a part of forever. As the year progressed, the Phoenix crew found that was true, but something else was happening too. They were becoming a family.

“All of us on the crew know what it’s like to fail,” said Nicole Polvent. “So, when we came together and shared our stories, we quickly became each other’s biggest cheerleaders and friends. Anything we could do to help keep anyone from backsliding, we did. Together we will succeed.”

Besides being their leaders, Gallivan and his team leads have also become teachers, advisors, and mentors. Most importantly, they are just a phone call away for the team. “Look, I have been there, I know what it’s like to get out, to rebuild your life,” says Borunda. “Regardless of the time or day, if anyone on my team needs me I am there for them, just like I know they are for me. No one wants to end up back where they were.” 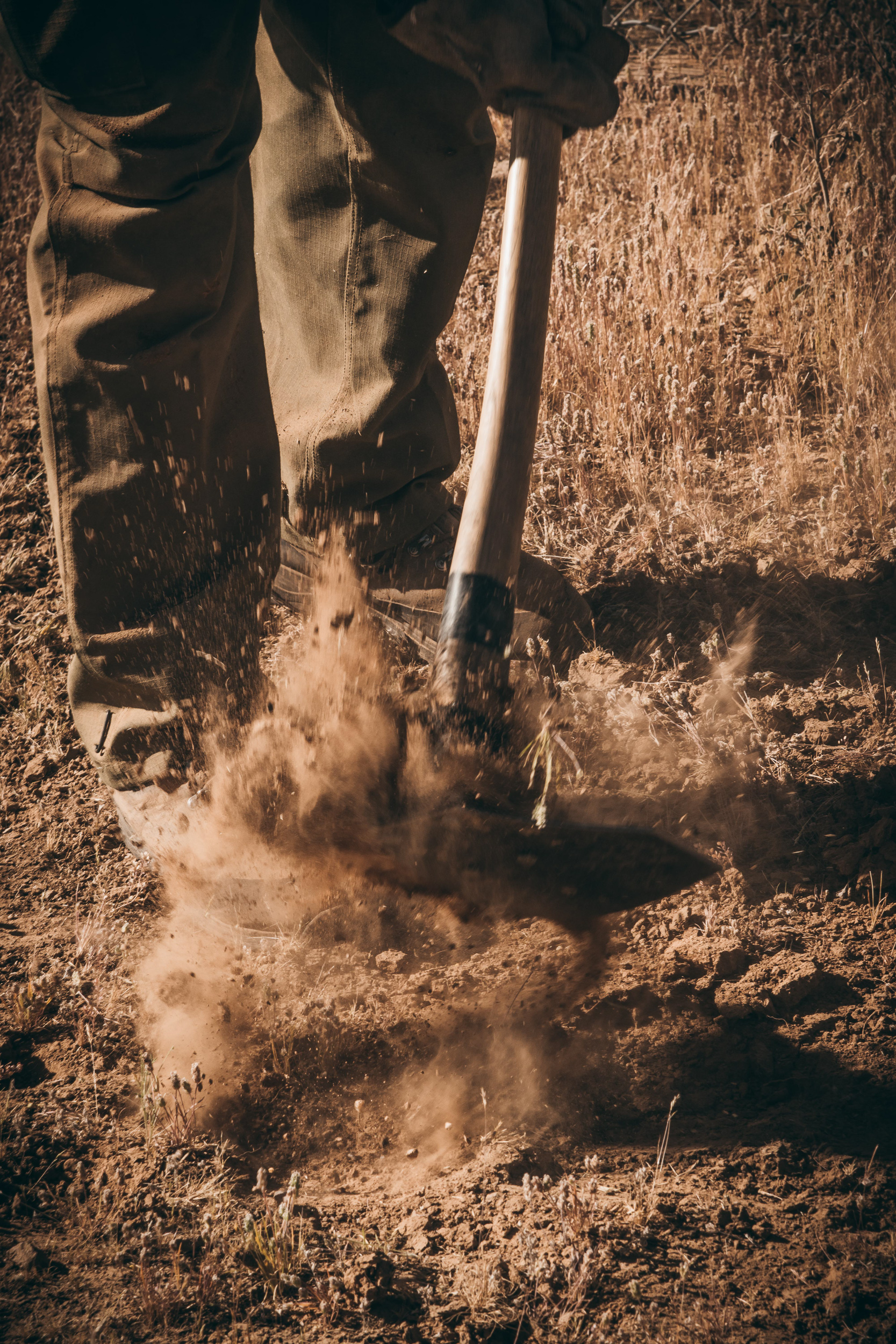 As the year progressed, the team was called out for numerous fires, in Arizona, Nevada, Idaho, and California. The chance to leave their home state and work alongside other crews was eye-opening; many of the crew had never been outside of Arizona.

While working in different locations was good and they were able to improve their skills daily, they especially relished the opportunity to be working alongside the DOC crews in their home state, either on an active fire or doing maintenance work. It wasn’t that they would see old friends who they had fought fires with that made them happiest. Rather they looked forward to the chance to offer advice to the DOC crews and answer any questions about how they could succeed on the outside.

Every morning and night on the chow line, individuals would approach them to talk, just like they did when they were on the inside. Discussions would occur about how they too could continue fighting fires once they were released. Names and numbers were exchanged, and often hugs, too. The Phoenix crew made it their personal mission to help anyone that asked for help.

Wildland firefighting is a tough, hard business, one that requires grit and determination. The pay is not great, and it’s not remotely as glamorous as the movies portray it. Most of the time is spent digging dirt, cutting down scrub, and mopping up after a fire has passed. Rarely does a crew go toe to toe with a raging fire. But in a fast-changing climate where it seems that rampant forest fires are the norm, crews of individuals willing to charge into dangerous areas are needed now more than ever.

This article is sponsored by Filson. Learn more about the partnership between Filson and the U.S. Forest Service here.

Up Next: What About ’25 Yards’ Is So Hard to Understand?

Saving…
What About ’25 Yards’ Is So Hard to Understand?
This Electric Chainsaw Is My Must-Carry Trail Maintenance Tool
×