The Santa Monica Mountains rise precipitously from the Pacific Ocean. Overshadowed by the draw of the beach, as well as the crush of civilization up and down the shore, the peaks, cliffs, forests, and canyons of the range offer a wilderness escape despite a vast metropolis and millions of people nearby. 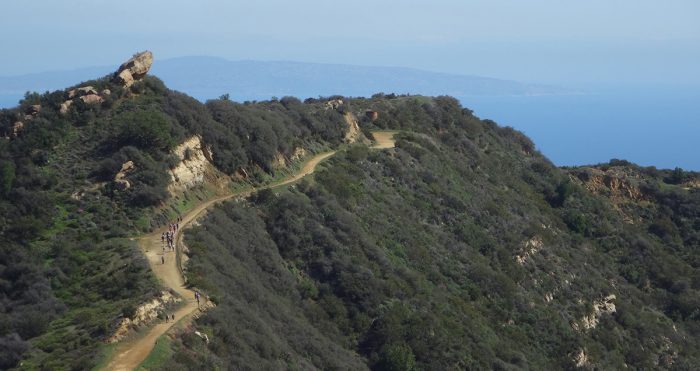 Soon, hikers in L.A. will be able to traverse the range uninterrupted. This week, the National Park Service and the Santa Monica Mountains Conservancy announced the Backbone Trail is nearing full debut.

AFTER DECADES OF LAND easements and trail building, the 67-mile hiking trail will soon be complete.

I’ve hiked sections of the trail over the years, always amazed at the serenity — not to mention the stunning ocean views — that the Backbone offered. 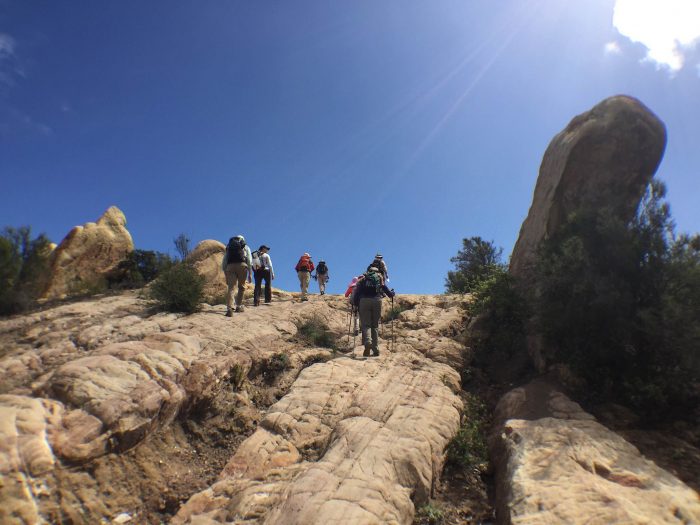 It’s a challenging routes in spots, too, climbing and descending around sandstone cliffs, then in and out of the area’s famous canyons.

Rock climbing and mountain biking are popular in the area. You can camp along the trail at Topanga and Point Mugu State Parks.

The news this week, broke by the LA Times, is that the trail will soon open in full. Private inholdings have for years stymied an uninterrupted route.

But, as the Times reports, the Backbone Trail “has slowly taken shape, stitched together by public funding and private donations that have led to acquisitions of land.”

After years of effort, the paper reports “hard work and altruism will culminate with completion of the trail.” 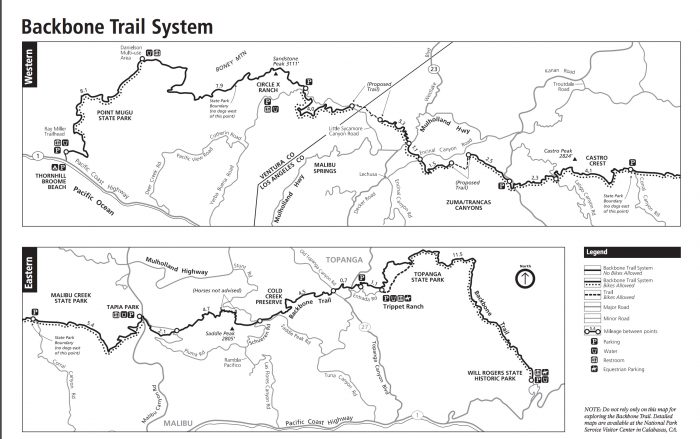 The National Park Service has closed escrow on a 40-acre donation of land. Within 10 days, two remaining parcels of land will be brought into the NPS system, the Times reports.

We applaud the hardworking trail volunteers and the agencies who work to create hiking trails, in L.A. and beyond.

See the full LA Times story for more details. On June 4, the National Park Service will commemorate the completion of the trail at a ceremony at Will Rogers state park. 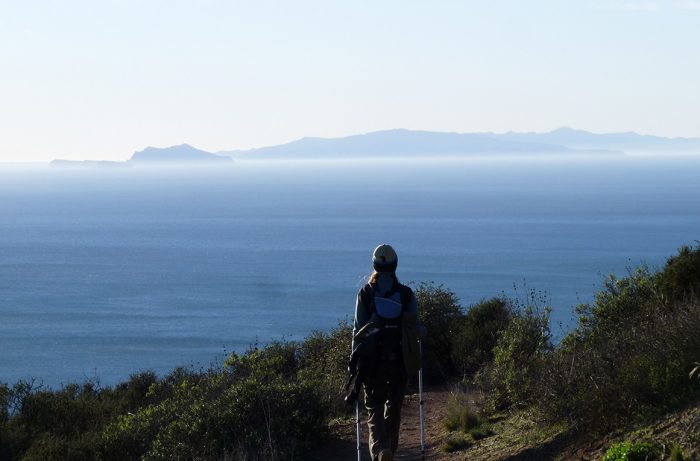 Up Next: Better With Age: ‘Greybeard’ Eyes Appalachian Trail Record