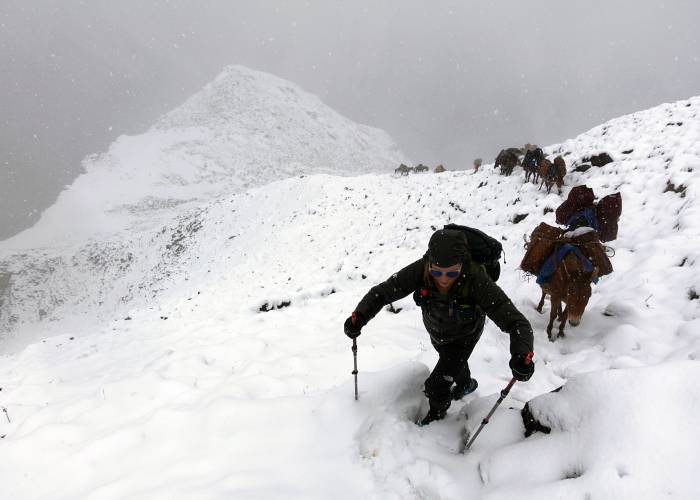 The Snowman Trek is a grueling 189-mile trek through the Himalayas in Bhutan. Most trekkers tackle the trail, which gains more than 48,000 feet of elevation, over the course of a month or more. 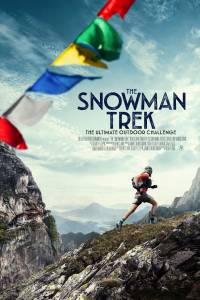 The adventurous fastest known time attempt pushed the bounds of ultrarunning in a new, potentially risky direction. They evacuated one runner, Ord, from the course due to pulmonary edema, a potentially fatal infliction caused by high altitude.

Guides questioned whether the team could do the route so quickly.

Drama permeated the days as the runners battled snowy trails, high altitude, and constant negotiations with local guides and residents.

Enough drama, it turns out, that Hollywood took an interest.

Next month, the tale will play out on big screens at more than 400 theaters across America. The movie achieved broad distribution thanks to working with Blue Fox Entertainment, a somewhat unique model for the outdoors industry. Check out the trailer below.

We spoke with Ben Clark, who directed the forthcoming film, to learn more about the movie and trekking through Bhutan. 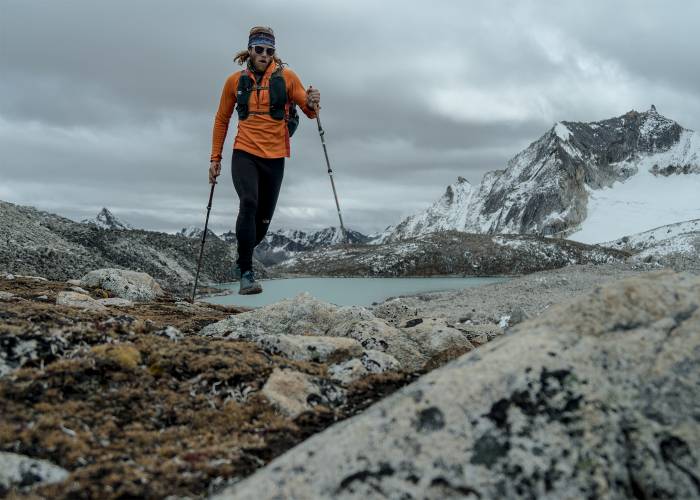 What were some of the biggest challenges in the trek?

You can’t just run through Bhutan. The government mandates local guides. The biggest surprise for a lot of people is that you can go there, but not just run a trail like you can in the United States.

Can you expand on this?

You pay a daily fee. That’s your permit to just be in the country of Bhutan. With that, you’re required to have a liaison of some kind. You’re always with a local person who is there to oversee your cultural experience, your backcountry experience.

Part of our struggle is, in Bhutan, trekking is established and marketed well. But our trek was different, a lot faster. In the country, what they really like is archery. It doesn’t require a lot of cardio! The idea that we were going to run this was totally next level.

So how did that affect the guiding? 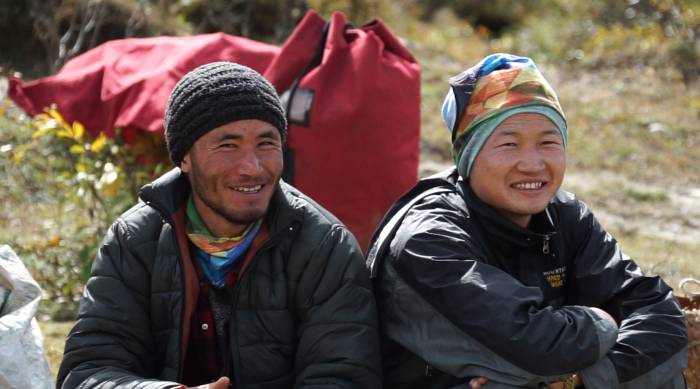 Supporting this in the way Bhutanese normally support a trek – horses with duffels on their backs, giant cook tents – it’s stuff that, as a trail runner, you would never have that kind of semi-permanent structure.

The struggle really was to help them become more efficient on the trail. They had to experience it with us at a faster pace.

How was it working with the local guides?

Getting to hang out with them on the trail was a massive benefit. Having the regulations, we really had to get to know the crew and learn how fit and motivated they were.

We had to fight for that day in, day out, against the environment and the elements to show that this would work.

This is actually the whole point of being a sponsored athlete. It’s not just to show people that you can accomplish something, but to include others. We showed our guides how we could make this trek fast and efficient, and it became an inclusive, shared experience.

Tell us more about the film. How long is it, and how is it being recognized by Hollywood?

This is original, and it has a real story. We see a lot of shorts in the outdoors space. It is definitely possible to shoot the amazing activity we all love. The story I captured got to his level because small teams and small cameras give you great access. 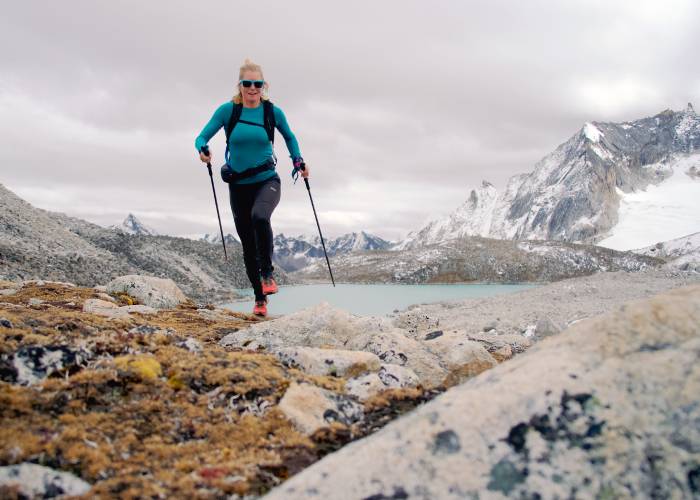 I figured out how to bring stories to the action. How to translate why it was so important. I was in a position, had the skills, and was able to be there at the right moments to be purpose driven.

That’s why this movie is a piece for the cinema.

Watch “The Snowman Trek” at one of over 400 movie theaters on May 17 at 7 p.m. Get tickets online or at participating theater box offices.

Up Next: Racing an Ultramarathon With a Donkey: Meet Colorado’s State Sport

Saving…
Racing an Ultramarathon With a Donkey: Meet Colorado’s State Sport
Up the Distance: How to Break Into Ultramarathons
×