Economic impacts, gender parity, and a (lack of) racial diversity are just some of the standout findings in a new study by the American Alpine Club.

Climbing is in right now. Swelling crowds filling newer and newer climbing gyms across the U.S. attest to that. But until now, the industry didn’t have much quantitative data on the sport’s impact and participants.

That changed this week with the release of the first-ever State of Climbing report. The product of more than a year of research and analysis by the American Alpine Club (AAC) and a dozen partner organizations, the report breaks down the growth, spread, and socioeconomic impacts of climbing — both at the crag and in gyms around North America.

“We believe that collecting and distributing this information can lead to inspired action among industry leaders and beyond,” said AAC CEO Phil Powers. “If our strengths are exhibited, we can leverage them. If our weaknesses are revealed, let’s address them.”

Indeed, the report outlines growth in climbing activities across the board. It also provides some interesting insights on what the sport is doing well and where it’s lagging. Here are the key takeaways.

In the years since the outdoor industry as a whole officially calculated its economic impact, the figure $887 billion has been touted over and over. But the constituent impact of sports under the outdoor umbrella remains nebulous. 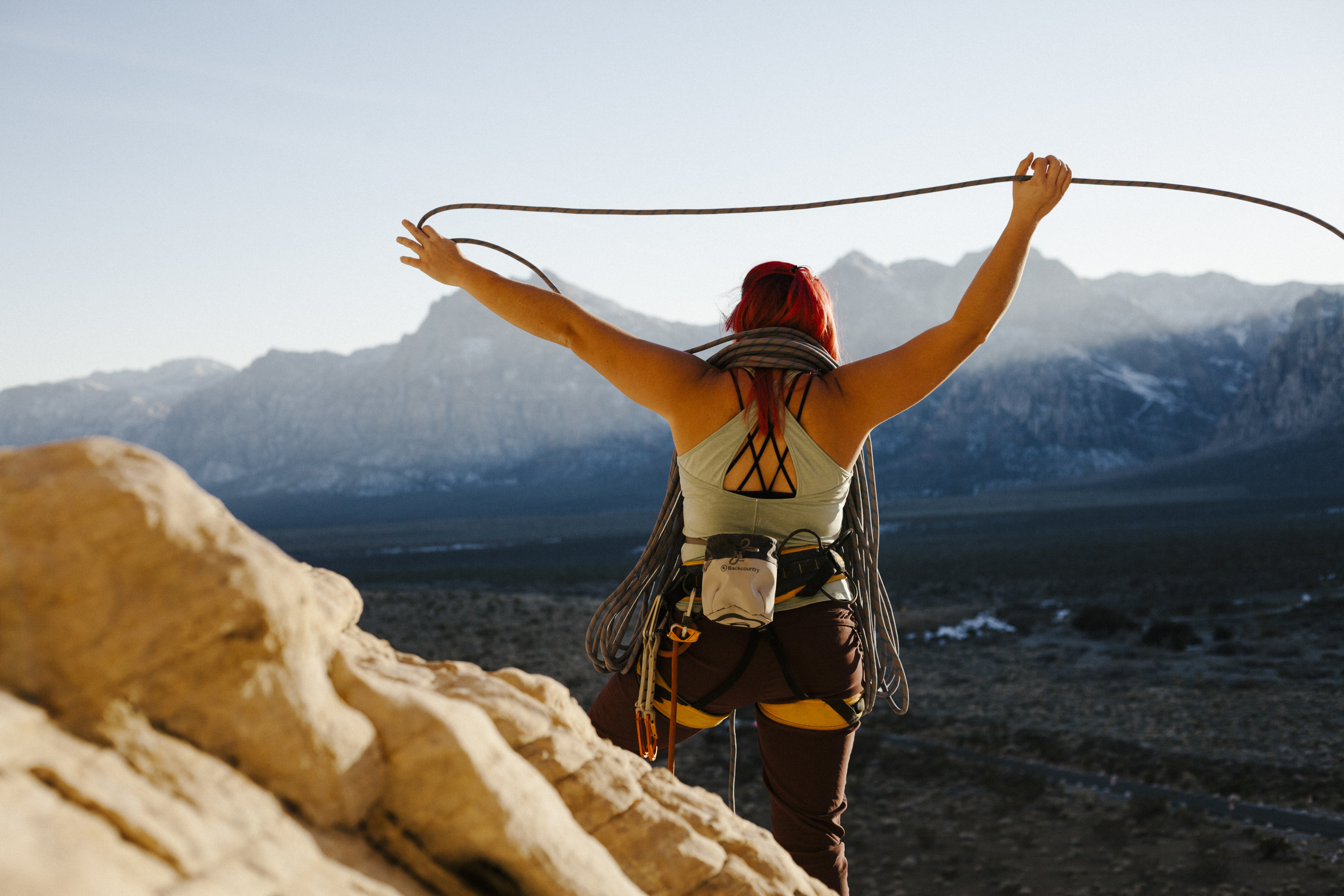 However, thanks to the State of Climbing report, the sport’s overall contribution to the American economy has a known value: about $12.5 billion. That’s equivalent to about 1 percent of the overall outdoor industry’s economic impact. And the majority ($10.8 billion) derives from travel and trips.

Still, while destination climbing drives a lot of dollars, gym climbing continues to increase its role in the climbing economy. As part of the report, the Climbing Wall Association estimated that gym climbing will become a $1 billion industry by 2021. That’s a 62-percent gain from 2017.

Over the same 36-month period that analyzed gear purchases, the report found that actual units sold dropped 7 percent. The jump in spending was actually due to a staggering jump in climbing gear prices — more than 23 percent.

Fueling all that spending is a corresponding rise in climbing participation. The report’s banner statistic is an overall headcount. It pins the number of people who participated in climbing in 2018 at 7.7 million. That’s up nearly 500,000 from the year prior.

Perhaps not surprisingly, the Outdoor Industry Association participation survey cited in the report found the majority of climbers are millennials between the ages of 18 and 35.

But dive deeper, and some interesting data emerge. Between indoor and outdoor climbing, a huge disparity exists in gender participation. Indoor climbing sees a near-even split (58 percent male, 42 percent female), but head to the crag, and that parity vanishes — with two-thirds being male.

What’s more, climbing appears to have an uphill battle toward greater racial diversity. The report’s survey found 82-85 percent of respondents were white.

You can read the full report here for a closer look at the face(s) of climbing today.

Up Next: BMW Electrifies National Parks With 100 EV Charging Stations