Surly now makes an e-bike. Are these the end times? Not so fast — the Big Easy offers big reasons to give up the car. Of course, it comes at a price.

This month, Surly Bikes released an amazing pedal-assist electric variant of the Big Dummy cargo bike into the world. Designed to easily carry cartons of cargo, groceries, or even a gaggle of kids, the Big Easy also expands the possibility of living a car-free lifestyle.

Is the Big Easy the family truckster for you? That may depend on your desire to haul big loads and your propensity to #RideLoaded. And it may also require a small-vehicle loan to overcome the $5,000 price tag.

I’ve been riding a preproduction Big Easy for the past month through one of the coldest and snow-choked Minneapolis winters of recent memory. Here’s my initial impression. 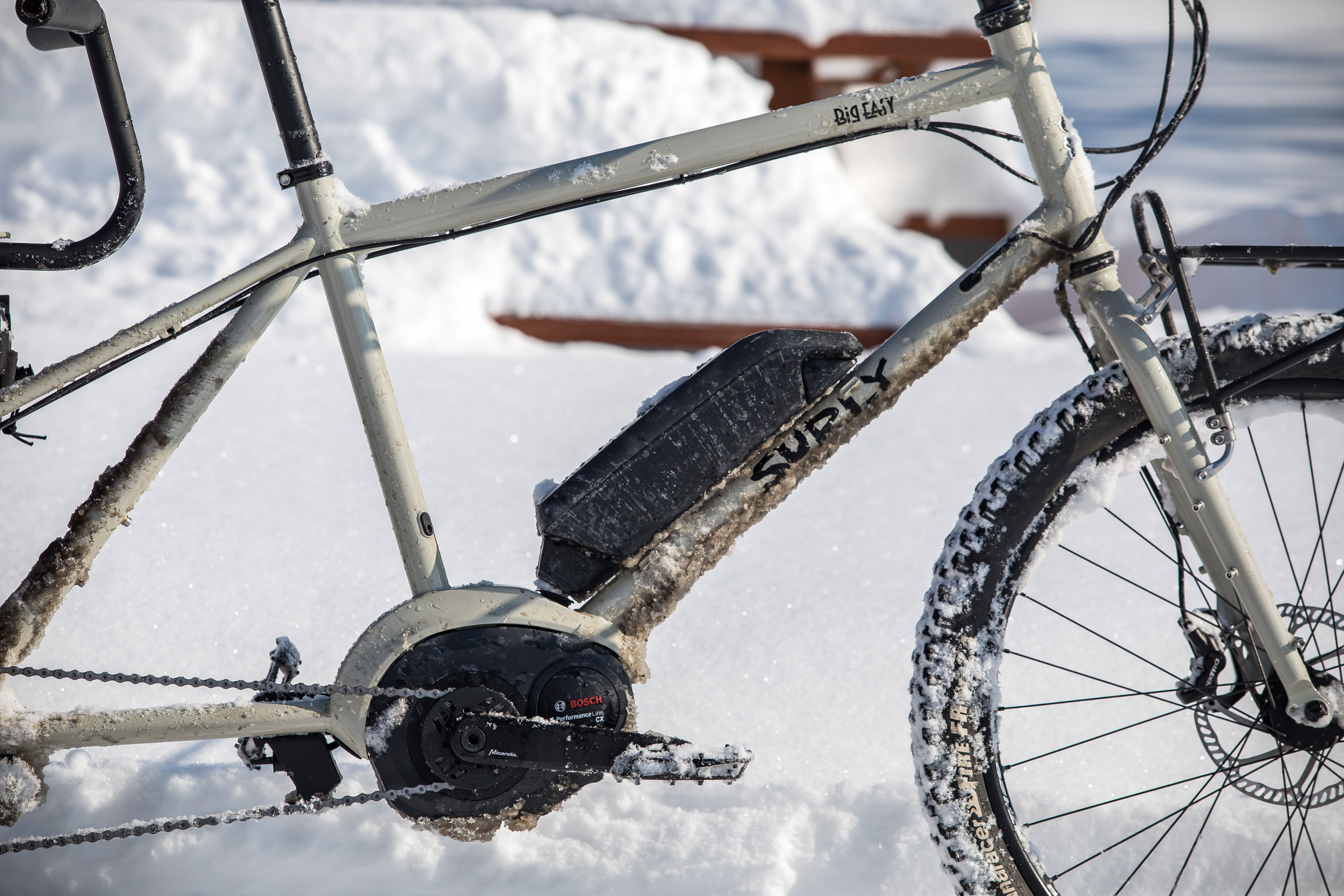 The Big Easy features the Bosch Performance CX mid-drive unit and utilizes the brand’s most powerful PowerPack 500 battery. This type of e-assist motor delivers a steady, smooth assist up to 20 mph. However, above 20 mph, the rider does all the work.

Depending on the weight of your cargo and how much assistance you desire, the Bosch has four modes — Eco, Tour, eMTB, and Turbo — each with ascending levels of powerful assistance. 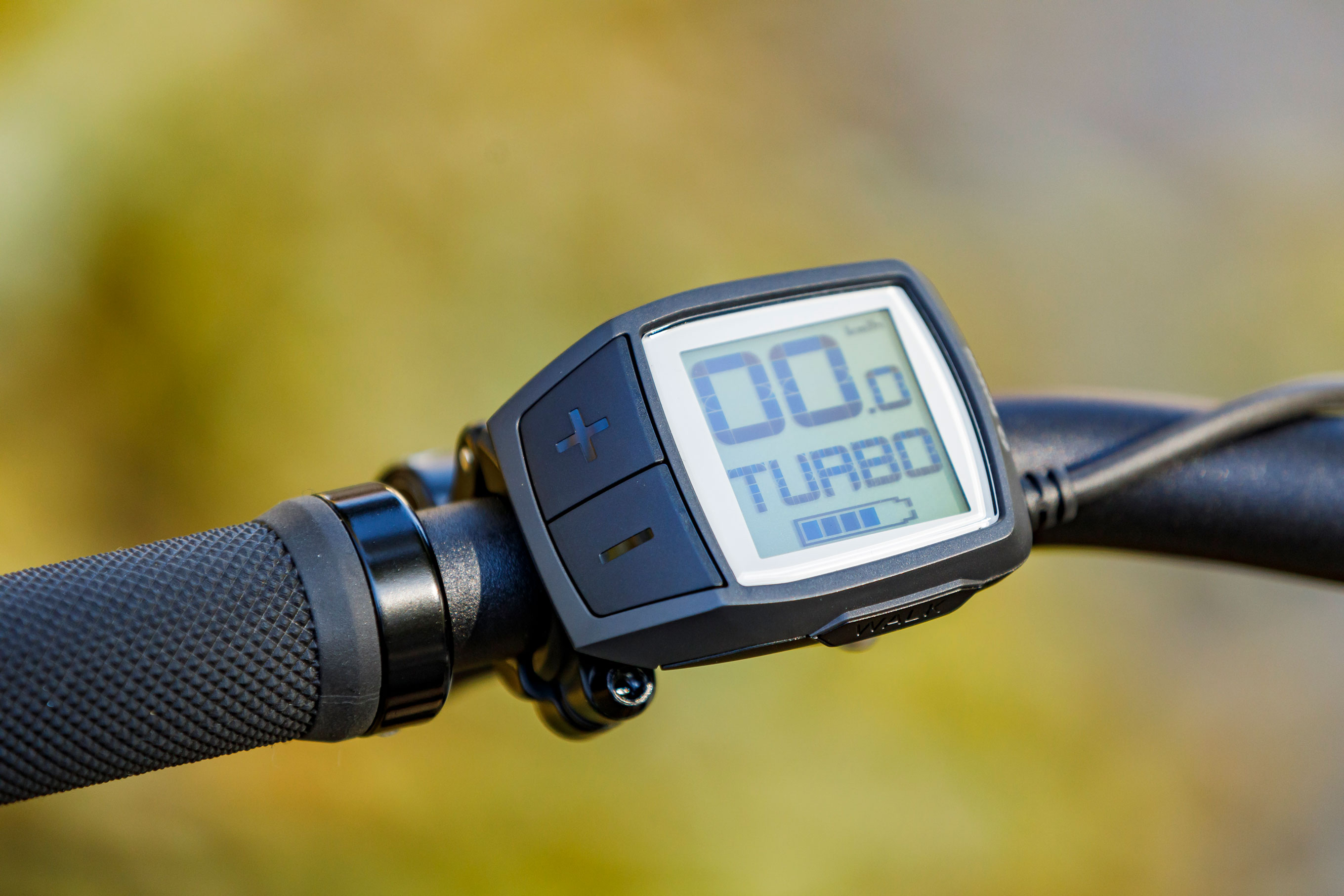 The eMTB mode felt like it offered the most torque. I used it often to blast through some of the lingering snow drifts on my commute.

On long stretches of Minneapolis’ famous Greenway stretching between my home and office, I ramped it up to Turbo to get through the cold commute as fast as possible. On this setting, I quickly learned not to mash on the pedals. There seemed to be much more strain, both on my knees and on the system, as I approached the 20 mph power cutoff. Shifting to a lower gear and focusing on a faster, smoother cadence gave a much more seamless powerband.

At stoplights, I reminded myself to “shift down” to Tour or Eco to ease back on the take-off torque. One snowy evening, the rear end began to fishtail when I started to cross a busy highway on a green light.

As I grappled with a sense of impending doom, convinced I was about to yard sale in front of stopped traffic, the added boost of the Bosch motor kicked in and swung the long tail around. I shot across the intersection in what surely must’ve looked like a cool Steve McQueen move.

At least that’s what I told myself. 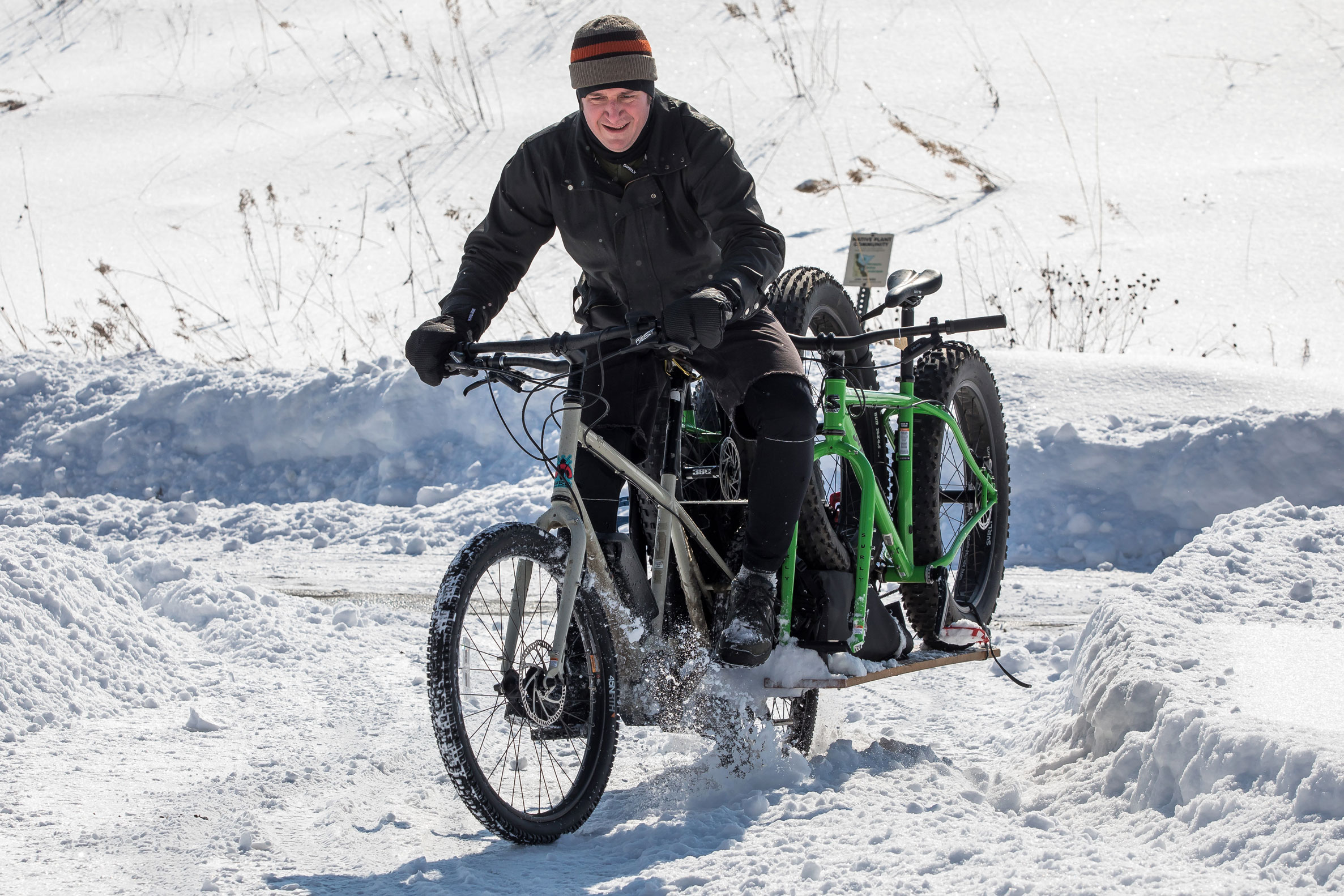 Surly’s marketing material boasts that the Big Easy “rides like a bike,” meaning that its long wheelbase provides a smooth, stable ride.

But there has been a bit of vocal discord on social media channels aimed at Surly launching an e-bike. Purists scoff, and, to some, an electrified Surly may seem outside of the “normal” Surly box.

Personally, I see this exactly within the Surly punk rock program of versatile, utilitarian, and alternative cycling transportation options. The Big Easy could easily replace a car and provide cash savings on gas, title, parking, and insurance expenses — all the while extending the rider’s “commutable” distance exponentially.

Admittedly, the $5,000 price of admission is a little tough to swallow. But when modern high-end trail bikes and road bikes routinely see prices north of $8,000, the Big Easy doesn’t sound too out of line to me.

One of the most common questions for any e-bike is the range of the battery. But there are many external factors that play into range, including cargo and boost mode. To that end, Surly won’t quote a range for the Big Easy but instead points customers to Bosch. 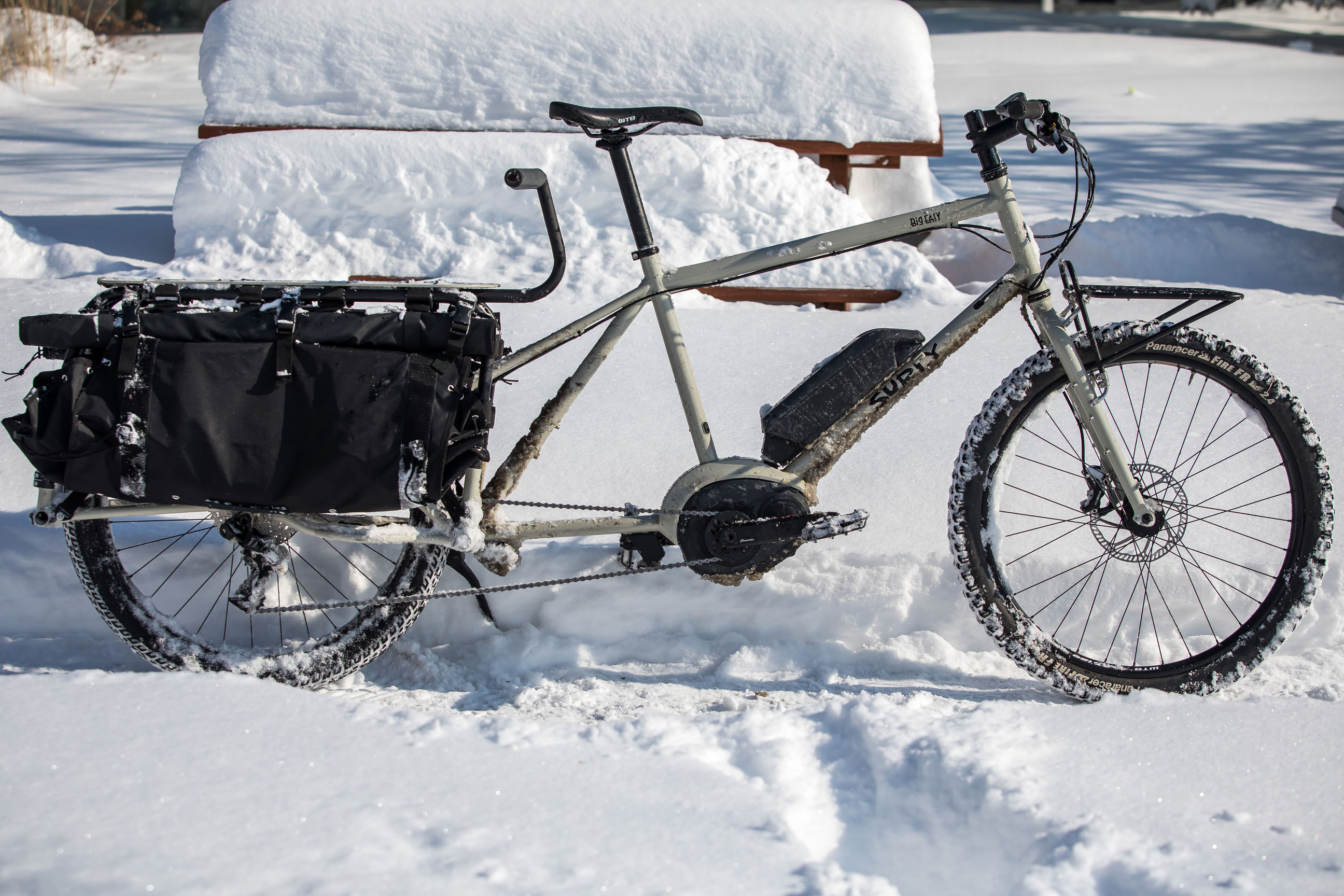 The Bosch website has an E-Bike Range Assistant feature that takes into account rider weight, cadence, and cargo weight, along with mode settings to help calculate battery range.

Surly ships the Big Easy with just one battery, but it does include the necessary wiring and docking harness to accept a second battery. Doing so will essentially double your range. If adding a second battery, both ports are keyed-alike with Abus lock cores for simplicity.

I was pleased to find that during my Minnesota winter test, I stored the long tail outside with no issues. Although during the most recent “polar vortex,” I did remove the battery to top off the charge indoors overnight. 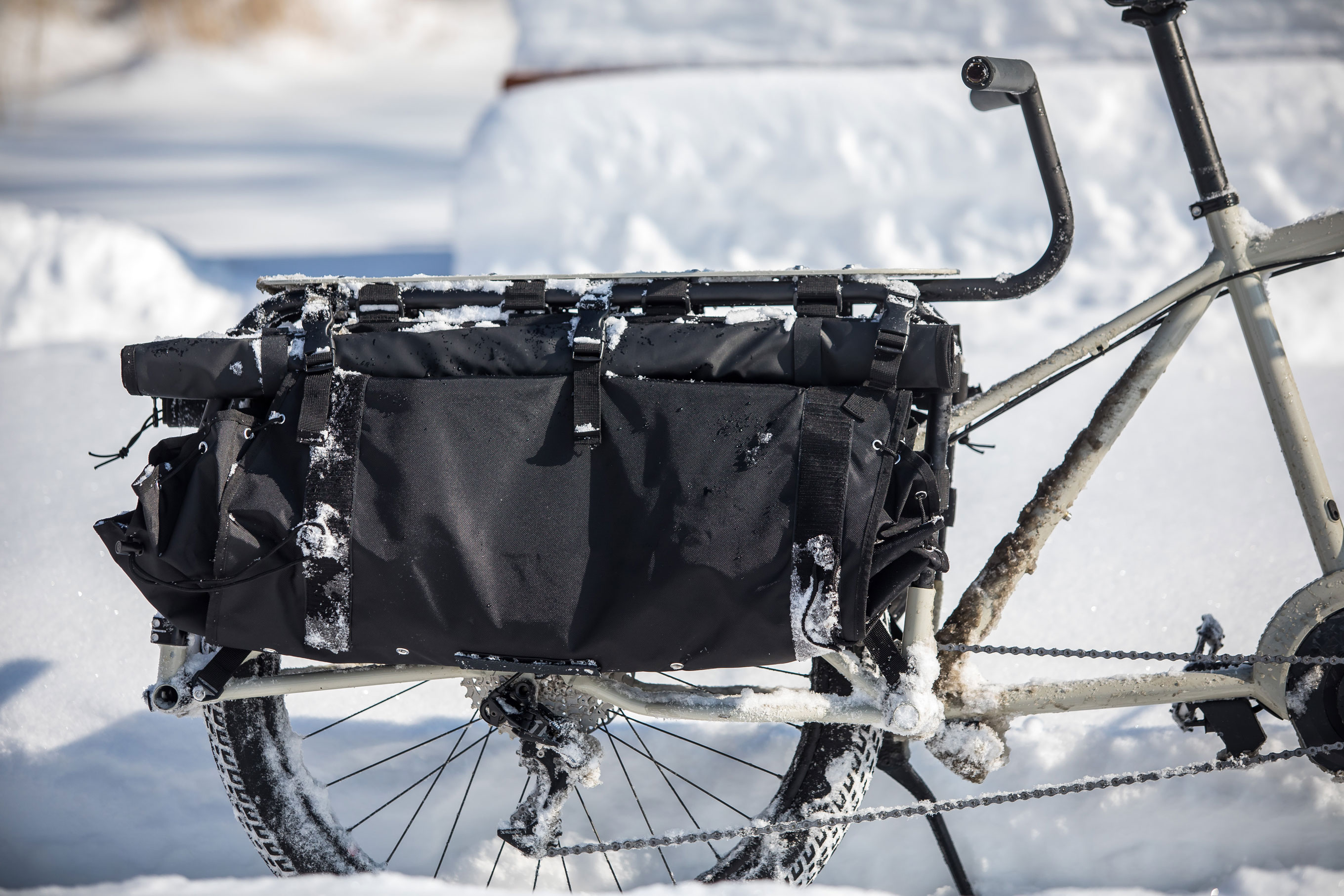 Prior to the official launch of the Big Easy, Surly hosted a group ride for media as part of parent company QBP’s Frostbike event. Being a Surly ride, the first stop for our group was the liquor store. As the Surly crew boasted, the Big Easy can easily haul up to an estimated 300 beers. The total load specs, according to Surly, are 300 pounds for the rider, 200 pounds for the cargo, or a max total of 400 pounds.

We kept it to a more manageable pair of Coors 30-packs. Meanwhile, Surly designer Adam Scholtes muled two Surly Ice Cream Truck fat bikes on custom platforms. The burdens all proved well within spec, and we had no trouble zooming through a local park and carving snowy turns before returning to the QBP launching pad.

Whether toting kiddos, brewskies, or rummage sale scores, the Surly Big Easy provides all the muscle and space you’ll need. Purists may disagree with a scrappy brand like Surly embracing the e-bike movement, but the Big Easy is another big step for moving people — and gear — without cars.

Up Next: Women’s Bike Race Gets Massive Backing From Colorado’s Newest Outdoor Magnate