For $1,095, you can have a waterproof jacket that’s made of mostly metal, conductive to heat and electricity, and kills any virus or bacteria that touches it.

Why on Earth would you want such a jacket? Well, according to Vollebak co-founder Nick Tidball, Earth may not be the place you want the new Full Metal Jacket.

“One of the challenges we were already exploring when COVID-19 hit is the role clothing can play in protection against disease in remote environments on Earth, and how clothing can play a part in making sure we don’t take diseases from Earth with us up into space where astronauts’ immune systems are already compromised,” he explained. 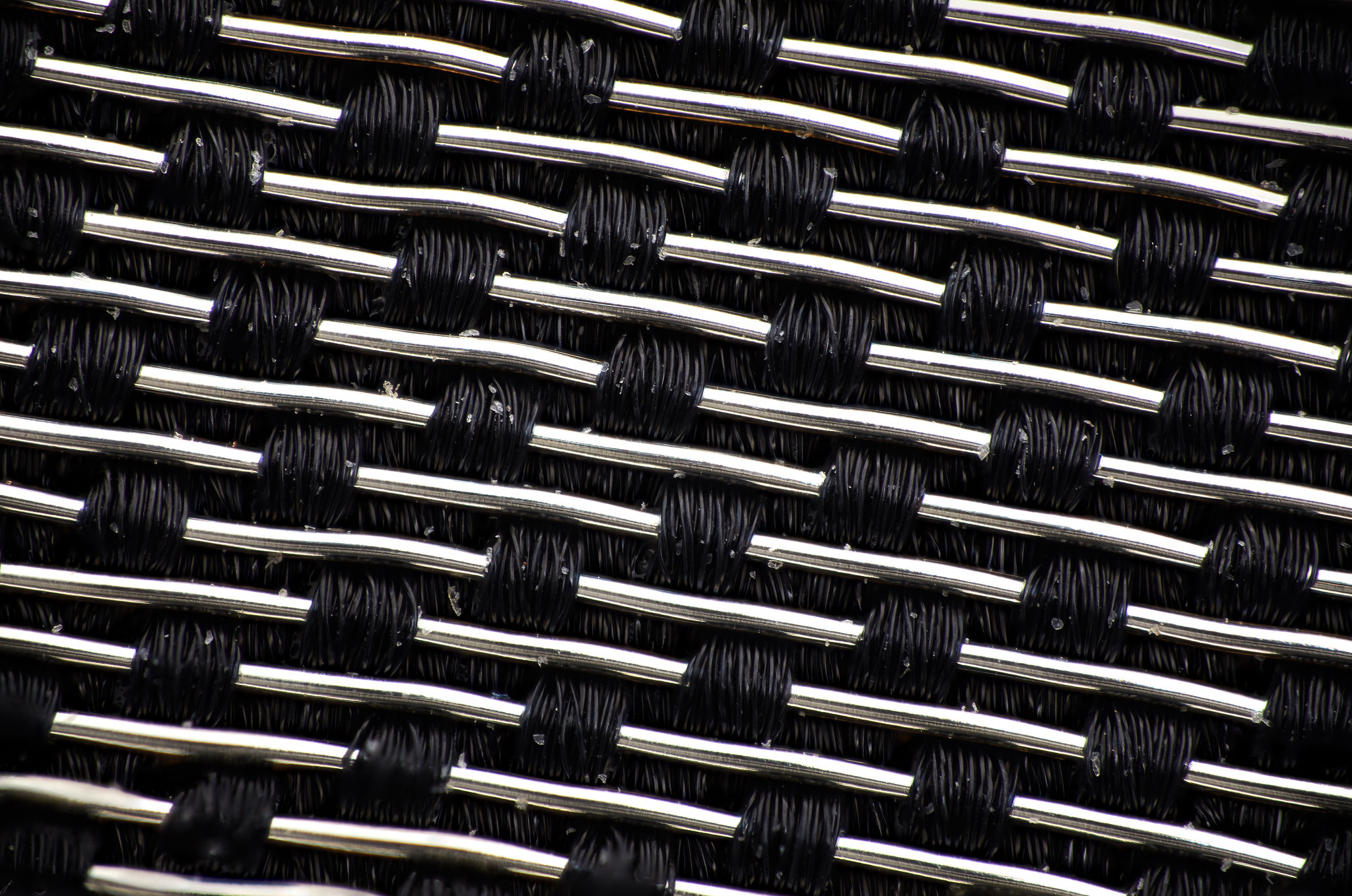 Launched this month, the Full Metal Jacket’s primary directive is defense against microbes. The fact that it also defends against the elements appears secondary. Why else would a shell jacket need 11 km of copper — 65% of all the material in the garment?

But that’s always been Vollebak’s angle: Why not do it differently and as extreme as possible?

“As we enter a new era of disease, the Earth heats up, and fires and floods sweep across countries, we’re radically underprepared as a species for the speed at which change is taking place,” said Tidball’s co-founding partner (and twin brother) Steve Tidball.

“So we’re doubling down on our mission to design clothing for the needs of the next century rather than the next season. Disease resistance will become a requirement of clothing in the future, and that’s why we’re starting to work with copper now.” 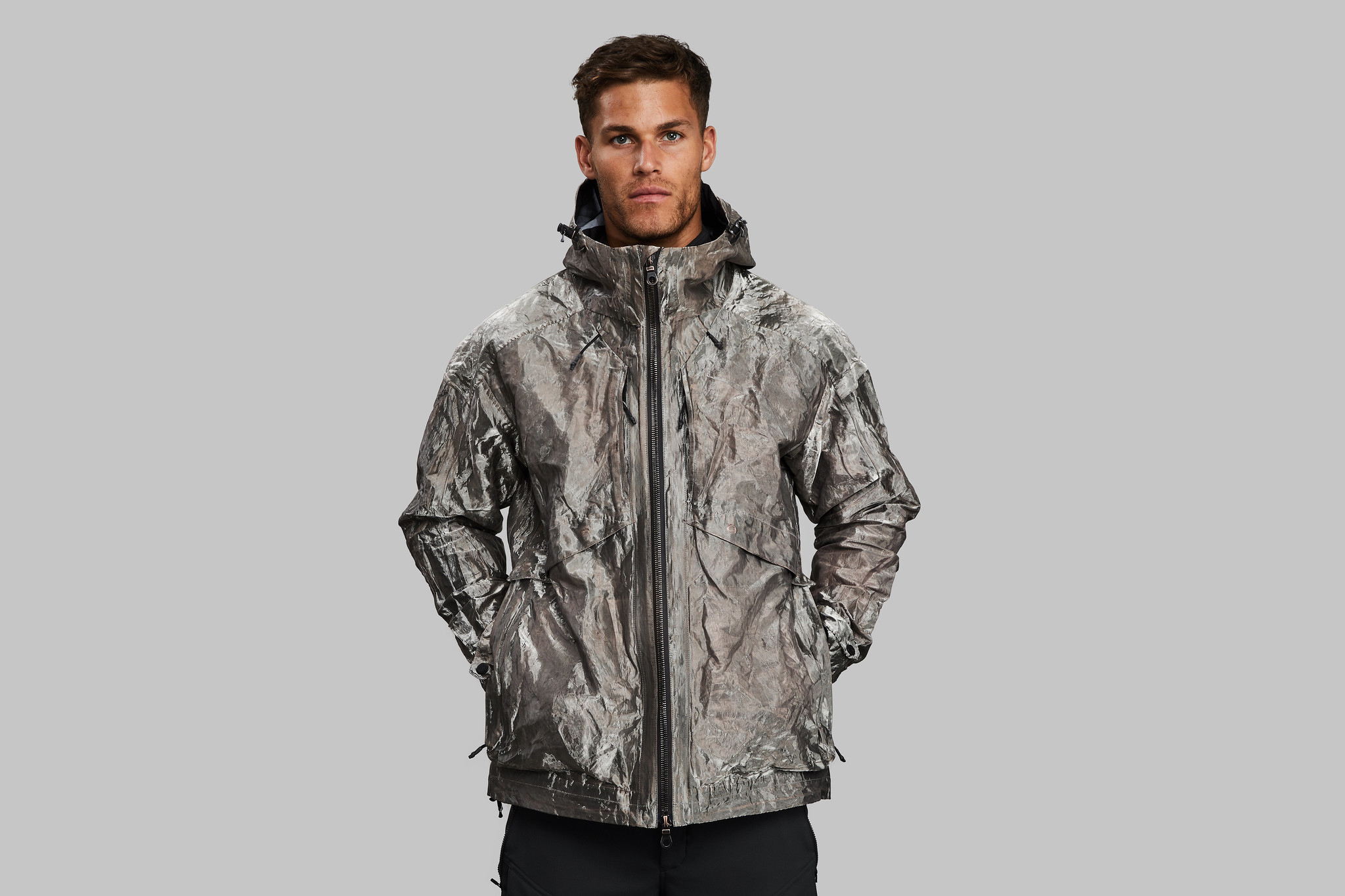 At its core, the Full Metal Jacket is a three-layer waterproof garment. Made in Italy and Romania, it comprises 65% copper, 23% polyamide, and 12% polyurethane.

Schoeller’s “c_change” membrane imbues the jacket waterproof-breathability. Similar to The North Face’s Ventrix line, c_change’s structure dilates to vent heat when the wearer is warm and constricts when it’s cooler.

Plus, Vollebak went with all taped seams and waterproof zippers, so this should prove a stout rain shell. 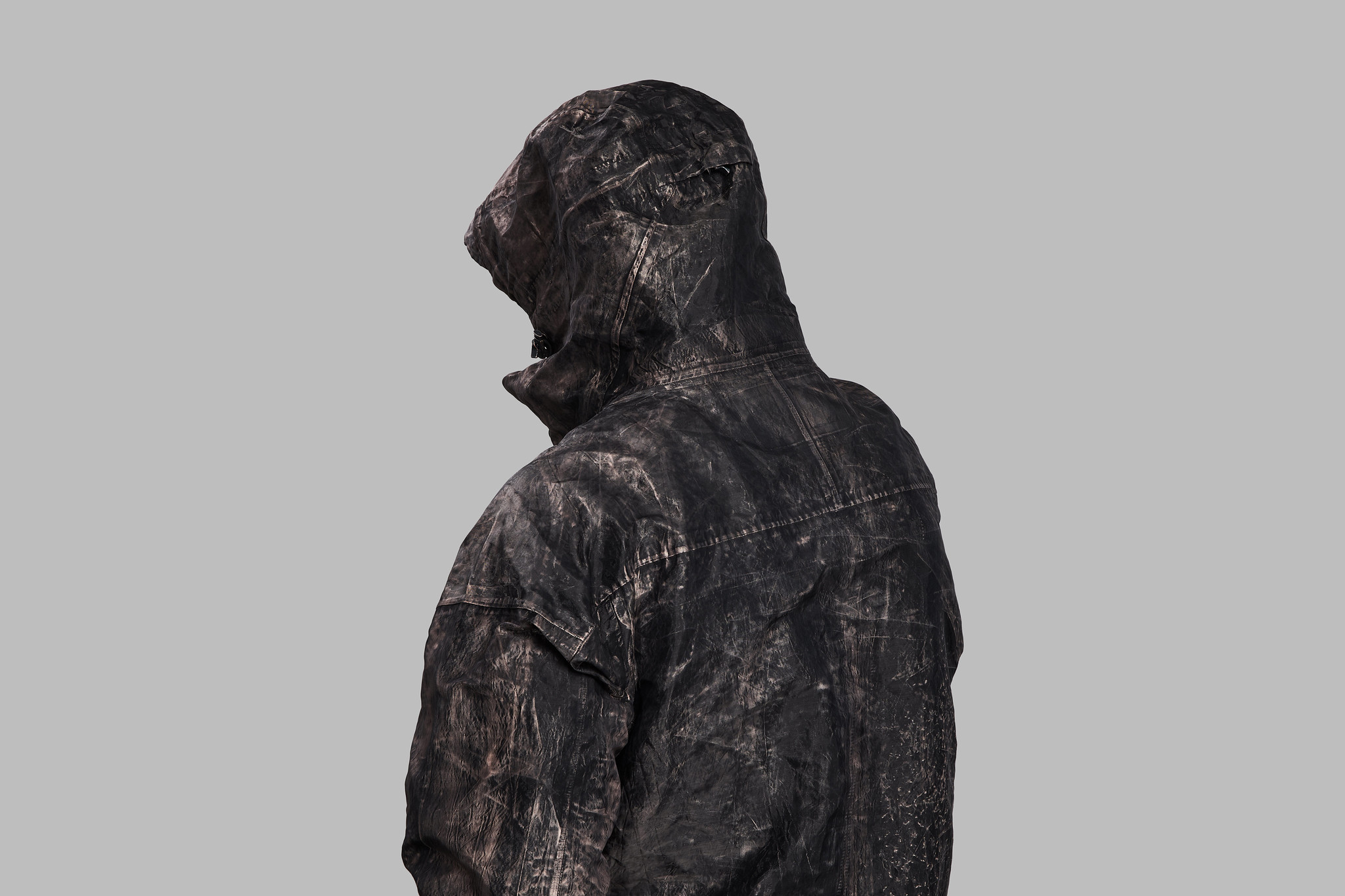 Although the brand doesn’t list the weight of the garment, we’d hesitate to call it “lightweight” or “packable” — you know, because it’s metal.

But while the Tidballs admit that while copper may not be the perfect material for future catastrophe-resistant garments, it’s a good place to start.

“Metal may not sound like an obvious candidate to help create the future of clothing, It’s incredibly expensive, has no real precedent in clothing beyond suits of armour, and there’s no established supply chain,” Vollebak explains on its product page.

“You can think of copper as a platform on top of which other innovation can be added — a bit like an operating system in a computer.” 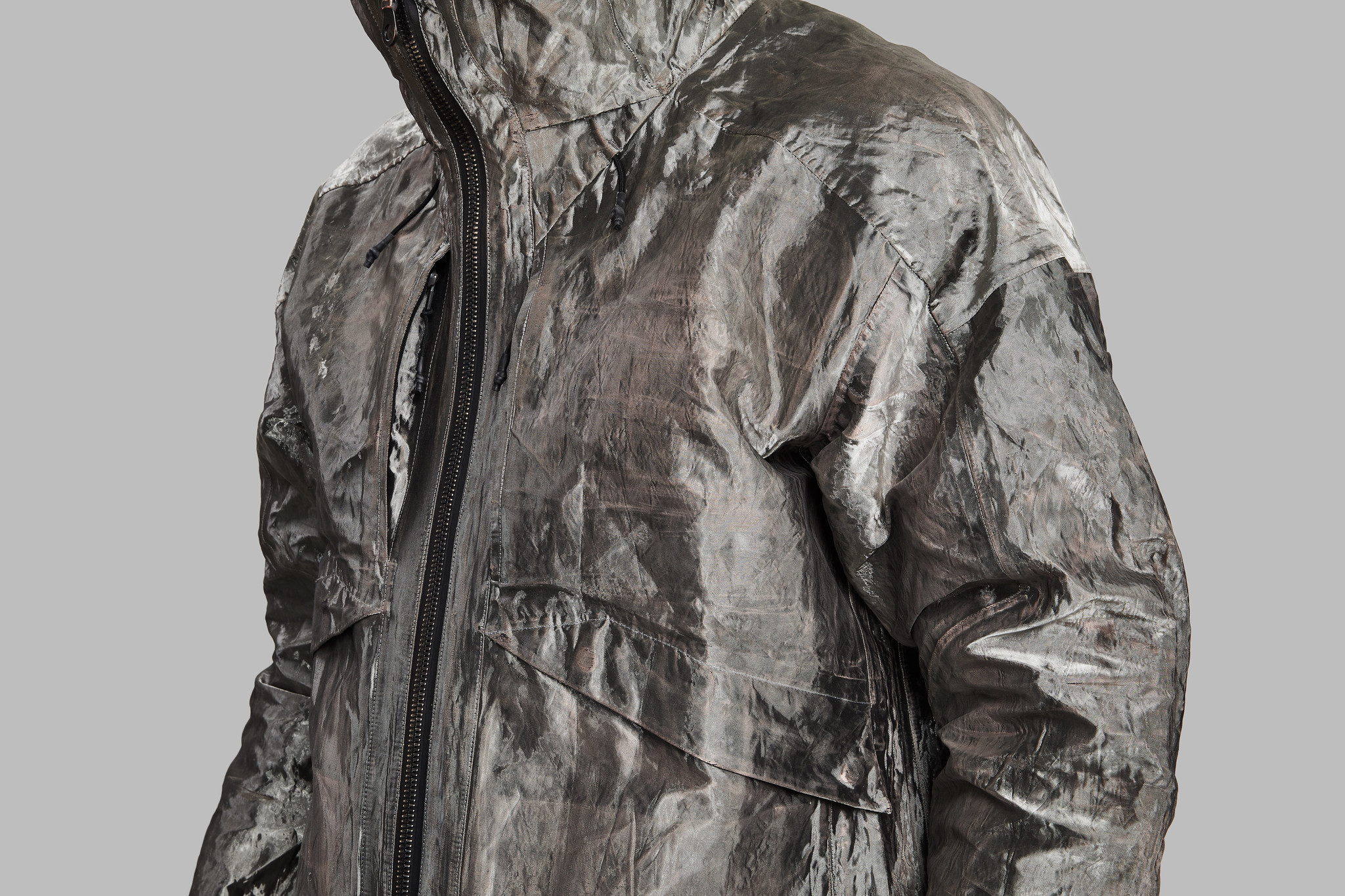 So hey, if you want to be part of the future (and you have $1,095 burning a hole in your non-copper pockets), here’s what you’ll get: two-way front zipper for venting, high cuff with fleece-lined chin guard, two fleece-lined side pockets, two large front bellows pockets with storm flaps, two chest pockets, one internal pocket, an adjustable hood, and snap-adjustable cuffs.

One cautionary note: Vollebak added a lacquer coating to the copper to minimize its conductivity. But being that you’re essentially wearing an intricate network of copper filament, maybe avoid areas where lightning may be present.

Up Next: Most Popular Deal Ever? Patagonia’s Better Sweater Is on Sale

Saving…
Most Popular Deal Ever? Patagonia’s Better Sweater Is on Sale
The 30 Best Memorial Day Sales You Don’t Want to Miss
×