The trio — Wyatt Roscoe, Andy Cochrane, and Charlie Hagen — planned their trip and route to be fully self-supported via bike and human-powered via bike, foot, and ski.

“I promised Wyatt and Charlie the best 3-week ski trip of their lives,” said Cochrane. “Despite some bushwhacking, whiteouts, frozen toes, long days, seemingly endless rain, and some nights spent on the side of the highway, I’m pretty sure I delivered.” 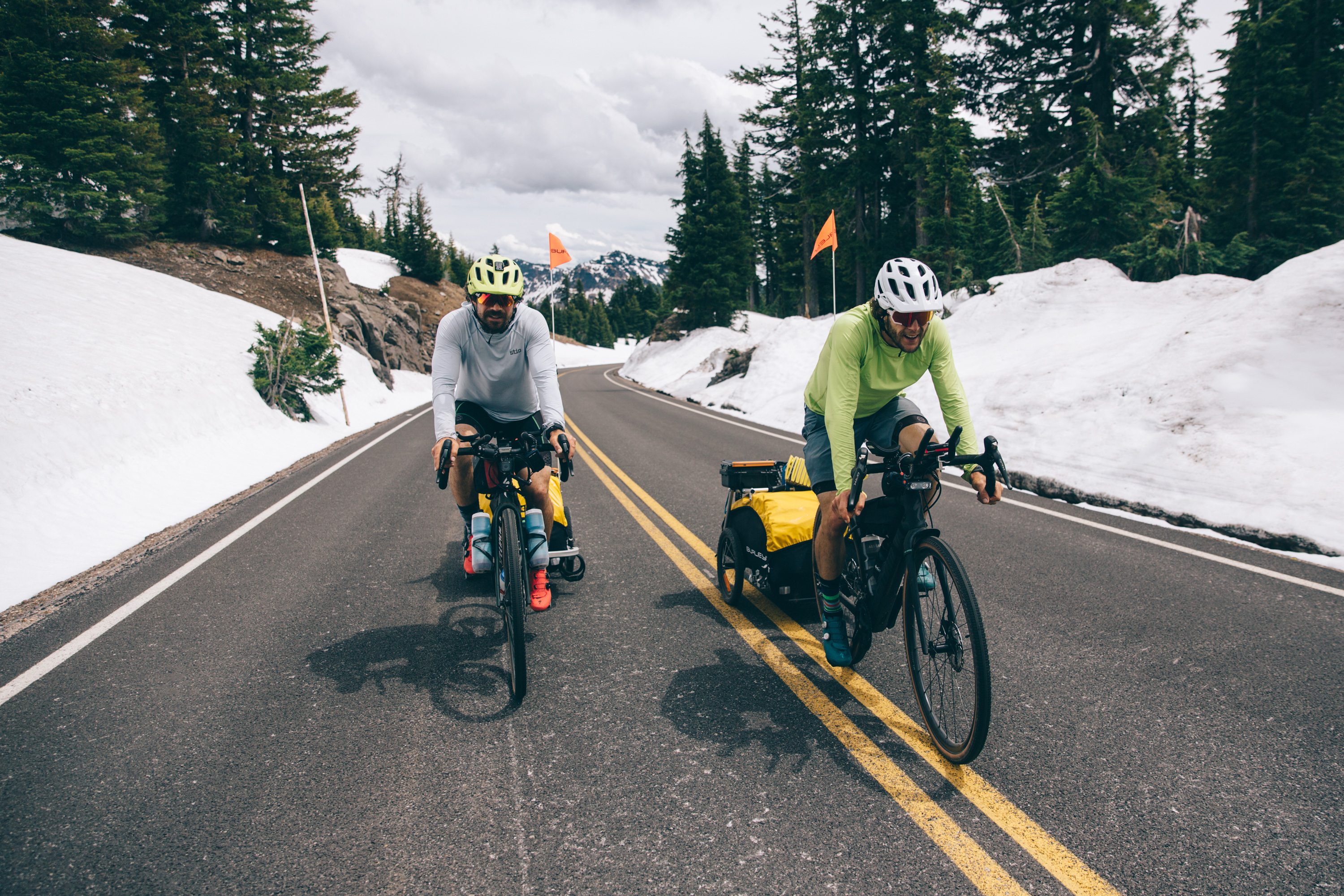 The tour took the group from Northern California up through Oregon and included interesting logistics — like hauling 200 pounds of dehydrated meals stuffed into bike trailers. Still, it sounds like a whole lot of fun.

In total, the team logged 650 miles and over 100,000 feet of vert in 17 days, plus seven Cascade summits. “We wanted to create an epic adventure without the use of fossil fuels, hopefully inspiring other people to find their own adventures closer to home,” said Cochrane.

Rise and Grind was produced by Stio.