Nymph fishing is often looked down on in some purist fly fishing circles. But European nymphing is catching on in the same circles. Here’s why.

The typical complaint about nymph fishing includes talk about clunky indicators, split shot, and the claim that indicator fishing is too easy. Unfortunately, these anglers are actively passing up on catching the majority of the fish in the river.

Orvis Helios 3F Rod Review: A Euro-Nymphing Rod That Can Do It All

European-style nymphing is growing in popularity on trout waters across the United States, and fly rod manufacturers have taken notice. Orvis follows suit with the new Helios 3F. Read more…

On the other hand, many of my purist pals have added a type of nymph fishing to their repertoire. Turns out, they’re turning to European nymphing. Why? The technique catches piles of fish without a strike indicator and split shot.

The Origins of Euro Nymphing 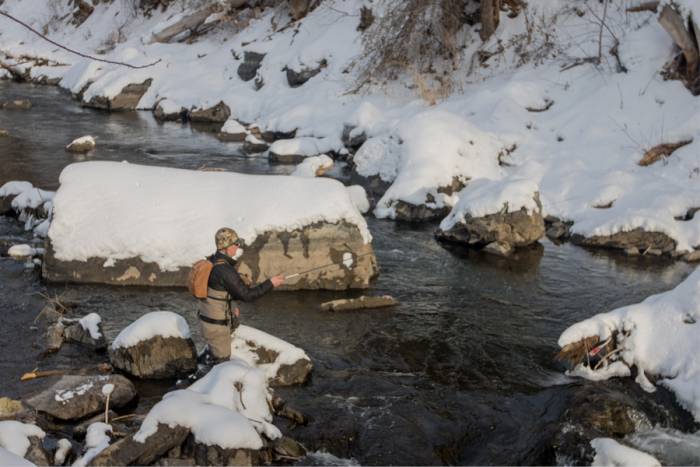 Called “euro nymphing” in angling circles, the technique grew from the rules found in competition fly fishing. The rules state that an angler can’t attach anything to the leader to float or sink the fly; i.e., no split shot and no strike indicators.

The top competitors knew that most fish spend a majority of their time feeding on small nymphs subsurface. They needed to find a way to nymph fish within the competition rules. The lack of weight and indicators posed two problems: How could an angler get the flies to the fish’s depth? And how would they detect a strike? 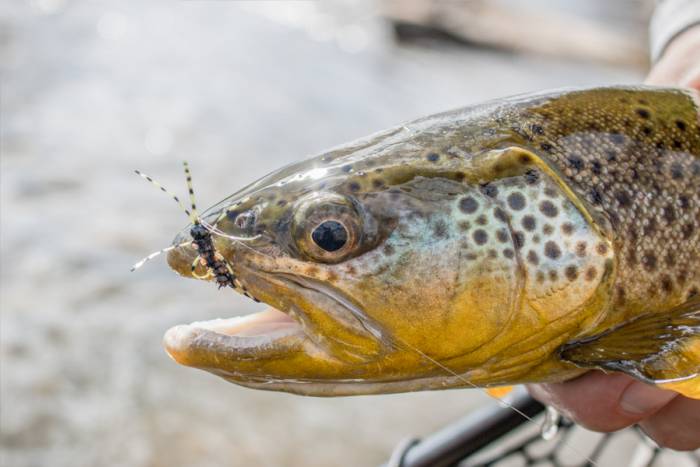 Competition anglers found a way to overcome the first problem by incorporating weight into flies. They replaced brass beads on nymphs with denser tungsten beads and added a lead underbody to give additional mass to the flies. These heavier flies achieve depth quickly and negated the need for the split shot.

Many of these flies are tied on jig-style hooks. These hooks ride point up, which keeps them from snagging on the bottom.

The Leader: Tie a Sighter

In place of an indicator, a fisherman adds a bright section of monofilament in the middle of the leader. This is called a “sighter,” which the angler high-sticks off the surface of the water. The bright color makes it stand out. When the sighter straightens or pauses, the angler sets the hook.

The Basic Technique: How to Euro Nymph 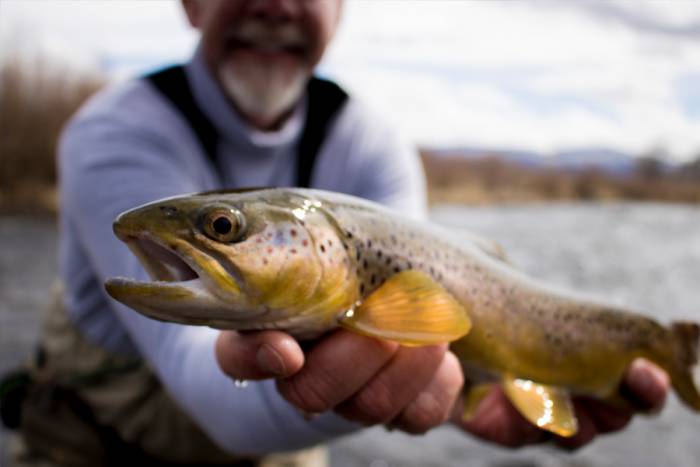 So, in short, European nymphing is a fly fishing technique where an angler holds a sighter off the water to detect when a trout eats their weighted flies.

That’s a very simplified, basic definition. But if it sounds like a technique you’d be interested in learning more about, stay tuned for my next article. In it, I’ll provide an in-depth discussion on how to euro nymph and resources to further your euro-nymphing knowledge.

Up Next: 2019 Hoyt Carbon RX-3 Ultra Compound Bow Review: A Joy to Test