Be forewarned: This is one wicked looking blade, something that would be right at home next to Daryl’s Busse Team Gemini on ‘Walking Dead.’ 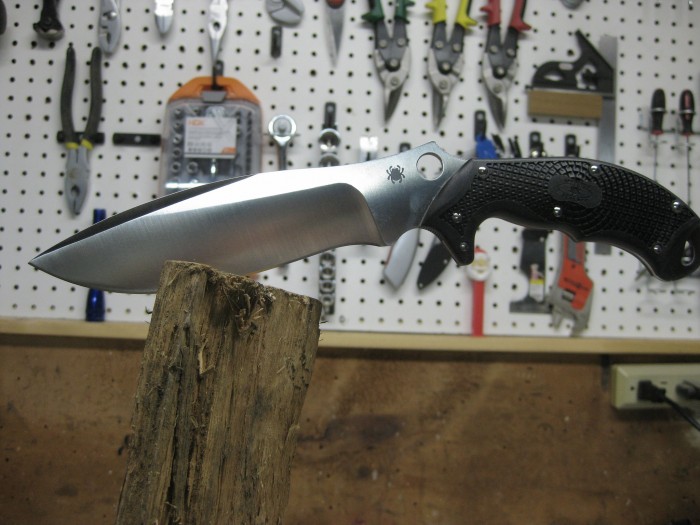 In the age of Apple we have been conditioned to like simple, clean designs. And for good reason — simple is often better, especially when it comes to knives But there is one world-class designer that eschews the simple in favor of complex, ethnically influenced designs.

Ed Schempp, one of Spyderco’s in-house designers, has a history of making interesting, complex knives that, once in hand, seem to defy all logic and work incredibly well.

While all knives need to be experienced in hand to fully appreciate them, Schempp’s blades are almost unintelligible without the hands-on experience. Among the best of the Schempp’s many designs is the Spyderco Schempp Rock, a fixed blade that cannot be categorized and instead simply cuts and chops forever.

The Schempp Rock has been produced in two steels, the ultra corrosion resistant H1 and the more commonplace VG10. The VG10 version is still readily available. It comes with a molded plastic sheath and FRN grips.

The knife is something of a kukhri design, with a heavily recurved blade and a weight forward balance.The blade stock is thin at 3/16 of an inch, less than most 1/4 inch choppers, but this gives the Schempp Rock a huge advantage in powering through material.

The handle eschews the “simple is best” rule that applies to fixed blades, but despite this, it works incredibly well.

Schempp’s design flair gives the Rock a very distinctive profile, something that isn’t quite like any other knife out there. Those that are faint of heart or decidedly anti-knife will be shocked by this blade. 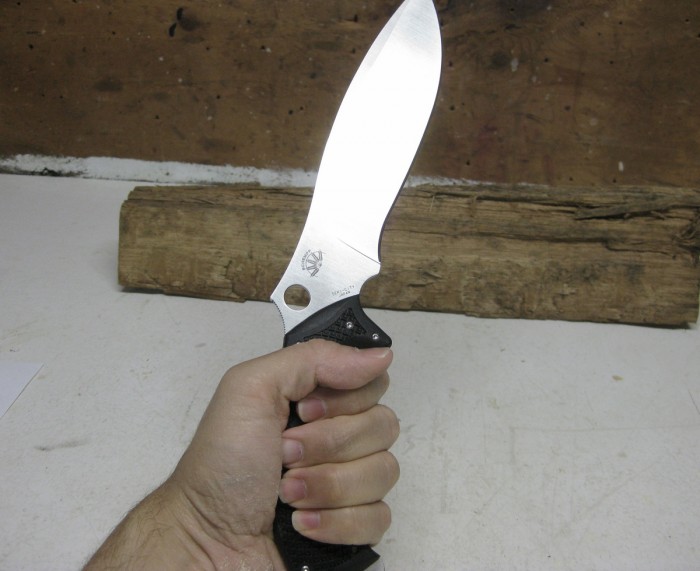 But put that aside, and just use this knife. I used it to clear a massive set of shrubs around my property, and the Schempp Rock forced the forest itself to bow.

The cutting power of the knife can’t be denied. I think it has to do with a few things–the kukhri shape, weight distribution, and the thinner than average block stock.

Time and again I was surprised at just how few swipes it took to fell some pretty gnarly vegetation.

The only real drawback of the knife, aside from the slasher film appearance, is the massively wide sheath. It felt more like a leg splint than something designed to carry a knife.

It’s not cheap. It’s weird looking. The sheath is not great. But this knife works very well.

I was repeatedly impressed with its performance and with Ed Schempp’s design prowess. There is no one in the knife business that designs blades that are as weird and as useful as Ed’s with the possible exception of Jens Anso.

Up Next: Axes & Plaid: Gift Guide For A Burly Man