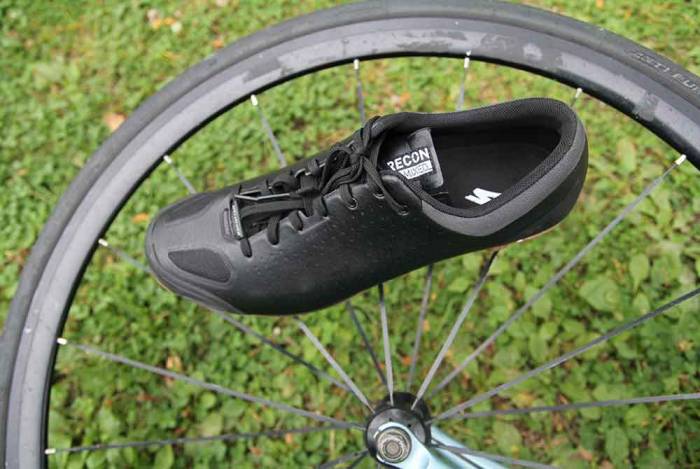 [leadin]Buffed faux-leather and shoelaces distinguish the Recon Mixed bike shoes, conjuring up old-school aesthetics that existed before the days of Velcro and carbon-fiber soles.[/leadin] 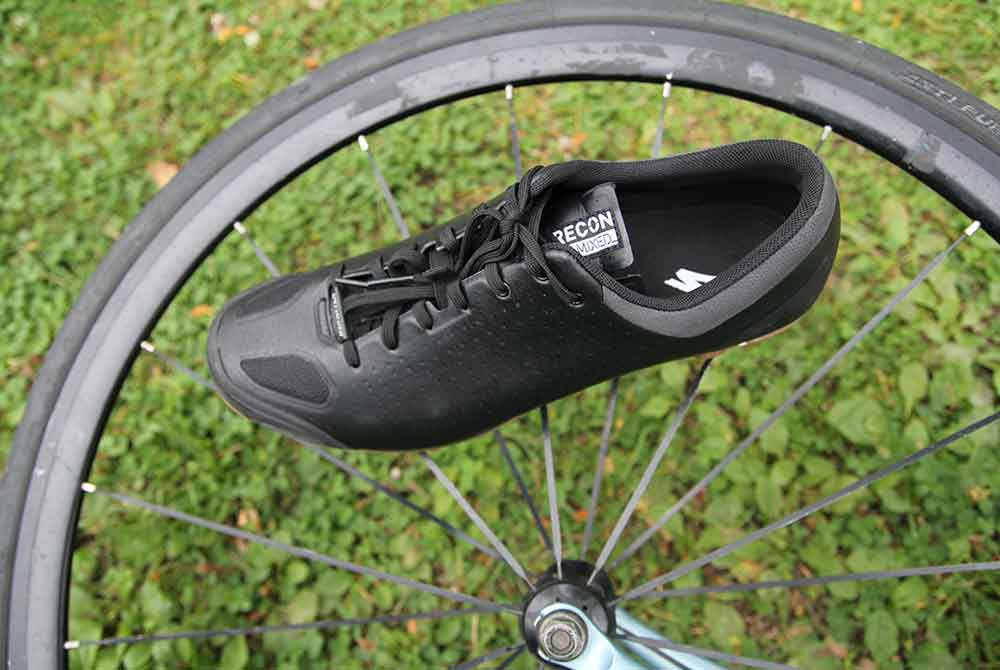 But hidden in the design of this high-end cycling footwear are new technologies giving a rider versatility and performance with a refined look.

Made for mountain bikers as well as chameleons who also roll on pavement and gravel, the shoes, new this month from Specialized, cloak a stiff sole and high-traction tread in a shell passable as “dressy” when off the bike at work or any social setting.

Handsome might be a better word. Side by side with my current bike shoes, the Recon Mixed exude understated good looks. Mesh chevrons on the toes, as well as raised tread underfoot that mimics soccer spikes, give the Specialized footwear away as sporty, though as a passerby you need to glance hard.

The company did not build the shoes to fade into the background, however. The Recon Mixed are part of a greater trend of classy cycling-wear, including chamois-equipped shorts that hide performance features and jerseys that lose flashy colors and logos in favor of subdued, fitted designs. 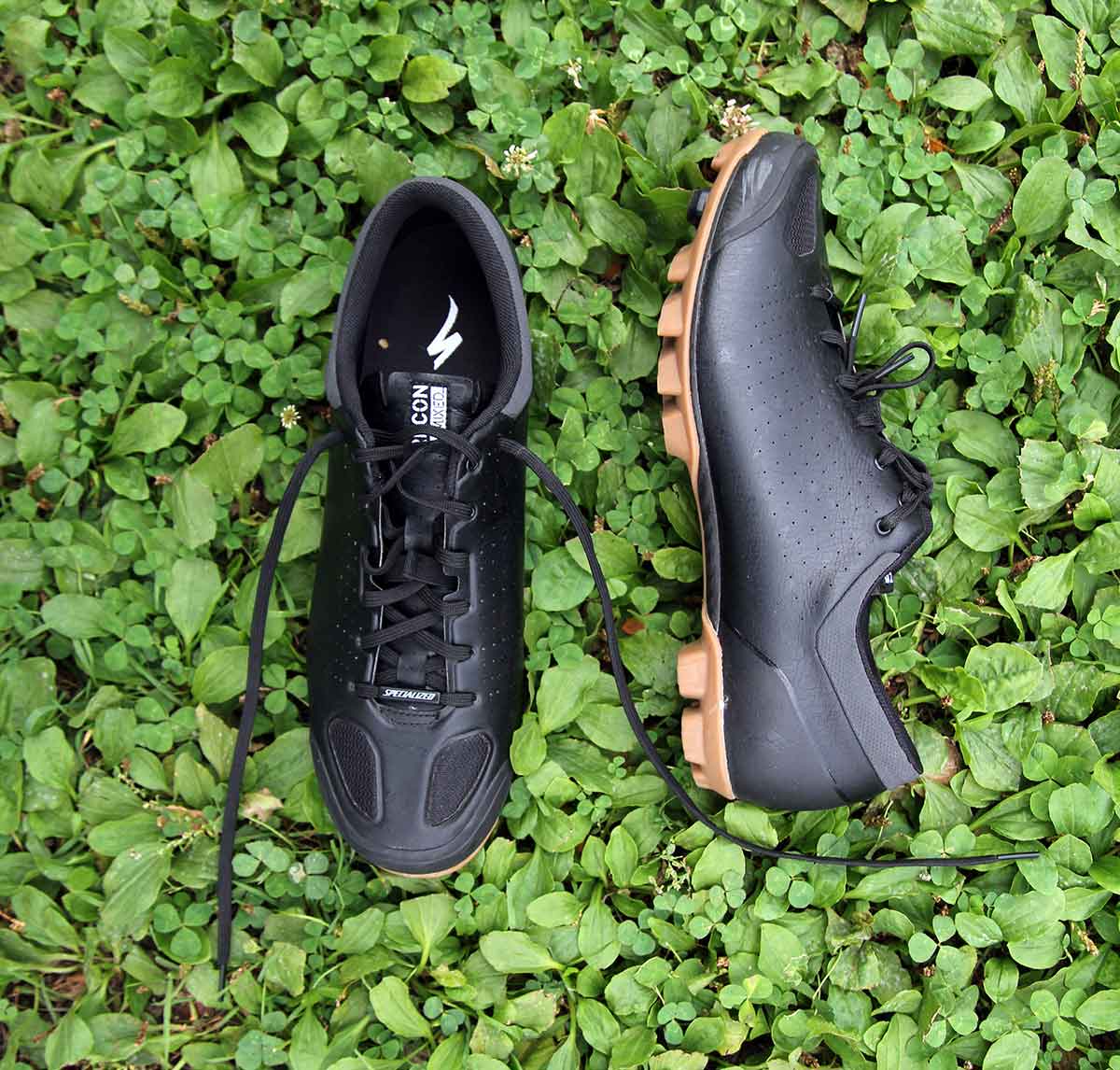 Cleats attach via threaded bolt holes on the forefoot, supporting the industry-standard SPD-style pattern. Clip in to your pedals and spin, and the Recon Mixed convert to serious shoes with the fit and features needed to ride or even race long distances on roads, gravel tracks, or singletrack trails.

I wore them over three weeks for an initial test. To me, bike shoes have remained unchanged at a macro level for a few years, so the touted technology upgrades were less noticeable than the aforementioned aesthetics.

The Recon Mixed proved stiff and alive underfoot, transferring power as I pedaled just like my workaday (and very “athletic looking”) mountain-bike shoes. Specialized advertises an ergonomic footbed and touts an “engineered” carbon sole, together adding comfort and power transfer as you crush out the miles.

The outsole is made with soft rubber and big tread for hike-a-bike scenarios. Standard screw-in studs under the toes let you dig in for grip on the ground once off the bike, ostensibly shouldering your steed to run up a hill too steep to ride.

They weigh about 13 ounces per shoe, depending on size, which is light enough. Overall, I would trade these out for my more performance-minded shoes for all but the most serious rides.

Downsides? They are slow to pull on, with a tight heel area and laces to tie and then thread through elastic keepers so the bows don’t interfere with the chain. They are super stiff, too, which is great while riding but not ideal for any distance on foot.

But the bigger caveat may be price. At $225, Specialized is aiming for a higher-tier rider. However, I have used shoes from the company for years, and I would vouch for their quality and enough durability to last for thousands of miles of abuse.

If you need new shoes that hit a nexus of performance, versatility, and good looks, the Recon Mixed could be your game.