Courtney Dauwalter leapt onto the podium of some of the toughest races in North America and is beginning to make a splash.

A handful of phenomenal ultrarunners have staked worldwide claim to fame. Scott Jurek, Anna Frost, Kilian Jornet, Emelie Forsberg being among the most known talent. They built careers of the sport, and collaborated with top-tier brands and sponsors.

But in Colorado, a lesser-known athlete is scrambling up the ladder of success and crushing records.

Her latest victory rocked the field of a well-known race. She set the new course record, beating that of both the men and the women.

Imagine a stream of more than 700 ultra-athletes, surrounded by Sonoran Desert saguaros, running 100- and 62-mile distances in Halloween costumes around a temporary tent city.

Temperatures hit a blistering record of 95 degrees with zero cloud coverage and no shade in sight. 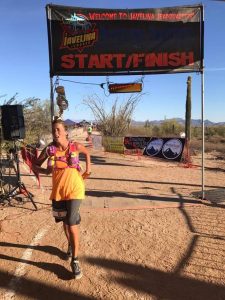 “I felt like I was boiling,” Dauwalter said. “I couldn’t close my fist, because my skin was so hot it felt like a fireball.”

Despite Dauwalter’s lack of heat training, the hellacious conditions couldn’t stop her

This was actually a training run for Dauwalter. On December 10, she’ll compete in the invitation-only, 24-hour Desert Solstice track race in Phoenix, Ariz. There, she hopes to best her 24-hour record of 135 miles.

Podium Finisher Since Day One

Take a glance at her race log and it becomes clear that a trail win for Dauwalter isn’t out of the ordinary. 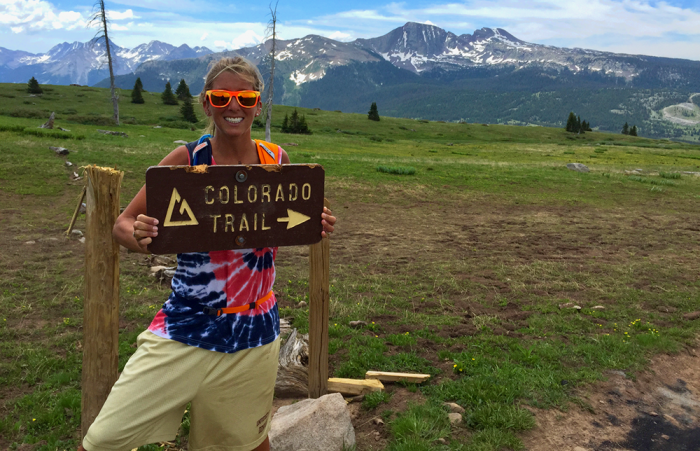 In September, Dauwalter swept first place at the 2016 Run Rabbit Run 100 Mile with a 75-minute lead. Her win earned her the world’s largest purse among trail ultras: $12,000 to the first male and female across the finish line, each. The big money attracted some strong talent.

Her debut trail race was the Prickly Pear 50K in 2011 — where she broke the ribbon. In fact, out of her 34 ultra trail races, she holds 17 first-place wins and 10 other podium finishes to her name.

Her five-year career is studded with an uncommon amount of wins. But while her latest victories are just gaining attention in the world of ultrarunning, Dauwalter is not new to competition.

Prior to ultrarunning, she pursued endurance sports in all seasons. She ran high school cross-country and competed with a cross-country ski club in Minnesota. Running, she was All-State. Skiing, she earned All-America honors three times in high school. Her team earned two national championships. She was a four-time state champion.

In 2003, she moved to Denver, Colo., and raced for four years on the Nordic Ski Team at the University of Denver. As a junior, her squad won 11 meets and the DU team skated away with the 2005 NCAA Championship. 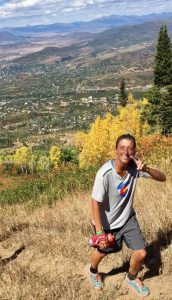 Her motivation is a curiosity to discover how far the human body can go. “I’m intrigued by longer distances and timed events to see where your brain goes and what your body is capable of, even when it feels like it’s failing,” she said. “I still have so much to learn; seeing what’s possible is the main drive.”

In January, she sketches out a list of primary races for the year — all ultra distances and 24-hour races — and then adds more ultra races between those dates as “body tune-ups.”

She runs an average of seven days a week with a few miles before work, perhaps a second evening run, and a long 25-mile run on the weekend. Based in Golden, Colo., 80 percent of her runs are on trail.

One race DNF due to stomach issues (RRR100 2012) was enough. Now, the hard rule is no carbonated, caffeinated beverages. “I used to think caffeine would be my savior and drink Coca-Cola. I cut that out of my diet, felt a lot better, and wasn’t getting tired during races.” Her central energy source is “anything at the aid stations that resembles candy”: gummies, Honey Stinger waffles, Sports Beans, Jelly Beans, Gatorade, or Tailwind.

“I like running for the physical challenge, but also for getting outside and adventuring. I do some of my best thinking when I’m out for a run, whether it’s about everything or totally nothing: both are important.”