Canada Goose takes a big leap into footwear with high-end boots that are styled for the city and built for the wild.

Canadian down jacket manufacturer Canada Goose first gained notoriety in the 1980s for making a long, fur-hooded down jacket affectionately dubbed “Big Red.” It was standard issue for scientists working at Antarctica’s McMurdo Station. The brand solidified its extreme cold legitimacy with a custom kit for the first Canadian to summit Everest. And with the jacket, it made for a record-setting Canadian dog musher who won the Iditarod and Yukon Quest wearing it.

This fall, the 65-year-old brand introduces footwear with the same DNA as its jackets. Canada Goose is starting with two models, the Arctic-ready Snow Mantra ($1,295) and a luxury performance winter hiker, the Journey Boot ($750). 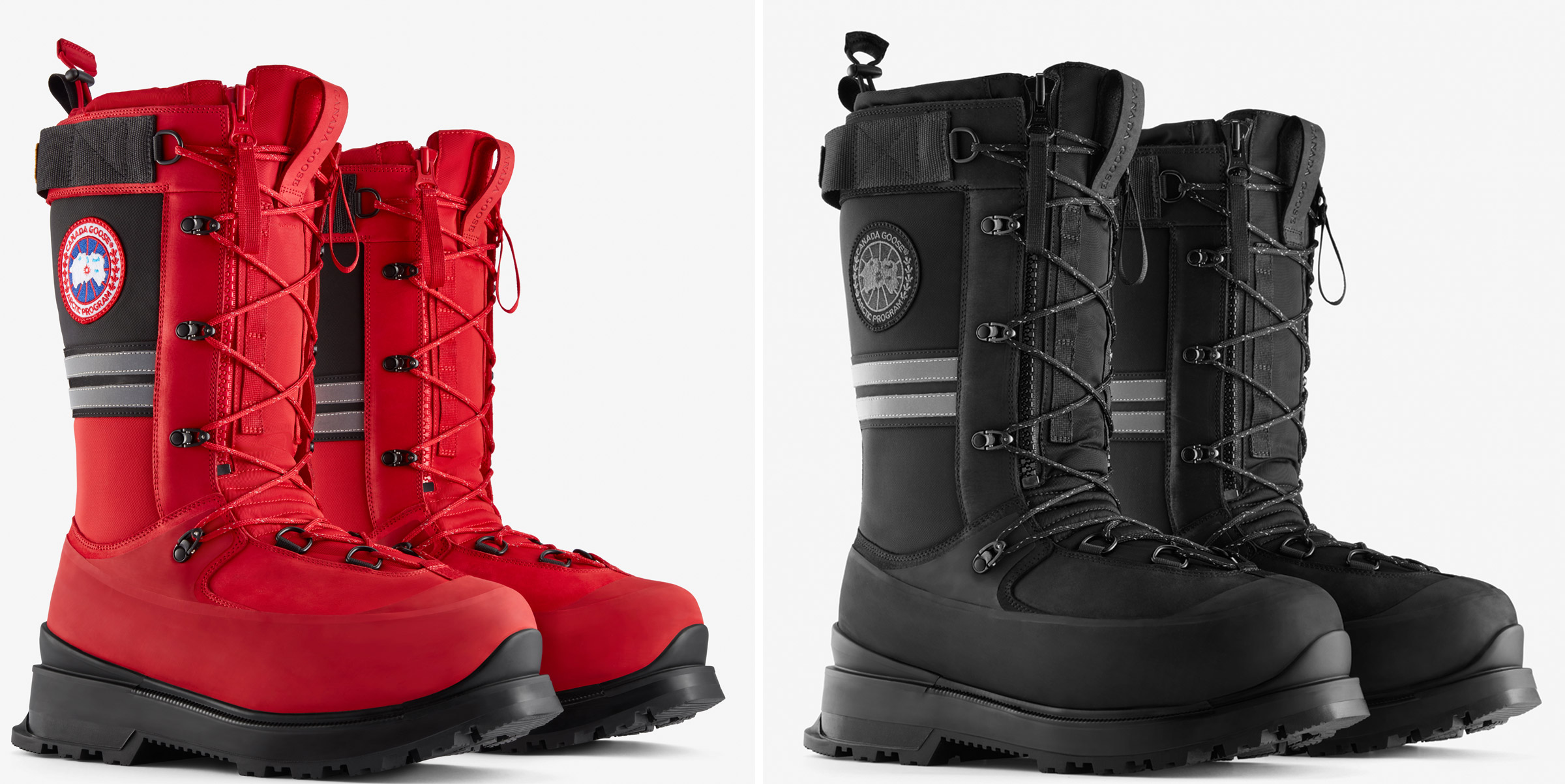 The boot is designed to handle the rigors of subzero temperatures, but it’s styled for urban and city environments, according to the brand. The Snow Mantra was “tested by global adventurers, scientists, athletes, and entertainment industry professionals,” more than 40 men and women who logged hundreds of miles over 6 months.

And it made a grand entrance when I opened the box. Each pair comes in a foam-lined, crushproof, rolling, Canada Goose-branded Pelican-style hard case like the one I’ve used for years to protect my camera and video equipment when I checked it for airline travel. 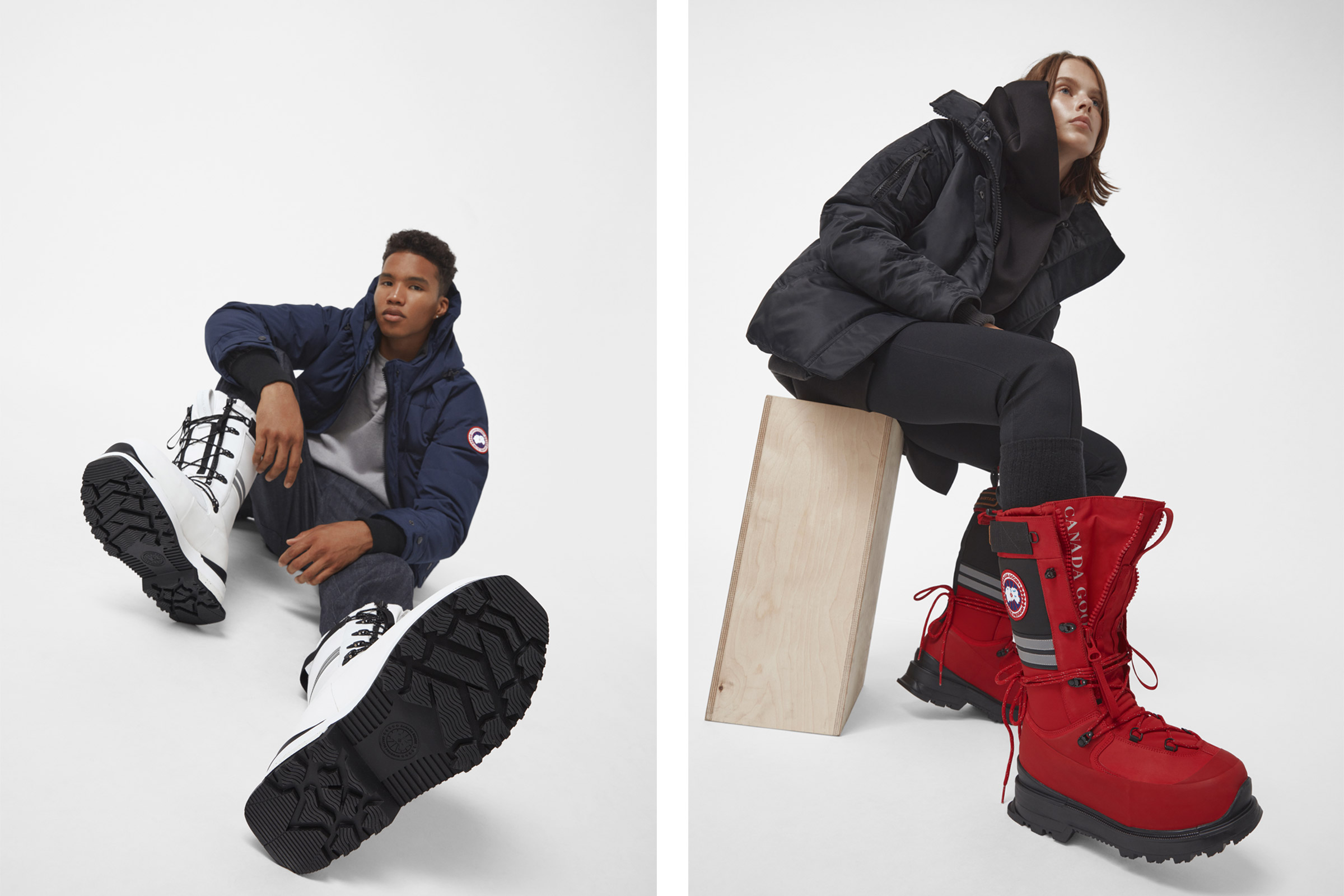 The removable-liner boots are fully waterproof with a layer of PrimaLoft Aerogel between the upper and the midsole, as well as over the toe. The Intuition liner is made by the same company trusted by backcountry and big mountain skiers who need to be comfortable and warm on remote expeditions and sidecountry missions.

The liner forms to your foot over time. Double Vislon zippers, one on each side of the tongue, helped me get my foot in and out. Oversized tabs were fully operable with gloves on. The lacing is zonally adjustable, and the top of the boot seals shut with a drawcord to seal out weather, while a top-of-the-cuff rear grab strap gave me a place to hold to pull on this hefty boot.

The body of the boot is made from Canada Goose’s low-water, low-chemical leather, and it’s light, waterproof, and durable synthetic. The whole package sits on an ice- and snow-specific sole with lugs inspired by the Canadian maple leaf. The lugs are siped for grip on slippery, cold surfaces. 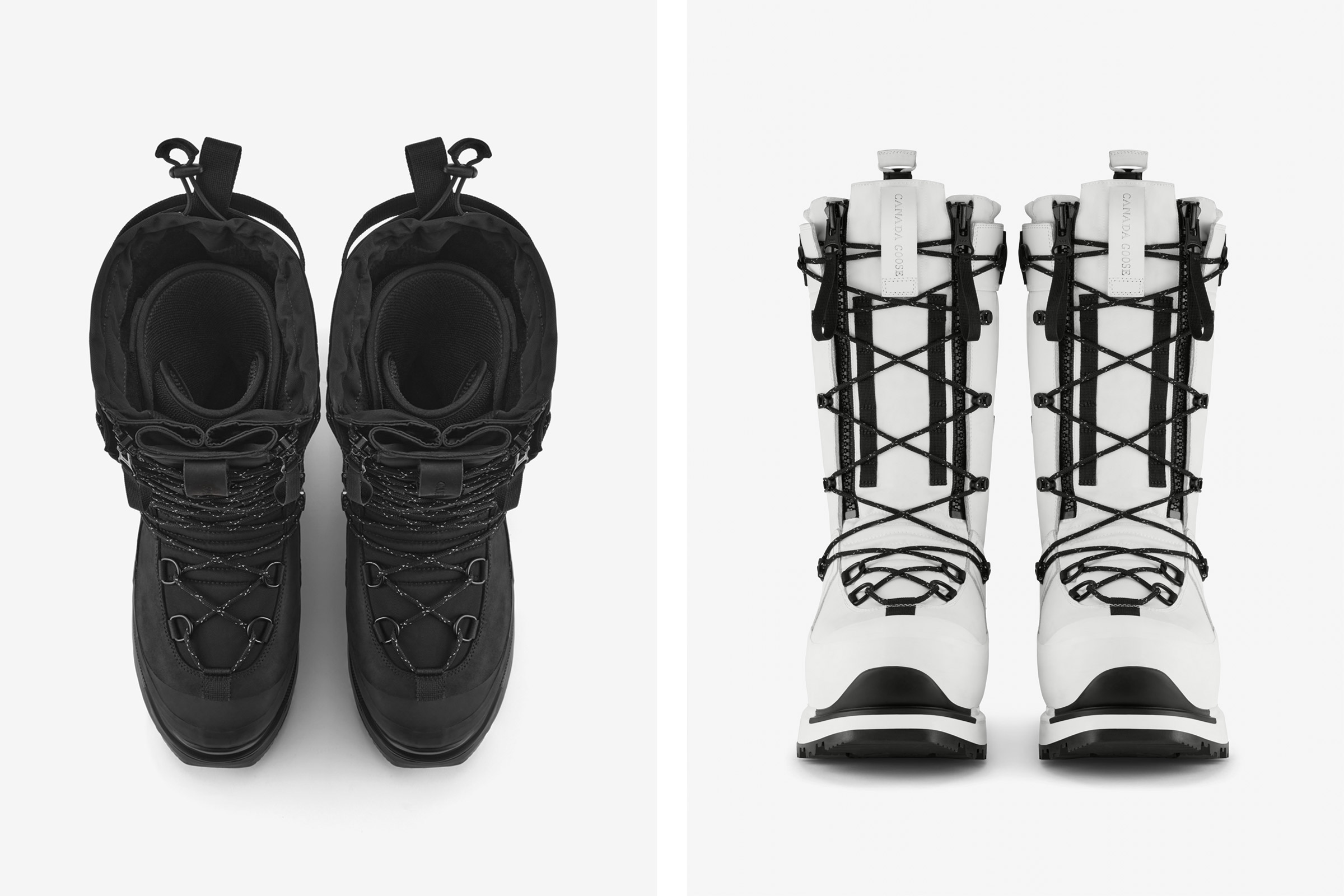 Designed for Extreme Use

One of Canada Goose’s testers bagged Mt. Logan, Canada’s highest peak, in these boots while drilling ice cores. The boot is designed for extreme use, and it looks as warm and burly as it is.

The Snow Mantra makes Tecnica’s Moon Boot look like a walk-around-town boot. But it’s more likely to be worn by celebs and Canada Goose-loving customers willing to drop $1,295 to wear this boot to the Sundance Film Fest and SoHo soirées.

Luckily, there are four ways to configure the laces and zippers depending on temperature, weather, and what best matches your outfit, which will also prevent urban explorers from overheating.

We’ve got the boots in hand, and we plan to put them to the test as soon as the snow gets deep. Stay tuned.