Forrest Galante, the host of Animal Planet’s ‘Extinct or Alive,’ uses his unique skill set to search for evidence that some animals declared distinct may still be out there. And he also uses a very unique set of gear.

With land development and human encroachment, more and more animals are pushed to the brink of extinction. But could some animals declared extinct still exist in remote places where scientists haven’t looked? Galante thinks so, and he has based his career on finding them.

This week, he also took part in Discovery Channel’s Shark Week in the episode “Extinct or Alive: Land of the Lost Shark.” There, he dove into some of the most treacherous, shark-infested waters in the Southern Hemisphere, all in an attempt to rediscover three unique sharks lost to science for as long as 100 years. 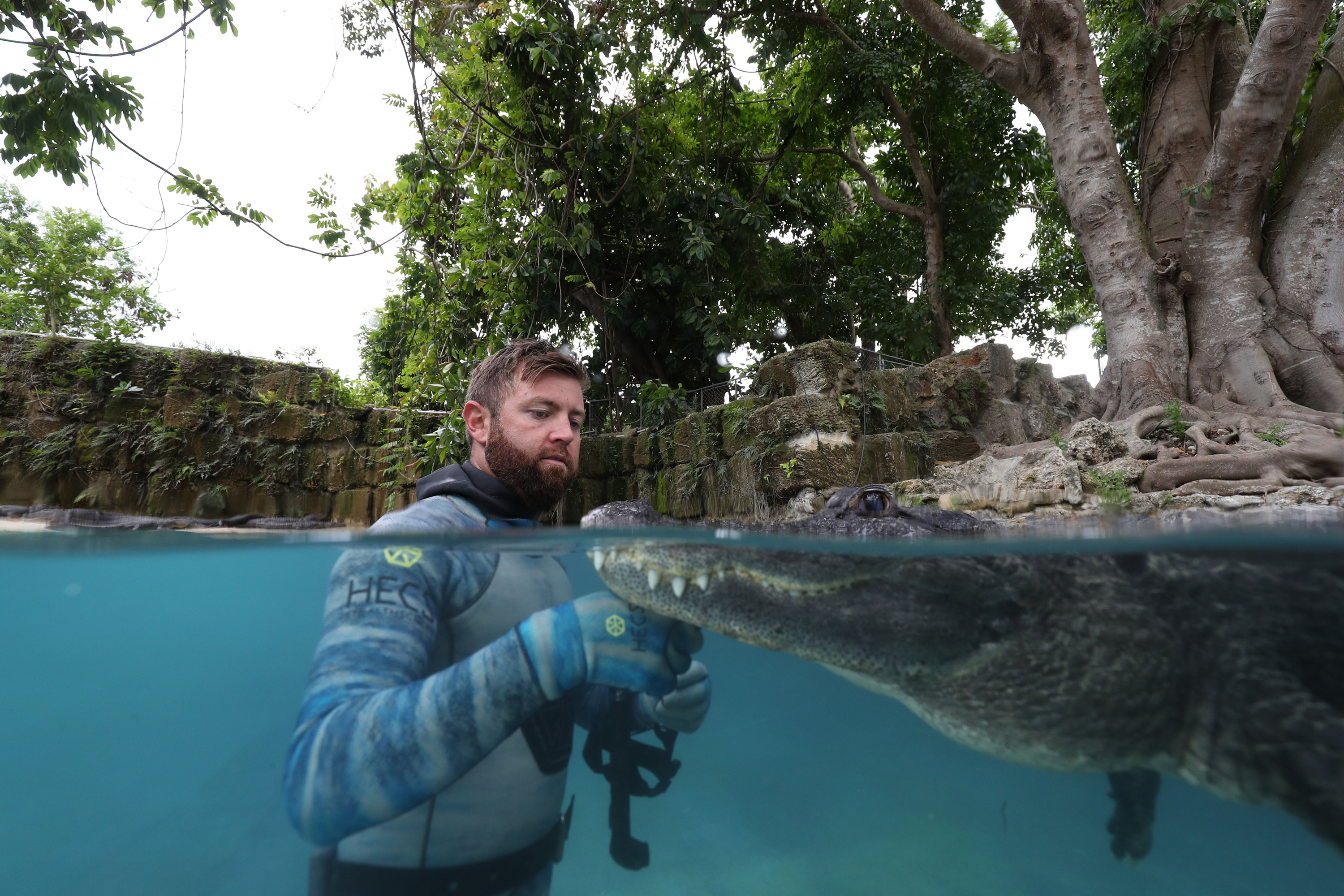 In his role as a TV host and biologist, Galante travels to remote areas and implements unique strategies to find animals so rare that science has already declared them extinct. And he has already found five!

We caught up with Galante between trips to learn about some of the unique gear he uses in his exploration.

The drone army: In Vietnam, Galante used what he called a “drone army” to hunt for a giant softshell turtle. With it, he flew grids over lakes with a team of DJI Mavic drones, searching for the elusive turtles. “They’re great because they fit in everyone’s backpack,” he said.

Conductive yarn by HECS Wildlife: Often used for hunting and repurposed for conservation work, Galant said he’s a big believer in this conductive yarn that claims to interfere with some animals’ abilities to perceive electric fields created by living organisms.

“When I use it, I’m perceived more like an inanimate object than something that’s a threat. Conductive yarn has made sharks more mellow,” he said.

“It’s a passive technology. If it makes no difference, you’ve worn a T-shirt. If it works, where is the harm in wearing it? Time and time again, I’ve had a positive experience.”

Boots for hunters: Galante swears by Kenetrek boots, a brand designed with hunters in mind. He said, “We were in the Galapagos, 120 degrees, active volcano, right on a volcano. The entire crew went through three pairs of boots. I brought three pairs and survived in a single pair. Since then, these are the boots for me.”

Crossbow: In Indonesia, Galante used a crossbow to catch a crocodile without killing it. The modified a PSE crossbow had a bolt with a breakaway tip (like a spearfishing tip) to capture it and remove a wire from its neck.

Styrofoam hippo head: In Madagascar, Galante created a styrofoam hippo head with a camera on eyes on top of an RC boat to try and provoke a response from an extinct hippo. Although RC boats are just kids’ toys most of the time, it became useful in this case as a piece of conservation gear.

Climbing gear: Galante spends days high in the forest canopy to observe animals. Again in Madagascar, he searched the Masoala Peninsula looking for extinct giant lemur species. “We use a full kit of climbing gear and arborist gear to go up into a tree,” he said.