What is it really like to “live tiny?” We talked to five people who build, travel, and live in tiny homes and trailers to find out. 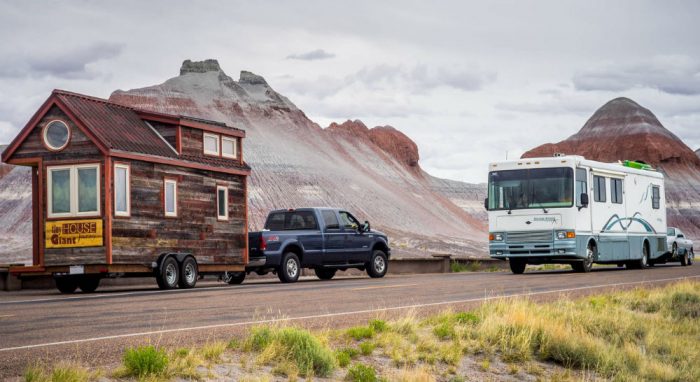 For those who haven’t caught tiny home fever, a tiny house is just what you’d expect: a very small house. They can be stationary or built on a tow-behind trailer – which is generally preferred as it (currently) exempts the domicile from many zoning laws and taxes.

There’s no hard-and-fast rule about what qualifies as a tiny home, but there are two main camps: One that maintains anything under 500 square feet is tiny, and another that holds that it must fit the trailer-sized foundation – which would put the tiny home limit at around 150 square feet. And unlike an RV, a true tiny home must be pull-behind.

We wrangled five “experts” living the tiny lifestyle to weigh in on the technicalities, advantages, and hardships of living in and building a tiny house. They are:

Is it hard living with someone, clustered together all the time?

Lindsey: I think it’s brought us closer together – we have to work through our problems and communicate all the time, because we’re always with one another. There’s no going to our room and shutting the door.

Adam: Don’t get me wrong, we argue now and then. But this lifestyle means we have to deal with it – there’s no having a fight in the morning, then going off to work for eight, nine hours, stewing about it, then coming home and feeling awful.

We’ve definitely gotten good at, when we’re angry with each other, we talk through what’s going on, because we’re going to be next to each other all day, so we find a way to make it work.

Don’t you miss having a yard and a space to go outside and relax? 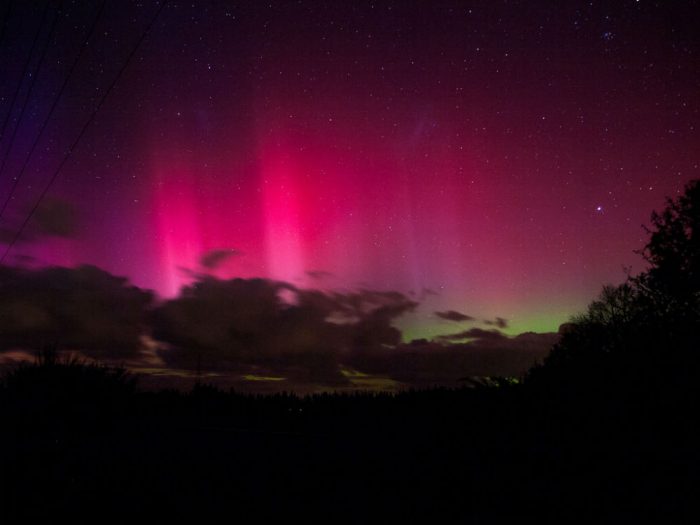 Lindsey: It’s just the opposite. We’re outside more now than we ever were in a regular house. Our living space is the outdoors.

Adam: When we were traveling in New Zealand, after we had made some dinner, we went outside to eat, ’cause that’s what you do. When we went out there we saw some strange glowing in the sky – found out we were watching the southern lights – just because we go outside all the time now.

What do you do for utilities?

Jesse: It depends on where you park your tiny house. If you park it behind an existing house that is hooked up to city utilities you can just use those. If you are going to park your house on a piece of land with no utilities then you need power – a generator, solar, or a combination of the two; and water – in some places you can do a water catchment system or have water delivered.

Pete: I decided to be an ‘umbilical tiny house’. I will rely on a power cord and a traditional hose/spigot hookup. Once I move in, I will be paying $400 a month to stay on someone’s land. That $400 covers my ‘rent’, water, electricity, waste removal, Internet – all inclusive!

Adam: There’s a lot to learn about the mechanics of living tiny. You have to remember to drop your [waste water] tank, refill water tanks, recharge your cells – things you just don’t do in a regular house. I had to learn a lot about the electrical on the go through trial and error – like why you need an inverter, because AC power doesn’t work when you’re ‘boondocking’ (parking for free and not hooked up to anything). There’s a lot to keep up with – and it’s not super hard – but there is a learning curve.

OK, but is this going to be a fad, like water beds?

Jesse: This is for sure the future. Our population is growing exponentially. Our natural resources are being depleted. And I think people are starting to take a hard look at whether a huge house is the true measure of success and happiness.

What about the bathroom?

Alison: Although we have a working toilet onboard, we never use it. If we’re out in the wilderness, we go sans toilet and save 1.5-7 gallons worth of flushing water each time!

Pete: I went with a compost toilet option.

It separates liquid and solid waste. The liquid waste is diverted outside that allows the waste to filter into the soil.

The toilet has a large bucket-like interior that is lined with a thick compost bag. The solid waste falls into the large bucket. Every time you sit on the toilet the interior container rotates slightly so you aren’t forming a large tower of [waste]! Inside the cavity of the toilet is a fan that runs constantly and dries out the solid waste [which eliminates virtually all odor]. A family of four will only have to dispose of the compostable bag and its contents every three months!

Blending the characteristics of a tiny home and an RV, this new livable space is essentially a cabin on wheels. Read more…

Are you using fewer resources overall?

Alison: Our solar power system is super efficient. One panel can run our computers, charge our camera batteries, turn on the overhead fan, and even sustain “high speed” on our immersion blender. And with our stored energy (two car batteries), we can run our low powered fan and LED lights all night long.

Plus, we have less room for clothes, so we do smaller loads and wash clothes only when we get to a laundromat.

Adam: At the same time, we are going through a ridiculous amount of petrol and LP gas canisters. It’s almost shameful. Maybe the worst part is that it is really hard to recycle – really hard. We try – we hold onto our recyclables as long as we can until we can get to a recycling center, but we only have so much space. It’s definitely a downside to this lifestyle.

Do you miss having neighbors and neighborhoods?

Lindsey: Actually, we’ve had more community since going mobile and small. It’s all about how you approach it. If you don’t put yourself out there more – and that’s what we’ve done – it can be really lonely. Plus, the digital community is huge and we’re constantly keeping up with other people who live this lifestyle in other places.

Adam: I think you just have to tweak what your expectation of community is. For me now, it’s sharing a beer with the guy I meet mountain biking or the 60-year-old fly fisherman I met as we passed through.

Pete: The tiny home community is huge and extremely supportive. There are classes, books, forums – and these people check in and see how your project is going. I met so many great people just because I decided to do a tiny home.

What do you do for bigger storage items – bikes, camping gear?

Pete: I knew I was keeping some of my camping and fishing gear, and designed a small interior storage area for those items. I’ve seen tiny houses with bike hooks in them – lots of tiny homers consider the dead space under their trailer as the ‘tiny house basement’ and place items in large durable plastic containers (this only works in mild climates). Umbilical hookups like mine may be able to ask the landlord about using some of their garage space.

Jesse: Building a small pop out on the side of the house is one option for storing large items. Another idea is utilizing the deck for storage – plus, you can build hinged doors that open to storage below.

Adam: Nothing special, we have all our gear – bikes, camping stuff, climbing gear. We didn’t give anything up that we would have had in a house. We make room for it – it’s possible, you just have to be smart about it and plan around it.

What’s the cutoff for a tiny home? When does it just become a regular house?

Jesse: There seems to be a lot of variation in what is and isn’t considered a tiny house. The number I like to use is 400 sq. ft. or less for each person living in the house. So a family of four could live in a 1,600 sq. ft. house and still be living small – remember that the average American house is currently 2,500 sq. ft. If everyone adhered to the 400 sq. ft. per person standard, our housing footprint would be greatly reduced.

Why is the tiny home trend so “big” in America?

Adam: The United States is actually quite a bit behind some smaller countries. When we were traveling across New Zealand, we found tons of apps that helped us find hookups, places to camp, and places to dump our waste water. There’s almost nothing like that here.

Lindsey: Germany, too. There they have gap years after you finish school to travel, we’ve seen a ton of Germans just living out of a trailer seeing the USA.

–Interested in learning more? You can follow Adam and Lindsey’s site and Mobile Office Series on Gear Junkie; read the Tongue & Groove blog for building tips; keep up with WeighMyRack; or see the tiny building process beginning to end on Pete’s Tiny House Facebook page.

Up Next: Wish You Were Here? Watch ‘Grand Teton’ In 8K