What happens when you take six ordinary women with limited backpacking experience and ask them to ascend the height of Mount Everest, 29,029’ (8,848m) in five days? Amazing things. 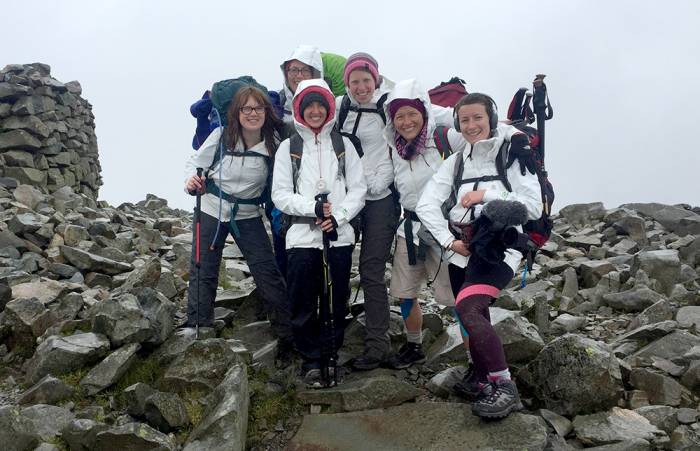 “Everesting” is a term coined by road bikers. Riders loop the same road up a mountain until they reach the height of Mount Everest, 29,029 feet. Bex Band, a UK-based adventurer, wanted to to try it on foot.

So she organized a challenge: Trek more than 70 miles up and down 43 peaks in just five days. The route averages more than 5,800 vertical feet of gain each day across the Lake District in the UK.

“I wanted to create an opportunity to inspire women to go on an adventure,” said Band. This trek is a tall order, even for a seasoned backpacker.

Ultimately the team came up short of their goal. But the attempt brought a group of strangers together to conquer unforeseen challenges. 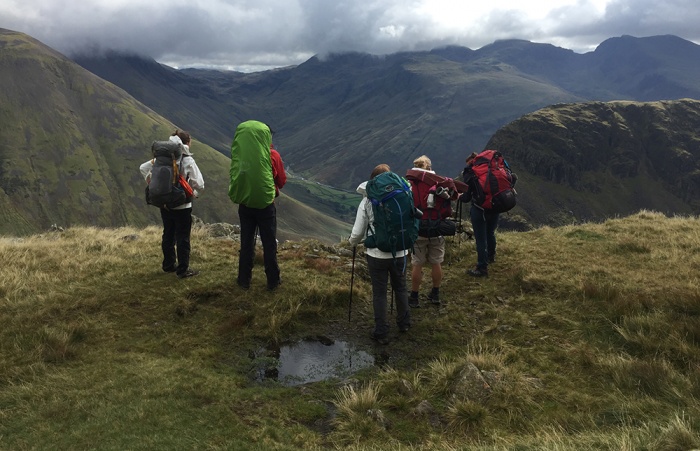 Band leads a women-centric adventure website called Love Her Wild and has an impressive resume, including a 1,000-km walk across Israel.

But the team combined women from all walks of life with varied outdoors experience. Band selected the group from more than 100 applicants who had never met.

Among them were Becki Read, a 50-year-old recent empty nester. Another, Naomi Simington, was a firefighter who carried a 30-pound fire hose along to raise awareness for firefighters suffering from PTSD. Suffice it to say, this was an eclectic group. 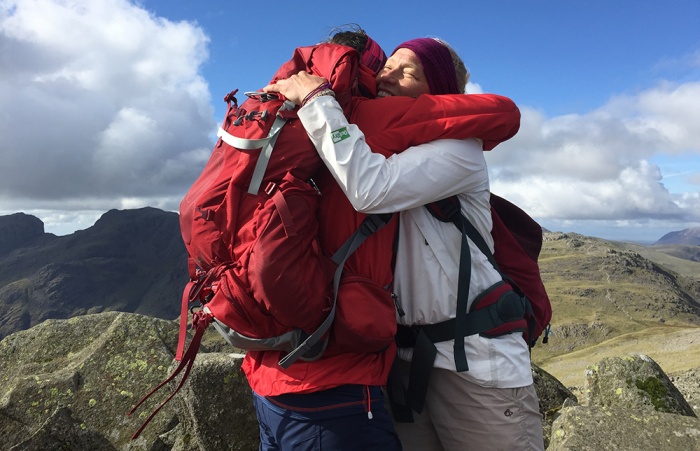 Group accountability and encouragement held strong from the beginning. The team only met once prior to the expedition and stayed connected on Facebook.

“It’s a leap of faith for all of us,” explained Read. “The journey we take as a group will matter, regardless of where that is.”

The Start: Rocky Trails Ahead

The group set out to a rough start. Without logging training hours together, they moved slower than anticipated. The greatest obstacle wasn’t the summit-hopping in the Lake District, but walking long distances between each peak.

Things became more stressful on day two when Nichole Young, a hiker of both the Appalachian and Colorado Trails, was injured. 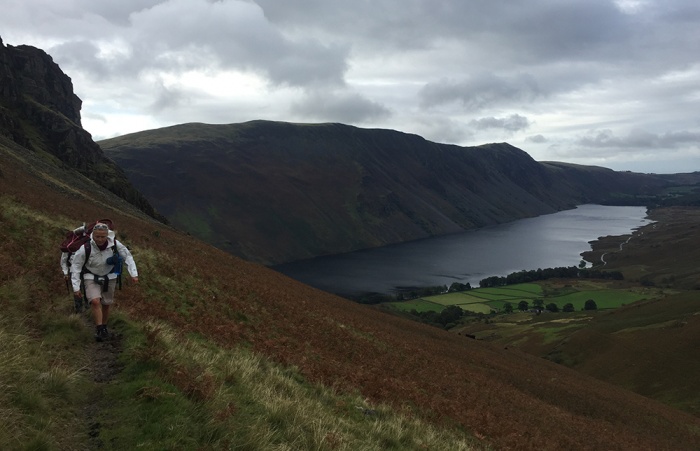 Summit goals looked grim, so the group weighed their options. Individuals could reach the goal by hiking up and down the same hill around camp or they could stick together as a team.

A few of the members decided to lap a hill nearby.

“The goal was very important,” Seanna Fallon, a team member who sought a new passion in the challenge, recounted. “We tried to go up and down this single mountain. It was tough, repetitive, and morale was low.”

She described the seismic shift in the group: “The height is important, but what was actually keeping me going was being the best teammate I could for the other women.”

The team walked for nearly 10 hours a day until the light had faded and it became too difficult to travel over the predominantly wet and slippery terrain.

While they struggled to reach their goal of vertical feet climbed, the team dug deep. By the final day of the expedition, the injured Young was still with the team when they reached the summit of Scafell Pike (3,209’), the highest point in England.

Despite the rainy weather the team could not have felt better. They reached their limit after ascending and descending a staggering 20,406 vertical feet in five days.

The team did not complete the total Everest elevation gain of 29,029′. Over the course of the journey, however, the group found strength in the failure to reach a numerical goal.

The team called the expedition a huge success.

“Maybe it’s more of a challenge for me to say that I didn’t do it,” Fallon said. “We didn’t reach the goal, but we still had a great time and had an adventure”

“We were a group of ordinary women who set out to prove that anyone is capable of extraordinary things,” Read added. “I feel we accomplished that.”

When asked what’s next, Fallon said she already signed up for a 17-day cross-country ski trip across the Arctic, while Read plans on tackling the 100-mile Devon Path on an adult kick scooter.

Whether they reach the goal or not, the team is proof that the adventure is often in the journey, not the final destination.

Up Next: The Great Bog Walk: Red Lake Peatland Crossing