Therabody just expanded its product line — quite literally. The workout rehab brand delves into the wearable realm with its RecoveryAir and RecoveryAir Pro inflatable compression pants. The new line comes months after it acquired RP Sports and its clinical technology product line, RecoveryPump. 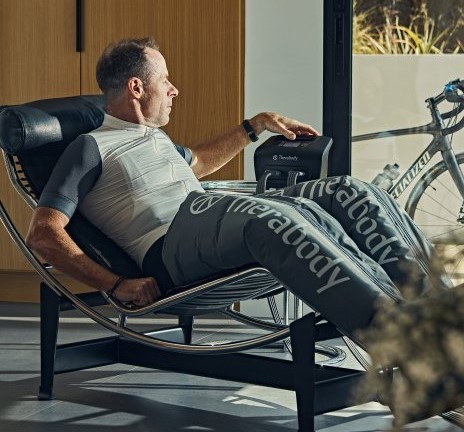 For anyone who thinks we’re talking about a glorified sumo suit, let me be clear: This is not that. Professional athletes regularly use compression recovery to rebound from demanding sessions and boost performance, and the science checks out.

Therabody’s appropriated new tech displays a critical difference from other category entries, like Normatec, in that it maintains pressure downstream from the muscle group being worked.

Curious about how to blow up your muscles and feel better? Read on.

Improved blood flow also helps remove lactic acid and other metabolic waste, which allows you to work at a higher level of performance for longer. Finally, the more blood oxygen you have, the less you’ll experience DOMS (delayed onset muscle soreness). That means the repair process of your muscles will speed up.

And during activity, active muscle contractions mechanically “pump” the blood against gravity toward the trunk. Inflatable compression mimics this muscle pump, enhancing the recovery process. 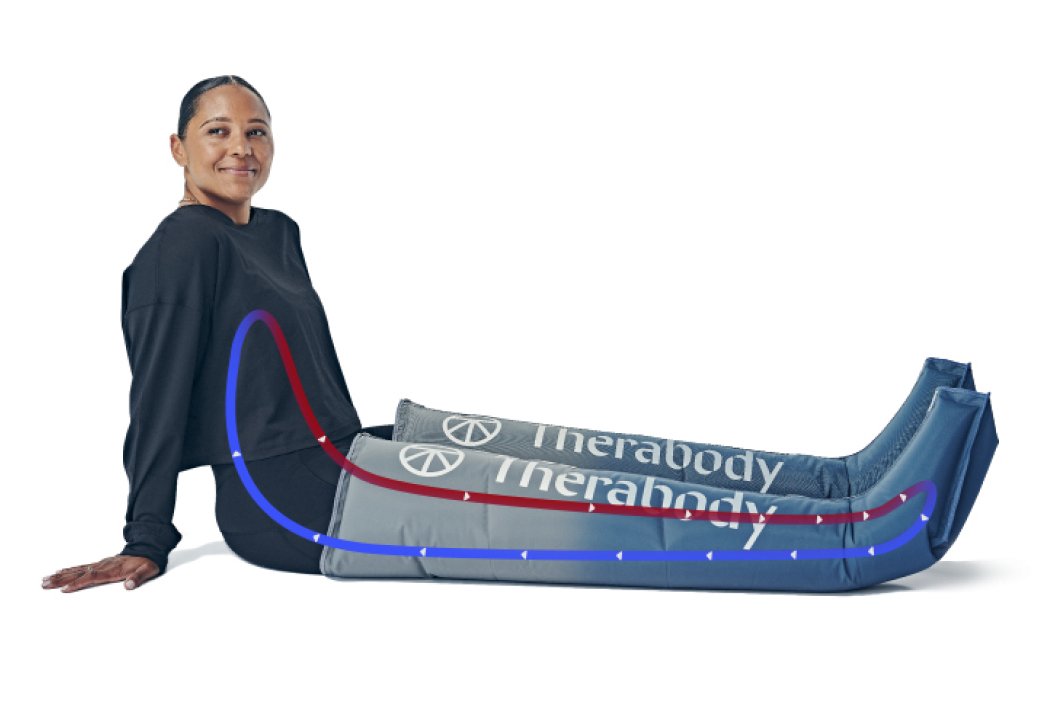 Therabody RecoveryAir: How They Work, Why They’re Different

Step into the Therabody RecoveryAir pants and zip them up. Then, use the controller to dial in your desired pressure.

After that, the pants inflate, and its sequencing technology (originally from RecoveryPump) takes control. In RecoveryAir’s “negative gradient of pressure,” air compression travels up the limb from the foot toward the heart via overlapping chambers in the pants.

The critical difference is the maintenance of the applied pressure versus other designs that don’t hold compression downstream. It’s an adaptation in safety as well as performance, ensuring sustained pressure for maximal benefit.

Therabody’s new RecoveryAir inflatable recovery pants start at MSRP $700. The PRO option adds guided programs, customizability of all four pressure zones, and the ability to save and share your treatment via an app. It starts at MSRP $1,300. The brand also offers a vest that provides arm compression.

Get pumped up on recovery and out the line at Therabody’s website.