At under $500, this entry-level townie bike is a solid choice for commuters who don’t do it daily — or for the show.

Fixie Freedom: How $450 and a Single Speed Changed My Life

Yes, you can ride a fixed-gear bike even if you don't drink PBR. (But why wouldn't you?) In this episode of Time Tested, GearJunkie editor Adam Ruggiero tells us all about his favorite piece of gear. Read more…

But they’re built in smallish batches and are designed as well-styled, entry-level options for people new to a particular riding genre. Currently, Batch Bicycles makes one for each big lifestyle category: cruiser, mountain bike, comfort, commuter, and kids’ balance and pedal.

“The bicycles are at a price point that encourages new riders to get the service from a specialty retailer at a price they are willing to pay for a well-spec’d product,” said Chris Keller, general manager of Batch Bicycles.

“There’s a need to offer quality bicycles at an affordable price point and to reach an underserved market of recreational riders. Batch Bicycles exists to make it super easy for anyone to get into biking.” 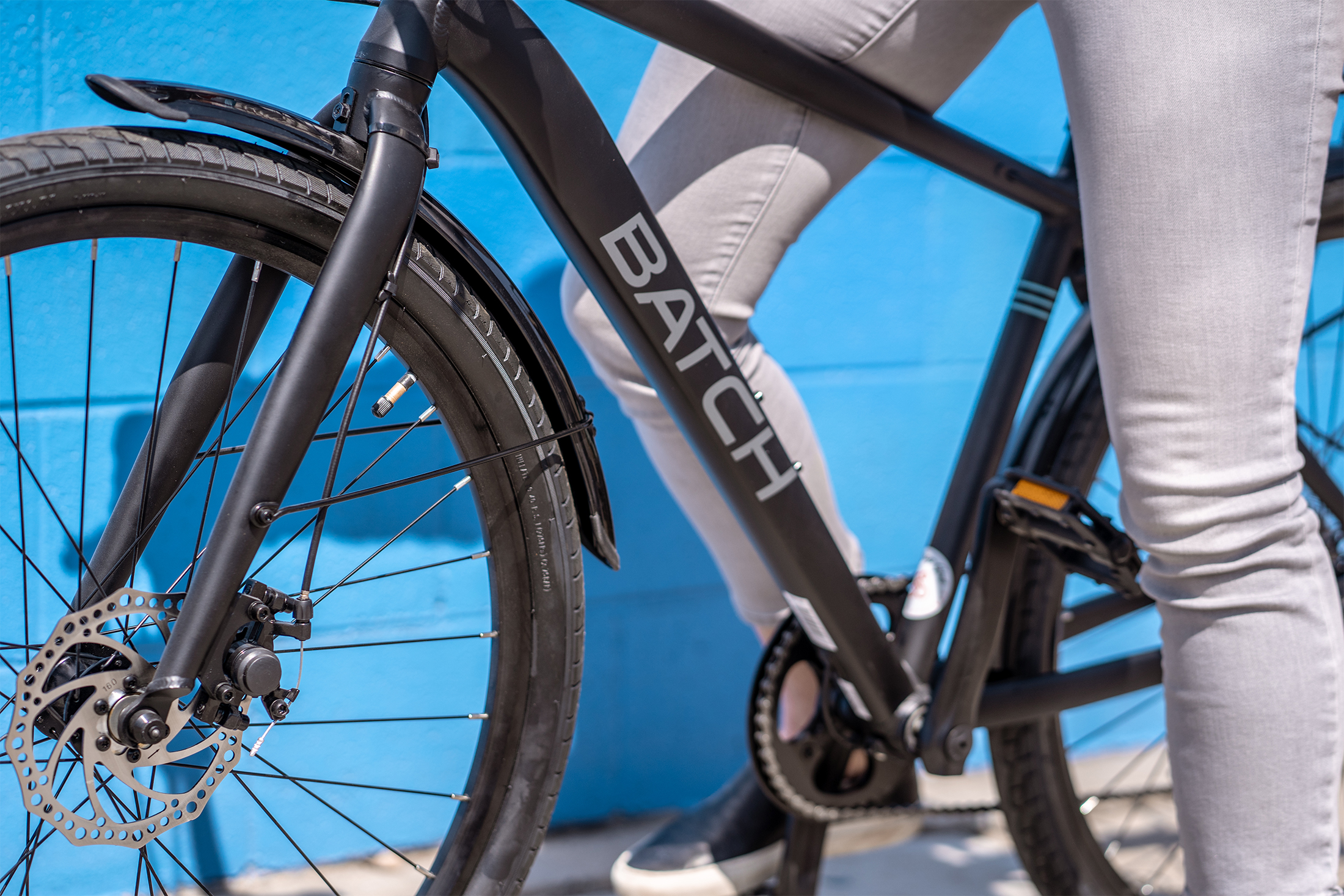 In keeping, the Batch Commuter is a nice fit for my “pseudo-commuter” lifestyle. I live in the foothills outside Denver, where commuting means riding over many hills and a very large mountain to get to where most people work: downtown.

So I keep a bike at the office in the city. I use it to run out to lunch, get to meetings faster in urban traffic, cruise to the gym during rush hour, or just get some exercise. I can also load it on my car, park halfway to town, and take a flattish trail the rest of the way in for a pre- or post-work ride.

And for this lifestyle, I’ve found the Batch Commuter to be a sturdy little workhorse when I need it.

The Batch Commuter comes in both youth and adult sizes. I took the matte-black adult 27.5 out for testing in the streets and trails of Denver.

I immediately appreciated the aluminum frame. At 32 pounds, even with its built-in cargo carrier and beefy frame, I found it pretty simple pick up and move around from car to office, and maneuver on the road. That’s important to me. As an endurance athlete, I just don’t have the build or upper body strength to lug around a heavier bike. 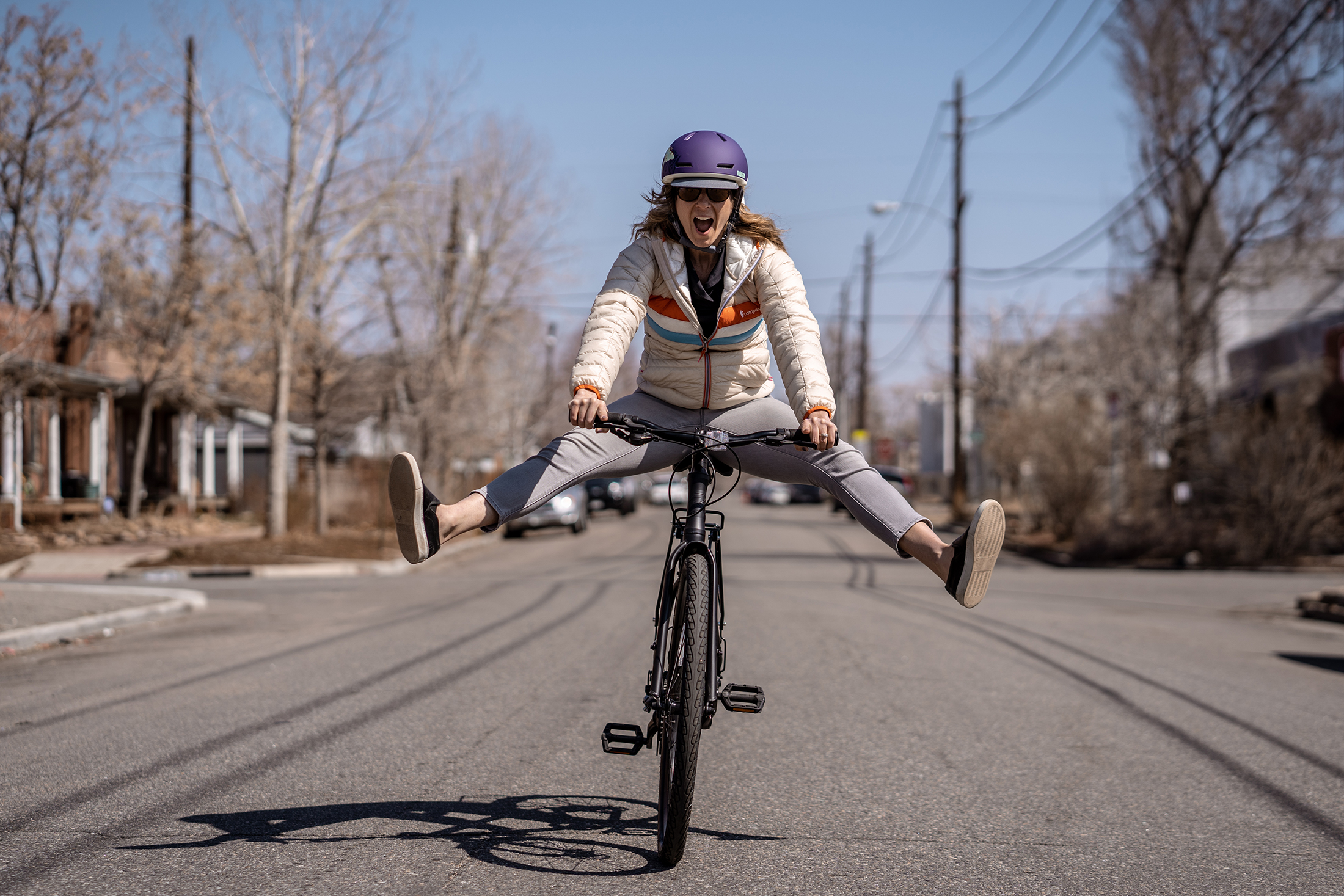 The Batch Commuter’s 1.7-inch-wide tires had some grip to them but were still nimble enough to feel smooth in the streets. I rode through broken glass, varied pavement, gravel, grime, and various urban debris without difficulty. Despite these rough tests, the tires didn’t experience any significant deflation over time, either.

Perhaps the niftiest add-on for this $470 ride is its internal cable routing. This keeps the otherwise entry-level bike’s aesthetics clean. It adds a little complexity to some maintenance and cable replacement, but most commuters who want to spend less than $500 probably leave regular service to the pros anyway.

The Batch Commuter is rigged with Shimano Altus eight-speed gearing. This is a very basic setup, but it does allow the bike to move efficiently on both flats and hills. Compared to a single-speed or fixed-gear commuter bike, this gear range gives the bike more versatility, especially people of varying fitness levels.

For the most part, the shifting was smooth on both pancake and undulating pavement. I did hit a giant pothole once, and the whole chain popped off. Could have been the cavernous fissure. It could also have been user error; despite my mountain bike background, I’m known for spacing out and letting my chain linger in the wrong gear. That said, when I did bounce back, the Batch’s solid and just-cushy-enough saddle made for a good landing pad. 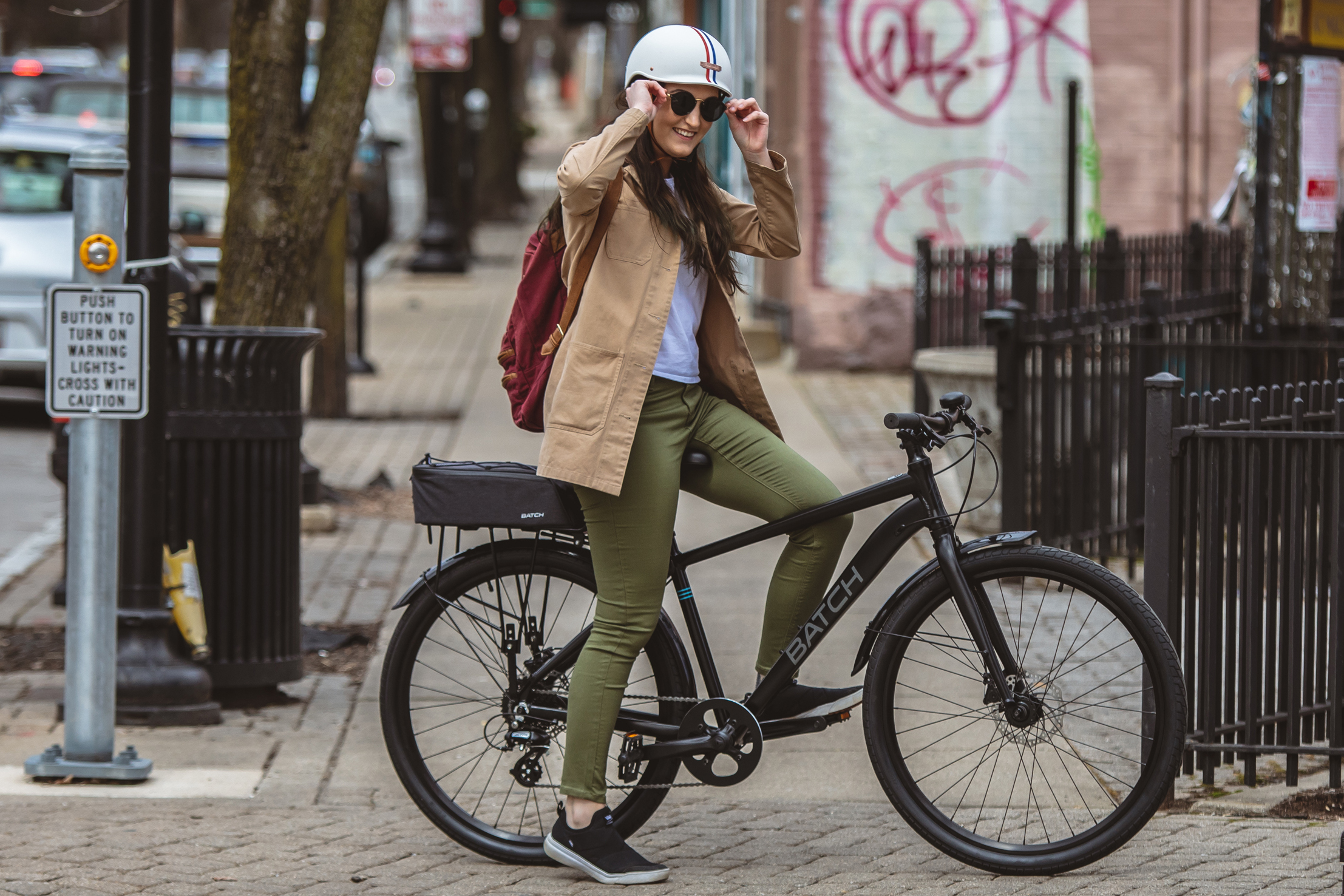 The mechanical disc brakes were solid, but they did get louder and a little grind-y over time. This is very likely due to them gunking up from all the stuff I rode through on the side streets of Denver. The mechanical disc brake requires a bit more effort and force to control. It will never offer the technical, stop-on-a-dime confidence of a hydraulic disc brake.

But for simply slowing at stop signs, which is now the rule in Denver, the Batch Commuter’s mechanical setup was sufficient and much improved over a rim brake. Additionally, mechanic discs are usually a little easier to adjust and maintain for the DIY home mechanic. On this note, regular commuters should observe proper cleaning and maintenance. 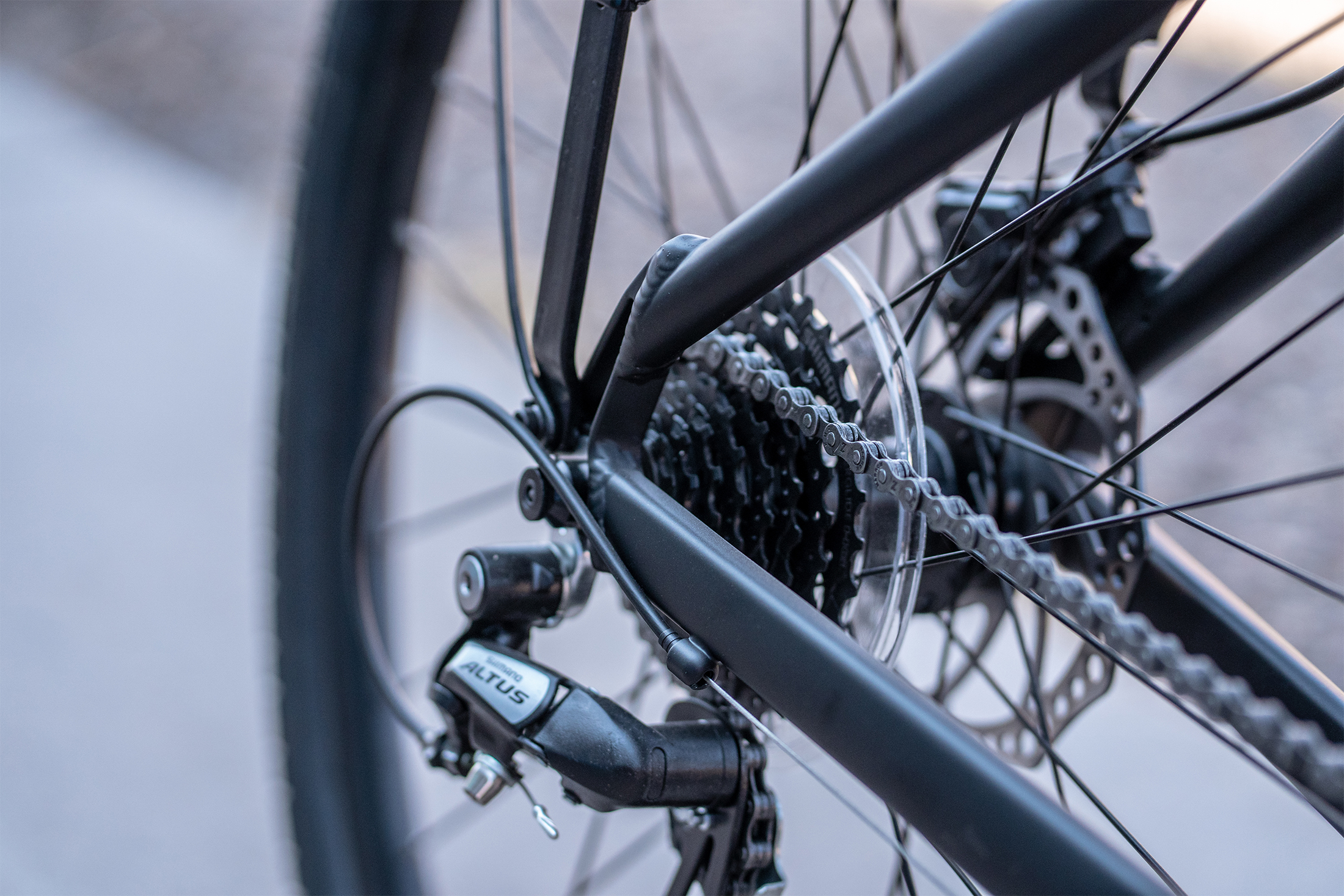 I also liked the alloy cargo carrier mounted over the back wheel. As is, it would fit a lunch or gym bag perfectly with a bungee. And while I haven’t had a chance to rig up something clever with a crate, waterproof bag, and some zip ties yet, I’m looking forward to seeing what I can haul on it — up to 55 pounds, according to the brand.

The simplest thing I’d consider upgrading on the Batch Commuter is the rear fender. It’s plastic and pretty short. And while I’m only a pseudo commuter, like most urban riders, I’d like to keep the spray off me as much as possible. A sturdier, longer fender would add some immediate function and personality to this sleek-looking matte-black bike. 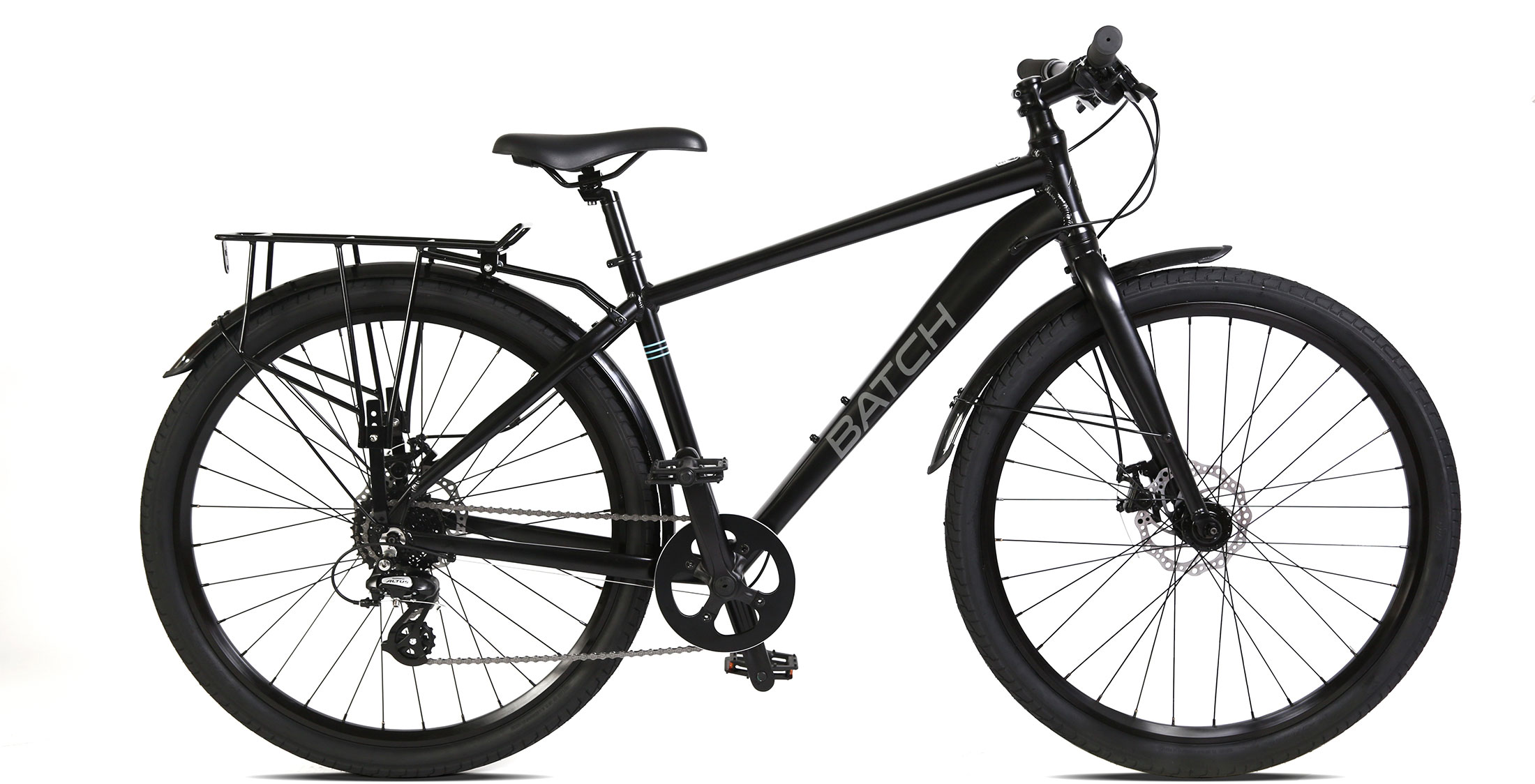 You can drill down here on what you get for your money in the Batch Commuter.

Overall, the Batch Commuter is a simple urban ride that’s made for getting to the yoga studio, but maybe not for pedaling long miles on beat-up streets day after day. But, then again, that’s pretty obvious. You fixie fanatics, do your thing. You turbo-tire commuters, get after it. The Batch Commuter is for the rest of us.

Up Next: Trail Trap: CO Cyclist Hospitalized by Tripwire