CAD programs and large monitors dominate the front office. Dogs dot the floor. The factory is in back, and that’s where the wheels are made.

Welcome to Reynolds Cycling, where carbon fiber, CNC machines, and at least one pizza oven come together to create wheels shipped around the globe.

I’d traveled to the Park City, Utah, headquarters to test the company’s Dean carbon fiber fat bike wheelset on some nearby snow. After the ride, Billy Demong, a retired Olympic skier who is now a marketing manager for Reynolds, gave me the full factory tour.

Carbon Wheels Made In USA

We start out in the center of the factory floor at the CNC machines, where mold-maker Mike Shiba cuts big, heavy aluminum molds that will be used in the Sandy factory and also sent to Hong Zhou, China.

That’s where Reynolds owns a second plant for larger production runs. It is closer to Taiwan where the wheels will be paired with bike brands as the OEM wheel of choice and shipped worldwide. 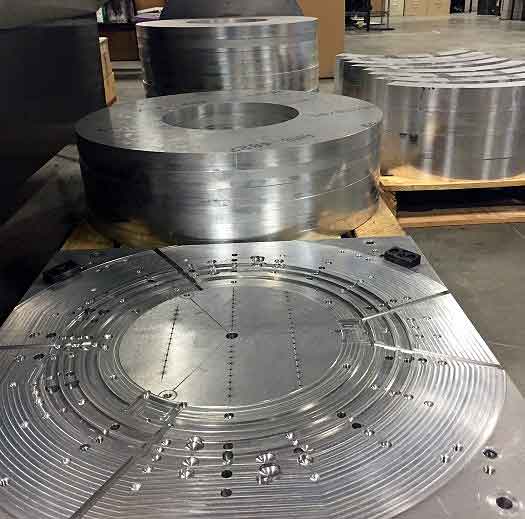 Metal Molds For Carbon Wheels: The finished molds make their way to what Reynolds calls the Cut Room, where composite technicians make the engineers’ designs a reality.

Hand- and machine-cut sheets and strings of carbon are placed in the molds in formulas of varying thicknesses and directions to achieve needed strength and ride quality. Excess resin is squeezed out of the molds before the wheels go to the ovens. 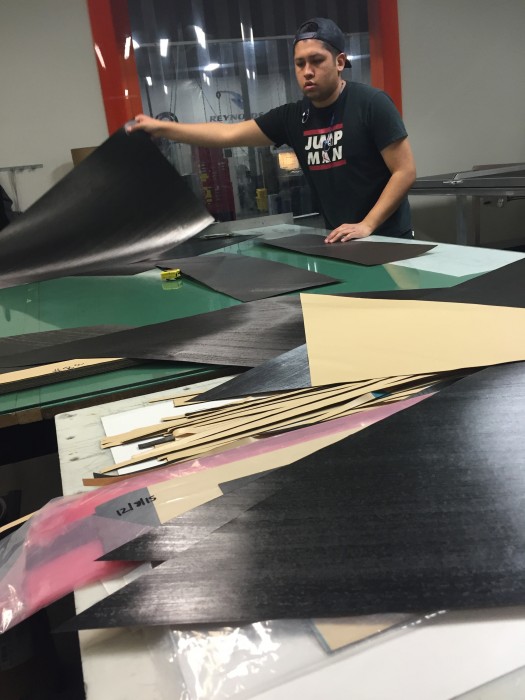 Hollow Wheels Save Weight: Wheels-to-be are baked with a heat-resistant plastic bladder to press the carbon tightly against the mold. While some manufacturers use foam, which stays inside the wheels, Reynolds wheels are hollow.

Wheels From A Pizza Oven: Oven Number One is actually an old pizza oven that still sits on the shop floor. It’s retired now for a higher-tech option. Molds are allowed to cure before they are removed and trimmed.

Computers Drill Spoke Patterns: The last room in the line is the spoke drilling room, where machines dial in hole patterns and angles for each wheel model, accounting for spoke counts.

Testing On ‘Big Bertha’: Each wheel then heads to the production floor where it gets built. It is laced with spokes and a hub and finished with decals before being boxed into inventory.

Final Tests: Closing the loop, engineers test every wheel for strength and durability. The Big Bertha drum tester runs every wheel for 5,000 kilometers at varying speeds.

A pressure box fills tires with argon gas until they explode off the rims, and an anvil test drops blunt force on the wheels. Spoke tension tests try and pull spokes through the rim.

If everything passes muster, the wheel remains in the line as-is. If unacceptable failures occur, engineers circle back in front of their computers and re-construct the carbon layups to make new molds a reality.

Up Next: Does The World Need A ‘Retractable’ Helmet?