It happened in a blink, you were here one second and then poof – you were gone. No more. All done. Curtains. 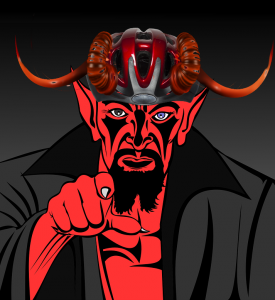 All in all, it was a good life – you were born, went to college, and made potato salad once. But the crowning achievement of your time as a mortal was being a biker — riding in the pace line, overhauling your crankset, and slicing through traffic like Hell on wheels.

Which is funny, because that’s where you’re headed. At some point along the cycle track of life you strayed out of bounds, took a wrong turn on the one-way street of righteousness. You committed one of the Seven Sins of Cycling. Now you must atone – for eternity.

You Were A Mean Mechanic

Would it have killed you to smile once in awhile? Would greeting a customer with “Hello, how may I assist you today?” instead of lashing them with an exasperated, withering glare have been too much to ask? Of course it can be tedious addressing the same questions day in and day out, but that’s your job. Those flat tires and frayed derailleur cables paid your rent, bought you the occasional burrito and filled your fridge with beer, dude! At the very least, you could have said, “Have a nice day.” But you chose instead to be most uncool, and now you must repent.

In the repair shop of the damned, you are doomed to an eternity of hosting complimentary fix-it clinics for disinterested bike owners who haven’t ridden since the 10-speed was invented and wouldn’t know a brake lever from a toaster oven. Worst of all, your only tools are a random assortment of flat-head screwdrivers and a rusted-shut adjustable wrench. Get to work!

The joys of biking just weren’t enough; you had to be dangerous, had to be first – faster than everyone who simply liked to pedal. You were a scofflaw first and a cyclist second. For all the grief you gave car owners every waking minute of every corner-cutting day, you depended on those same gas-guzzlers to get you to your destination in the least time and with the least effort possible. Your punishment awaits.

All right, Kojak – think you’re hot stuff? If going fast and getting the job done no matter the cost is your M.O, then you can spend the next infinity tooling around town on a Segway. You’ll wear the helmet, the wrist guards, and the kneepads necessary for traveling at such breakneck speeds, and from now until forever you will wear that same confused, moderately disappointed grimace all Segway riders have. 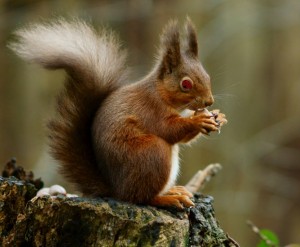 Not unlike your skitching counterparts, going fast and being number one were paramount in your world. But where skitchers took some responsibility for their need-for-speed and raced with the best of them, you never graduated to the streets, opting instead to shoot past leisurely Sunday tandem riders and side-draft unsuspecting moms towing a Burley trailer. For all the terror you sowed on the bike paths in your day, you must now reap the comeuppance you so dearly deserve.

For your flagrant wrongdoings, you are to be banished to a never-ending ride along an infinite path. It will be fraught with speed walkers cruising three-abreast and oblivious dog-walkers whose canines tug clothesline leashes across the bike lanes – chasing the squirrels of the damned (which are actually just normal squirrels, only a little bit meaner).

You Were A Bike Texter (Bonus For No Helmet)

Shame on you. Your careless joyrides demanded everyone else be on alert, so as to not to disrupt your super important conversation with someone who didn’t want to ride with you. While you will never know how many close calls you escaped thanks only to the astute maneuvers of those around you, you will come to understand just how dangerous your recklessness truly can be.

Since you’re so expert at multitasking, perhaps you’d enjoy texting your way along the Million Dollar Highway – a very real mountain pass in western Colorado that only the daftest drivers, let alone riders, attempt. Climbing as high as 11,000 feet, this serpentine stretch has no guardrail and naught but a scant tire’s width of shoulder between you and a very direct shortcut to ground level. At long last, your flagrant finger-flicking foibles will quite literally be your downfall.

You Were A Bad Bike-Locker

You know that feeling when you have to lock your bike to a parking sign six blocks from your destination because every spot on the bike rack is taken – by one bike? Of course you don’t, because that was always your bike. The concept that a single empty bike rack could accommodate many bicycles, lined up in parallel peaceful harmony, probably never occurred to you as you weaved that cable lock in and out of every space. Still, in purgatory, ignorance is no excuse for bad behavior, and no misdeed will go unpunished.

For your tactless transgressions, you must find your way free from perdition – all you have to do is ride your bike out. But wait, it looks like some careless soul has locked their bike right to yours, apparently there was no free spot along the bike rack of the damned. It looks like you’ll just have to wait for them to leave – which will be never.

Ne’er-do-well! Again and again, you clamored for bicycle rights! “Bikes are vehicles!” you’d shout through open car windows. “We have the right to a full lane!” you angrily reminded passing motorists. “SHARE THE ROAD!” you demanded. And yet, whenever the lights turned red, your I-am-a-car-too arguments ceased and the laws you so passionately promulgated were left tumbling in a cloud of dust as you sped away. But while your disregard for the rules may have gone unnoticed by the police, karma remembers. 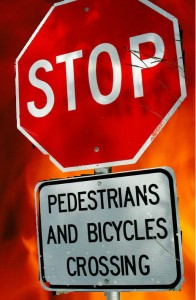 Since you seem to have a problem stopping, perhaps an eternity at the Intersection of the Accursed will teach you some manners. Nothing to fear, really; just a simple four-way stop – you’ve run these hundreds of times. But at this diabolical crossing of ways, you must wait your turn. If only the other fiendish motorists would go on through you could be free. But it seems that in damnation, as in the real world, no one wants to go first, and there you sit as the eons creep by, watching these deranged drivers defer their turn over and over again – waving frantically as you remain, motionless.

You Strobed The Bike Paths

A real titan of the trails, you were – rolling your wheels through rain and winter and night. You had a bike for every occasion and the gear to match. What’s more, you thought yours were righteous rides – yielding at crossings, allowing others to pass, and locking up with care. So why do you find yourself condemned to atone for a lifetime of cycling sin?

In all your efforts to maintain appearances as a model bicyclist, you exhibited a flagrant, callous disregard for your fellow riders. From dusk until dawn (and often thereafter) you relentlessly roamed the bike paths, brazenly brandishing 4,000 lumens of pulsating starlight. You waged an all-out visual assault on every unsuspecting passerby with your silent, blinding shriek, reminding everyone, over and over, “OUT OF MY WAY! I HAVE A LIGHT!”

In your special brand of heck, you will find yourself precariously pedaling a unicycle through ominous unlit bike paths and lake trails forever bathed in twilight. You are damned to an unending fate of blindly dodging the unilluminated perils of suburbia: stray oak branches, recklessly discarded kombucha bottles, and most dreadful – dispassionate, loitering teens. Perhaps by facing these horrors of everyday riding you will learn the safety of a simple, steady headlight.

Bonus – Cardinal Sin: You Were A Bike Thief

For you who willfully deprived others of their ride and knowingly withheld the whereabouts of stolen bike property, there is no forgiveness. Considering bike theft is often considered a misdemeanor – despite its inherent utility and personal value – and that a paltry five percent of stolen bikes ever make their way back to their rightful owner, a mere eternity facing the fallout of your skullduggery is not atonement enough.

Your penalty for the unforgivable sin of stealing bikes is one of retribution, not remedy. Yours is an abominable fate of sunless depths, where the heat of hellfire and the reek of brimstone abound. You are to be reincarnated again and again (and again) as a gob of chamois butter, to be used evermore on the unholies of Tour de France riders. Perhaps then you might know what an offense bike theft really is.

Up Next: Wool, Steel, And Grit: L’Eroica Vintage Race Coming To U.S.