A 90-decibel shriek is the consequence of clipping this cable lock built to secure your gear. It also alerts a phone when compromised. 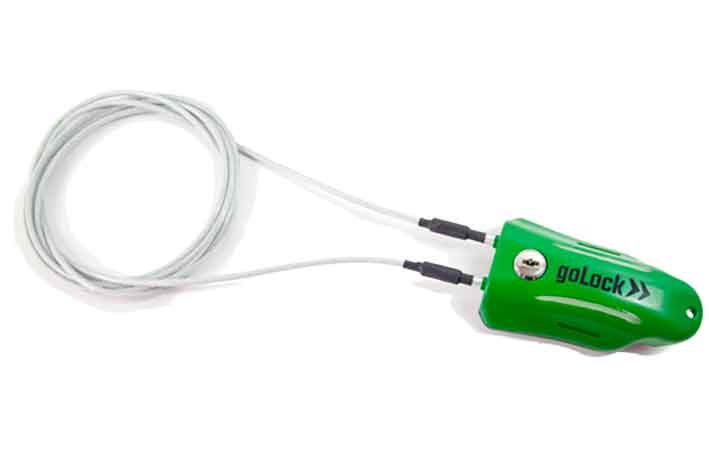 The goLock Venture is an integrated lock-alarm system. Bluetooth connectivity pings anyone with the goLock app (free) within a 300-yard radius, letting them know a possible theft is occurring.

Beyond the immediate radius, it sends you, and anyone you’ve shared access with, a notification via text that your gear is being tampered with.

While the goLock has definite upside for some gear – toolboxes, kayaks, a cooler full of beer – its current cable-lock design is not suited for most cyclists. That much is clear in the promotional video, which shows the goLock being snipped with cable cutters.

Bikes can be quickly ridden away from the scene of the crime, so a more formidable defense, something that keeps a grip on your bike after the siren sounds, is key. 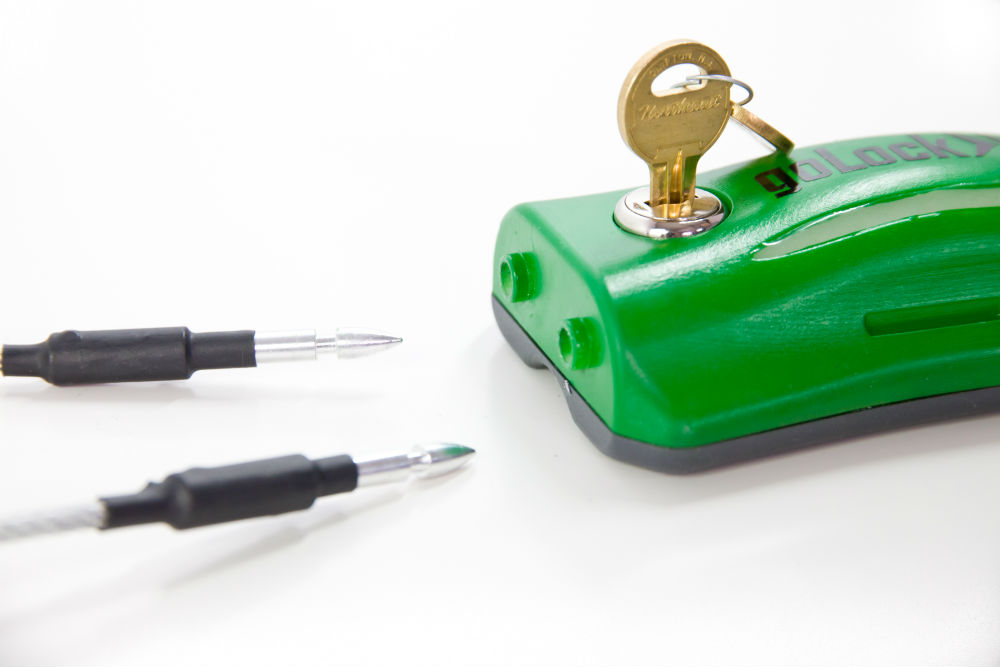 Fortunately, company is in the process of designing a U-lock for 2017. Combined with the community alert technology, if this kind of system was in wide use it could make a formidable defense against the 1.5 million bike thefts that occur annually.

The goLock will retail at an impressive $200, but backers of the Kickstarter campaign can snag one for $79.

Up Next: Crash Plan: Extra Protection Worth Cost On Lazer Z1 MIPS?