State Bicycle Company is known for its fixed-gear and singlespeed bikes. Now, the Tempe, Ariz., company is entering the mountain bike space with two crosscountry builds. 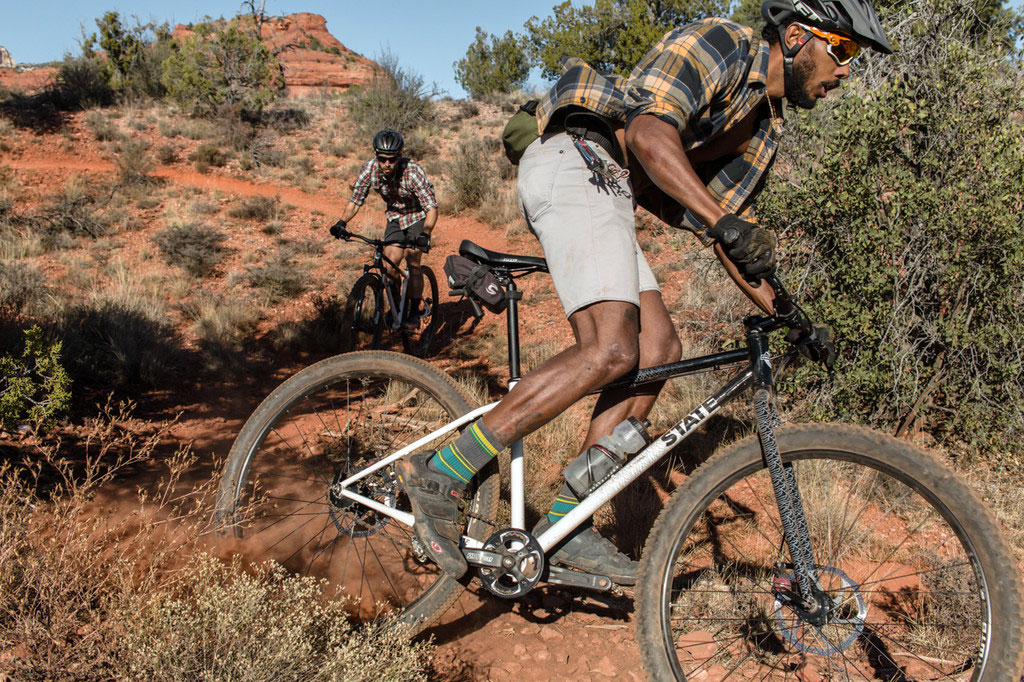 Designed in collaboration with Dustin Klein, founder of Cadence Collection clothing, the State Pulsar is a 29er hardtail available in rigid and front suspension configurations for $650 and $1,100.

The release is noteworthy as the brand’s first mountain bike after reaching many enthusiasts in the urban and commuter market. It will likely raise eyebrows among its demographic of younger riders looking to get off the pavement to try singletrack.

At $1,100, calling the Pulsar a “budget” bike may seem nuts to the unfamiliar. But in a sport that sees serious mountain bikers jumping on steeds that retail for $2,000 to $5,000 and more, it is entry-level.

The State starts with a 4130 chromoly steel frame built with moderate, versatile geometry. It has a 70 to 71 degree head angle and 45cm chain stay. 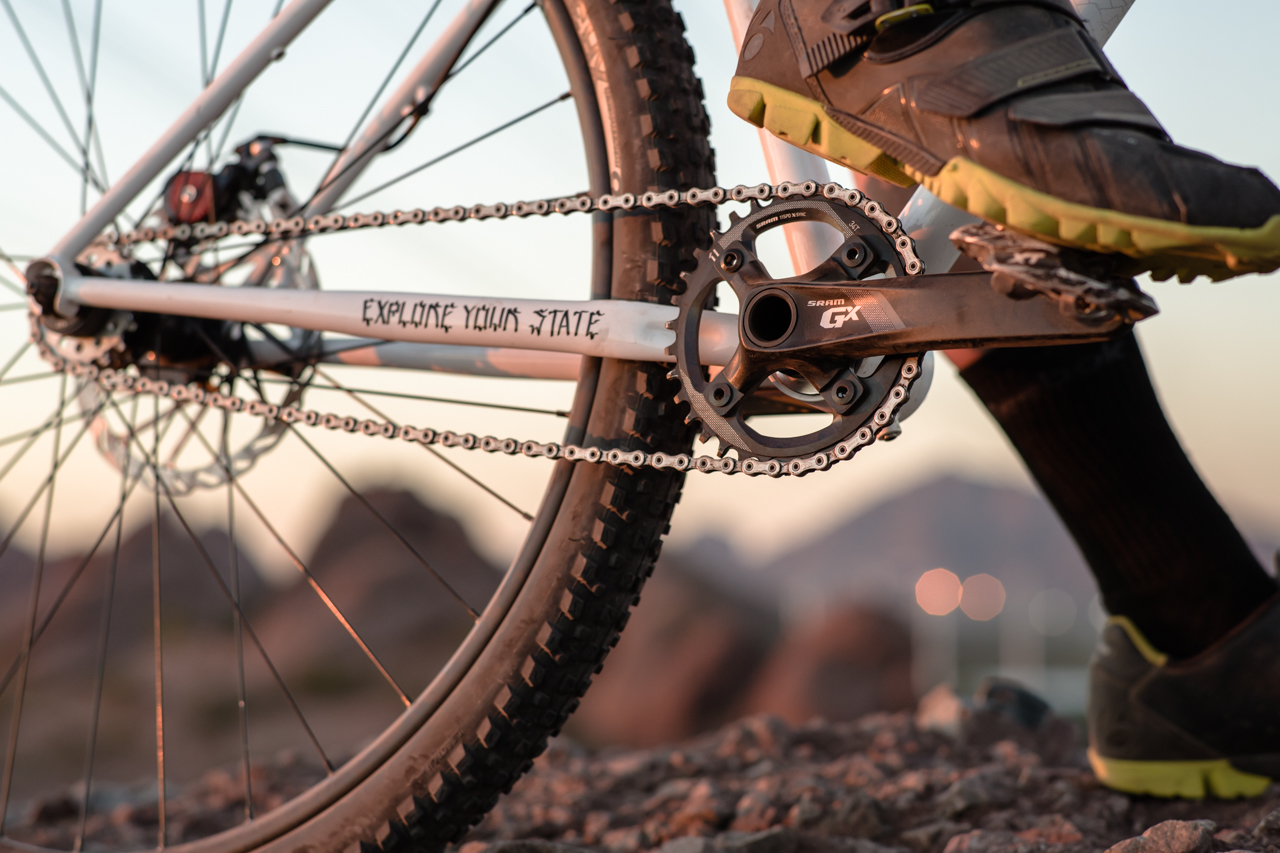 The rigid Pulsar rolls on 29″ WTB SX wheels powered by a singlespeed Truvativ E 400 crank with a 32-tooth chainring. It has mechanical disc brakes. It will cost a consumer $650. 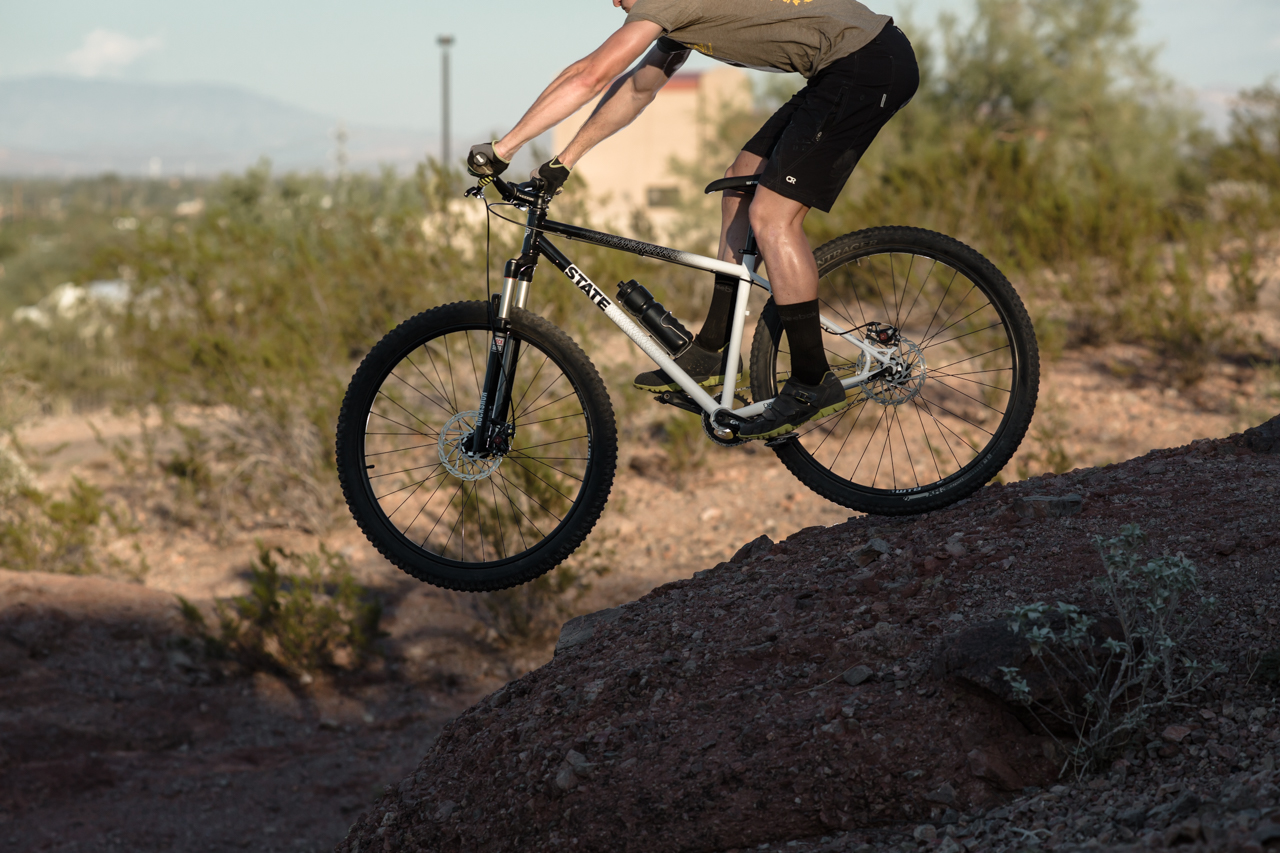 The Pulsar Deluxe has a Rockshox Recon Silver fork and has slightly higher end components. It sells for $1,100.

Both models come configured as singlespeeds, which saves money on derailleurs, chainrings, shift levers, and cables. They also both come with Avid mechanical disk brakes, the standard with BB5’s and the Deluxe with BB7.

As these sit, the State Pulsar models look like decent budget bikes for the person who wants a singlespeed. This could be the person looking for a good do-all bike that can roll on trails and a little pavement, or the enthusiast looking for a training steed to build power without forking out huge bucks for a high end model. Who knows? A budget singlespeed has a lot of possible end users. 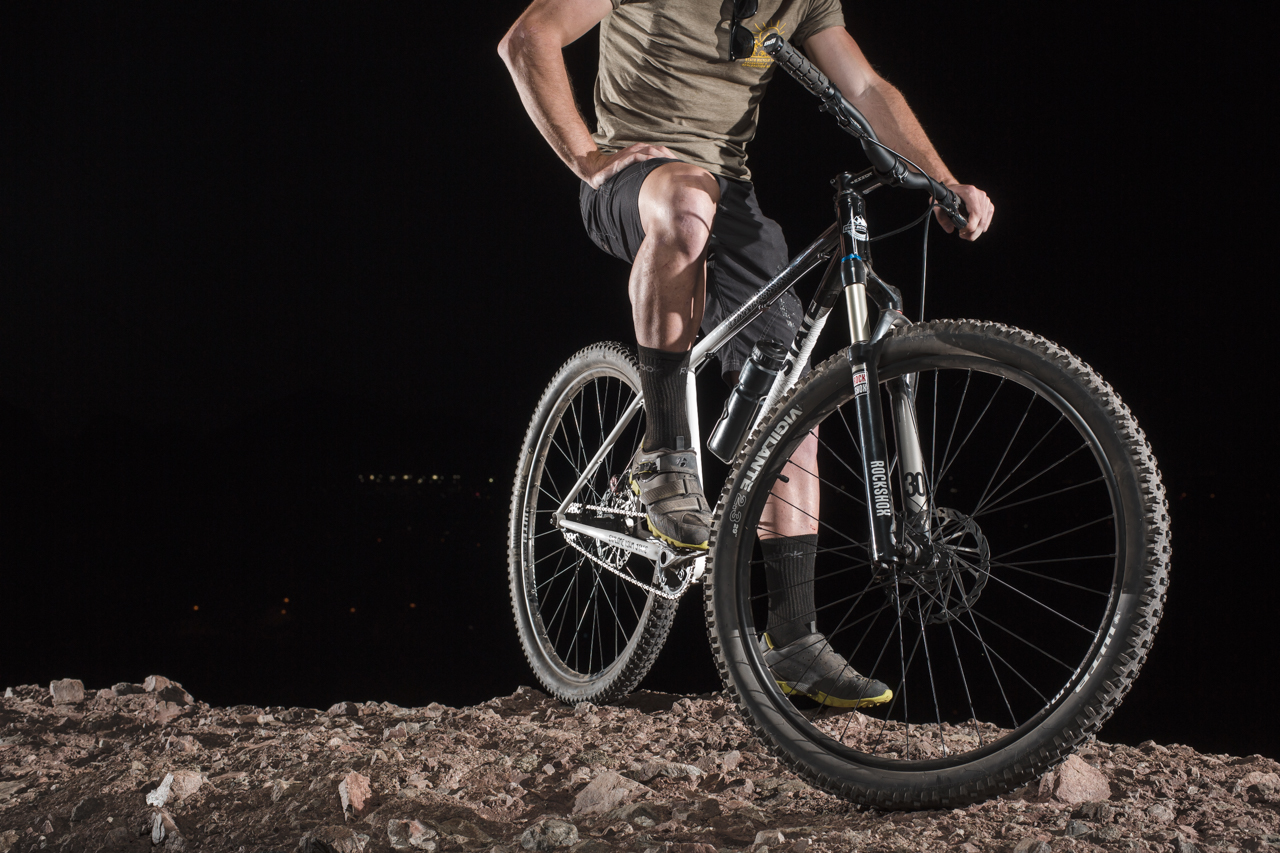 For anyone looking for simplicity in a budget-friendly bike, State has an answer. You get a steel frame (heavy but smooth riding) and some decent components for a fair price, and a bike that will roll you over rough terrain with few parts to service.

Up Next: USA Pro Challenge Bike Race Canceled For 2016