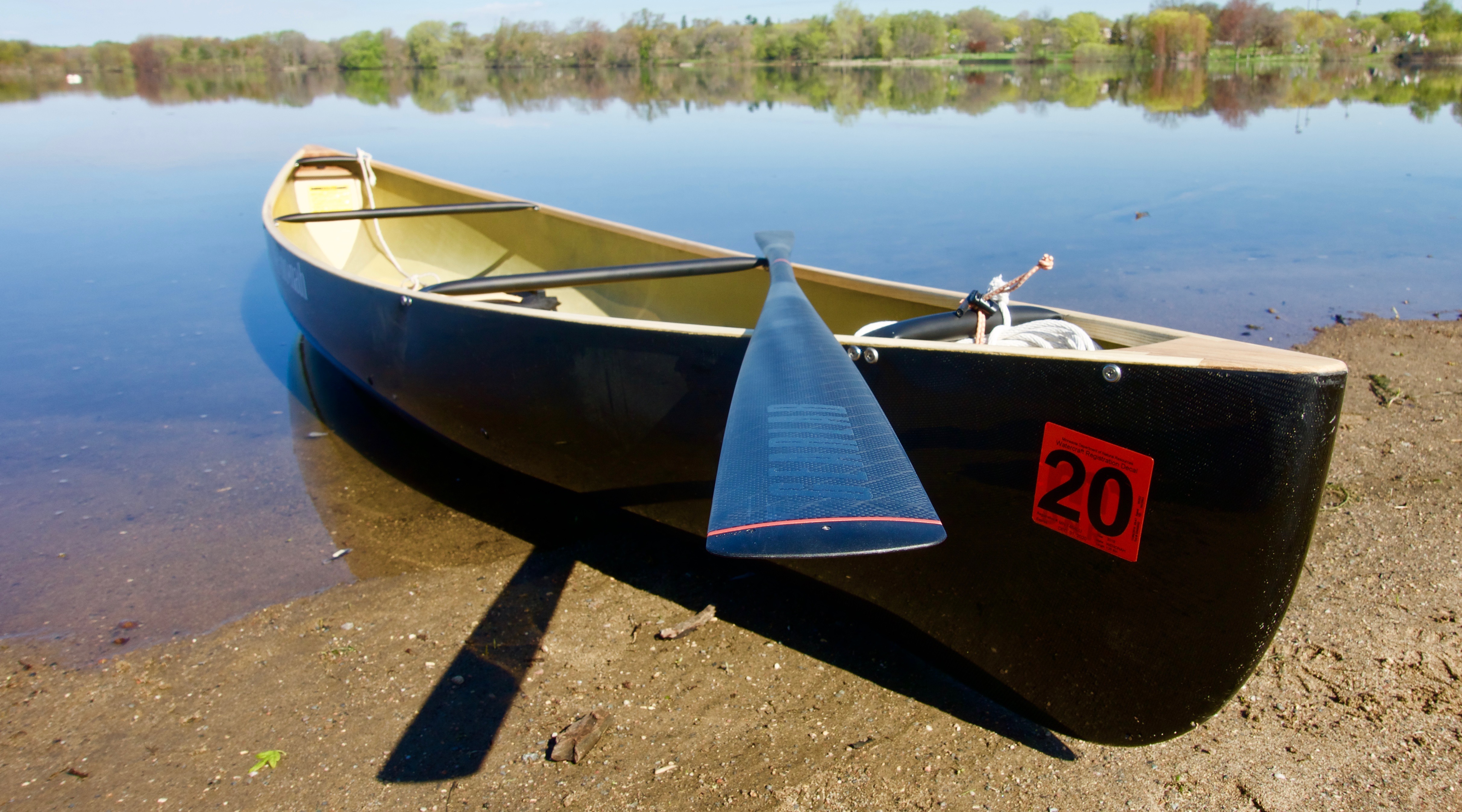 Greenland-style paddles use a narrow blade to propel canoes efficiently. Our writer put the Kalleq by Gearlab to the test for this review.

At least in the unscientific survey by this inlander, ocean-oriented Greenland-style paddles seem to have become more popular on lakes in recent years.

I have been testing a third-generation Akiak ($348) by Gearlab this spring, as well as a new model called the Kalleq ($438). I now see more paddles in that style than before. Perhaps it’s like the experience of buying what you think is a rather unique car and then seeing automobiles just like it all around town. Maybe I’m just tuned in to them. But regardless, this narrow, light, efficient paddle has grown on me. Read on to learn more.

My curiosity was piqued regarding various paddle designs since acquiring a 12.5-foot Wenonah solo canoe of the Wee Lassie style. The notion of using a Greenland-style blade is a function of how I normally use the boat — general touring and canoe camping, rather than much whitewater. This usage, I think, would be similar for a kayaker who specialized in touring rather than running rapids.

The somewhat smaller and more evenly distributed surface area of a Greenland paddle (as compared to a Euro-style) fits my own requirements quite well.

The Greenland style is symmetrical, which is an advantage in a roll because you don’t have to worry about the angle of the blade. The Inuits living around the Arctic Circle who first designed and built them knew the importance of a quick kayak roll. They also understood the fatigue that can set in after hundreds of strokes per outing in any craft.

The trade-off is that the Akiak and Kalleq do not have the sheer power of a Euro-style paddle, handy for sharp turns and hasty retreats. 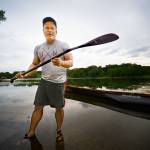 The Surprisingly Interesting History of the Bent-Shaft Paddle

You might not put a lot of thought into your canoe paddle. But plenty of others did back in the day — and the results are paddles far more comfortable and complex than you realize. Read more…

The second-generation Akiak was a fine paddle. The newer version has more surface area and a sharper 2mm edge. It feels lighter in the hand. Both versions perform admirably.

The two-piece, Kalleq is carbon fiber with polyamide tips. The tips are replaceable, held in by a set screw and turned with an Allen wrench. In this way, the Gearlab paddle mimics the innovation of the Inuits, who often tip their paddles with harder woods, bone or ivory. (Note: The replacement tips on the second- and third-generation Akiaks are different sizes and not interchangeable.)

My test Akiak weighs 930 g and measures 230 cm length, which fits my 6’2″ frame well. It’s also available in 210cm and 220cm lengths. The paint from colors other than carbon black will add to the weight.

This spring, Gearlab came out with a higher-end paddle called the Kalleq, lighter by one-third of a pound with an even narrower edge radius of 1.1 mm.

As a paddling tripper, I appreciate the carrying bag option. Not every camper allows for the extra weight of a carrying bag for paddle storage, but I find it easier to carry two-piece paddles in a bag with a shoulder strap, and it saves a bit of wear and tear on the tools.

Make no mistake: The Gearlab Akiak is an ocean kayak paddle. But if a person can mind the occasional odd looks from fellow paddlers, they work just fine in big, flat inland lakes, too.