Boreal introduced sticky rubber to the rock-climbing game in 1979. The Spanish brand innovated lasting change again in 1985 with the first slip-lasted climbing shoe, the Ninja.

In short order, the Ninja became a weapon of choice in one of the most active eras in sport and early competition climbing. 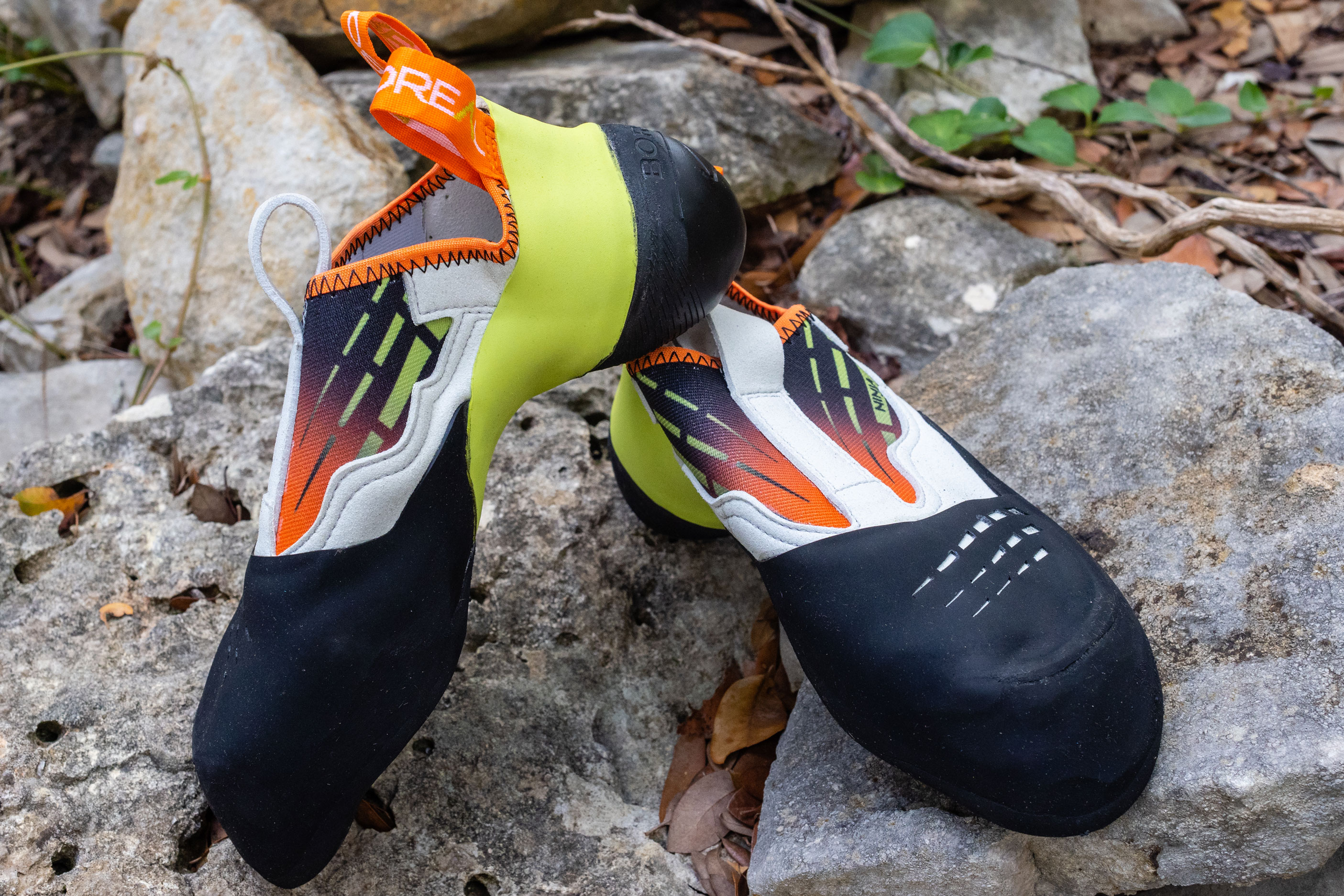 This year, Boreal reintroduced the new Ninja, but only the name remains the same. The new slipper harnesses the latest advances in rock shoe design. We tested a pair of Boreal Ninja climbing shoes over two months for this review.

In short: The Boreal Ninja ($120) excels at gym climbing, bouldering, and sport climbing, offering an incredibly close yet comfortable fit, an excellent heel, and improved rubber.

Out of the box, the size 10 Ninjas (1 pound 1 ounce per pair) felt cramped for my size 10 running shoe feet and a little stiff for a slipper. But a few bouldering sessions later, the unlined, half-midsole shoe softened and stretched just enough to become the closest fitting — but still comfortable shoe — I have worn to date.

The microfiber upper hugged every surface of my classic “duck foot” (narrow heel, wide forefoot) with perfectly snug tension. Yet, the solid heel cup held none of the common bagginess.

The improvements made by the small degree of stretching surprised me, as synthetics normally don’t conform as well as natural leathers. Still, the Boreal Ninja contoured my foot amazingly well.

Regardless of foot contortions, the Ninja never felt disconnected from any part of my foot. I haven’t been able to say that about a rock shoe since the original Ninja’s counterpart, the Boreal Laser.

And the big toe knuckle bump-out relieved the usual pressure on that joint without gapping, even with the toe bent sharply at the first joint. 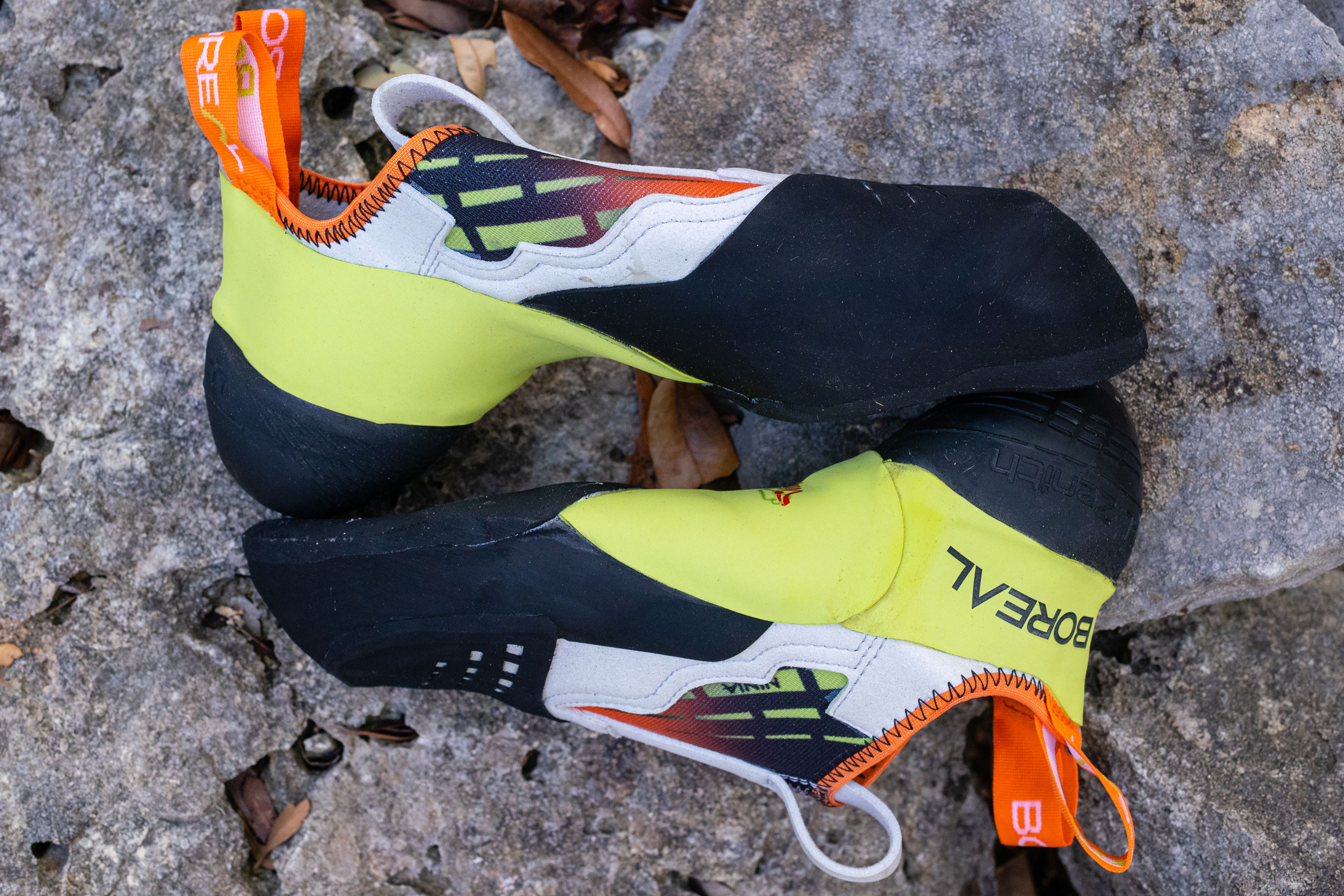 A month into testing, the Ninjas wore in so well that I could keep them on my feet for a solid hour in the gym. But they still had a contoured, high-performance fit. And I expect the synthetic upper will hold this sizing better than a natural leather shoe.

Although a slipper, the Ninja’s half midsole created edging power appropriate for steep climbing and bouldering on everything but the smallest razor edges. The trade-off was less sensitivity than a slipper devoid of any midsole and a thinner outsole. Overall, though, these features make the Ninja a more versatile shoe.

I smeared confidently on all but the smoothest features, with sensitivity at the middle of the forefoot better than elsewhere. The split outsole design afforded great foot dexterity, which made holding a strongly loaded downturned position easy to maintain.

Both heel and toe hooking were great in the Ninja. The one-piece molded heel cup and rand combination at the rear of the shoe remains my favorite heel configuration, although I realize this is highly dependent on individual heel size and shape.

This structure refused to roll or deform during the most aggressive hooking, and the rounded, smooth design made rolling onto the heel a seamless maneuver.

Usually, slippers with an elastic closure make me wary of hard heel hooking, but the upper and elastic on the Ninja extend high up the foot. This expansive upper coverage gave great security while heel hooking. The exchange here is a little added difficulty wiggling the foot into the shoe. 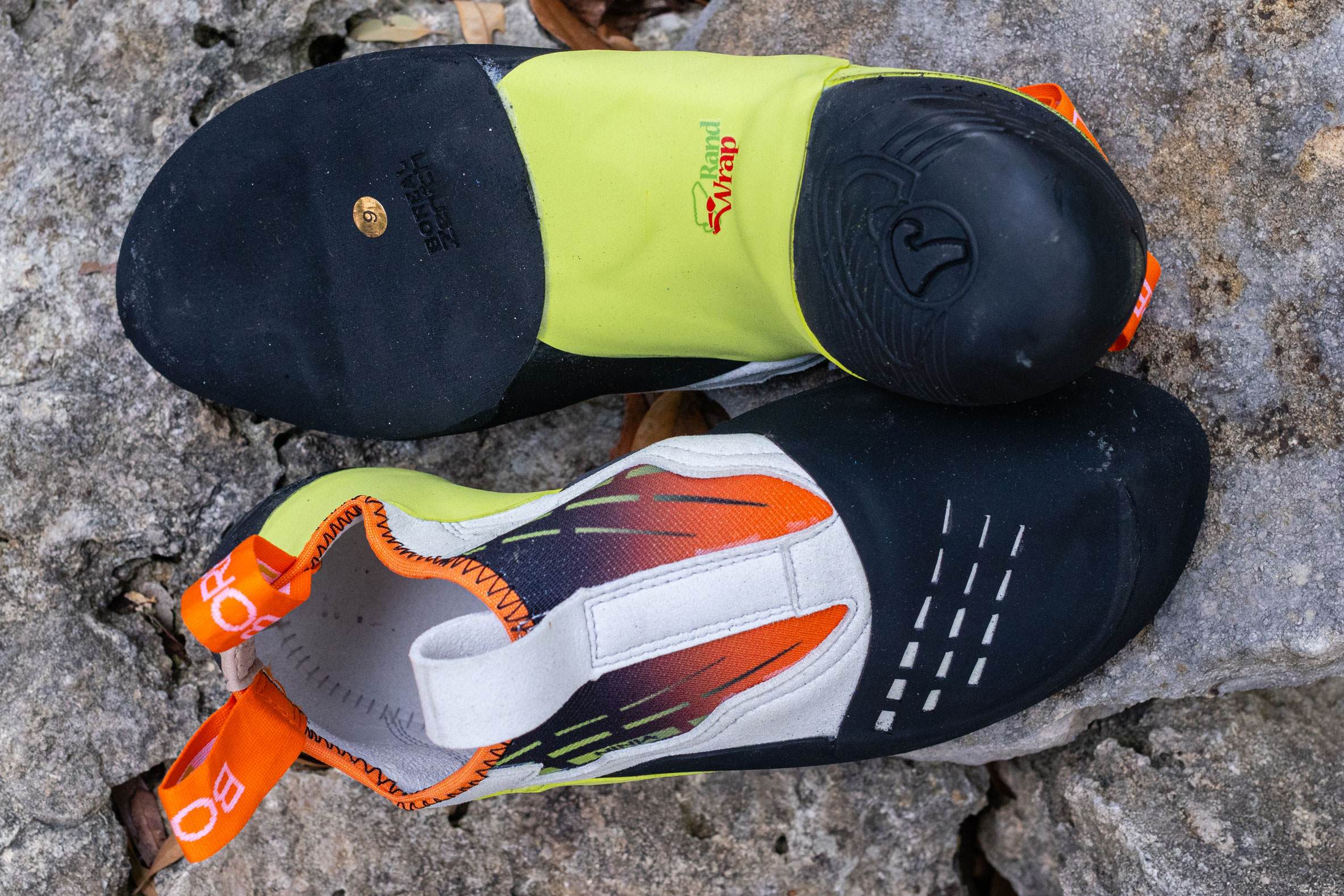 Boreal swathed the majority of the toe box upper with thin, pliable rubber that maintained flexibility, fit, and sensitivity while generating ample friction.

The 4mm (4.5mm on larger sizes) Boreal Zenith Ultra outsole and heel cup were huge improvements over the brand’s other outsole formulations. Traction was excellent on natural stone, and resistance to edge deformation was appropriate for a sporty rock shoe.

Adhesion also proved excellent on most plastic. The only time I felt the Zenith Ultra lacking was on steeply sloped plastic footholds like the kickboard holds on a Moonboard. Overall, the Ninjas slipped more often during aggressive start moves compared to Five Ten Stealth C4.

The Boreal Ninja’s impeccable fit and performance characteristics make it an excellent choice for sport climbing. Plus, the convenience of a slipper makes it an especially good choice for gym climbing and bouldering.

For the climber with “duck feet,” the Ninja will be hard to beat on fit, as long as the heel fits in the heel cup. I have access to a massive array of sport climbing shoes, and the Ninja is my current leader for fit and comfort in a high-performance slipper.