Keep your eyes open for this one-of-a-kind custom Hilux camper, it will be touring America’s back roads in 2019. 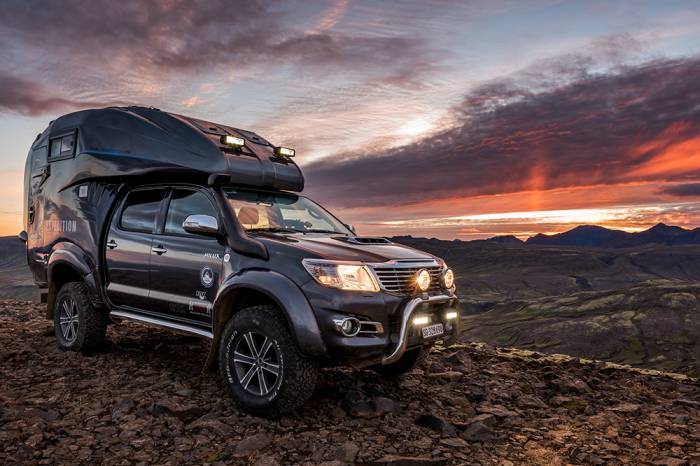 What’s the best thing you ever saved up to buy yourself? A house? A new car? A long vacation?

For U.S. and Canadian readers, it’s worth noting you won’t see a Hilux very often. While it can be permitted to travel through these countries, it’s not legal to import, and thus very uncommon in North America. 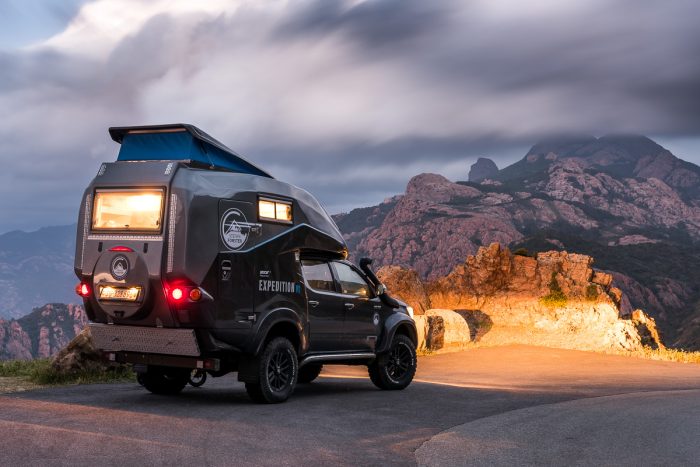 “After years of savings, I was able to fulfill a dream,” Forster wrote on his blog. Next week, it will finally be ready. And he plans to break it in on the harshest terrains the U.S. and Canada have to offer. 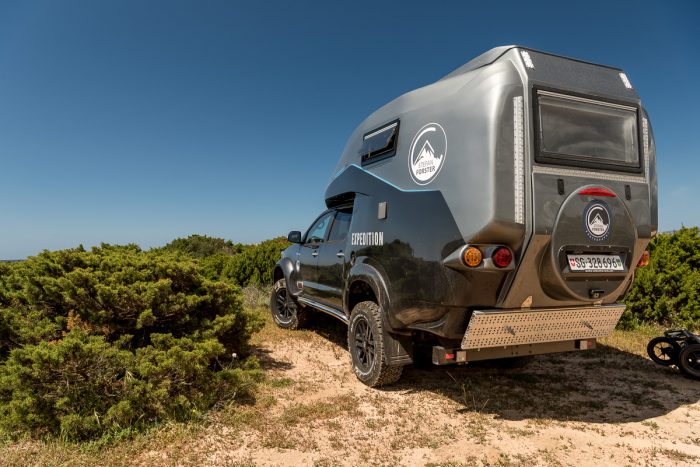 Along the way, Forster will be hard at work doing what he does best: Rustic landscape photography. 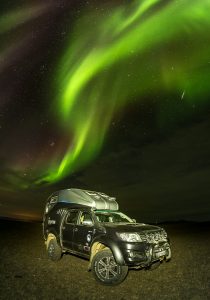 And that’s where Úlfur comes in. This Hilux can tackle a lot.

It’s built on a 2015 Hilux chassis, which Forster chose for two reasons. One, it’s among the most ubiquitous trucks on the globe and therefore serviceable almost anywhere. And two, it carries a minimal amount of electronic doo-dads. That’s a major selling point for backcountry overlanders in an age of increasingly complex technological integration.

German off-road specialist Hurter Off-Road handled all the automotive modifications to the Hilux itself. It boosted the 3.0L diesel engine to kick out 225 horsepower. 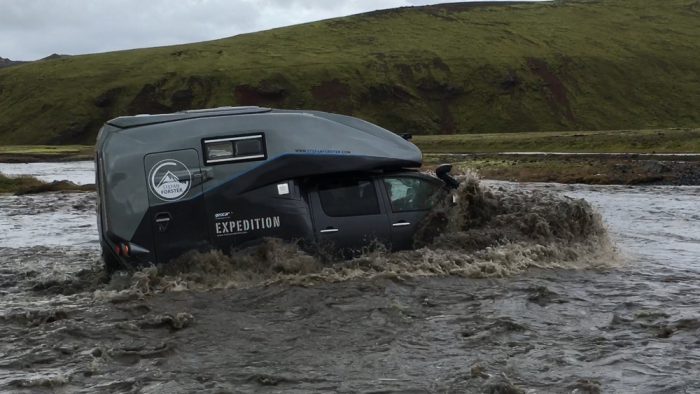 The stance was widened, fenders bumped out, and underbody skid plates installed. There’s a snorkel for fording water and two fuel tanks — one front, one rear — hold about 60 gallons of diesel. A WARN winch up front means it can get out of most trouble it encounters. 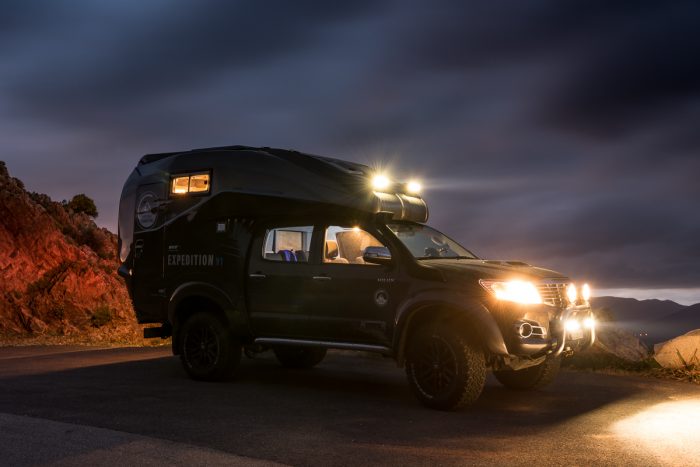 After-market racks up front hold additional headlights. In total, according to Forster’s blog, up to 38,000 lumens will rend the night on full blast. 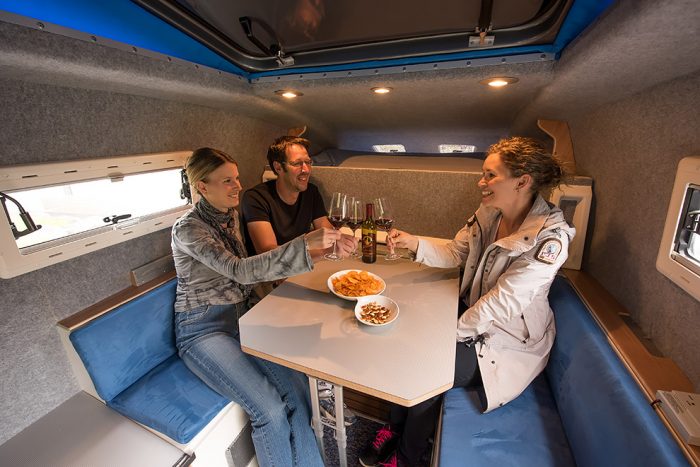 Geocar handled the camper add-on. There’s a kitchen with a two-burner gas stove, refrigerator/freezer, hot shower, and toilet. It seats five adults in camp mode, and with fold out benches sleeps two adults and two children. 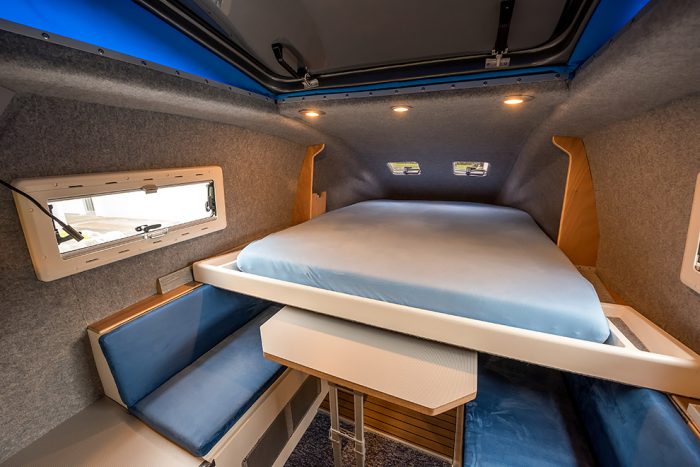 The camper uses a 16 sq.-ft. solar panel up top for power. Plus, its aerodynamic shape combined with a fully loaded weight of 880 lbs. means it still averages about 19 mpg. 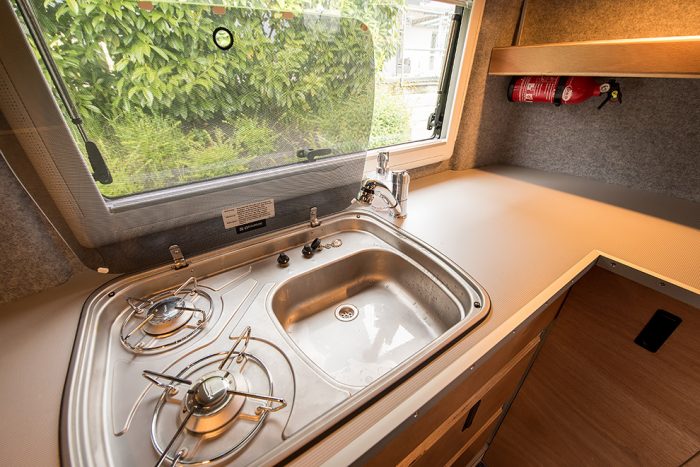 According to Forster, the cabin’s 3cm-thick insulation throughout make it comfortable down to -40 Centigrade.

That should come in handy during his 2019 trip through the U.S. and Canada up to Alaska. If you see him, wave. Odds are, there won’t be anyone else around.

Up Next: One Of The Meanest Trailers You Can Buy In The U.S.

Saving…
One Of The Meanest Trailers You Can Buy In The U.S.
Camping World, Inc. Wins Gander Mtn. At Bankruptcy Auction
×