Kitchen help (not) wanted. That’s the message from Rivian, which has added an ingenious and well-outfitted kitchen to its new R1T truck.

The hot new electric adventure vehicle manufacturer joined forces with “like-minded” Snow Peak to offer the option. The Camp Kitchen features the 30-piece Snow Peak Kitchen Set, a curated selection of Snow Peak’s cookware and tableware. When not in use, it stows neatly away inside the R1T. 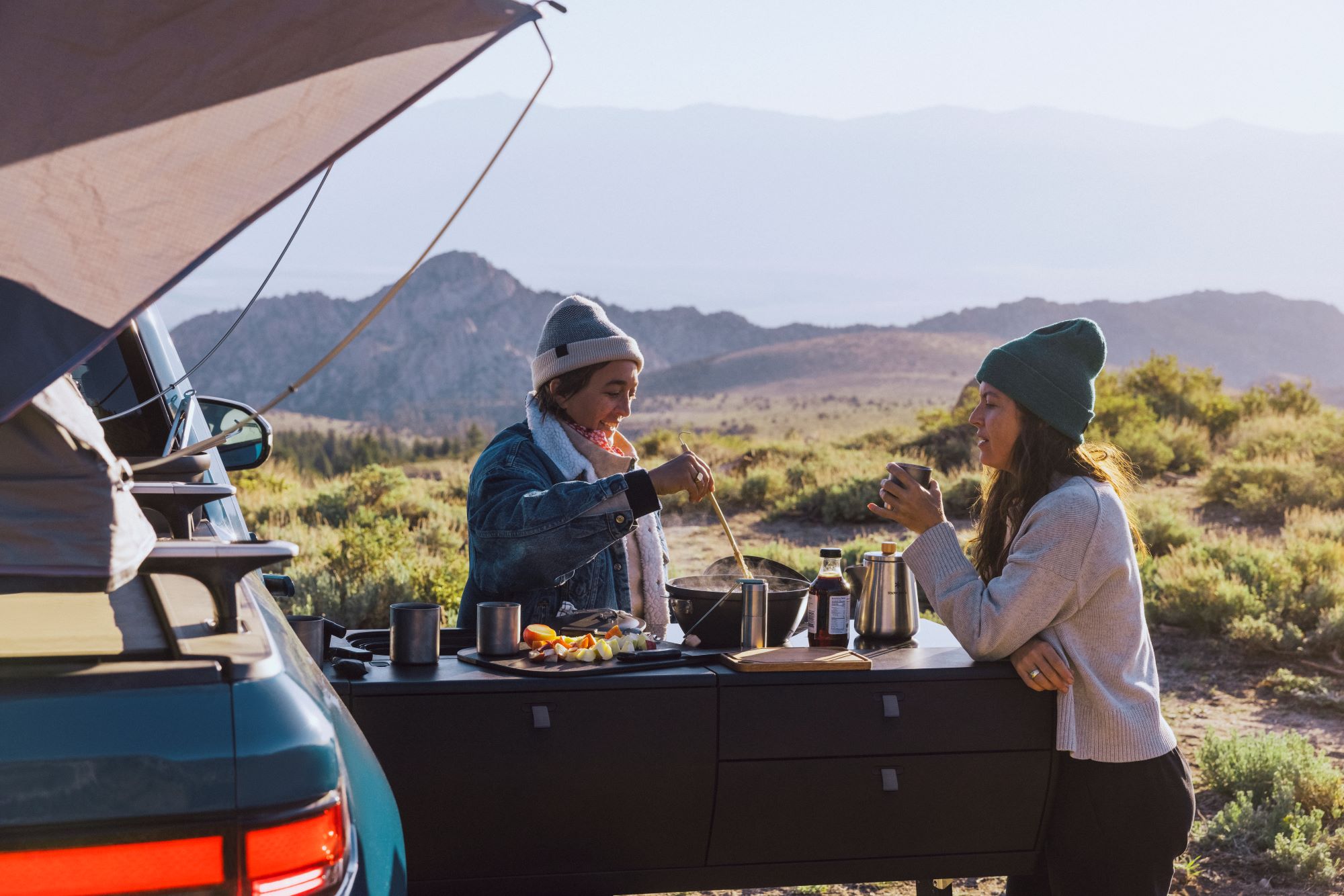 For those of us who salivate over the off-grid-but-scrupulously-chic life, it looks like Rivian’s fulfilled our fantasies yet again. Of course, Snow Peak’s in on it, too.

“Snow Peak and Rivian share a passion for creating memorable outdoor experiences through meticulous attention to product design. Our companies look to the customer to inform product creation that exceeds their expectations,” said Tohru Yamai, Snow Peak USA CEO and chairman of the board.

He adds that, of course, the Camp Kitchen exemplifies that curated approach. Here’s what it’s got in store for all you glampers.

To make the Camp Kitchen modular, Rivian stores it in the R1T’s Gear Tunnel, a 65-inch long compartment that runs the width of the truck. The kit mounts to the Gear Tunnel Shuttle (say that out loud, it’s nearly poetic), which slides in and out “easily and securely.”

The heart of the Camp Kitchen is a two-burner induction cooktop, powered by the vehicle’s battery. This thing ain’t no Coleman double-burner — the powerful rig pulls 1,440 watts.

Roll out the drawers to find the kitchen tools nesting in custom-molded insets. More molded insets secure cookware and tableware for four people. 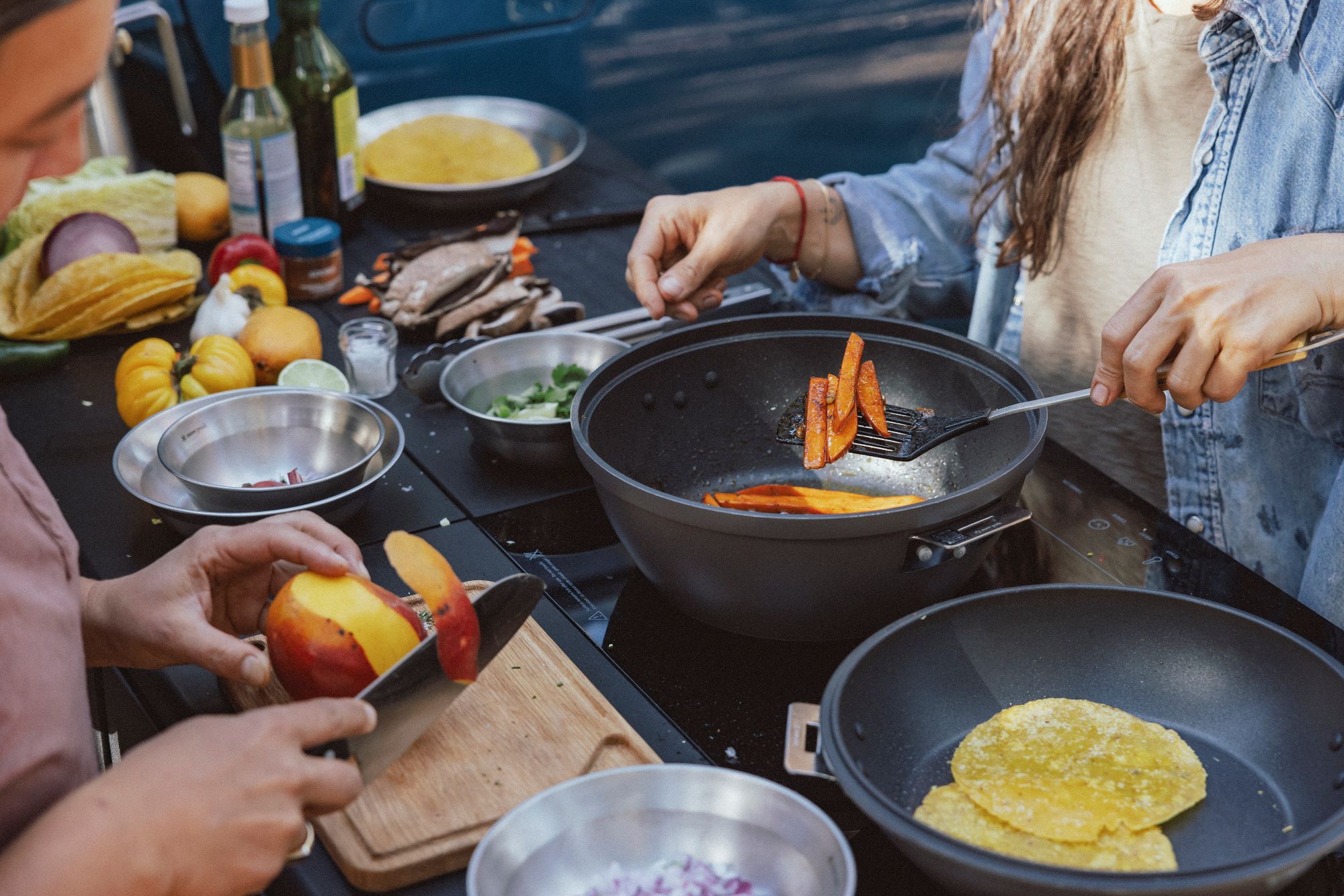 You already knew the ultralight kitchen set would include utilitarian essentials like spatulas, ladles, knives, a can opener, and a corkscrew. But were you ready for a kettle, coffee grinder, and charcuterie board? 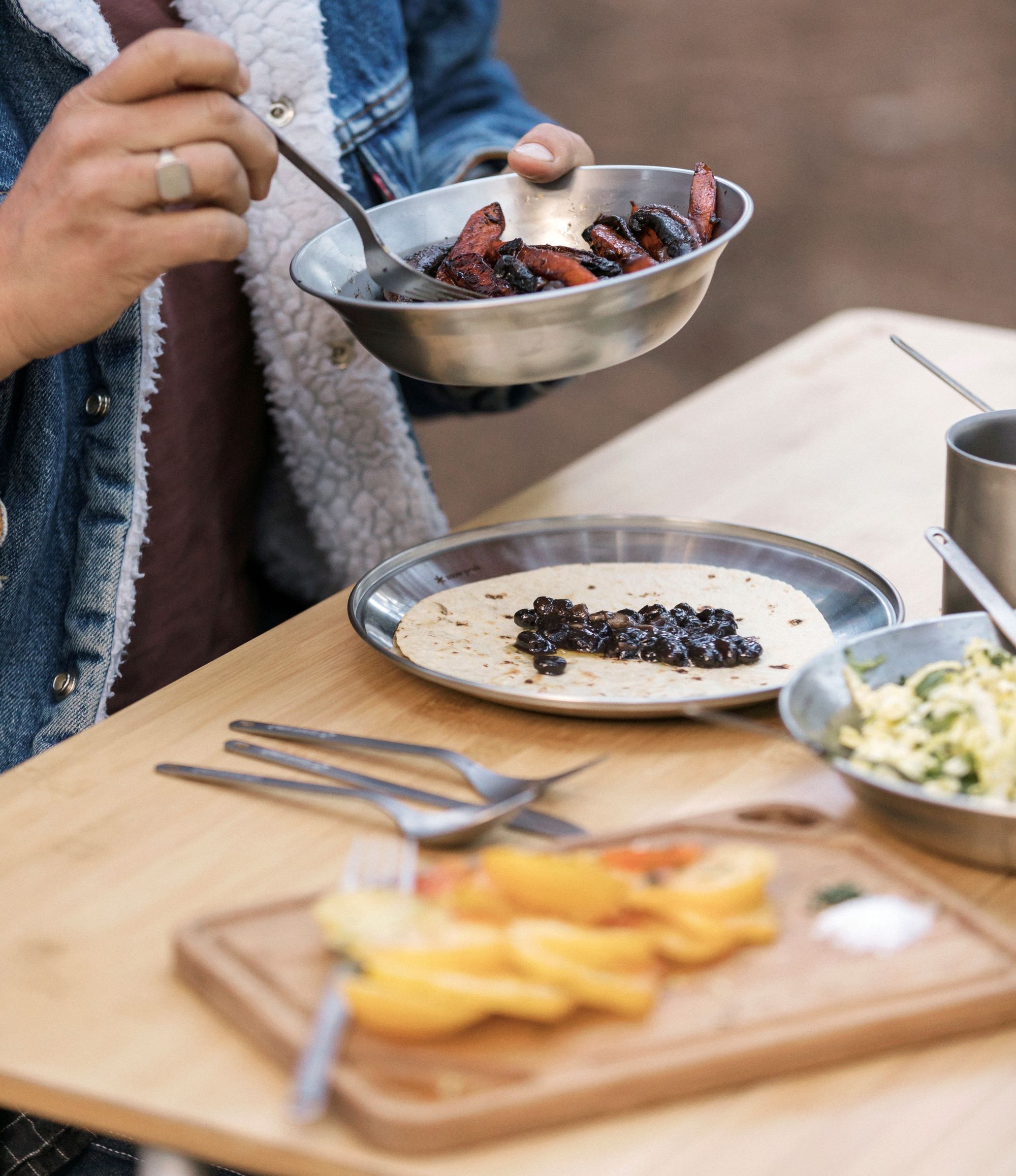 Snow Peak expands on its group camping collection with the Living Lodge, a cabin-like tent that's both backcountry-capable and ready to glamp. Read more…

Up Next: Do It Yourself: Install a Yakima Roof Rack Without Attachment Points

Saving…
Do It Yourself: Install a Yakima Roof Rack Without Attachment Points
Divine Ascents: Gothic Church Transformed Into Climbing Gym
×