Thule bought Tepui at the end of 2018, but the companies are just now fully integrating. And its first model as a combined force, the Hybox Wedge, looks strong.

The Thule acquisition of Tepui in 2018 made a lot of sense. It gave consumers both a recognizable rooftop tent system and way to mount that tent on a vehicle, all under one roof.

A full rebrand and upgrade on the entire Thule Tepui rooftop tent (RTT) line has just been released. The highlight of this upgraded line is the new Thule Tepui Hybox Wedge model, which is both super-fast-to-deploy RTT and a vehicle roof storage box.

The rest of the line evolves the preexisting Thule RTT series into a broad lineup, giving consumers a lot of choices within the brand. Whether just going for a weekend car camping mission to the local rock climbing crag or a multiyear overland adventure, the new Thule Tepui RTT line should have something to offer.

We’re also told that this is just the beginning. Thule said it has big plans for all sorts of new products for the overland and car camping markets. And, of course, these products integrate into the Thule roof-rack and vehicle accessory ecosystem.

The entire Tepui RTT line has gotten a slight refresh with Thule aesthetics and some upgraded features. The tents have been tweaked to offer more ventilation and airflow, with more mesh and a slight pattern redesign.

Inside the new Thule Tepui tents, you’ll find more storage pockets than before. The big upgrade your back will love is a new high-density foam mattress in all the tents for a good night’s sleep after a long day outdoors. 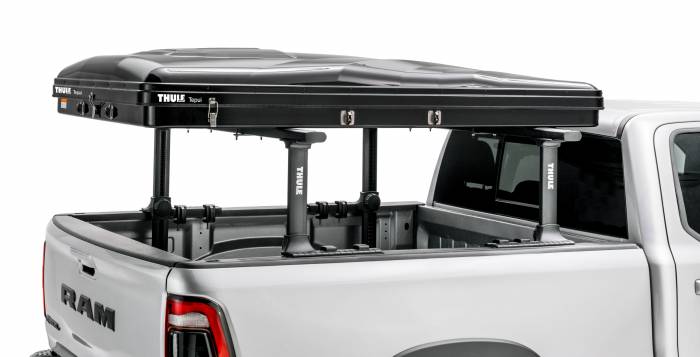 The Tepui Hybox made a splash a few years ago as one of the first RTTs to also offer vehicle-roof-box functionality. Thule has redesigned this popular product to make it easier to set up, break down, and get in and out of. The new Thule Tepui Hybox Wedge model offers a permanent hinge on one side and an extra-tall rear tent entrance.

The Thule Tepui Hybox Wedge starts shipping in early June but can be preordered from most retailers now. It retails for $3,000.

“It’s less about having a different feature set than the Thule Tepui Hybox and more about the design,” said Rocco Giordano, product manager at Thule Tepui.

“By design, it’s easier for a single camper to set up and break down when camping solo or when the tent is mounted to a higher vehicle in comparison to the Thule Tepui Hybox. With one side permanently hinged, it’s significantly easier to open and close, making this the fastest setup and breakdown of the Thule Tepui lineup.” 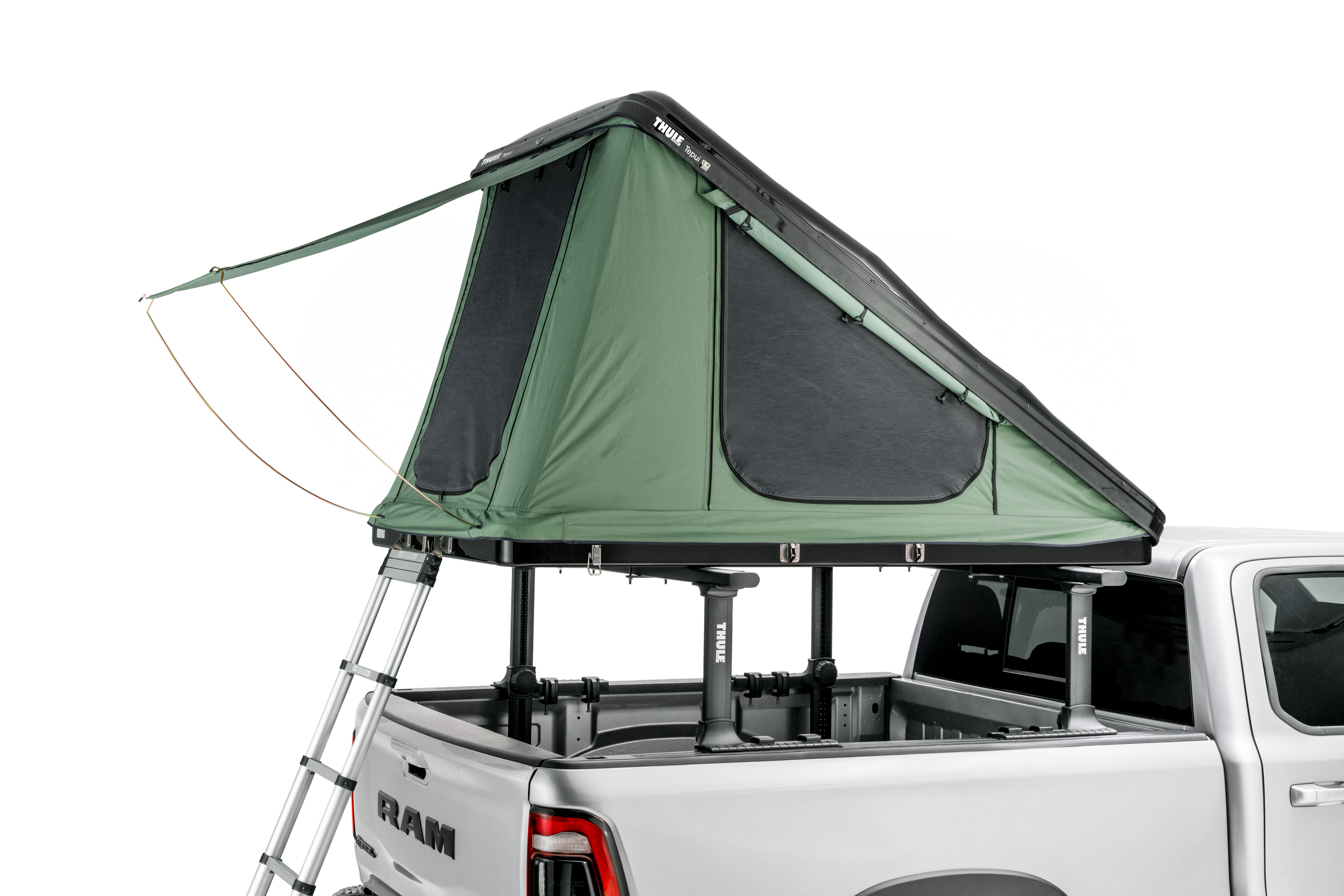 Other Thule Tepui RTTs to Consider

The rest of the Tepui line will also live on under the new Thule branding, all with slight upgrades. We expect to see a lot more out of Thule Tepui soon, though, with an even broader RTT product offering that will accommodate all vehicle types and travel styles. 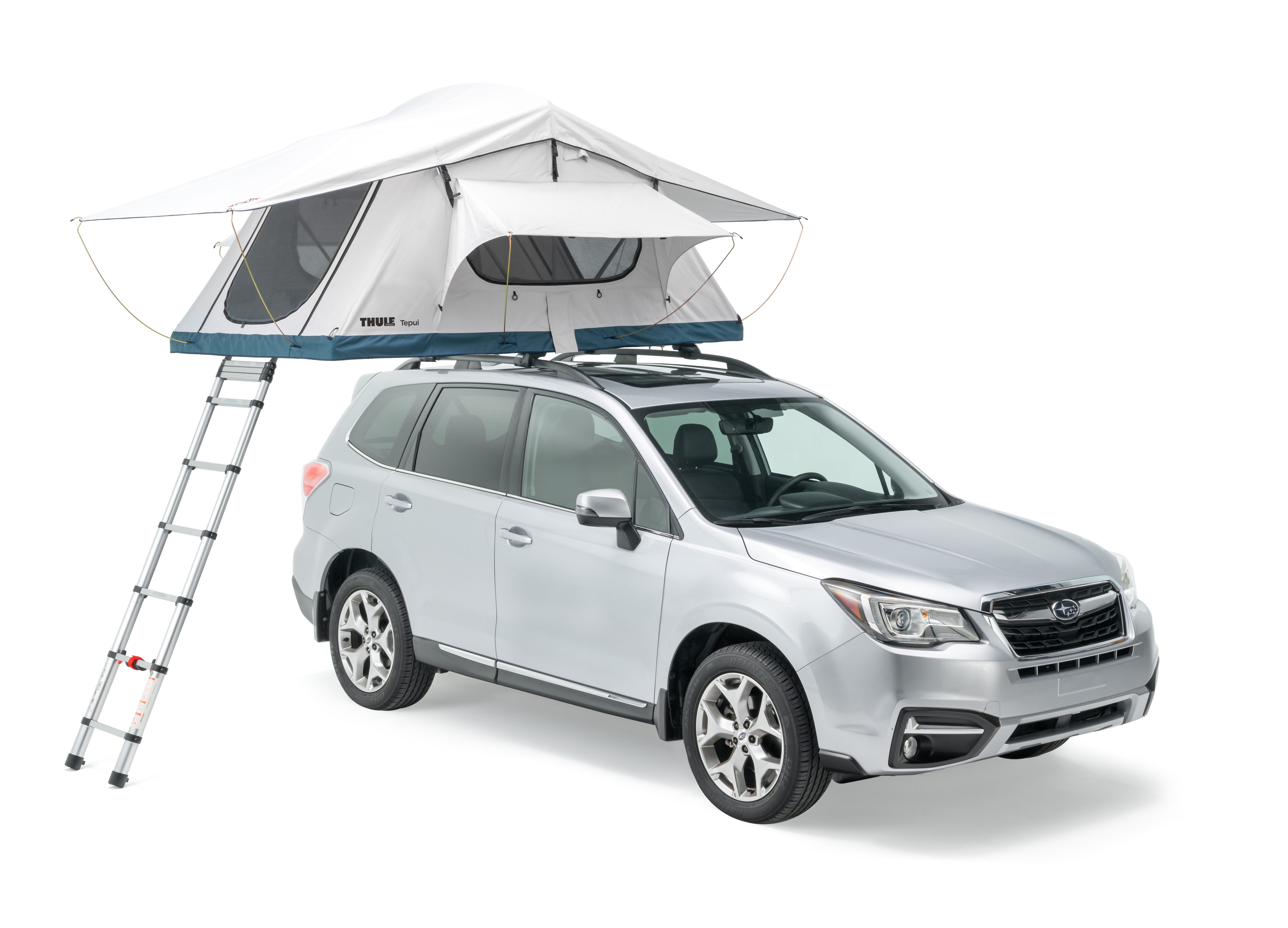 If you’re looking for a super-low-profile, aerodynamic, lightweight tent, then the Thule Tepui Low-Pro is for you. This tent is perfect for small SUVs, sedans, or wagons.

It features a thermoplastic base, removable rainfly, and lots of windows. Offered in two- and three-person models, the Low-Pro starts at $1,500. 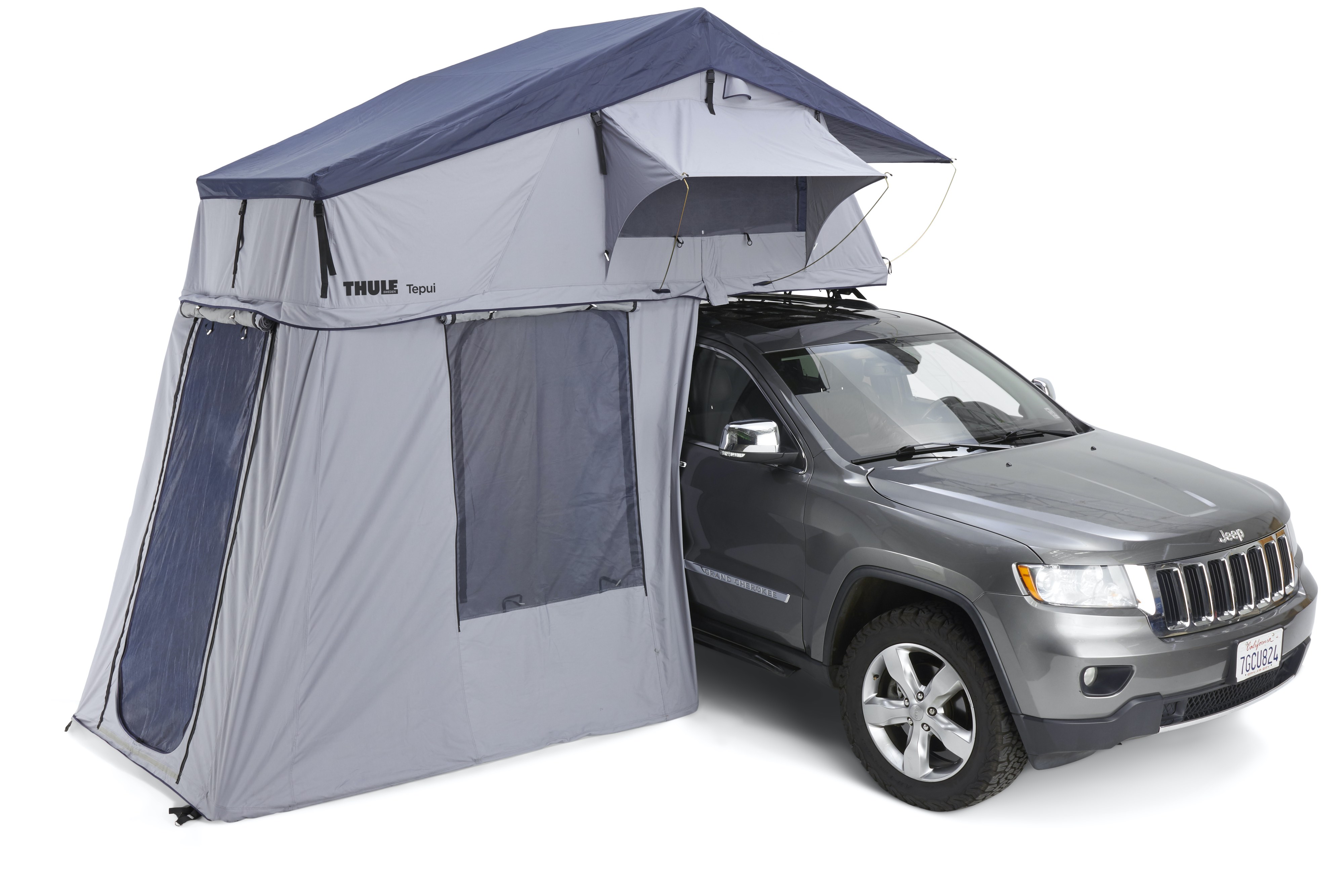 Maximum ventilation and all-weather usability are what you get with the Thule Tepui Explorer Series of RTTs. This series starts at a value price of $1,200. 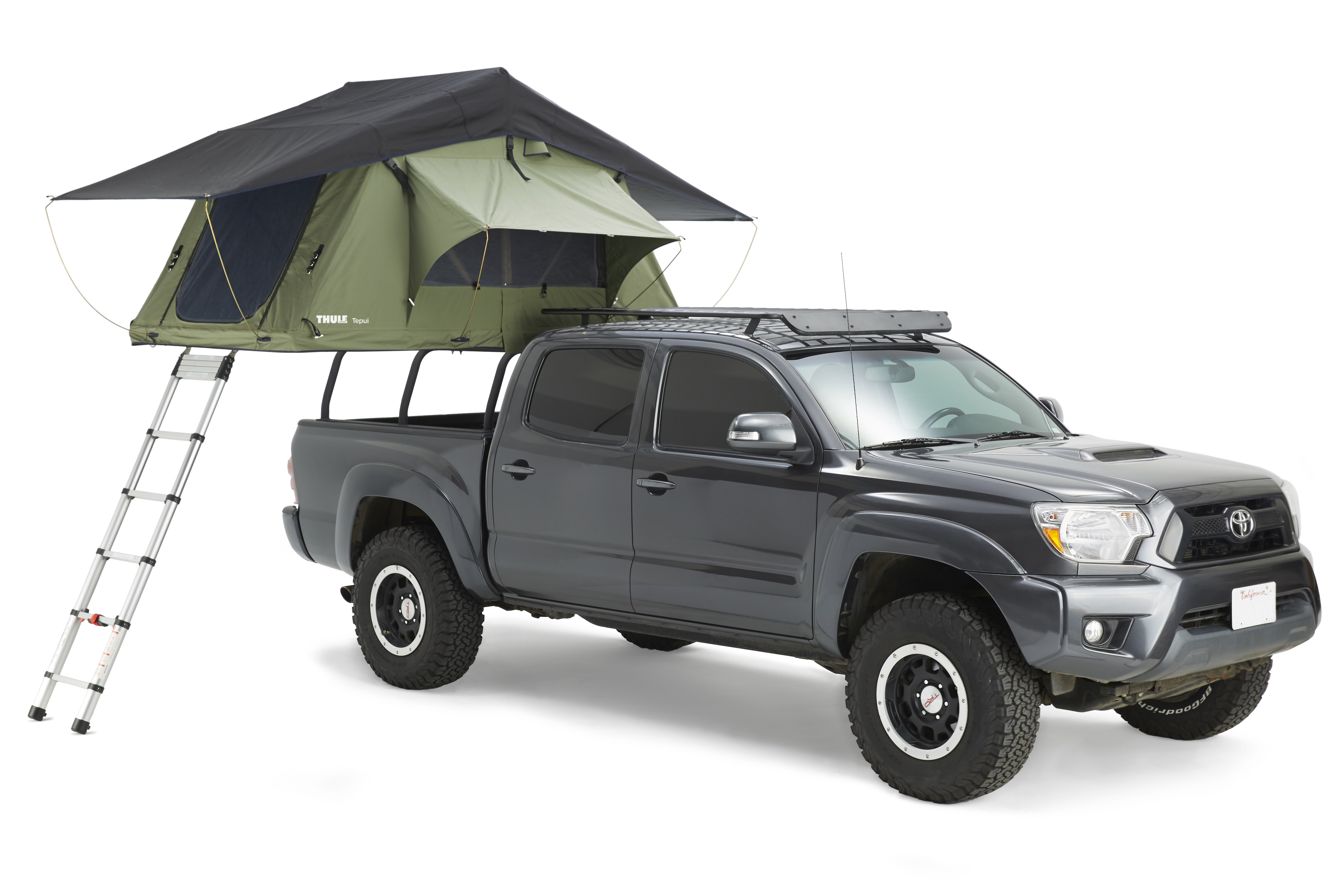 The Ruggedized Series of RTTs are the burliest on offer from Thule Tepui. They are designed to work well in harsh conditions atop a 4×4 on and off-road trailer.

The Thule Tepui Ruggedized Series has a diamond-plate metal base and a nearly twice as thick tent fabric. These tents start at $2,300.