Display this logo of a campfire to say that you treat everyone equally.

Shake Earl B. Hunter Jr.’s hand and start talking about camping, and you’ll witness the excitement, positivity, and boundless energy that fuel his passion for the outdoors.

He might break into song, projecting his vibrant tenor into the next room. Ask him a hard question, and he’ll hit you with a no-nonsense answer. 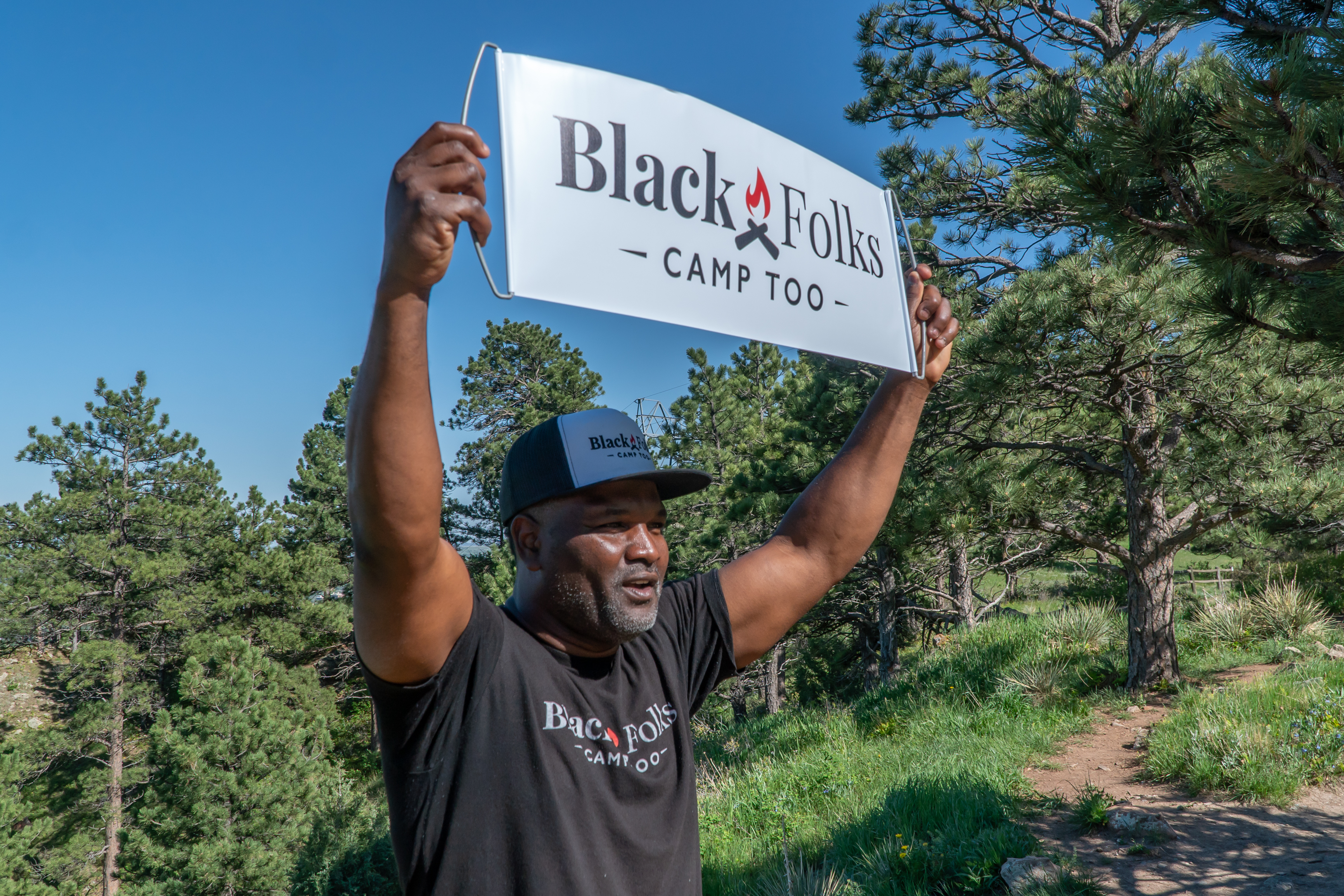 As founder of BlackFolksCampToo.com, Hunter is a former executive in the RV industry. He has spent years and significant financial capital preparing the outdoors for a movement that he thinks could improve race relations in the United States. He calls it the Unity Blaze.

Here’s how it works.

The Unity Blaze is the campfire symbol in the center of Black Folks Camp Too’s logo. It’s denoted by two crossed logs and a campfire.

Anyone can buy the logo, as a patch or a sticker. Add it to clothing to share a universal message. Maybe think of it as a “rainbow flag” of the outdoors. Those in the know will know. 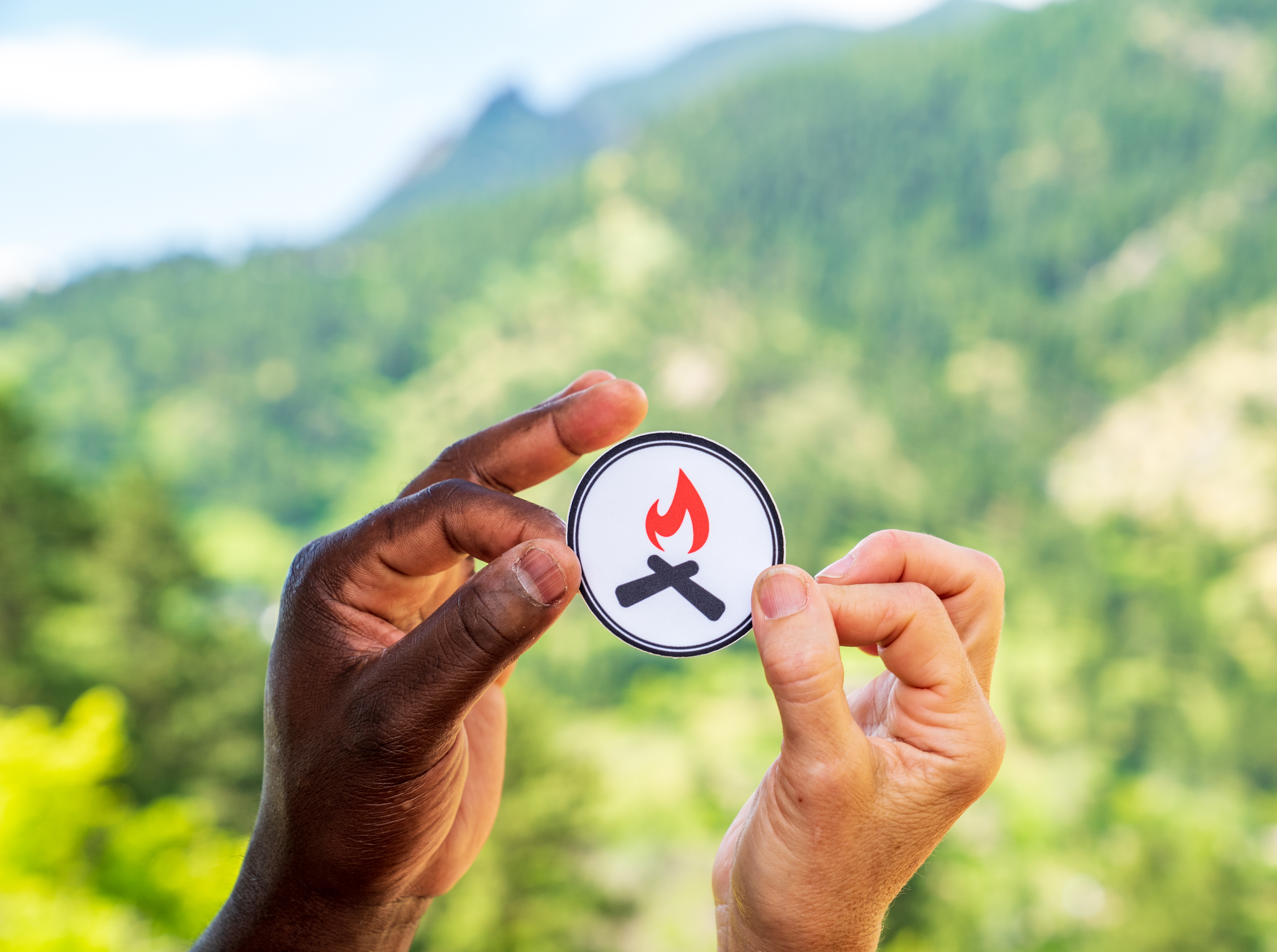 According to Hunter, The Unity Blaze “forges bonds across all aspects of adventure with the motto, ‘Treat everyone, everywhere, equally’.”

See one of your fellow, hikers, campers, or any outdoor lifestylers who knows the symbol as well, and:

And everything here also works in reverse. Hunter emphasized that this isn’t just about Black people. Treating everyone with respect means, well, everyone. 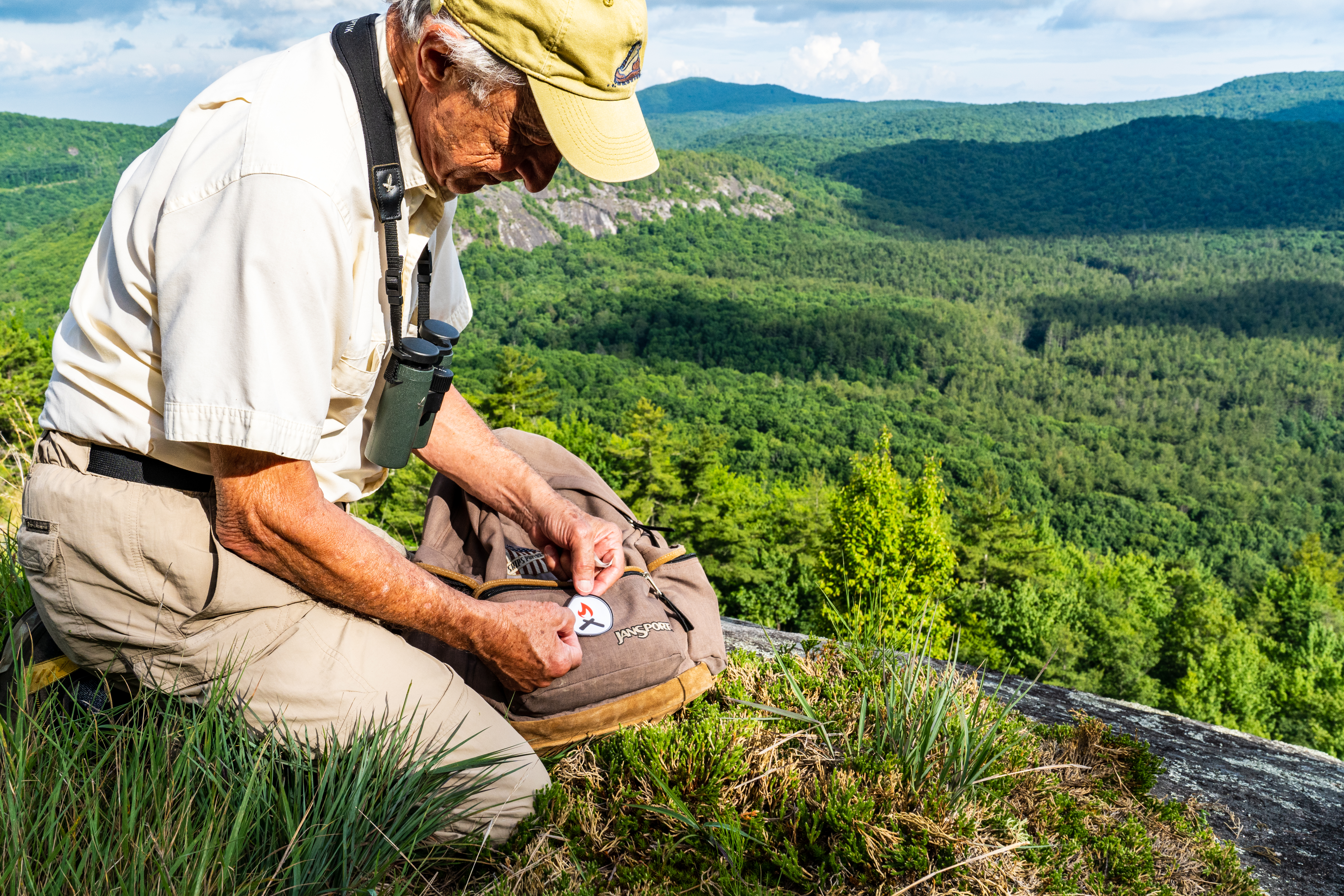 I had the opportunity to spend a couple of hours around a campfire with Hunter recently while attending the Outdoor Media Summit. The experience was inspirational.

Hunter speaks with the acumen of a successful businessman. His plans scale broad, difficult goals — better race relations and more diversity in the outdoors — into attainable, actionable projects like the Unity Blaze.

I asked Hunter one of the big questions of the outdoor industry — as a white person, how do I help encourage more Black people to get into outdoor pursuits like hiking and camping? His answer was so simple, it took me by surprise.

“Get yourself a Black friend,” he said, “and take them camping. If you do not have any Black friends, this is the greatest time in America to find you some.”

After a week of considering his response, it hits me as the most genuine answer I’ve heard in years of discussions among leaders in the outdoors. His innovative spirit has garnered attention and awards. He recently earned the Confluence Award at the Outdoor Media Summit.

Hunter’s ideas are also inclusive. The end of his website name notes that Black folks camp too. Not only, or alone. His events bring people of various backgrounds together to get to know one another in the outdoors. And often, at the center of it is a campfire.

Unity Blaze: How to Get Involved

And brands are already getting on board. The Unity Blaze partners with Leave No Trace, which helps amplify Hunter’s message. It also sells patches, T-shirts, and stickers.

The proceeds raised by the logo’s sales help fund combined efforts to provide outdoor educational opportunities through the Camp US Scholarship Program to improve diversity in the outdoor industry workforce by way of HBCUs (Historically Black College and Universities) and the Digital Education Initiative. 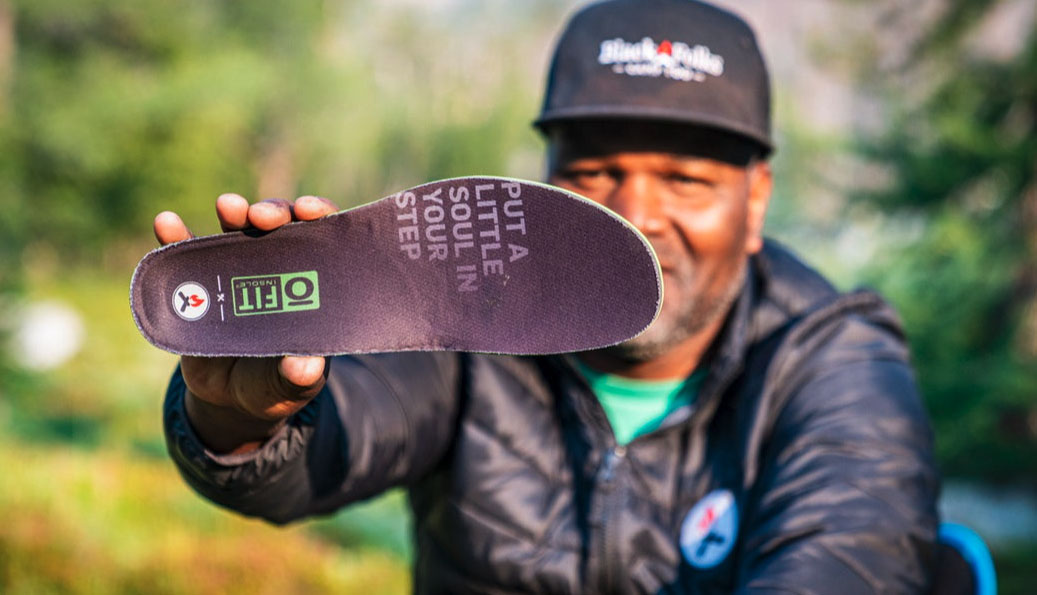 In addition, Oboz added a Unity Blaze logo to insoles to “put a little soul in your step,” as the product description puts it. You can buy the insoles here for $30. A portion of the proceeds will fund BFCT’s Digital Education Initiative.

“Brands can contact us at info@blackfolkscamptoo.com and learn how to get involved with the Camp US project,” Reinhold said.

While the Unity Blaze movement is still in its early stages, Hunter said he has large visions for his mission. Asked where he’d like to see it in 5 years, he said, “I want to see everybody in the world with a Unity Blaze, actively stoking the blaze and sharing that they treat everyone, everywhere, equally. We believe the unity blaze is going to unite the outdoor industry. Period.”

Up Next: Awoke to Voke: An ‘Energy Superfood’ Makes Early Rising Bearable