The to-be-released Five Ten Aleon weds modern materials and Adidas testing with the old-school experience of a renowned boulderer. 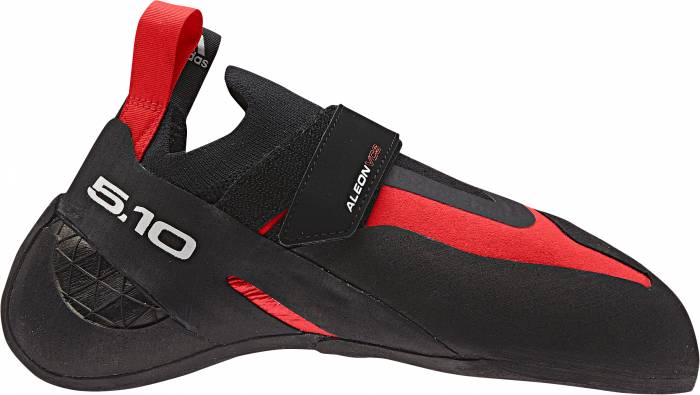 Quiet in demeanor, Nicole eschewed fanfare during his career, both establishing and repeating test pieces around the globe. And Nicole is still at it today, adding Five Ten shoe design to his list of accomplishments.

Nicole’s latest creation, the forthcoming Five Ten Aleon, exemplifies his extensive climbing knowledge and nods to the cutting-edge technical advancements the brand receives as part of the Adidas family.

Following its purchase by Adidas in 2011, Five Ten has enjoyed increased development muscle. For example, abrasion testing of a new material occurs at an Adidas testing lab, with thorough results available overnight.

This partnership not only speeds development cycles but also helps ensure higher standards in quality control and product consistency.

Five Ten also has access to Adidas’ massive materials library. And this is evident in the Aleon’s the use of Primeknit: a form-fitting, breathable mesh with four-way stretch.

Much like Nicole, the soon-to-be-revealed Aleon possesses understated looks while delivering the qualities required to put down the hardest and steepest routes and boulder problems.

Five Ten and Nicole designed the microfiber upper to resist stretching. Primeknit makes up the closure and keeps the ankle comfortable, all while helping keep the shoe lightweight (advertised at 7.5 ounces per shoe for a men’s size 9).

An aggressively shaped last and a midsole that maintains a slight downturn aim to enhance precision and power when toeing small holds on big overhangs. Proven Stealth C4 rounds out what we expect to be an effective weapon for the most demanding of projects. 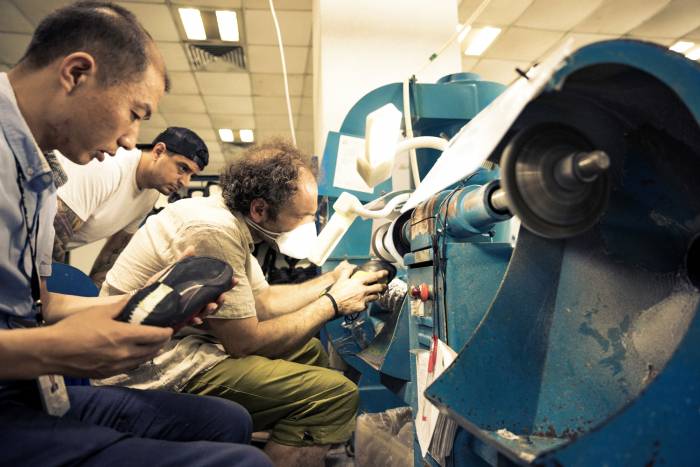 Five Ten didn’t just put a “Nicole” tag on the shoe to sell it as a “special edition.” The Swiss shoemaker operates a shop in his home country, where he has dissected and reconstructed shoes for decades.

Nicole approached Five Ten with five climbing shoe lasts of his creation. One of these handmade testaments to his bouldering wisdom eventually became the Aleon.

He remained hands-on in this shoe’s development, from the design studio to the manufacturing floor. Nicole’s touch will be a part of every climbing shoe Five Ten releases in 2019.

We’ll have our first look at the Five Ten Aleon at Outdoor Retailer Summer Market this month. For the public, the $190 Aleon hits retail in February 2019.