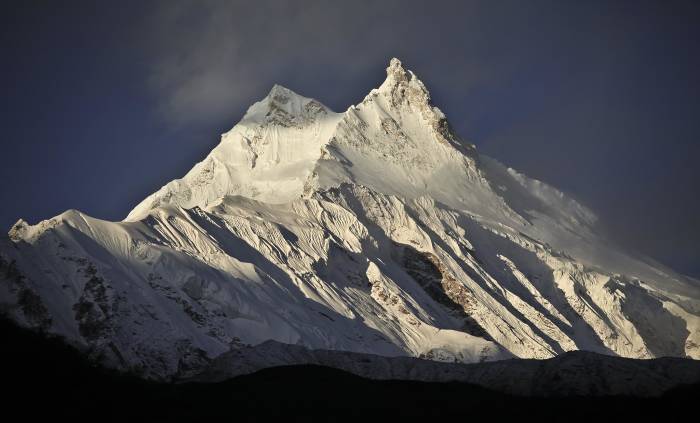 Two avalanches near the summit of the world’s eighth-tallest mountain engulfed 13 climbers this morning, killing one and prompting an urgent rescue. A helicopter remains stranded and an American remains missing as unstable conditions persist.

The contradictory and confusing news issuing from Manaslu (26,781 feet) right now reflects the conditions climbers and rescuers face. Two separate avalanches occurred near Camp 4 around 11:30 a.m. local time today, rending chaos throughout the hundreds of climbers on the Nepal mountain.

Here’s what we do know. At least one climber is dead and about a dozen injured near Camp 4. Some are seriously hurt and need rescue. Climbers are also trapped in Camp 4, unable to descend any further because the avalanche swept away the fixed ropes they depend on. They were also climbing with bottled oxygen and are not equipped to deal with that altitude without it.

In a separate incident not related to the avalanche, American climber Hilaree Nelson is missing on the peak. The Himalayan Times reported today that she skied into a crevasse after summiting the mountain this morning.

Outfitters such as 8K Expeditions, Furtenbach, and Elite Exped are hurrying to report that their clients and guides are OK. Some climbers themselves are posting about their status and whereabouts on social media.

After some climbers summited Manaslu on Friday (including Kristin Harila’s record-pursuing 8K Expeditions team), the weather turned bad again. But forecasts predicted a small weather window for Sept. 28-29, which prompted almost everyone on Manaslu to stir into action — that meant hundreds of people.

Nepal’s Department of Tourism has issued 404 foreigners permits for Manaslu, double the number of an average year. A further 300 Nepali guides accompany the clients, raising the total number of people on the mountain to over 700.

Most climbers planned to leave Base Camp today, but others climbed throughout the weekend despite the risky conditions. They wanted to summit ahead of the crowd, because of the predictable traffic jams and the unpredictable situation on the technical pitch between the foresummit and the actual summit.

The weather has not cleared yet, and conditions remain unstable. Yesterday, Adriana Brownlee reported clearing skies but high winds. Today, thick clouds wrapped the mountain. It has snowed nearly every day, so the avalanche risk was considerable.

Despite it all, a group of climbers left Camps 3 or 4 last night for the summit. Hours later, a number of others, mostly Sherpas carrying loads, headed toward Camp 4.

At around 11:30 a.m. on Sept. 26, when a few climbers were above Camp 4 — some coming down from the summit, others still going up — two avalanches struck. Tashi Lakpa of Seven Summit Treks reported that an excess of heavy snow triggered the slides.

“More than 13 climbers (including Sherpas) were swept along with the avalanche,” Chhang Dawa Sherpa of Seven Summit Treks wrote on social media. “Four Sherpas, including two from our team, need urgent rescue … The rest all have minor injuries.”

Mingma G, the CEO of Imagine Nepal who reached the true summit last year, is currently in Camp 3. He confirmed that at least one Nepali climber has died. He noted that five Sherpas in his group were caught in the slide but then rescued.

Sajid Sadpara, who was above 8,000 m when the avalanches hit lower down, summited in the early afternoon and has reportedly reached Camp 3.

Climbers from Lukas Furtenbach’s expedition, though uninjured by the avalanche, remained in Camp 3 to aid rescue operations.

“They chose to stay in Camp 3 due to the high avalanche danger and now they are helping with the rescue, giving O2 to the injured,” Furtenbach said.

Bad weather continues, making the unfolding situation on the upper slopes invisible from Base Camp.

In a clear example of the contradiction wracking the information coming from the mountain, the Everest Chronicle reported at least two climbers had died: one in the avalanche as reported and another near the summit.

A massive avalanche reported in Manaslu. At least two climbers died there– one burried under avalance and another collapsed at summit, according to Lakpa Sherpa of 8K Expedition.

Around 7 p.m. local time, Tashi Lakpa Sherpa said that three helicopters were on standby in Samagaon (Manaslu’s main access village) due to bad weather, waiting to evacuate the injured from Camp 3 at 6,888 m.

Since then, he reported that two severely injured climbers were successfully airlifted to Kathmandu.

He also added that one helicopter (call sign Alpha Kilo Golf) was “stuck somewhere behind Camp 1 with one injured, one Sherpa guide, and [the] helicopter pilot.”

Helicopters on rescue missions have recently faced problems with the overcrowded high camps on Manaslu, according to Niraj Karki, a Nepali IFMGA guide in training.

“There is some shitty politics that goes on behind the rescue scenes in Nepal,” he wrote. “There are flights and national park clearance permits that are required even when it is an absolute medical emergency.”

Karki cited a rescue at Camp 2 some days ago, which involved a lot of delays getting permits.

When pilot Simone Moro sought to land the helicopter in Camp 2, he found it so crowded that a reasonable landing “didn’t exist,” according to Karki.

Karki said that it took all Moro’s skills to fly without visibility and, guided by a person in camp, to land the helicopter in a tight space between two crevasses.

Meanwhile, Exweb reports an unknown number of climbers who returned from the summit after the avalanche are currently stranded in Camp 4. The outlet says some of those are unable to descend any further because they lack the skills to return to Camp 3 without fixed ropes. These climbers also depend on supplementary O2 and could get into trouble if they run out.

Two Russian sisters, who summited today with 8K Expeditions, are currently in that situation, Exweb reported.

Americans Hilaree Nelson and Jim Morrison also summited and proceeded to ski down the mountain as planned.

Shortly after, Nelson had an accident, according to The Himalayan Times. According to Angela Benavides of Explorersweb, various reports have suggested Nelson fell into a crevasse, while others said she slipped off a steep face.

She is reported missing. 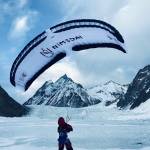 Nirmal Purja Injured in Paragliding Accident at Manaslu Base Camp