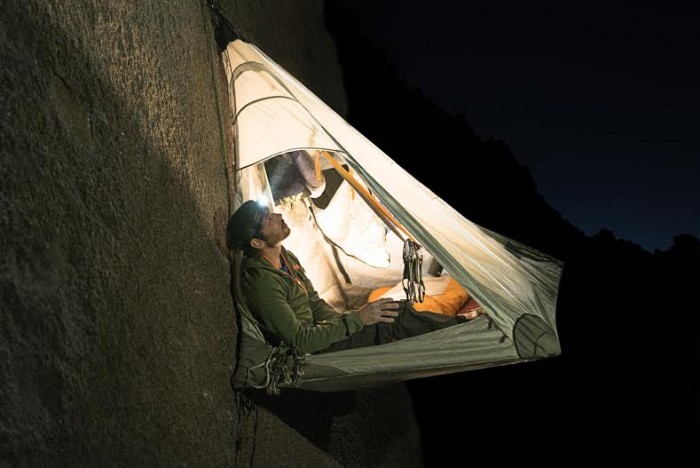 For six years, Kevin Jorgeson and Tommy Caldwell toiled to free climb Yosemite’s Dawn Wall. This spring, with the attention of the world focused on their endeavor for the first time, they succeeded.

The Dawn Wall presented some unique challenges, one being the necessity to climb quite a bit during the dark of night. After the epic climb, battery-maker Duracell approached Jorgeson about a partnership; he had used the brand’s batteries exclusively during the climb. –Sean McCoy

GearJunkie: What did you learn during the Dawn Wall project that you can apply to life in general?

Jorgeson: There were really two things, the first being the power of optimism. I am not an optimist, but Tommy is the most optimistic guy you can meet. I think the balance of those two traits made for a good team on the wall. But in the face of a big dream, it is more likely that you wouldn’t do it at all. The power of optimism, in all the repetitive failures and tiny successes, is what keeps you going. Without it, there were a million reasons we shouldn’t have done it. 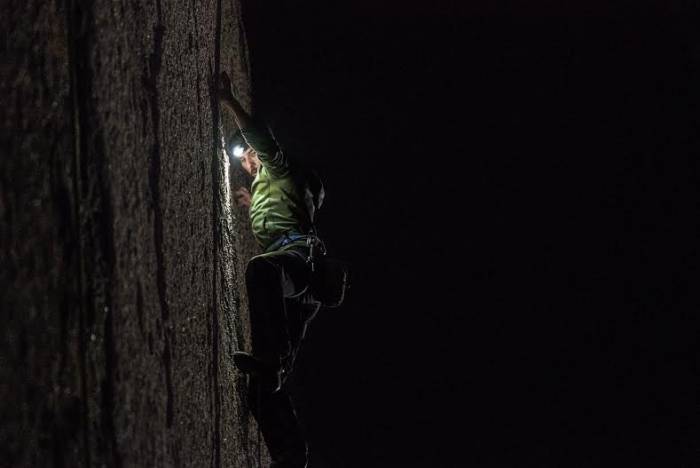 The second thing is the power of commitment. This is something that I struggled with. Day to day, season to season, it’s hard to be all-in all the time. Unless you’re fully committed, you will operate at just a fraction of your capability. You can get to 90 percent without commitment, but a lot of things require 100.

It’s a lot easier to try hard than commit. To truly commit, it’s pretty rare. There are only a couple times in my life that I’ve been entirely committed to something, and this was one.

Let’s talk about gear for a while. What gear did you find critical? Did you have any surprises?

[Editors note: the skin of Jorgeson’s fingers was injured early in the climb.] I now have a Ph.D in split fingers, and what I found to work on the injuries was super glue, then tape, then more super glue.

Australian climbing tape (Elastoplast Sport Tape) that has a fabric texture was really key. At first I was using traditional white athletic tape, and it just didn’t do the job. I split my hands on day two and by day seven, at the crux, I couldn’t climb those pitches on two taped fingers. Switching to the “Aussie Tape,” I was able to climb much stronger and was able to climb pitch 14. 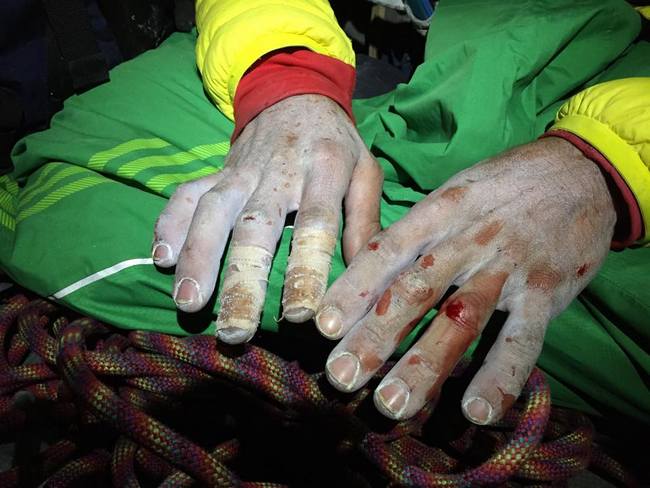 It must be tough to maintain physical performance. What other pieces of unorthodox gear kept you going?

I took a lot of Ibuprofen for pain relief. I used a sanding block for skin and shoes. I sanded my shoes after every attempt. Every little abrasion of rubber we would sand down to make the shoes like-new.

Obviously, with the night climbing and partnership with Duracell, you relied on lights.

We were literally forced to climb at night. When you’re out there, lights and batteries blend into the fabric of your experience. You trust them. You know it’s going to work. More times than not, you trust your gear and focus on movement and not equipment.

The same goes for our power source. The Quantum batteries they came out with are amazing. This was before I had a formal partnership with Duracell; I used them because they perform well. I only changed the batteries once in any device when I was up there. I didn’t have to think about it at all, for three weeks. That’s how I treated all my gear. I replaced my shoes more often that I replaced batteries.

What lights did you use specifically?

We had mountain bike lights by Light & Motion that you strap to handlebars, and we mounted them to the side of our portaledge. The quality of the light it cast wasn’t blinding. It changed the way it is to climb up there. We used three light sources: the Light & Motion, Black Diamond battery-powered lanterns, and headlamps. We had a myriad of headlamps up there, the Black Diamond Spot, Icon and Sprinter.

How about shoes? Those must have taken a beating.

I used the La Sportiva TC Pros. That was an unbranded partnership as well. As far as sponsors, I use what works and usually partnerships flow out of that experience.

So you were still looking for partners at the time?

I was between contracts. The concept of partnership with Duracell… I like the product and I use it, so it’s authentic.

How does this tie into your childhood? It’s a major part of the new videos.

It goes back in time to spending time in the outdoors with my dad. The media attention started when we were on the wall, but I don’t think a lot of people understood how much work went into it over the years. They miss the fact that I was 25 when we started this thing. It feels like forever ago. Not many climbers spend that much time on a single project.

So now that you’ve accomplished this major life goal?

What does my next project look like? I need to travel the world to find it. My hope is that the Dawn Wall has some influence on my peers to look at capability and potential in that long-term viewpoint.

What kept you out there day after day?

From day one you have this vision of what it’s going to look like to do it one day. It’s pretty intoxicating. You know if you put in the time, you can make it possible. Just knowing you can bridge that gap, it’s motivating

There’s passion, and there’s stubbornness. After day one, in 2009, there’s no other outcome that I would have been happy with. Failure is always an option, but in your head you have to be all in.

Were you surprised by all the media attention this year?

How could anyone predict what happened there! We weren’t doing anything different than years prior. We weren’t succeeding when the story got picked up. John Branch at the NYT told the story in a way that told the human side of the endeavor.

All these accidents and the story told serially. Being on the front page of the NYT every day, that’s different, that’s crazy. I could have not predicted this would get the attention that it did. It has inspired millions of people. And what a cool outcome.

Up Next: Jugs To Slopers: Common Rock Climbing Holds, Explained