How much should government pay to update an outhouse like that in the photo below? People in northern Minnesota are calling “foul” on a recent proposal. 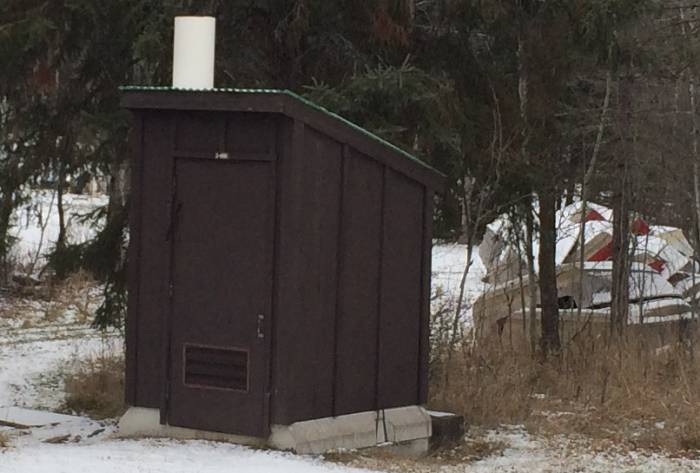 A rustic outhouse in Northern Minnesota is about to get a major upgrade to the tune of $300,000.

According to a report by the Minneapolis Star Tribune, the old-fashioned outhouse near a boat ramp in Crane Lake, Minn., will be removed and replaced with a modern john. It will connect with a new sewage treatment facility as part of a million-dollar expansion.

The pricy toilet was not requested by the state’s Department of Natural Resources, according to the report, even though it sits on DNR land. It will upgrade a pit outhouse and include flushable toilets.

Visitors to the lake cite stench from the current biff on site.

Rep. David Dill championed the cause, sliding through funding for the sewage line with a one-time appropriation of surplus taconite tax revenue. The distribution has been criticized by the Office of the Legislative Auditor because there’s no application process.

“Our communities love us because we can do this kind of thing,” Dill told the Star Tribune. “This is about water quality and protecting our water for future generations.”

Some residents are calling this foul spending that flushes tax dollars down the toilet.

“It’s a complete waste of tax dollars,” Brent Bystrom, whose parents live nearby, told TimberJay.com. “This process is being driven more by politics than what is good for the environment.”

The Star Tribune reported the $300,000 earmarked for the restroom comes from motorboat gas taxes, watercraft licenses and fines. We could think of better ways to spend this money for improving people’s experiences in the outdoors.