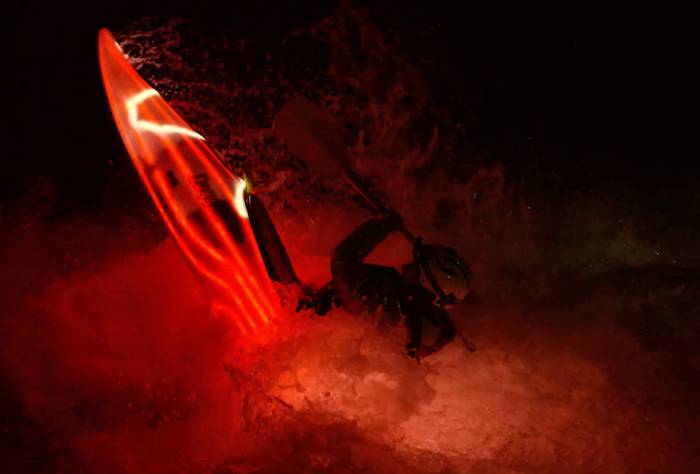 The Dagger RPM is an iconic river-running playboat. When it came out in 1996, it was considered the most revolutionary boat on the market and won competitions around the world. And although boat designs have advanced, it’s still a highly sought-after design.

And for a limited release, Dagger brings back both sizes of the RPM: the RPM and the RPM Max.

Editor’s note: For the sake of transparency, contributing editor Bryon Dorr is also a freelance social media manager for Dagger. 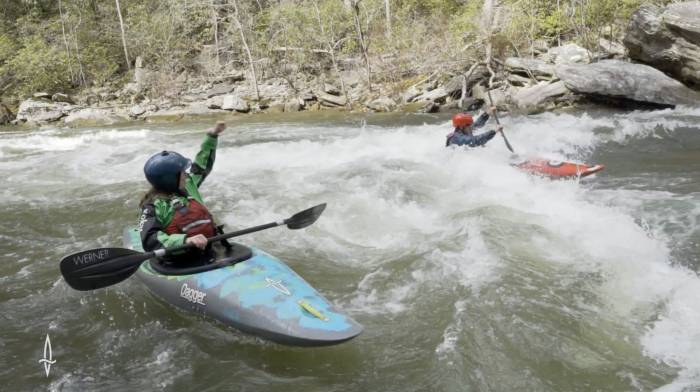 The RPM ($950) has a “flat stern for big squirts, solid stability in a forgiving and easy-to-roll displacement hull, and slicey ends for carving,” according to the brand. “It surfs, runs rivers, and plays the eddy lines.” And paddlers historically have agreed, making it one of the best-sellers in the genre. The RPM Max (also $950) is a larger version built for bigger paddlers.

Both will come with Dagger’s Contour Ergo Outfitting, which it did not historically include. It’s the first time the RPM comes with this this setup, arguably the most comfortable on the market. The shiny new outfitting should make the classic RPM not only extremely comfortable but also look more modern.

The North American market saw a small batch of about 150 RPM boats come out in 2013. But other than those few, the continent has not produced new RPMs since 2009. And the larger RPM MAX hasn’t been produced in North America since 2006.

Dagger will release only a limited number of RPMs and RPM Maxs during its 30th anniversary. Specifically the 100 RPM and 200 RPM Max.

Red Dawn will be extremely limited on the RPM and RPM Max. The color will also be available in limited quantities across most of Dagger’s kayak line. The other kayaks in the limited Red Dawn color will also include the molded-in 30th graphics and include a “Dagger Love Pak.”

The “Dagger Love Pak” limited-edition goody bag will include things like custom stickers, a frisbee, a Nalgene, a bottle opener, and, on the whitewater-specific models, a special Gerber River Shorty rescue knife. To be clear, the Love Pak does not come with the RPM or RPM Max – just the Red Dawn edition of Dagger’s other kayaks.

Slicey Kayaks Are Back!

The age of the long, slicey kayak has returned after its heyday ended back in the early 2000s. Every major whitewater kayak manufacturer has introduced a new slicey river-running kayak in the past year.

With the reintroduction of the RPM, Dagger hopes to not only capitalize on the return to stern squirts, splats, and general river-running tomfoolery, but also to celebrate being in business for 30 years.

For more information on how to get your hands on one of these new Dagger RPM models, or your favorite Dagger kayak in the limited-edition Red Dawn color, check out Dagger’s launch page. Get one quick, as I have the feeling these special kayaks won’t be around for long!

Up Next: So You Want to Be a Kayak Instructor?

Saving…
So You Want to Be a Kayak Instructor?
Nile Kayak Race: Watch Ugandan Pro Compete
×