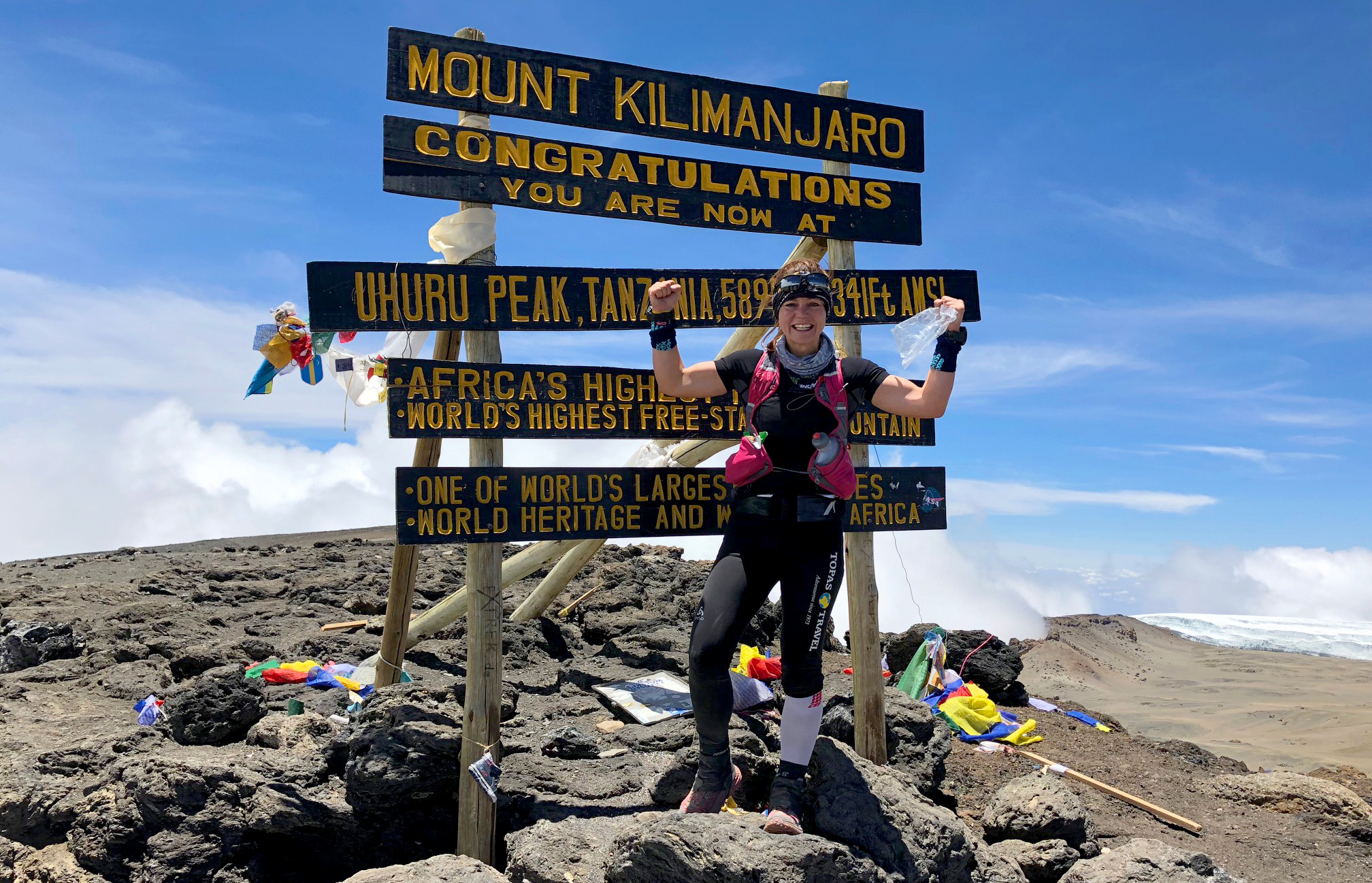 Madsen’s time beat the old record by Fernanda Maciel (7:08) by about 15 minutes. It was her first FKT attempt and first time up Kilimanjaro. 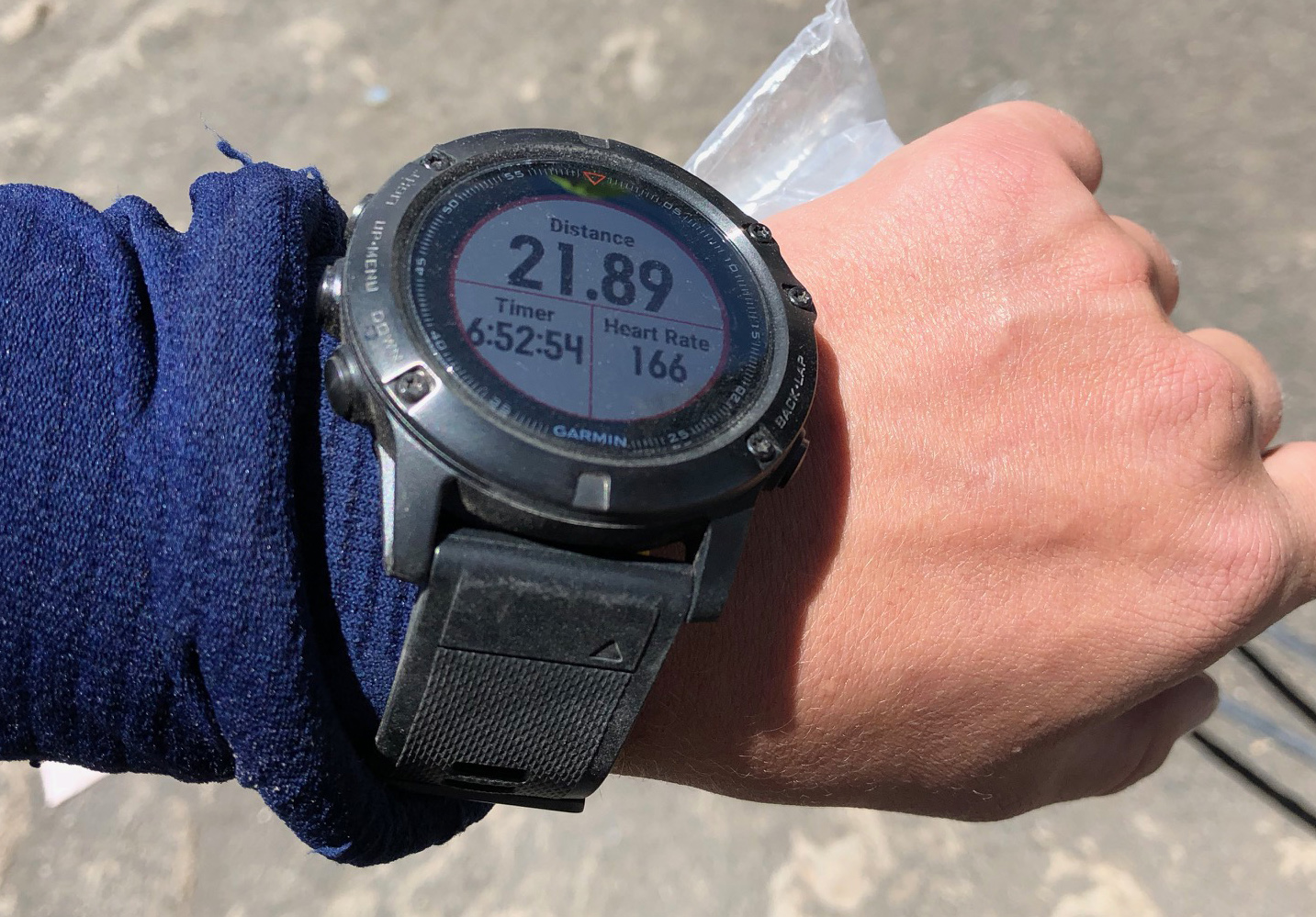 Madsen’s record was verified by the International Skyrunning Federation. She also provided SPOT and Garmin GPS tracks as well as video of her run for verification. 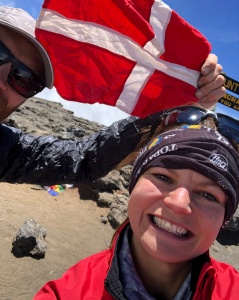 Madsen used the FKT attempt to raise funds for an organization called Zara Charity that runs projects among the Maasai people in Tanzania. She and fellow trekkers raised more than $1,000 to help construct classrooms, toilets, a dining hall, and a modern kitchen at a school in Ngorongoro.

We got in touch with Madsen to learn a little more about her record-setting run.

GearJunkie: Why did you choose Kilimanjaro?

Well, Josephine Dewett – who also made an attempt to break the record – wrote to me last year if I wanted to climb Kilimanjaro with her, but to do it a bit faster than a usual trek. I had a look on the internet to check out how fast you actually could do it, and I saw that the female world record at that time was a bit over 8 hours by Anne-Marie Flammersfeld. Later that year, Fernanda Maciel smashed that record down to 7:08, and I had to step up!

Had you climbed it before?

What did you do for preparation?

It is hard to be a mountain runner in Denmark. Our highest peak is 187 meters above sea level, so when I do hill reps I do a lot of them!

I have also done a lot of treadmill training with elevation and lots of hours on a stair machine, but mostly I enjoy to run outside. But to get the strength in my legs I needed to train alternative ways. I run about 80–110 km per week plus strength and other sports like biking, spinning, and boxing.

What other big FKTs have you done or tried in the past?

I have never done an FKT before.

What kind of shoes did you wear?

Hoka One One Speedgoat.

What gear did you carry?

I had an UltrAspire vest with water and energy and had more water and energy on different spots on the mountain to pick up. I also had my poles with me all the time. At 4,700 meters I put on more clothes as I got more cold.

Did you have any aid?

We started two Danish women from Mweka Gate, and a Danish guide from Topas Travel, Simon Grimstrup, followed me almost to the top. During the way up, different guys from Tanzania tried to follow me.

What’s next for you?

I’m participating in the 220-km stage race, The Lost Island on Fiji, in April. In May I’m representing Denmark in the World Trail Championship in Spain and hopefully also the Long Distance Mountain Championship in Poland. It is a big thing for me to represent my country. Later this year we have the national trail championship, and at the end of the year I’m going for a win in Beyond the Ultimates Desert Ultra.

Up Next: Friendship App ‘GirlCrew’ Unites Women in Adventure