Pro runner and uber-dad Calum Neff crushed a world record this year. We asked the stroller-pushing father how it was done. 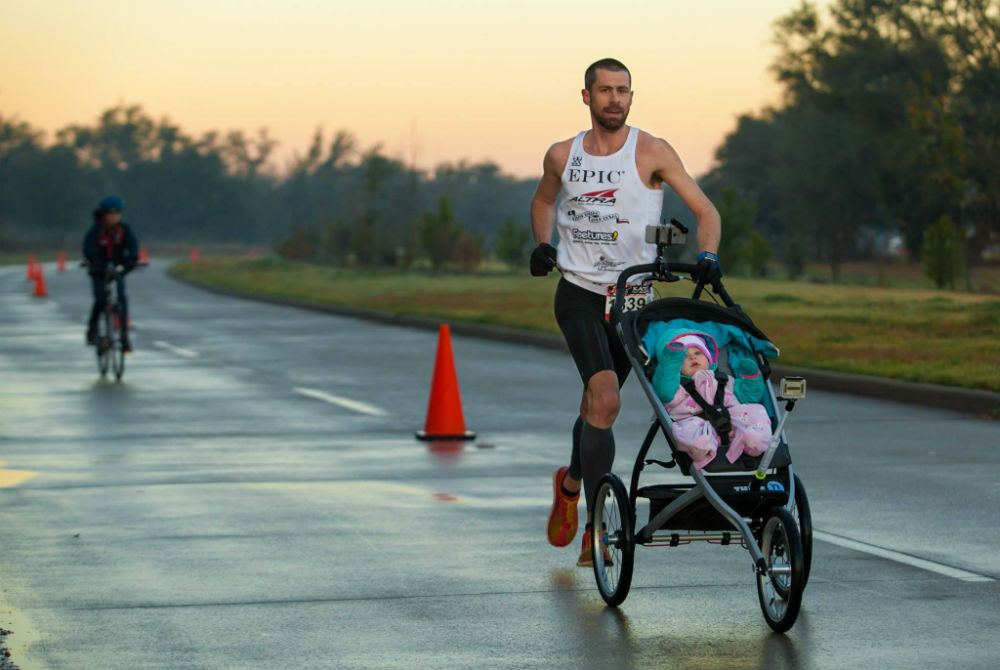 In February, 11-month-old Holly Neff “won” a half-marathon. She was first across the finish line at the Katy Half Marathon in Texas, setting a Guinness World Record time without lifting a leg.

Her dad, Calum Neff, age 31, ran the race and pushed young Holly along in a record time of 1 hour 11 minutes 27 seconds.

His blistering 5:27-per-mile pace is plenty impressive even before factoring in a 20-pound child and a 22-pound stroller pushed for 13.1 miles on the course.

Neff relied on no special gear. “Guinness rules stated the stroller had to be a commercially-available stock stroller with no modifications,” he told us. “We used the Thule Glide straight out of the box.”

According to Neff, who runs professionally, the Thule model is as good as it gets. “Compared to other strollers I’ve used, the Glide is the best as it maintains a straight course and speed with no wobbles.”

Have aspirations of becoming a running dad? “It’s not as hard as it looks,” Neff assured. “Once your child has a strong neck and good head control, usually around six to nine months old, you can start getting out with them.”

Neff said to pick a flat, smooth route and run on days that are not too windy “and you won’t find it too much different than running without the stroller.”

That doesn’t mean skimp on the stroller, however. Neff stresses picking a buggy that has adjustable handles, doesn’t wobble at speed, and, above all, has a solid safety harness with straps that aren’t sewn straight into the seat. 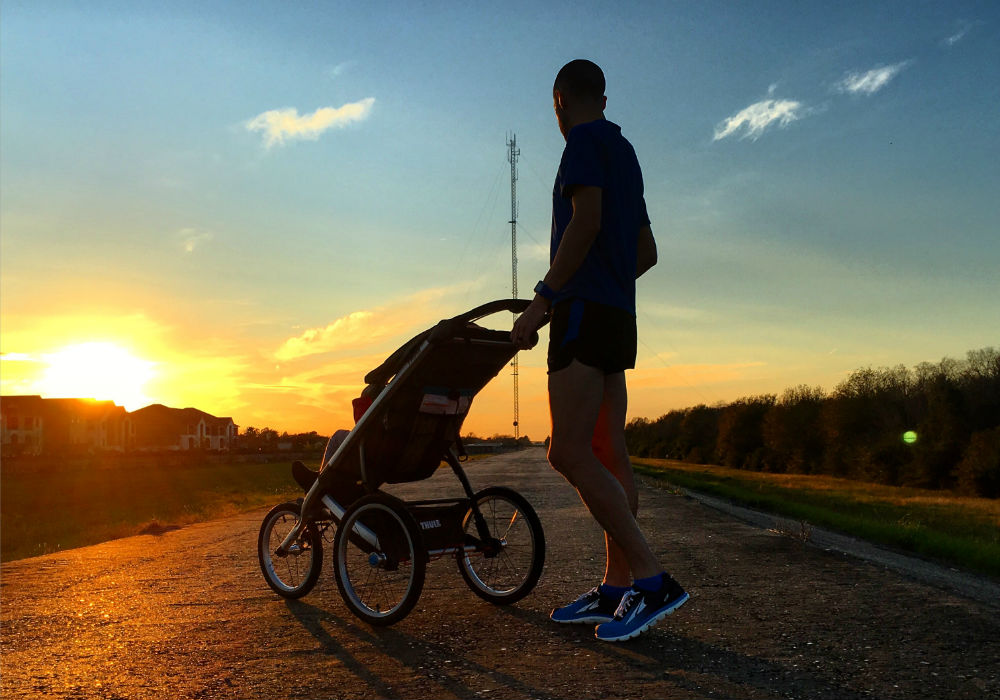 He recommends buying a used stroller to start to see if you like it without spending $300 or more on a new model. His first running stroller came from an annual REI sale for $160.

“There were a couple of [strollers] there that had been used once but returned due to having a drift,” he said. “What most people don’t know is there is a fine adjustment to straighten the front wheel on strollers that have the option to lock the swivel wheel,” reducing drift and making errant strollers run true.

Rugged Indie Twin is 'Luxury SUV' of a Stroller

Made with high-end components and unique fabrics to block sun and regulate temperature for kid passengers inside, the Indie Twin is a "luxury SUV" of a stroller. Read more…

Once you’re ready for a new rig, Neff suggests saving up. Your budget for a top-end running stroller could be up to $450 for a single-kid model.

Beyond Thule, running-stroller brand B.O.B. Gear has products we have long trusted. Many manufacturers, from Schwinn to Kelty to Graco, sell (or have offered) jogging strollers; a quick search reveals dozens of options, from about $200 up. 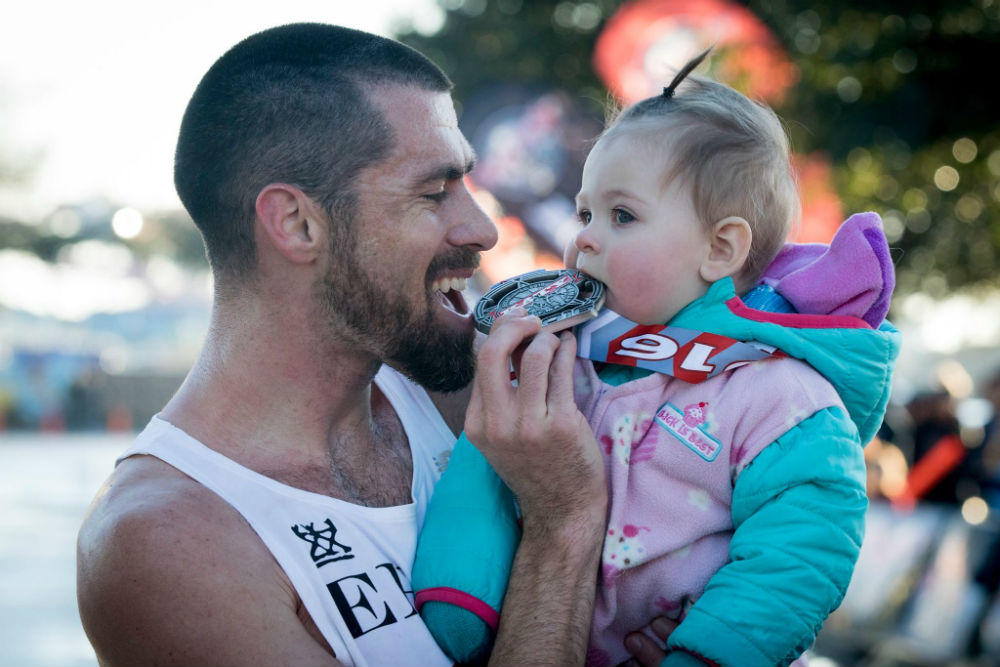 Above all, Neff affirms that running with your kid should be a fun, engaging time between the two of you.

“It’s a great time to be one-on-one with your kid, add a stop like the park – bonus if they fall asleep,” he said. “My favorite trick is to run past the stroller when we get some open road. The face on my kid is priceless!”

Up Next: Going For Record, Couple ‘Crews’ Runner Across USA