In partnership with the AVEX #ItTakesADrop project, GearJunkie presents an article series on people and brands leading the way to preserve our most precious resource: water.

Paddle the river, drink the beer. It’s a tradition every summer — we raft, swim, soak, and then drink — in beer form! — the namesake of the rushing water of Oregon’s Deschutes River. 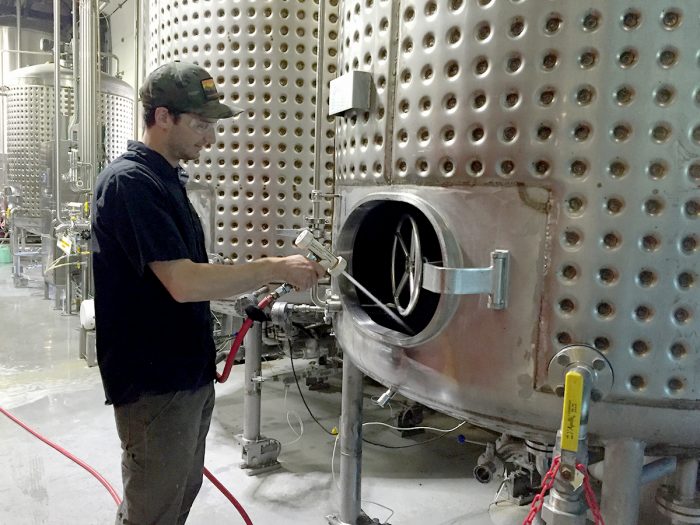 Ask anyone in the Pacific Northwest what the word Deschutes means and you’ll get two answers: “beer” and “river.” Both are right. Just like their name, the river and brewery share a fundamental and delicate relationship, one that costs millions of dollars (and millions of gallons of water) to maintain.

Oregon’s Deschutes River was chosen in 1988 to be the namesake of what has become one of the nation’s largest craft breweries. Though the brewery does not use the river’s water specifically in its suds, it has developed a number of initiatives to preserve the picturesque waterway.

As fans of Deschutes beer, we had the opportunity to visit the facility last month — and the river that makes it all possible. We wanted to see how Deschutes Brewery operates and how the company is stepping up its work for conservation. 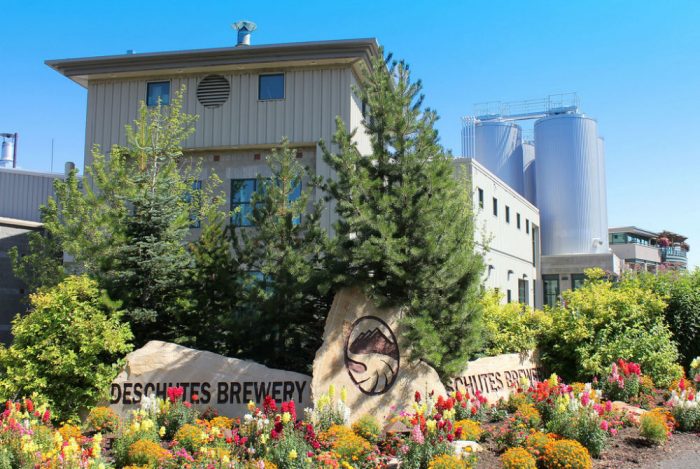 Founded on a motto of “do your best and next time do it better,” the company has always worked hard to support the community in which it started.

Through a variety of programs, including buying renewable energy, Deschutes gave nearly $1 million in cash and in-kind donations to environmental, educational, youth, and arts non-profits last year. (In 2015, the company was voted a “best place to work” by Outside Magazine.)

As it turns out, it takes a lot of water to make a little beer. Just how much?  Some craft breweries use up to 12 gallons of water per 1 gallon of beer made, Deschutes said. With mass-production breweries, the use can be even more.

There is water waste in the brewing process. But Deschutes’ has decreased its average usage to 4.1:1 gallons of water to beer. And it is pushing hard to get that ratio even lower.

Touring the bowels of the brewery, I learned the process of just how Deschutes saves that water. Every drop of water gets re-purposed again and again. Waste-water gets re-filtered, collected condensation is used to wash a tank, the list goes on — it’s crazy.

The brewery saves energy by piping the boiling hops water from one vat over to the next vat that’s preparing to heat up. The heat from the vat that is cooling gets “recycled.”

My head was soon spinning with the complexity of it all, and I hadn’t even visited the tap room yet.

Keeping Clean Water In The River

In addition to conserving water during production, Deschutes Brewery partnered with the Deschutes River Conservancy to save 1 billion gallons of the river’s water each year.

One billion gallons (say it like Dr. Evil in Austin Powers). That is over 14 times Deschutes Brewery’s total yearly water usage, including beer, brewpubs, bottling, and grain/hops growing combined.

The brewery leases water rights that are not being used, directing the water back into the river. Water rights, like budgets, are a “use it or lose it” scheme; people that use less than their legal allotment are in danger of losing their rights or having them reduced. Deschutes steps in, leases those rights, and puts that water back into the river.

–Contributing editor Jason Magness is based in Bend, Ore. This article is brought to you by AVEX, makers of reusable, performance travel bottles. Learn more about AVEX products and the company’s #ItTakesADrop campaign.