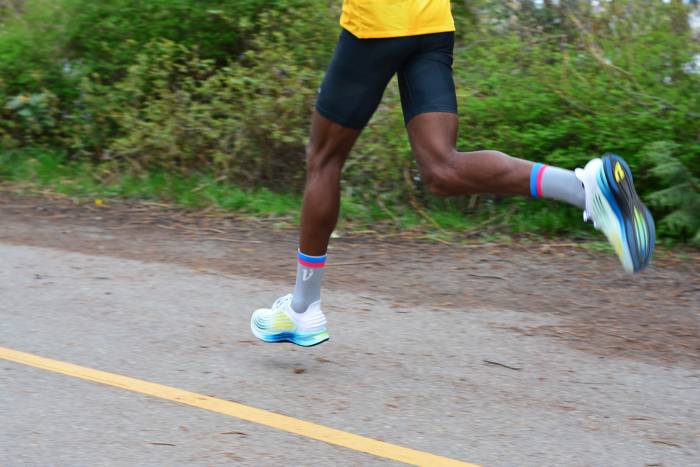 Shoes at your speed: Vimazi unveils a line of running shoes it claims match runners with a shoe customized to their pace.

Coming out of the gate strong, startup brand Vimazi developed a “pace-tuned” running shoe backed by research that helps maximize runners’ performance at different pace ranges. The brand officially premiered at this year’s convening of The Running Event (TRE).

The brand’s founders and marathon runners Scott Tucker and John Zilly based the brand around the idea that “running shoes tuned by pace would be much more efficient because vastly different forces are generated at different paces.”

Pace-Tuned Running Shoe: How It Works

It starts with the heel drop. The drop specifically affects how a runner’s foot strikes the ground. Running shoes with a 0mm heel drop offer an equal amount of cushioning under the heels and toes.

The most standard heel drop for running shoes is about 10 mm, which offers a lot of cushion in the heel, according to REI’s running shoe guide.

Vimazi created the heel drops for its Z-series shoes to match the pace range, providing greater cushioning for slower paces and a smaller heel drop for faster pace ranges.

The faster models, including the Z20 and Z30, offer a minimal heel drop of 4mm. Meanwhile, its mid-range pacing shoes, the Z40 and Z50, have a 5mm drop.

And the long-distance marathon pacing shoes offer the most cushioning with a 6mm heel drop.

Heel stack is not the same as heel drop, but it is equally important. The heel stack is the amount of material between the runner’s bare foot and the ground, without pressure. Heel stacks range from maximum cushion to nearly barefoot.

Vimazi adjusts the heel stack based on pace.

Vimazi developed proprietary cushioning tech to tune the heel, midfoot, and forefoot of each running shoe model by pace.

According to the brand, “running forces differ by pace and, importantly, between heel and forefoot.”

Vimazi’s initial launch has six shoe models, each “tuned” to a range of running times — from world-class 4:30-minute mile, up to a more leisurely 12:30 mile.

In theory, Vimazi has a pacing shoe for nearly everyone.

The Z20 is engineered for the fastest elite and sub-elite runners. For this range, Vimazi says that it is optimized for agility, speed, and max energy efficiency to maximize performance.

Vimazi states that its Z30 is specifically tuned and designed for elite and sub-elite distance runners. This model also claims to optimize agility, speed, and max energy efficiency at pace.

The Vimazi Z40 specifies use for runners who run between 6:15-7:45 minutes per mile and is optimized for quickness and max energy efficiency at pace. This model says to offer a slightly wider platform for enhanced stability at speed. 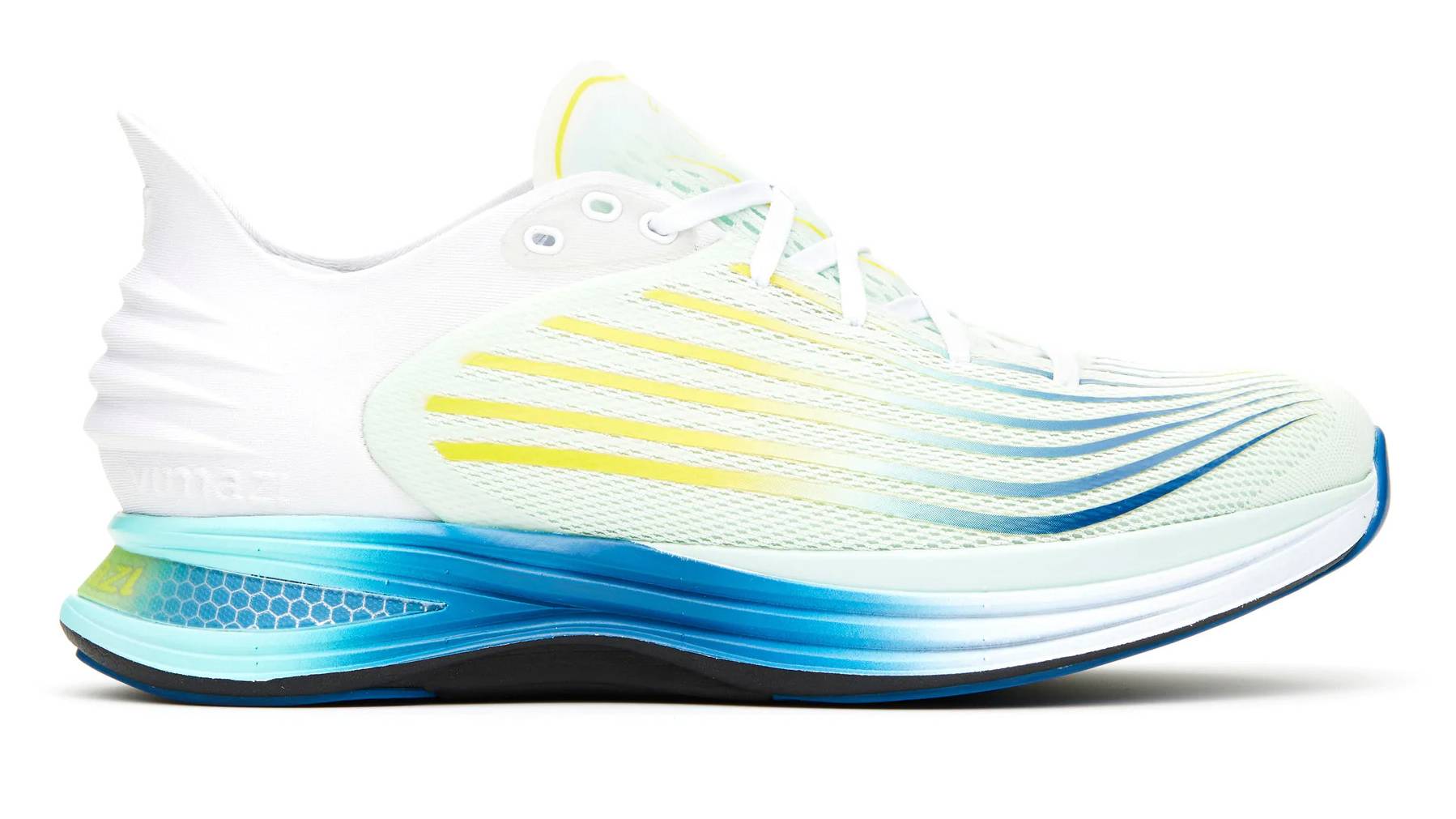 Who they’re for: The Vimazi Z40 is designed for slender to average-weight runners who run 10Ks between 38:50-48:00 or marathons in the 2:45-3:24 range. This model also states that it is best for fast long runs, tempo runs, intervals and fartleks, and racing.

Vimazi states the Z50 has a wider platform for enhanced stability and is optimized for quickness and maximum energy efficiency. This model is specifically aligned for those running between 7:15 and 8:45 minutes per mile. 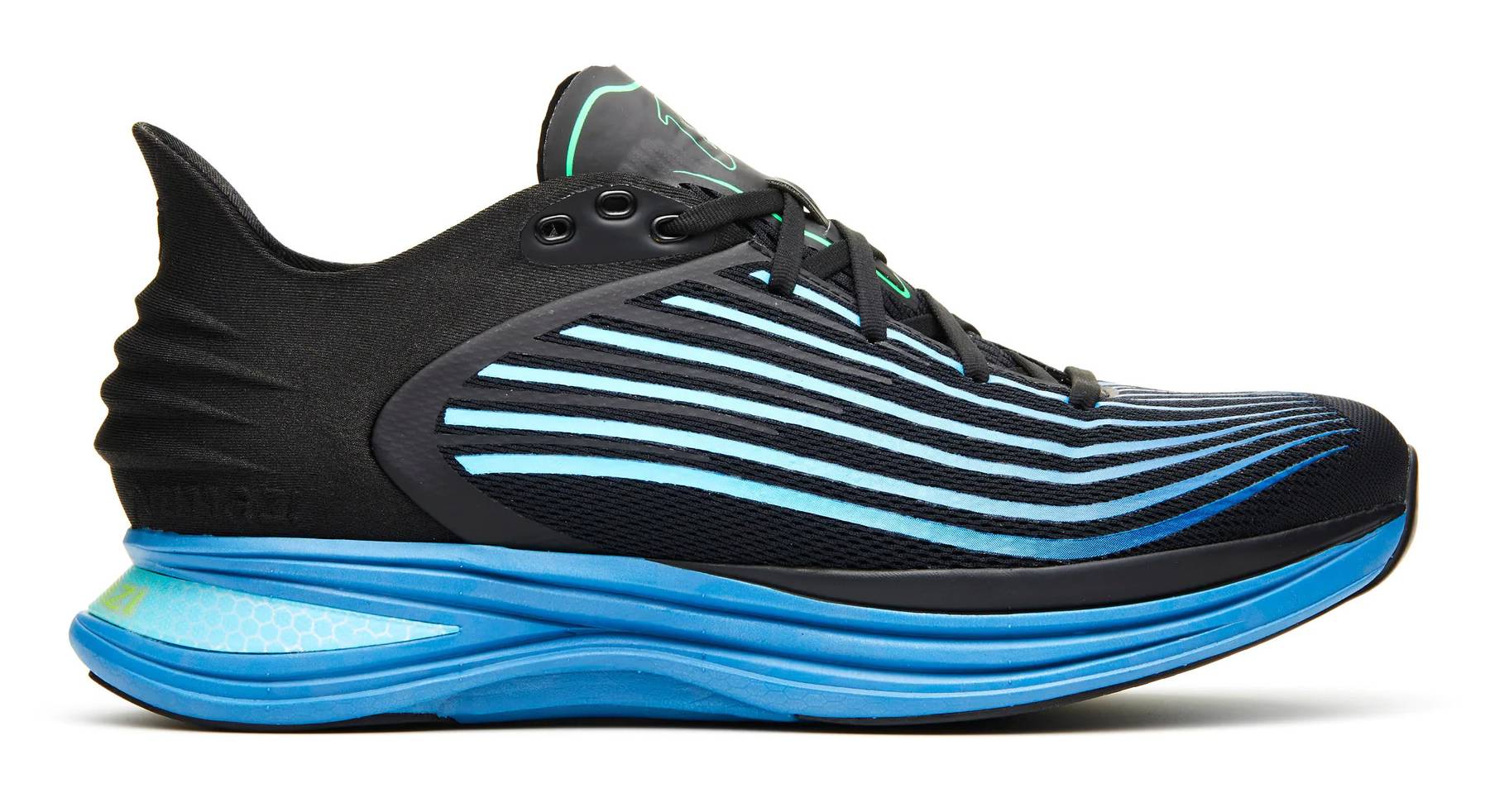 For those running between 8:30-10:30 minutes per mile, then Vimazi recommends the Z60. Vimazi claims it is optimized for maximum energy efficiency and stable quickness at pace. Similar to the Z50, it has a wider platform that’s said to enhance stability and roll prevention. 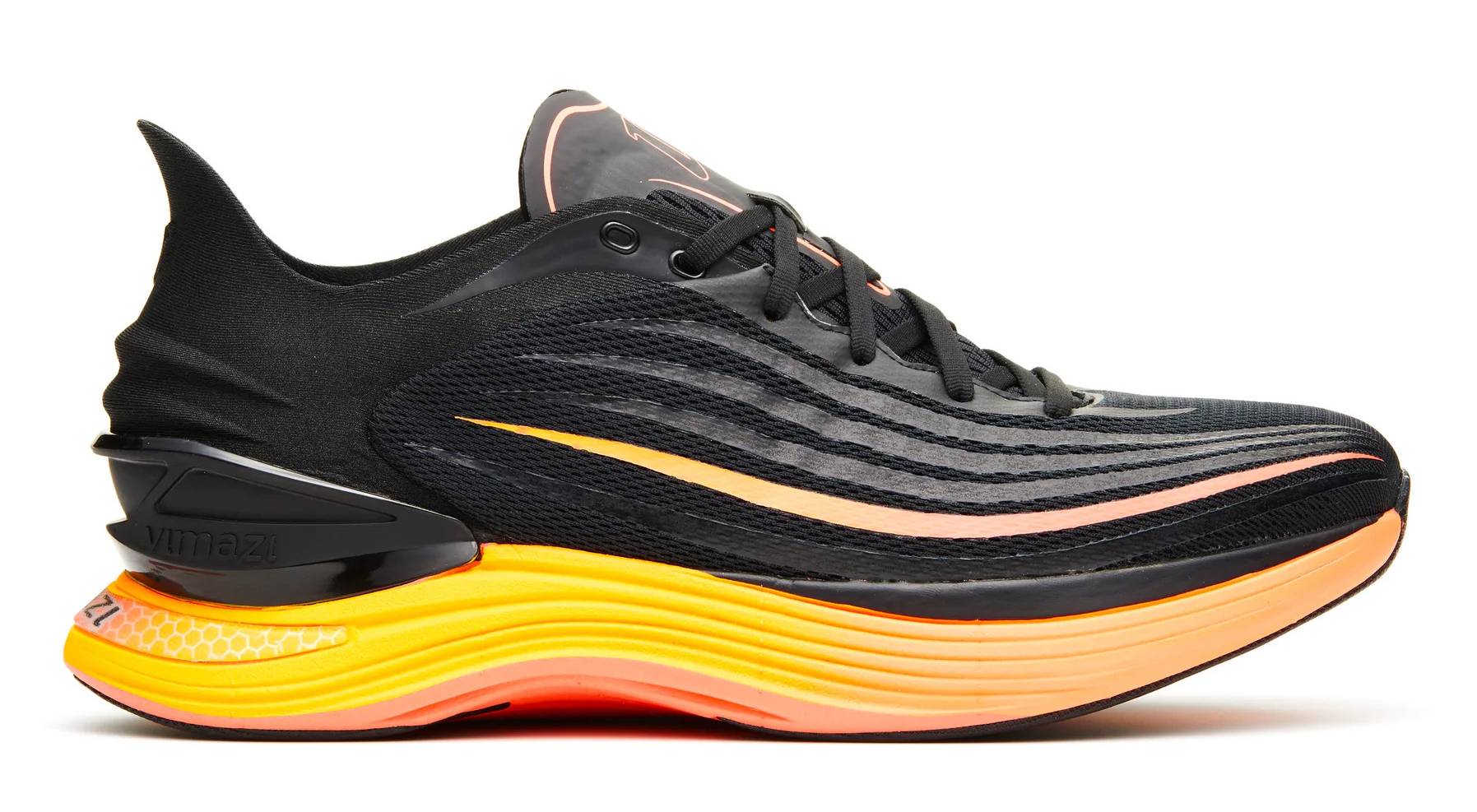 For runners between the 10-12:30-minute range per mile, Vimazi recommends the Z70. This model states that it’s for maximum energy efficiency at pace and also features a wider platform for enhanced stability and roll prevention, much like the Z60 and Z50. 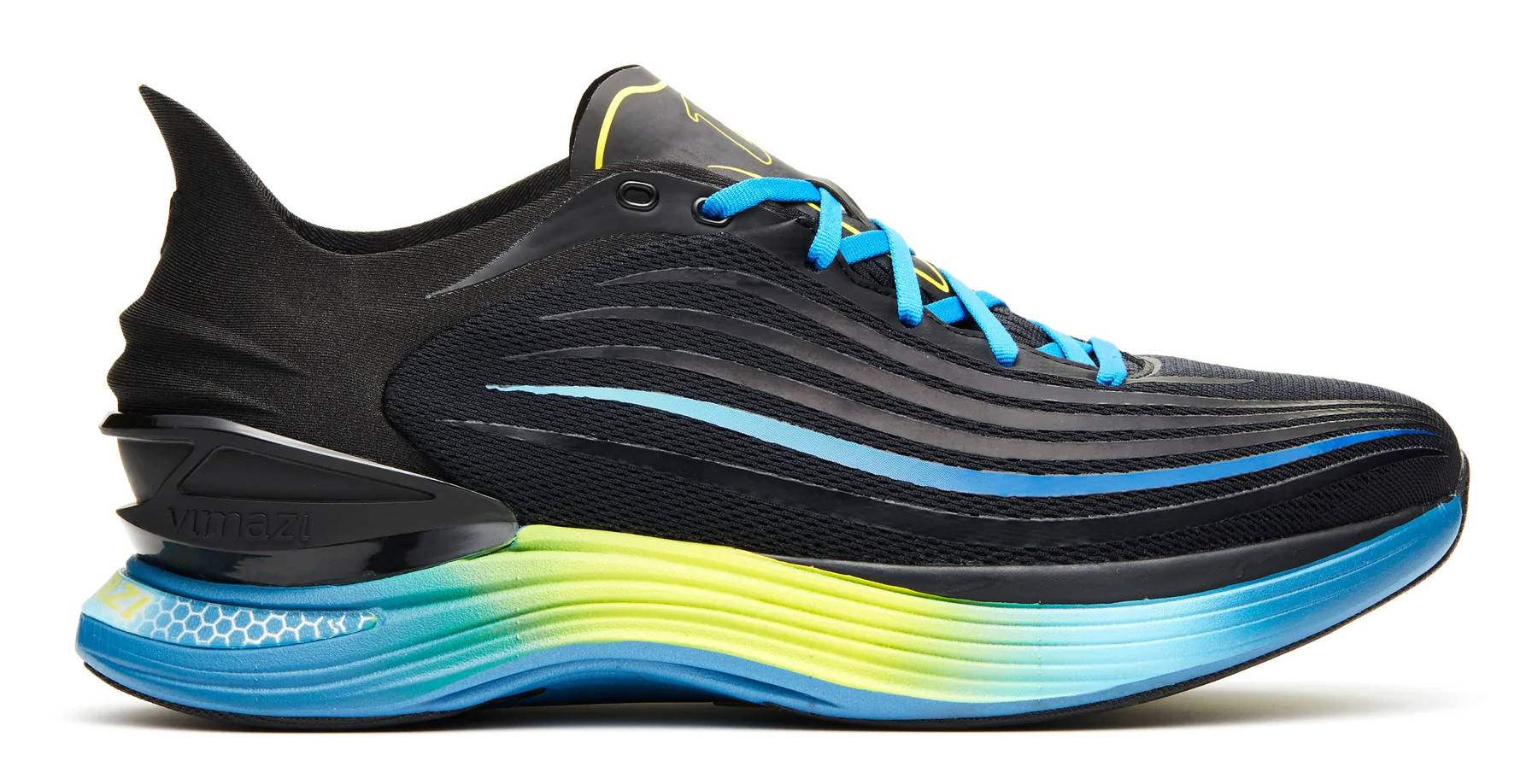 Vimazi’s shoes are not yet available, but you can add yourself to its email waiting list if you want to get your hands on a pair later.

Vimazi predicts the Z-series shoes will be available in January 2023. 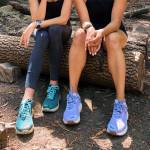