CRKT launched the Pilar Large for 2019. We put the new CRKT Pilar Large to the test for this review.

Remember the Pilar? Back in 2017, this new model from Danish designer Jesper Voxnaes was the talk of the pocket knife community. GearJunkie even called it one of the best knives of 2018.

After several iterations of the modern classic, CRKT has decided to up the ante with the release of the Pilar Large ($40). I spent several weeks with a test model in an effort to determine whether bigger truly is better. 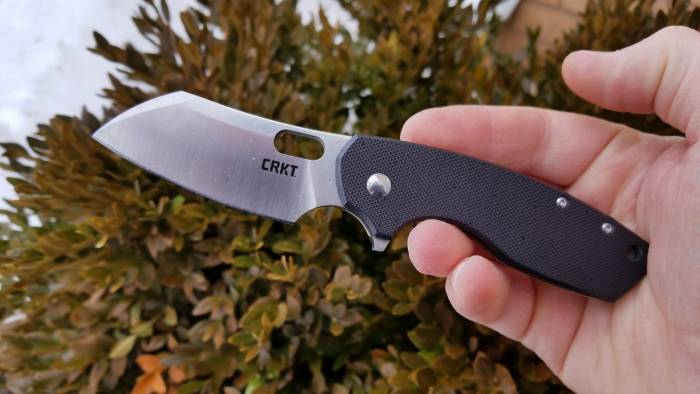 So, just how much larger is this new Pilar? Overall, we’re looking at a length of 6.625 inches. That’s up about three-quarters of an inch from the 5.9-inch original, most of which comes in the handle. Blade length increases by a quarter-inch to 2.625, with the thickness standing pat at 0.15 inches. 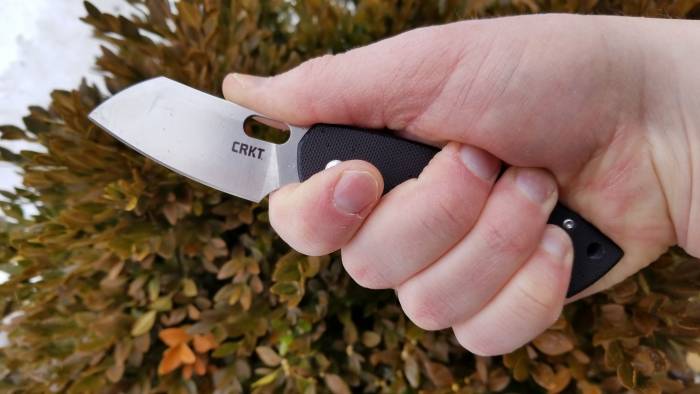 The added handle space does wonders for the ergonomics. With 1 inch apiece for each of my four fingers, the Pilar Large fits solidly in the hand. The generous finger choil provides additional real estate, allowing for a multitude of grips.

I’m also a big fan of the black G-10 scale. I’ve never liked the slickness of all-steel framelocks, and the textured siding here boosts the Large’s credentials as a working knife.

Meet the CRKT SiWi, a tactical fixed blade designed in collaboration with a military veteran. And while it has tactical roots, the SiWi offers versatility for various camp and bushcraft chores. Read more…

Size aside, the addition of a flipper tab is the most noticeable upgrade. Running on Teflon washers (we’ll come back to this later), my tester’s flipping action out of the box was functional, if uninspiring. The addition of some oil and a pivot tune produced a snappy deployment but brought another nitpick to the fore. Like I said, we’ll come back to it. 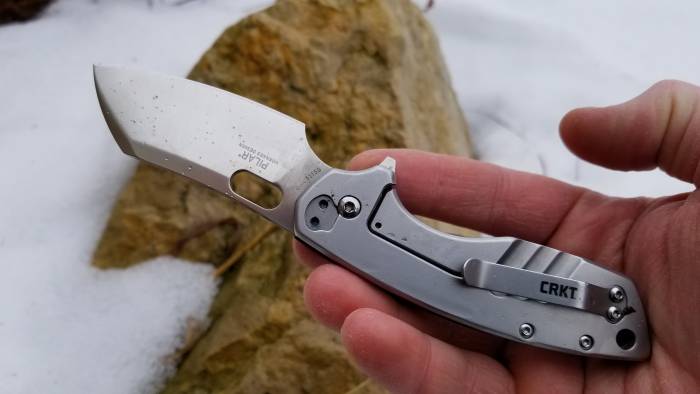 A good flipper requires a good detent. Thankfully, CRKT seems to have tuned this tester fairly well. One-handed closure takes a bit of practice, as the detent seems to be located rather early on in the blade’s closure path. Still, I’m pleasantly surprised with the functional aspects of the Pilar’s action.

Unfortunately, CRKT did a bit of falling behind by standing still. The blade steel on the Pilar Large is the same as the original, 8Cr13MoV. That being said, there is a D2 version available ($50), boasting a black-coated blade and an extra $10 in the price tag.

I won’t fault the brand too much here because the upgraded steel is available. But we already know CRKT can make the smaller model in both 12C27 and S35VN, and it’d be nice to see that here.

Then there are the washers. CRKT stuck with Teflon here, and that’s a disappointment. This design is crying out for phosphor bronze. The aesthetic and functional difference would be minor, but it feels like a cut corner on an otherwise excellent revision.

Thinking back over my time with the original Pilar, I don’t think it clicked with me the way the Large model has. At the time, I wrote that it excelled at “short, powerful cuts.” But, the added length on the new model has stretched the usefulness of this design. I’ve been able to tackle tasks with the Large that I wouldn’t have been comfortable with on the original.

Speaking of comfort, this model seems to carry better than its predecessor. That’s because, despite its added size, the swap from full metal to G-10 has resulted in a weight loss of nearly three-quarters of an ounce, at 3.52 ounces total. Like a powerlifter switching from low reps to extended sets, the Pilar Large has added size and capability while leaning itself out.

Still, there are some nitpicks here. My tester was a little rough around the edges — in the most literal sense of the expression. The thumb hole, flipper tab, and blade spine could use a bit of smoothing.

Blade centering, too, proved to be a riddle. It was perfect out of the box, but somewhere between my disassembly and cleaning, the blade migrated heavily toward the clip side. Does this affect its daily use? No, not in the least. But no amount of playing with the pivot could correct this issue. 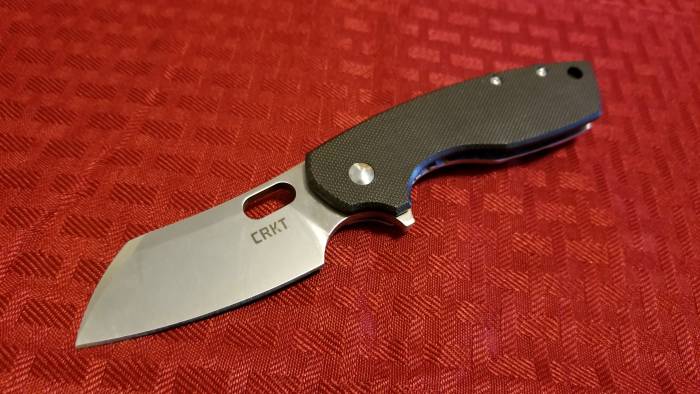 At the outset of this test, I intended to carry the Large for maybe a week. The days drug on, one week turned into two, and finally rolled into three. After the better part of a month, I’ve reached the same conclusion I did with the original: This is an excellent EDC design with an almost-great assembly.

Jesper Voxnaes’ beautiful blade shape is perfectly suited for opening boxes, parting cord, and even precision cutting. It’s also a better-than-expected food slicer given the broad-shouldered nature of its blade.

It all comes down to one question: Would I carry the Pilar Large or Standard? For me, it’s the Large by a mile. It carries, deploys, and works like a champ. While I’d love to see a bit more refinement in the materials and manufacturing, I don’t feel like I’m being ripped off at $40.

However, that may be my fondness for the design coming through. If you’re not a fan of this sort of utilitarian style, there are flashier options available for less. But those seeking an ergonomic, capable cutter should find this latest CRKT to be a pillar of their collection.

Want to learn more about knives? Check this out:

Up Next: The Cutting Edge: SOG Moves Toward the Higher End