Meet the CRKT SiWi, a tactical fixed blade designed in collaboration with a military veteran. 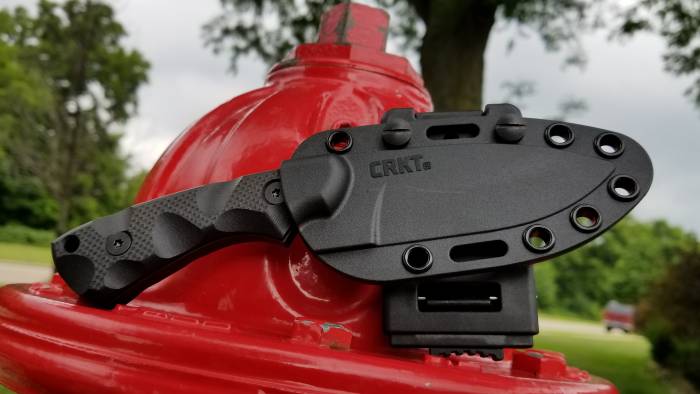 When it comes to budget blades, words like “tactical” and “survival” get thrown around almost as often as “knife.” Rarely do a tool’s credentials live up to this sort of hype. But here to break the mold is the CRKT SiWi, a small fixed blade representing the combined efforts of a renowned designer and a real-life Special Forces operative. 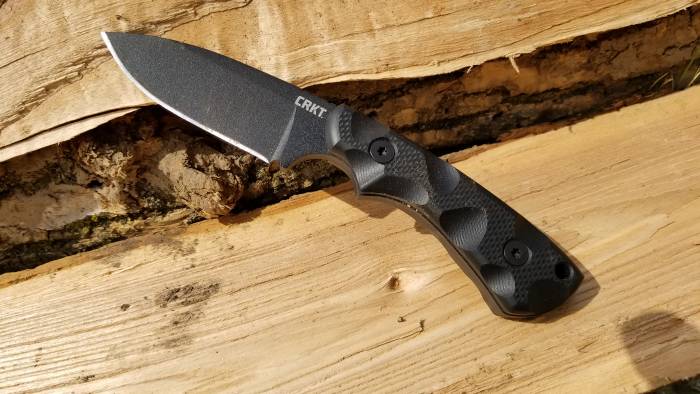 When CRKT offered to send over a review model, I leapt at the chance to test its military muscle against the great outdoors. Here’s my look at this “compact powerhouse,” including a comparison to the ESEE Izula-II.

In short: Its ergonomic handle benefits the SiWi’s use as much as the brand’s housing program aids veterans. During this review, the SiWi stood up well to firewood but required frequent stropping.

From tip to tang, the SiWi measures 7.44 inches. The blade accounts for 3.4 of these, 3 of which are sharpened. The knife is composed of Taiwanese SK5 carbon steel, sporting a black powder coat and G10 handle scales. This fixed blade costs $99 through CRKT, $63 through BladeHQ, and $52 on Amazon.

Knife expert Chris Williams and Darrin Sirois, a retired sergeant major, designed the SiWi with a simple mission statement: “Make it last.” This accounts for its feeling of solidity, with 0.2-inch blade stock and a handle thickness of 0.72 inches. All this girth translates into a naked weight of 5.6 ounces when free of its glass-filled nylon sheath and Tek-Lok attachment. 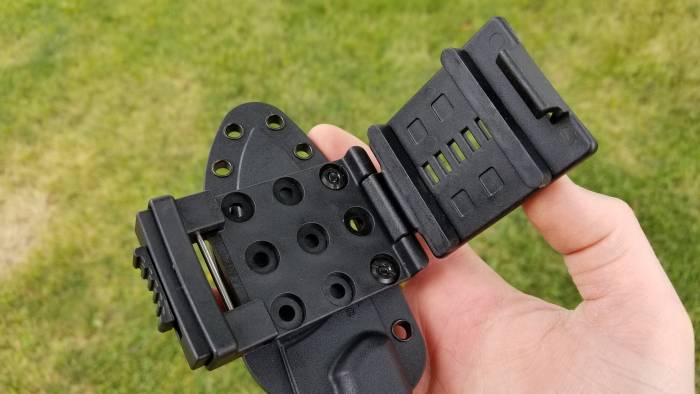 Let’s tackle the camo-print elephant in the room. Look — I’m not a tactical sort of guy. The most aggressive things I cut are hardwood and spicy peppers. As such, there are a few aspects of the SiWi’s personality that don’t quite jive with my daily use case. The black-on-black aesthetic, for one, doesn’t make my heart sing. 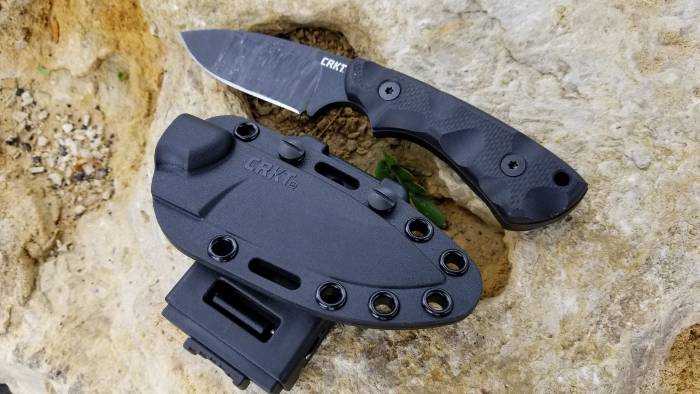 But you know what does warm my heart? Veterans’ outreach efforts, such as CRKT’s Forged By War program. Per the company’s website, this group works with returning combat veterans who have “varying degrees of post-traumatic stress (PTS).”

These soldiers are offered the chance to design tools based on their battlefield experience, “with 10 percent of the CRKT net profits of the program donated to the veterans’ charity of choice.”

In the case of the SiWi, Sergeant Major Sirois has chosen Purple Heart Homes, which, according to its website, provides “housing for Service Connected Disabled Veterans that is substantial in function, design, and quality fit.”

Here’s where the SiWi surprised me. With its thick steel and blade coating, I expected a rather average performance against firewood. And yet, after a few short passes, I was able to come away with shavings, as shown below. 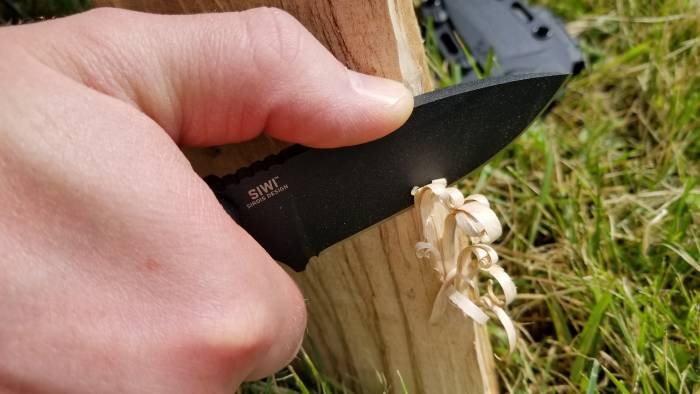 Impressive, right? The SiWi’s tall edge bevel helps it filet wood with an almost scandi-like efficiency despite its thick stock. This is one of the best feather-sticking blades I’ve come across, with a nice balance of control and comfort in the hand.

Thanks to its thick handle and generous finger choil, the ergonomics on this knife can be summed up in one word: SiWeet! I especially like the tank-tread jimping just above the company logo.

Let’s see, what else do knife testers like to do with thick blades? Ah, batoning! The SiWi proved more than up to the task, even with just 3 inches of edge. The wide spine provides an easy target for the baton, with no fear of breaking off the sturdy tip. 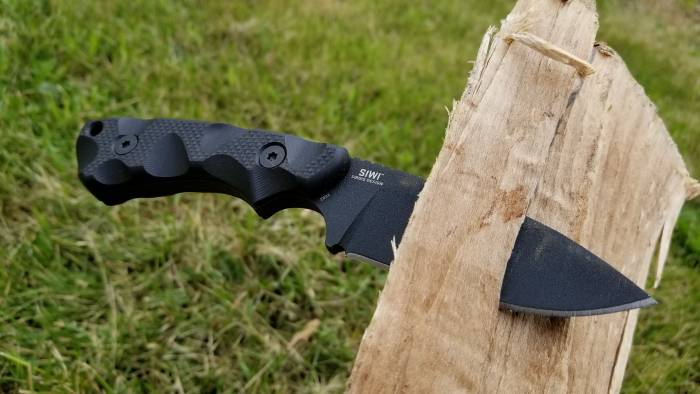 Three caveats here. First, after a relatively short period of time, I noticed the coating beginning to wear away along the top of the saber grind to the left of the “CRKT” branding. But that’s not a big deal, especially on a blade in this price range.

Second, the edge was unable to slice paper after about 15 minutes of woodworking. It was still going strong against timber, but it lost whatever ability it had as a fine slicer. This was easily remedied by a couple passes on my strop, which brought it back up to hair-popping sharp.

Last quibble: When it comes to kitchen work, this CRKT — well — it CRKan’t. At 0.2 inches, the blade is simply too wide for precision slicing. I understand that this isn’t what the brand designed the knife for, but it’s important to consider.

Moment of Truth: CRKT or ESEE?

ESEE’s popular Izula-II (2.88-inch blade, 6.75 inches overall) is a natural point of comparison for the SiWi. Both are black-coated, carbon steel knives built for damage duty. But, in some ways, CRKT has put together a more compelling value package. For about 70 percent of the ESEE’S cost — $75 on Blade HQ compared to $52 (on Amazon) for the CRKT — you get a longer, thicker blade with a noticeably taller edge.

Still, the SiWi is coming from a more tactical bent than the Izula-II. Both are eminently capable bushcrafters, though the ESEE gets the nod as the better all-around slicer. Neither will strike a fire steel, true, but they’ll provide plenty of kindling and tinder. 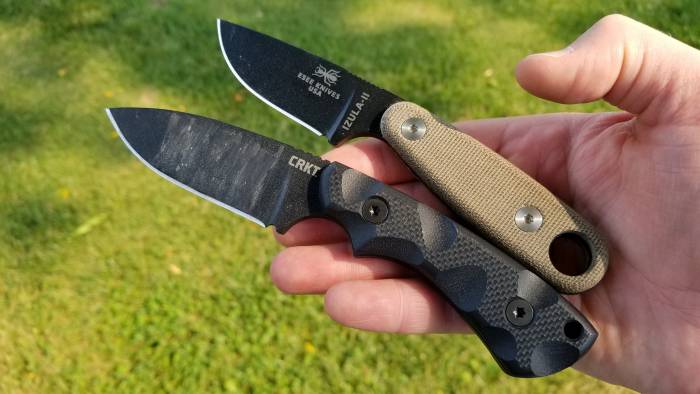 Material-wise, I suspect that the SK5 steel used in the SiWi is a bit softer than ESEE’s 1095. This is really something of a wash because you can strop both of these blades back to life in short order.

I do prefer the lower-profile sheath on the ESEE. Sure, the CRKT’s Tek-Lok is more robust, but the Izula’s clip system fits more easily on my hiking pack. The ESEE also gets a slight nod in blade retention, though this could be a function of the SiWi’s heavier weight.

The CRKT SiWi is a good knife for a targeted purpose. If you’re looking for a small, high-carbon fixed blade for heavy field use, and the Izula is too pricey or small for your hand, then the SiWi might just hit the sweet spot. I’d really love to see CRKT offer a version with narrower blade stock (a SiWi Slim, if you will), or perhaps some more vibrant color options.

But for now, this is an excellent knife at an attractive price, with the strength of a great cause behind it.

Up Next: ‘Made of Mettle’: The History of Leatherman

Saving…
‘Made of Mettle’: The History of Leatherman
My Favorite Knife Right Now? The ESEE Camp-Lore JG3
×