Rounding out Leatherman’s revolutionary FREE Series of magnetic multitools, the K-Series offers a new spin on the trusty pocket knife.

Leatherman made waves this year when it unveiled the FREE Series — magnetic waves, that is. By adding magnets into the tool’s architecture, Leatherman engineers introduced one-handed operation into the pliers-based multi.

It proved a hit. In our testing, we found the P2 made a good tool even better. And this month, the brand introduced the last of its inaugural FREE Series tools: the K-Series.

With a 3.3-inch 420HC steel blade as its centerpiece, the K-Series comprises four different tools: the K2, K2x, K4, and K4x. The K2 sports seven auxiliary tools while the K4 has eight. And the “x” denotes a combo serrated blade.

We unboxed a K4 for this first look. You can also take a look at the video review below to see all the features in action.

In short: While less flashy than the pliers-based P Series, the K4 also seems to benefit from the FREE line’s tech. With practice, users can flip the blade open one-handed. And perhaps more importantly, the magnets make accessing all the K4’s accessory tools easier.

Let’s start with obvious: the blade. The 420HC is pretty standard and helps keeps the K4’s cost under $100. It’s not a terribly hard steel, so it won’t hold an edge as well as higher-end steels. But it’s easier to sharpen and generally pretty tough. So it’s a good choice for the money. 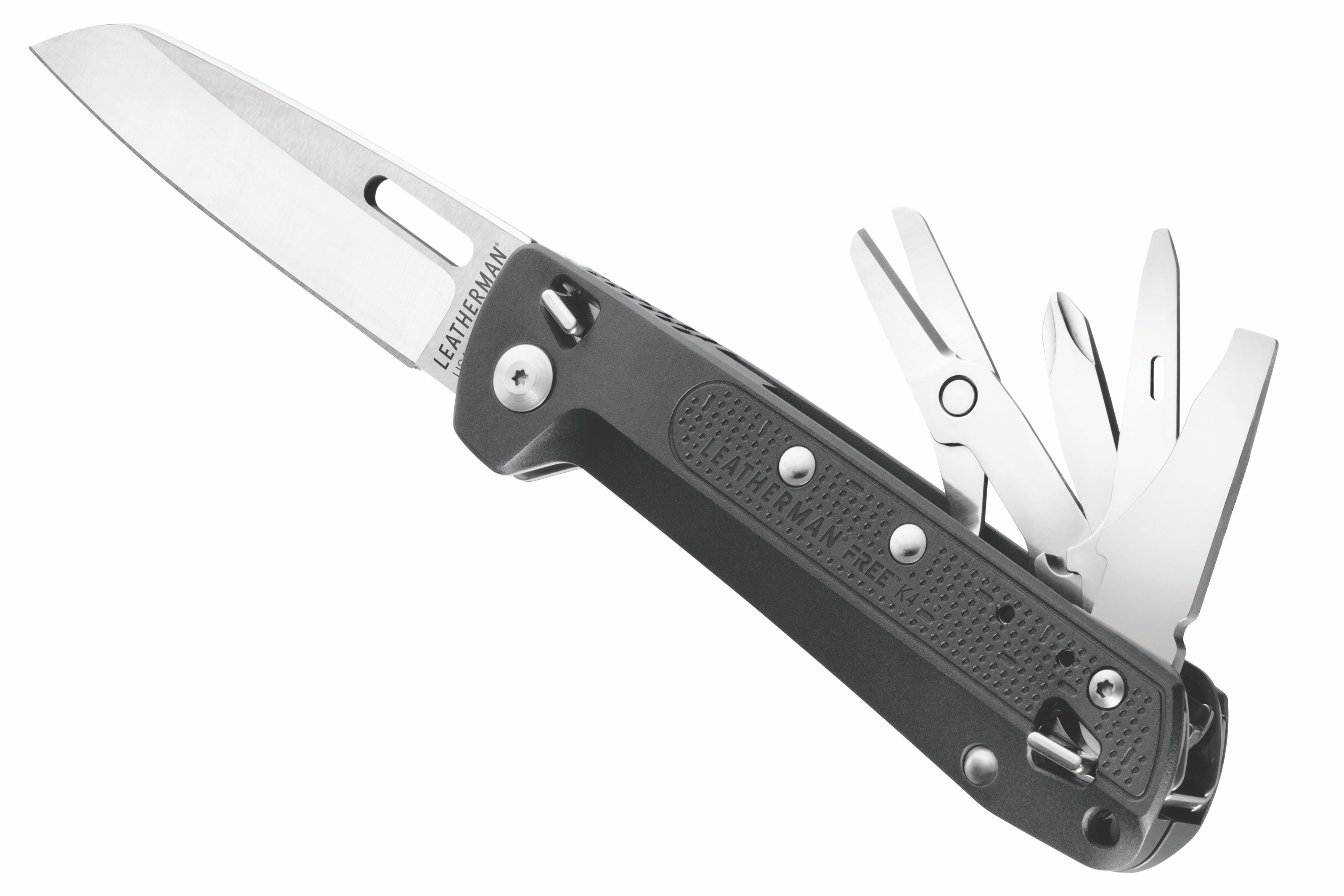 As for the tools, the K4 gives you everything the K2 does — extra-small and medium flathead drivers, Phillips driver, bottle opener, awl, pry tool, and package opener, all packed onto three implements. Plus, the K4 adds a spring-loaded scissors to the mix (which the K2 lacks), bringing the total tool count to eight — not including the knife.

Like the P Series before it, the K-Series uses its built-in magnet to hold the tools closed. This is important because it makes the tools easier to access than Leathermans past.

Instead of trying to pick open the tools with a fingernail — Leatherman has received its share of “busted nail” complaints over the years — the K4 opens itself with a smooth thumb roll. Doing so fans out all of the tools, allowing you to select an implement more easily. 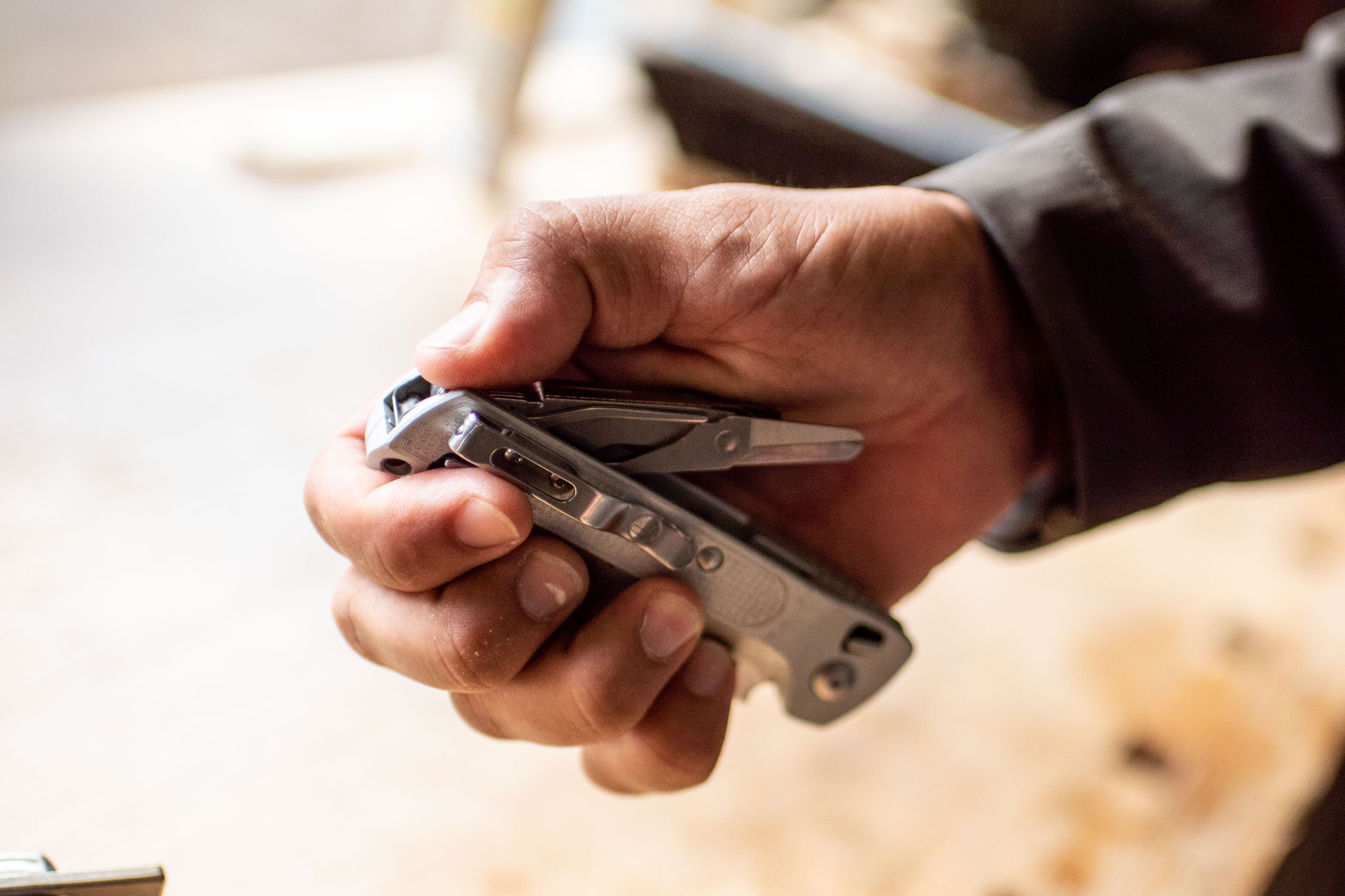 Is this the right pocket knife for you? It seems the K-Series will work great for those who either don’t want to shell out the $120-140 for a P Series or who just don’t need that many tools.

There are higher-end pocket knives out there that really require a hard, long-lasting blade. But for the generalist who needs a knife and some occasional daily tools, the K-Series provides an easier-to-use option over Leatherman’s pocket knife predecessors.

Up Next: How to Dress a Duck — and Most Game Birds