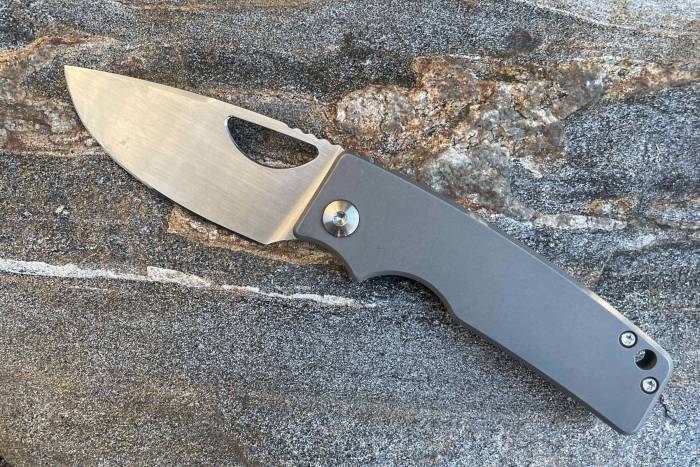 You literally have to win the lottery to get an Oz Machine Co. Roosevelt — but it isn’t cheap. Here’s what makes it the trendiest knife on Earth.

For more than a year, Oz Machine Company has focused on perfecting its single knife model, the Roosevelt. Though it’s been available as bespoke blade under the monicker for 3 years, it’s only recently that Oz Machine Co. has made it a large-batch production knife.

And it is one of the hottest knives in the world right now and after some pocket time, it is easy to see why.

What’s more stunning is the fact that the knife comes out of a small mom-and-pop machine shop in Indiana. And while it’s $700-800 price tag sounds tough to justify, its popularity has proven undeniable; it consistently sells out in hours.

New drops occur through Oz Machine Co.’s lottery across its channels — both social and website— so is it worth your time and money to try and snag one? Read my full review to find out.

In short: This is a knife for EDC and knife collectors. While the Roosevelt is expensive, its grind, materials, fit and finish, and deployment are truly elite on the market today. It has limited availability for a reason — this is one of the best EDC knives in the world, if price is no object.

The Roosevelt, or Rosie as it is known by knife enthusiasts, is a knife designed for everyday carry. It is surprisingly tall and quite squared off in appearance.

The knife has a prominent finger choil that allows for exceptional blade control. It deploys with a “Spydie flick” — that is, kicking the knife open by contacting the opening slot with your middle finger.

It can also be rolled open with your thumb like a traditional Spyderco. The Roosevelt is quite light for its size, with pocketed titanium handles to reduce weight. It has a machined clip that, like the rest of the knife, is squared off a bit.

The blade is LC200N (aka Z-Finit), and the knives can be customized on order with the review sample (on loan from Nick Shabazz) having a Dark Ti backspacer and clip.

Most Roosevelts are now sold through a lottery, and they go quite quickly. Oz hasn’t had stock after the first day of sales in more than a year. Deployment is made exceptionally smooth by a ceramic ball pivot and a unique double detent design.

The exposed rear tang, normally a design no-no, is mitigated by the fact that it is rounded over making for a knife with no sharp corners when closed.

There is a lot to like about the Roosevelt, as it is a highly purpose-driven design. Knives that are lighter in ounces than their blade length in inches are always on the right track.

The blade is exceptionally thin and slicey. I like the grip in hand, with a large finger choil. But the star attraction here is, unquestionably, the opening action.

You will not find a more kinetic deployment on a knife anywhere. The knife opens every time with ease, surpassing the majority of custom knives I have handled. In a market obsessed with flickable knives, it is easy to see why the Roosevelt sells out instantly and has for more than a year.

There is nothing straight-up bad about the Roosevelt, but there are two things that might conflict with people’s preferences.

First, the knife is exceptionally tall, especially when closed. It feels a lot like a deck of cards in the pocket.

Second, the knife is pretty boxy, especially around the clip. Now, of course, nothing is sharp, but modern sculpted clips tend to have a ramp near the end of the handle to reduce hot spots.

The knife’s availability is incredibly poor, but that is not a drawback to the blade. At its base price of $700, they fly out the door like jets launched off an aircraft carrier.

Secondary prices regularly surpass four figures. I don’t believe the knife is worth those asking prices, though to be fair I don’t think any non-collector’s item production knife is worth that much.

No knife is more on-trend right now than the Roosevelt, and it is an excellent EDC choice if you can score one. 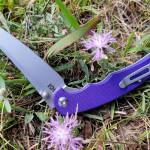 Knife design is a subtle art. A blade can be well made, beautifully finished, and competitively priced, but if it struggles as a tool, then the whole exercise is in vain. Read more…