A group of iconic 1930s and ’40s silkscreen posters promoting America’s national parks were lost for nearly 50 years. But now they’re back in the form of Victorinox’s newest pocket knife collection.

A group of original national parks silkscreen posters was on the way to the dump. But Park Ranger Doug Leen decided they were too cool to trash. He made it his mission to find and recover them. Through an ongoing and search, Leen has recovered 12 of the 14 original poster designs. 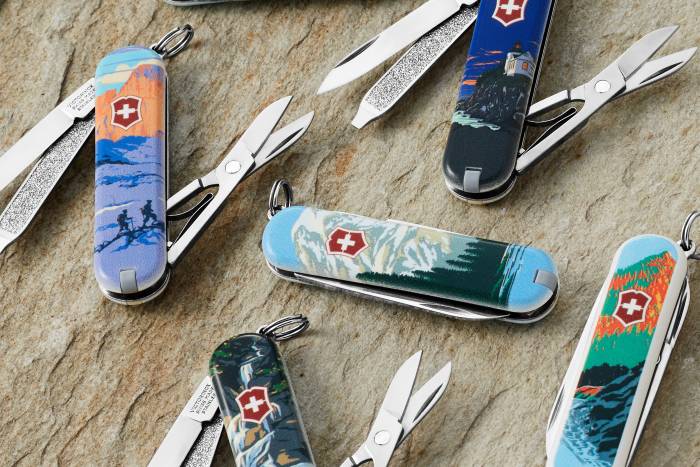 And Victorinox thought they were cool too. So the brand launched a special collection of Swiss Army Knives titled “Ranger of the Lost Art.”

The special collection depicts several of the poster designs. The collaboration aims to continue the original mission of the WPA posters: promoting the arts, health, and travel to our great national parks.

Six of the designs, available for $22 each on swissknifeshop.com, pay homage to some of America’s largest national parks, including Mount Rainier, Yellowstone, Rocky Mountain, Shenandoah, Acadia, and Great Smoky Mountain. Each tool comes with a small blade, scissors, nail file, screwdriver, toothpick, tweezers, and key ring. 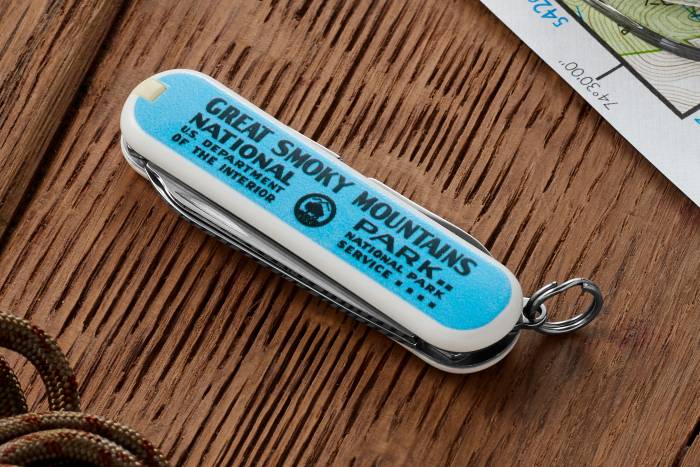 Up Next: Spyderco Endela Review: A ‘Just Right’ Compromise Between 2 Great Models