Each year, hundreds of thousands of visitors go to see the majesty of Mesa Verde National Park. But only a select few get to tour breathtaking backcountry dwellings rarely seen by the public.

In the southwest corner of Colorado, Mesa Verde is home to some of the best-preserved Ancestral Pueblo cliff dwellings in the country. In 1906, Mesa Verde became the 10th national park — and the first in the world to “preserve the works of man.”

The park’s ruins are an amazing testament to humanity’s ingenuity in overcoming hardships of the unforgiving Four Corners region.

While the park protects over 5,000 known archaeological sites and 600 cliff dwellings, only five dwellings are open to the public. Most visitors don’t know that there’s a series of special guided backcountry hikes to archaeological sites. These are normally off-limits to the public, and the park doesn’t even advertise them. So if you want in, here’s what you need to know. 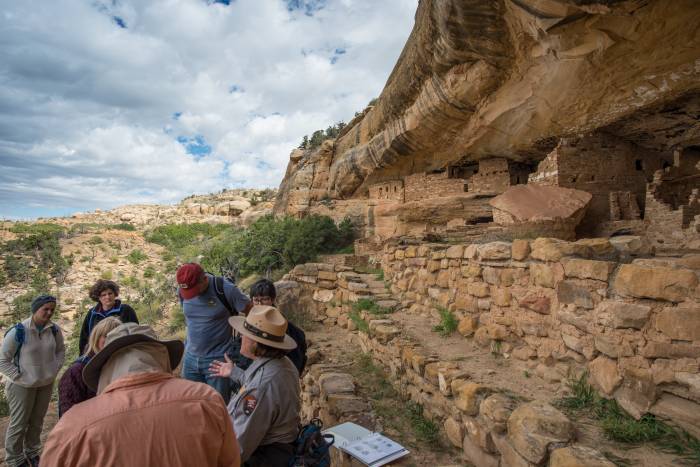 Every few years, the park permits a few hundred people to visit some of the best-preserved Ancestral Pueblo cliffside dwellings. The public hasn’t seen many of these since the early part of the 20th century. But you can’t just roll up to the Mesa Verde visitor center. Reservations must be acquired online.

This year, park guides are offering a special backcountry hike to visit Mug House, a massive, multiroom dwelling at the farthest end of Wetherill Mesa. The hike allows a small group of visitors an up-close, intimate tour led by a knowledgeable park ranger. 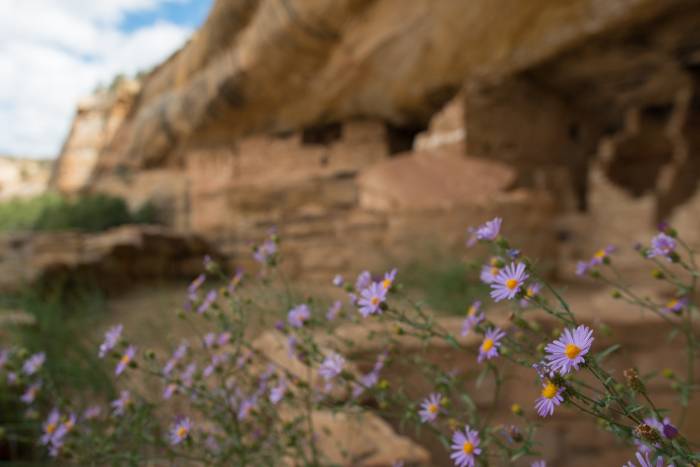 During the winter of 1889-90, six men (five Wetherill brothers and Charles C. Mason) explored ruins of a massive multiroom Ancient Puebloan complex at the far end of the mesa. They first uncovered the Mug House site.

The crew turned up buckskins, poetry, stone axes, and knives. But they also found three mugs tied together with a yucca cord, which presumably gave Mug House its name.

The original artifacts have either been lost to time or looted. But several examples of these artifacts and black-and-white stoneware mugs can be seen today at the Mesa Verde archeological museum, located inside the park. 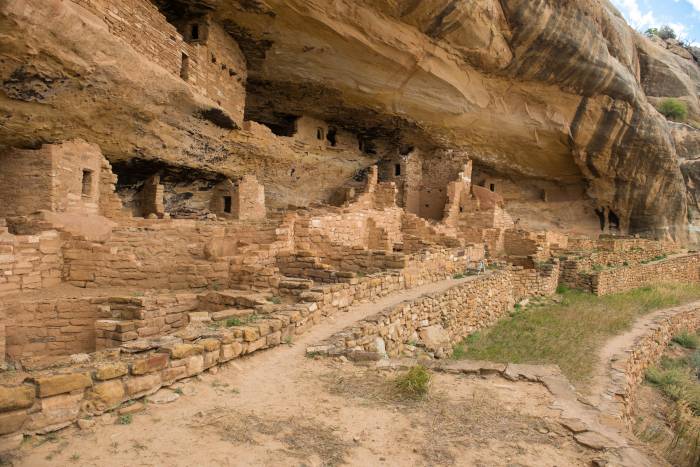 A year later, the Wetherill brothers returned to the site with Gustaf Nordenskiold. The 23-year-old Swedish scientist was the first to try scientifically documenting the site and the surrounding dwellings. But he was also notorious for loading train cars full of pottery and other artifacts from Mesa Verde sites, including Mug House. He shipped the pieces to Europe, and they eventually landed in the National Museum of Finland.

Today, there’s still a dispute over whether the artifacts should be returned to Mesa Verde or the ancestors of the Ancient Puebloans.

In the summer months, temperatures on the mesa can reach 100 degrees, with brutal sun. Thankfully, on the day I went, ample cloud cover and a slight mist welcomed our group of 10. The hike to Mug House is a challenging 3-mile trek through uneven terrain and may not be suitable for the youngsters. 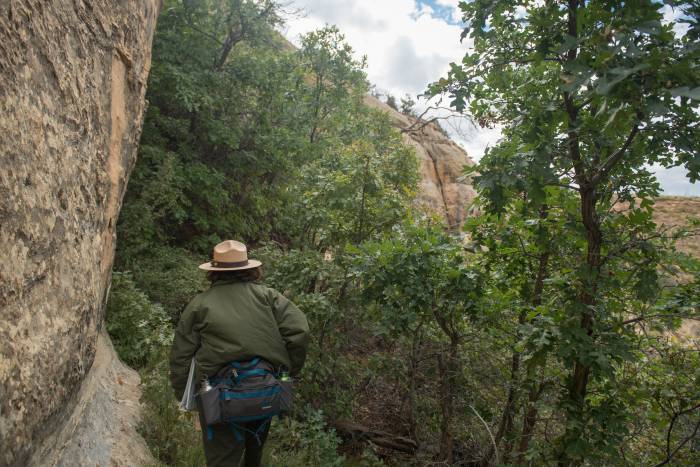 But the advantage is that you’ll get to see something that only a few hundred people a year get to. Mesa Verde’s mission is one of archaeological conservation and nature preservation. The focus of these special hikes is to leave as little impact on the environment as possible while also giving the ranger ample time to explain elements seldom seen by other park visitors.

My group walked to an unmarked spot half a mile from the parking lot on Wetherill Mesa. We descended through the scrub while our guide gave us a lesson on the local flora. Coming to large sandstone cliffs, the party carefully climbed down single file using the same toe and hand holds created by the Ancient Puebloans centuries ago.

Attractions Along the Way

There are several notable spots before actually reaching Mug House. These include a giant wave-like pictograph — possibly a snake motif — and hearth fires of ancient dwellings, which have left shadows of smoke on the sandstone cliffs.

Unlike other archaeological sites in the park, this one has been undisturbed since its discovery and will never be fully excavated. Bones, tools, and impressions from ancient fireside corn cobs imbue the space with a sense of industry and life. But most notable are the beautiful black-and-white potsherds that appear ageless and still gleaming. 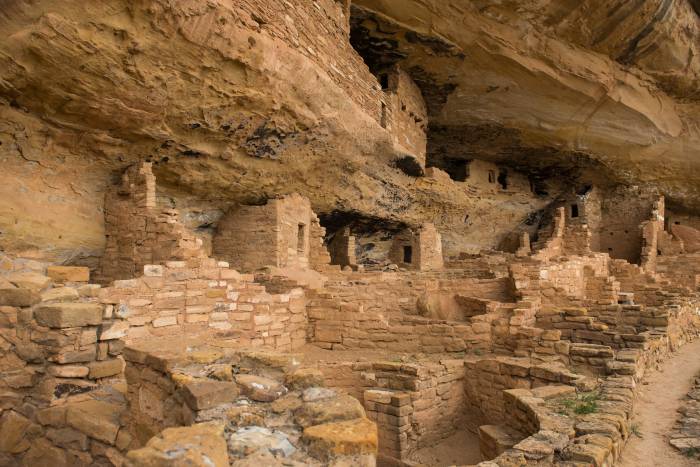 Mug House itself is one of the largest complexes at Mesa Verde, with 94 rooms and eight kivas (rooms used by Puebloans for religious rituals and political meetings), possibly housing up to 80 people at its height.

Our ranger regaled us with detailed stories about the restoration and stabilization of the site in the 1920s, as well as the controversies of early explorers removing artifacts bound for museums and private collections all over the world. The intimacy of the small-group setting prompted lots of discussions about the mysteries and culture of the Ancient Puebloans.

The entire Mug House hike lasted just over two hours. Although not one of the longest backcountry hikes, it certainly offers a chance to get up close and personal with sites that aren’t on the regular tour schedule. If you get a chance to participate, don’t pass it up.

The trip is available on Tuesdays, Fridays, and Saturdays from May 29 to October 19 and departs Wetherill Mesa at 9:30 a.m. for one tour each of those days. The trip is limited to 10 visitors with a reservation.

The tour costs $25 per person. People of all ages are welcome, though please note it can be strenuous from heat and rough terrain. 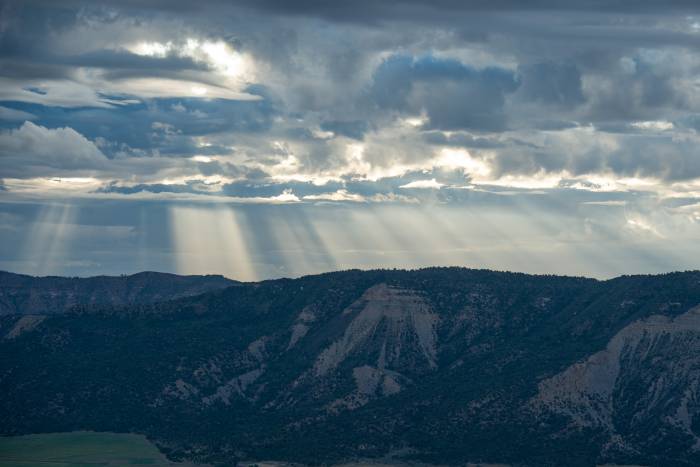 This short but strenuous hike leads to a stunning and surprisingly intimate cliff dwelling. Unusual aspects include an original kiva roof and the Crow’s Nest, features you can’t see from the viewpoint on the canyon rim.

This hike may not be appropriate for young children. Each hiker must be able to scramble over boulders and navigate steep gravel trails unassisted.

For an amazing chance to tour Mesa Verde’s largest cliff dwelling, Cliff Palace, try the twilight tour. On this evening adventure, dramatic sunset lighting will appeal to photographers as well as those seeking a deeper connection with this extraordinary archeological treasure. Tripods and all kinds of cameras are welcome.

Up Next: Danner Wayfinder: A Breathable Boot for Women Who Hike and Hunt

Saving…
Danner Wayfinder: A Breathable Boot for Women Who Hike and Hunt
Watch: Conrad Anker Guides Us Through His Montana Hometown
×