Add ingredients, push start. This machine does the rest. 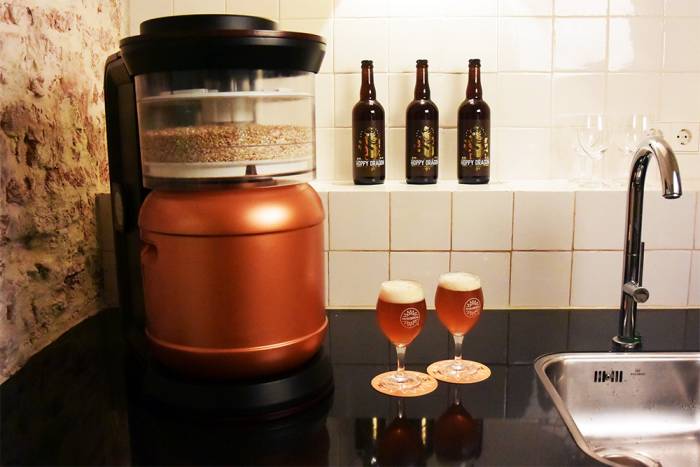 The art of brewing beer, by some estimates, is thousands of years old. Even with the modern explosion of home brewing, making beer is a craft that takes patience, expertise, and a lot of materials.

That is, until this summer when the kitchen-friendly Mini Brew officially launches worldwide. The Mini Brew is a WiFi-connected, all-in-one beer-brewing system that works like modern coffee-makers.

Plus, the brand will deliver “ingredient packs” to make your choice of beer.

Right off the bat, we should note that we haven’t tried this system. So, while we love our beer, we don’t know what Mini Brew beer tastes like. 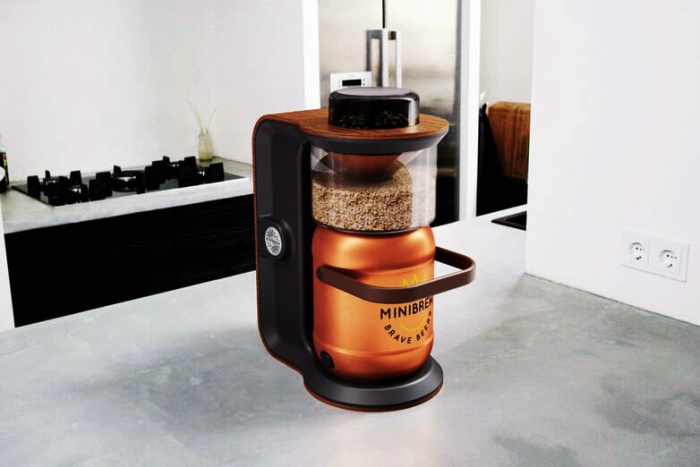 That said, the system looks interesting. Founded in 2014, Mini Brew has been perfecting its technology and manufacturing, leading to its near-complete prototype.

It will have an approximately 11″ x 22″ footprint and stand about 17 inches high — perfect for most kitchen counters.

A five-liter (about 1.3-gallon) keg sits on the base. Above it is a grain hopper and six hops/yeast/flavor compartments. Once you add the ingredients, simply activate the brew cycle using the free Mini Brew app.

That’s it. Three-and-a-half hours later, the brew cycle finishes and the fermentation begins. Mini Brew states, depending on the beer style, finished beer takes between a week and several months.

The first systems will only brew Mini Brew’s ingredient packs, which you can order through the app. But the designers plan to make the machine compatible with brewers’ own custom recipes in the future. 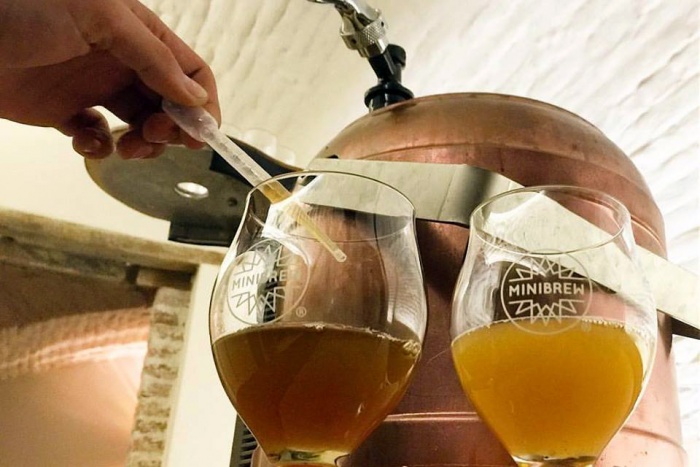 A wireless internet connection is necessary, as the Mini Brew downloads brewing instructions for the beer you select through the phone app. However, once a brew cycle starts, the machine will brew that batch even if the connection is lost.

The kit is not cheap. Retail is expected to be over $1,100. Depending on the beer you buy now, the machine could pay for itself (eventually) — each $15-$20 ingredient pack yields 1.3 gallons of beer, more than you get from a 12-pack.

Plus, each brew keg comes with its own tap, so there’s no need to decant. Mini Brew sells additional copper kegs ($390), so you can keep brew multiple batches.

The brand suggests a six-month shelf life for each keg.

Saving…
This Swiss Army Knife Is Made From 24 Cups Of Coffee
Not Your Average S’More: Try This Fire-Roasted Treat Inside Or Out
×